Like many children growing up in poverty, Ronnie didn’t really notice he was poor. It was just how life was in his neighbourhood in Cochabamba, Bolivia. His dad didn’t live with his family or provide for them, so Ronnie, his mom and three siblings never had enough—not enough food, not enough clothing and not enough money for school fees.

Most of the people in Ronnie’s neighbourhood of La Chimba were unemployed. Those who did work, selling vegetables on the streets or laying bricks, would make about $70 a month. It wasn’t uncommon for young men to quit school and become ensnared in alcohol or delinquency.

But Ronnie learned that, despite the poverty around him, the Lord always provided for him somehow.

One of the biggest ways God provided was through Compassion. Ronnie was sponsored when he was five. He got help with food, health care and education. But Ronnie says one of the most important ways it helped him was in introducing him to God.

Ronnie first learned about Jesus at his Compassion centre, and he eventually made the choice to accept Him as his Saviour.

Ronnie remembers all the advice and encouragement that the tutors at his centre gave him, and all the deep friendships he made. One of his friends he made at the Compassion centre is still one of his best friends today.

His sponsors also made a huge impact on Ronnie, supporting him all the way through the sponsorship program. They became a part of his life. Today, 15 years after graduating, he still keeps all their letters and pictures, from when they first got married to when they had children. His sponsors motivated him and made him feel loved.

“Although I never met them, they were like parents to me,” says Ronnie. “To see all the love and help they gave me made me feel important and special.”

Ronnie was not only released from poverty, but his heart and character were transformed. 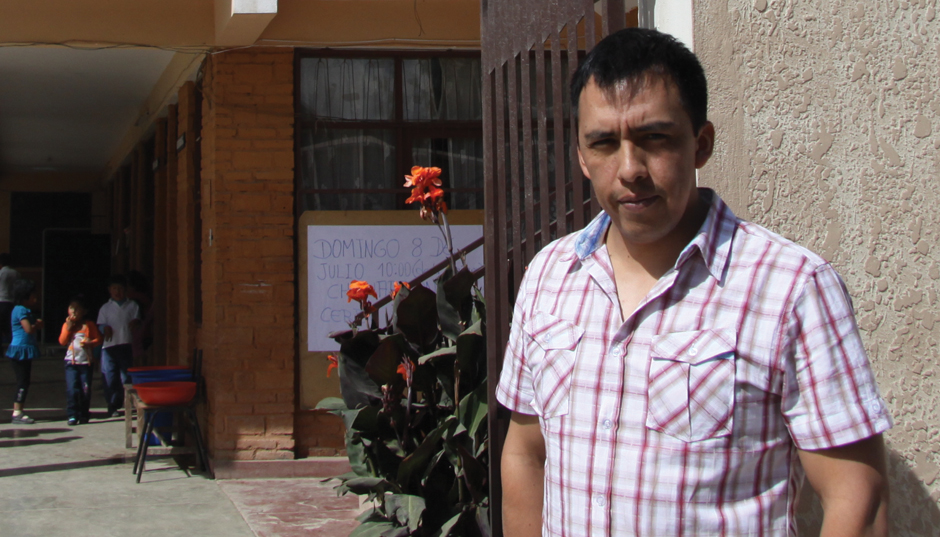 From being helped to helping others

After graduating, Ronnie studied auditing at the public university of Cochabamba. Now 33-year-old Ronnie works at an auto parts importer. He has gained the trust of the manager and is in charge of the administration of eight dealers in four different cities. He oversees all the work, from the importations to the accounting.

God provided for him and now Ronnie is supporting his mother and three siblings. But Ronnie doesn’t limit his help to just his family. Through Compassion’s ministry, God gave him a sensitive and compassionate heart and he takes every opportunity to help children in need. He still visits his old Compassion centre to encourage and counsel the children. He tells them to keep studying hard and choosing God’s path.

Ronnie hopes that one day he will be able to start a family of his own and he dreams of becoming a professor. Ronnie also dreams of helping a child in need just as he was helped by one day sponsoring a child through Compassion himself.

Ronnie was not only released from poverty, but his heart and character were transformed.

“I never knew how different my life would have been without Compassion,” says Ronnie. “But the most important thing is that through the centre, I was led to the church and the principles and values one learns there are the most significant.”

The impact of sponsorship in Ronnie’s life wasn’t just food for a day, but a lasting difference that continues to bear fruit as He follows God.

“I’ve been deeply marked having been sponsored,” he says. “I had everything in the correct timing; when I needed school material, there it was. When I needed a friend, I had a friend. When I needed food, I had food.

For me everything has been extraordinary. The memories of what I experienced through Compassion are many and very nice. I wouldn’t have changed my life for another situation, despite the needs we had. Sponsorship was one of the best things I had in my life.”

Story and photos by Galia Oropeza