The moment you meet Cynthia Trump-Fougere from Carstairs, Alberta, you feel welcomed and at ease. Her bright, blue eyes twinkle with quick humour and her infectious laugh portrays a woman with a zest for life and an unrestrained love for others.

But she’s the first to admit that finding joy was sometimes a struggle.

A generous heart, Cynthia gave of her time and resources over the years to various local charities, trying to live out her faith and bring hope to the lives of others. She loved helping and connecting with people, but she still felt something was missing in her life. Eventually, through the encouragement of a close friend, she decided to sponsor a child.

“It’s something my heart has always wanted me to do,” she says.

“I was so excited…it opened a whole new door for me.” 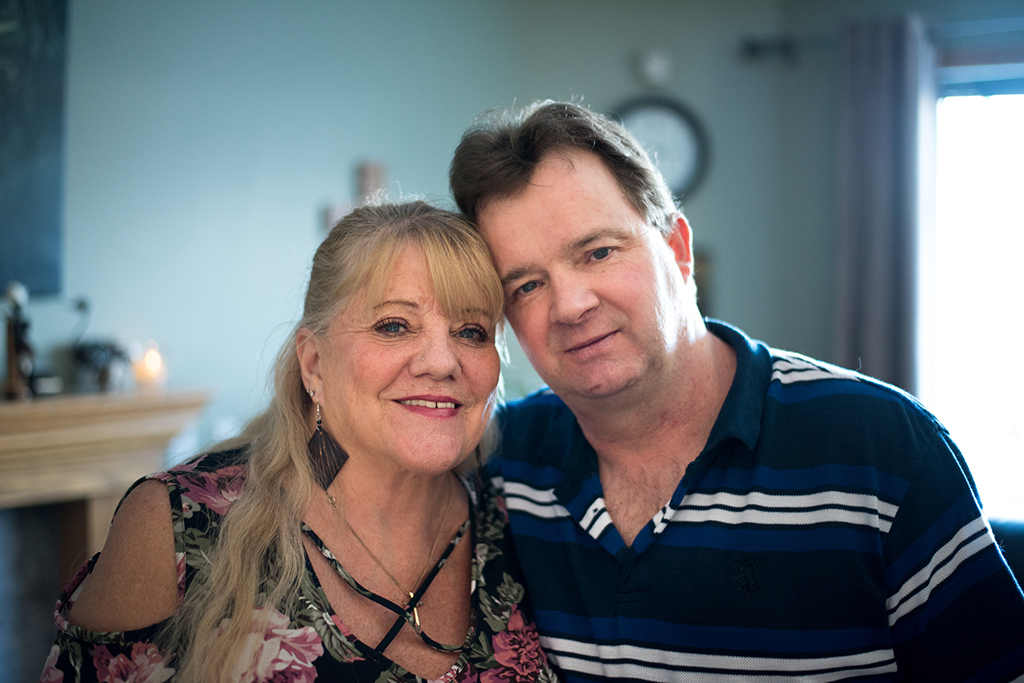 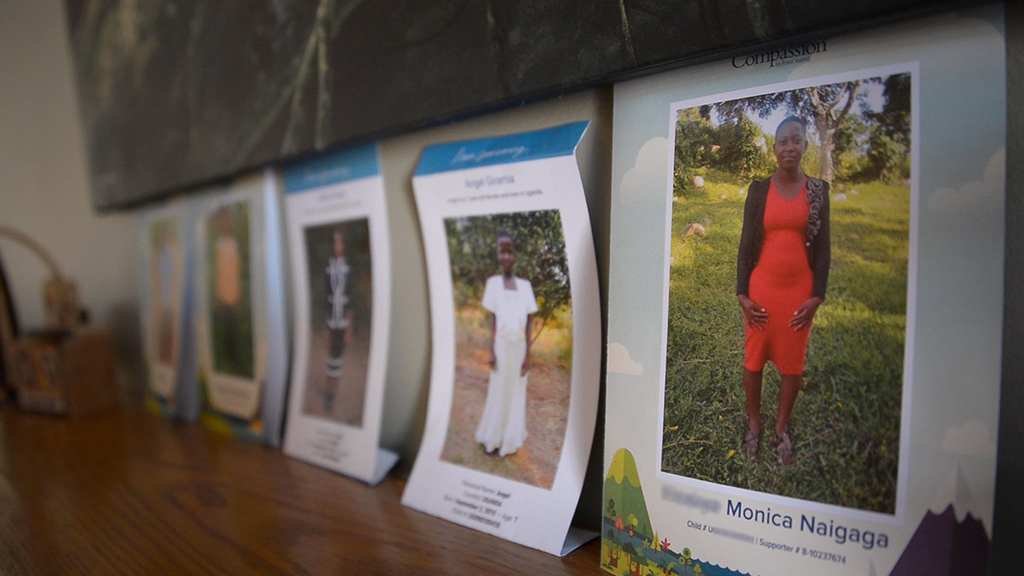 Her first two sponsored children were young boys from Uganda. She then felt drawn to sponsor a girl, wanting to give her a better chance at overcoming the challenges girls and women typically face. She chose to sponsor Monica, an older girl from Uganda. Eventually, she and her husband, Rob, sponsored two more girls, also from Uganda.

“By sponsoring these children, I‘ve filled that sadness of not having children,” says Cynthia with a smile.

“I’ve fulfilled something that I was missing all my life.”

A former postal worker, Cynthia loves writing and receiving letters. She especially loved receiving Monica’s letters over the years, which were never lacking in detail.

“Her letters weren’t short; they were newsy and she told me all about herself,” says Cynthia. “Monica is a wealth of information, always chatty, always telling me about everything. She brought me into her life and taught me a lot about it.” 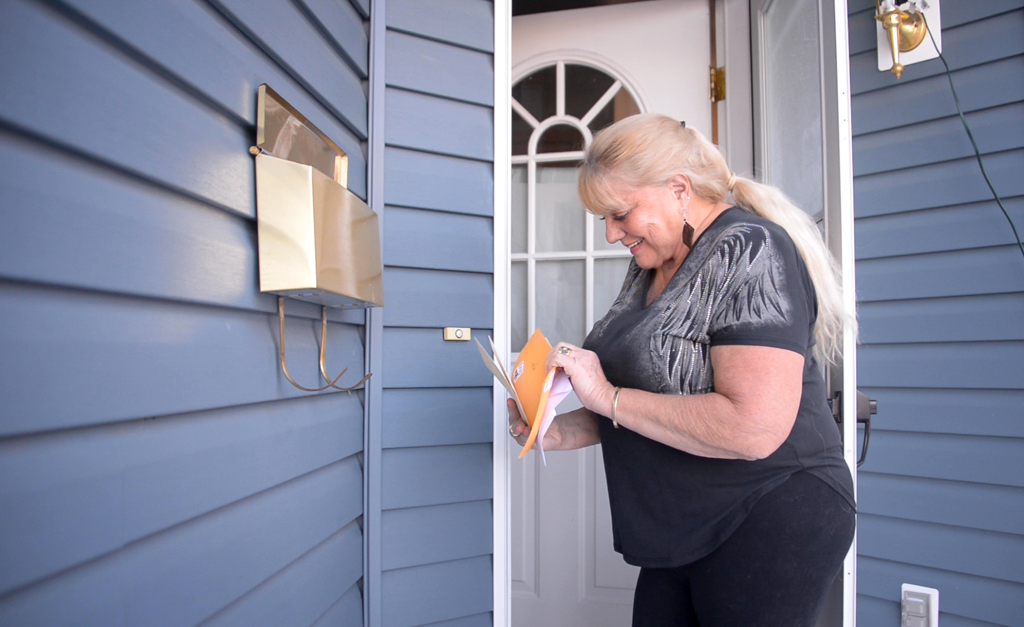 Little did Cynthia know how intertwined their lives would really become.

Years into their relationship, Monica wrote Cynthia and Rob with news that she was now an aunt of three precious babies. Monica had insisted on naming the children, wanting to honour her beloved sponsors. Knowing how deeply Cynthia and Rob’s support had impacted their sister and their family, her siblings agreed. Monica chose to name her nephew Rob, and her nieces, Trump and Cynthia.

Cynthia and Rob were overwhelmed with the honour, never dreaming they would have children named after them.

The two families had an undeniably profound connection, despite the many miles that separated them. But at times those miles seemed impassable—Cynthia feared flying over water and never dreamed she would be able to meet any of her sponsored children. But when the opportunity arose to travel to Uganda, she knew she had to give her fear over to God and go.

What wouldn’t she do to meet Monica and her family?

Cynthia’s nerves gave way to excitement as she prepared for her trip. Before she knew it, she was in western Uganda, making her way toward Monica’s village. Clay brick homes flashed by on the rural country roads. Women with babies strapped to their backs laid laundry on thatch roofs to dry. Children waved excitedly as the van lumbered along the uneven dirt road, churning the rich, red soil as it navigated potholes and puddles from a recent rainfall. Rolling green fields and lush trees were made doubly vibrant through the clinging drops of a lingering mist.

Each sight was new and exhilarating—but the sight Cynthia longed to see was Monica.

“The closer we got to our destination, the more exciting it was to know that we were going to be there…I wanted to get out of the vehicle and start running!”

When Cynthia arrived at Monica’s family’s home, she was in for a surprise.

“Seeing her little house, I just thought we were going to meet Monica, her mom and her sister. I didn’t expect an army to come out of the house!” She laughs at the memory. “They came piling out of the two doors, and I was so stunned.” 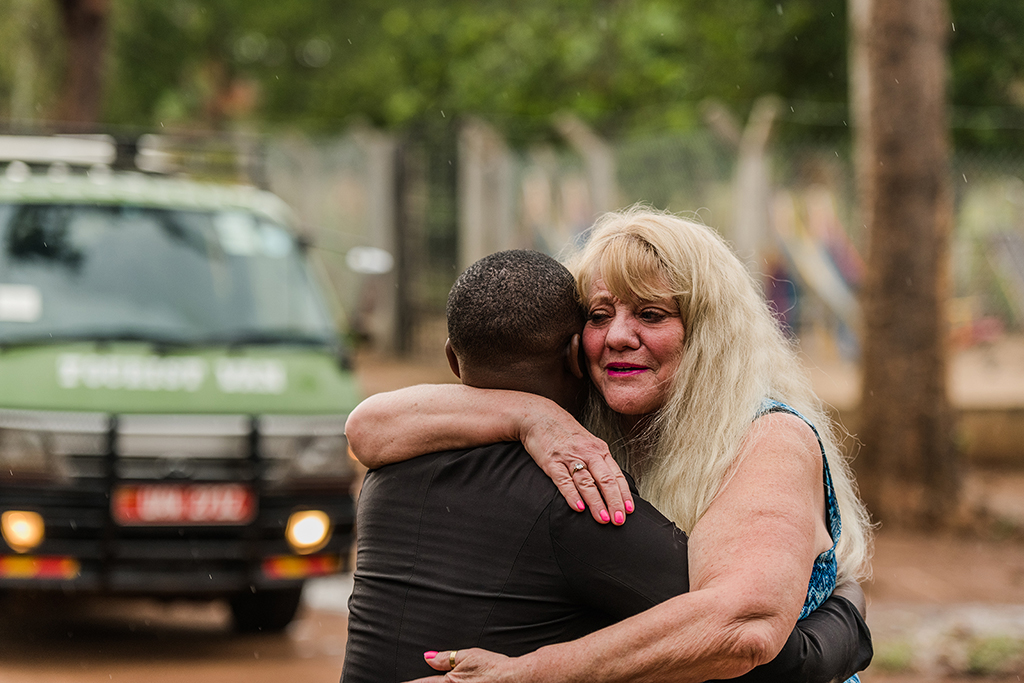 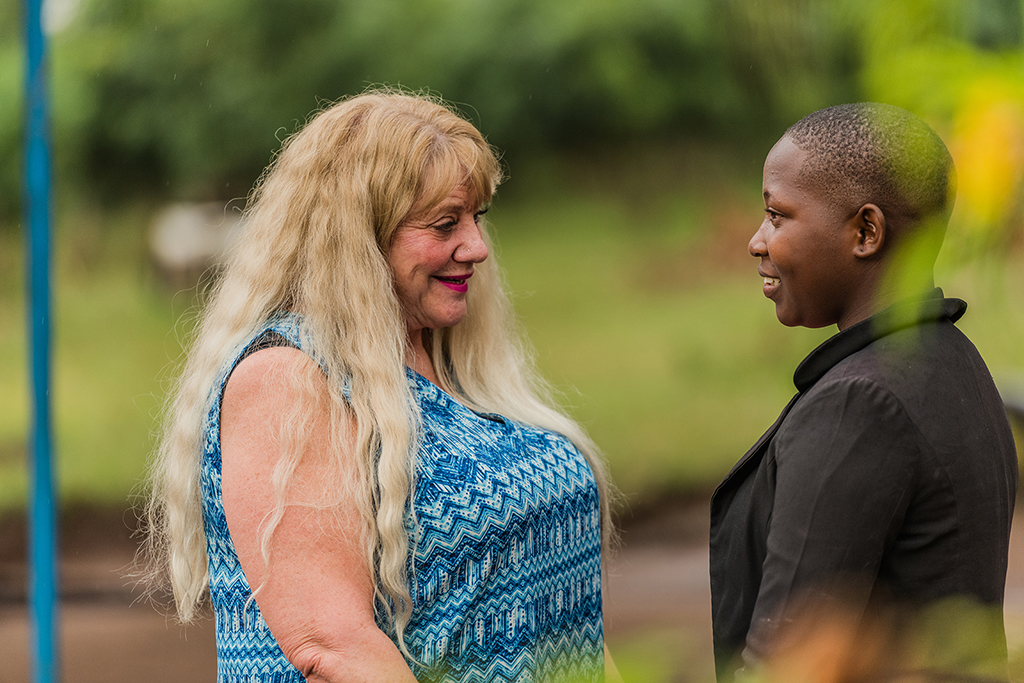 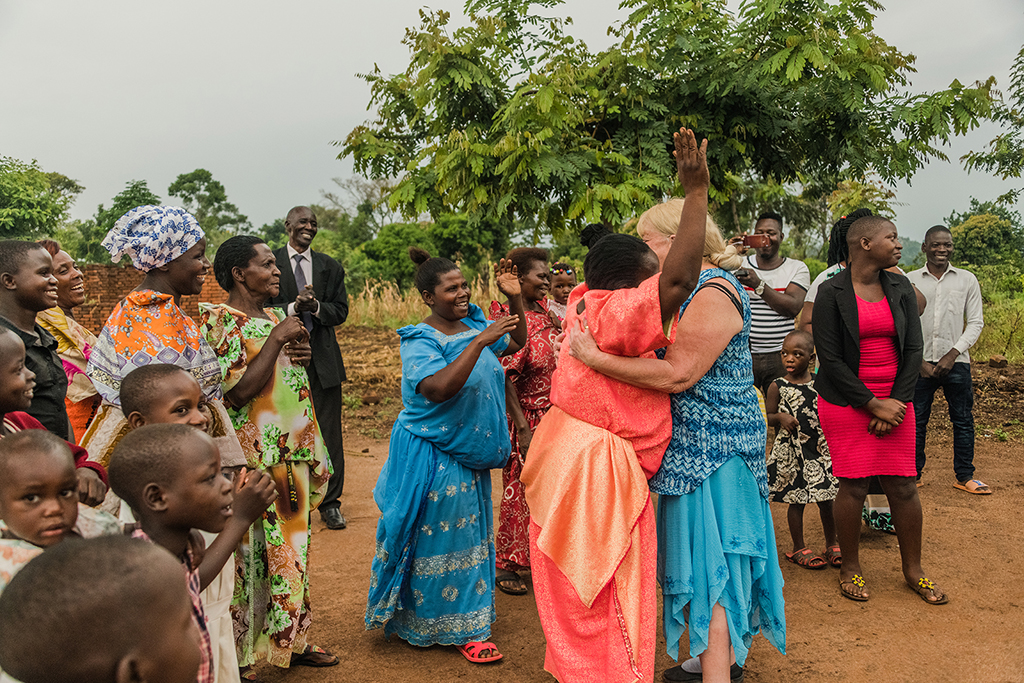 Monica, now 20 years old, is the youngest of nine children. Five of her siblings and their families—some of whom had travelled many hours—were there to meet Cynthia, as well as several children from the community Monica’s mom, Robina, has taken in and cares for. The group embraced Cynthia with shouts of joy and more than a few tears.

“It was very emotional,” says Cynthia. “Meeting her family—the love they gave me and the hugs, and taking me in—was so important. And being able to hold [Monica] and hug her and be part of her life was overwhelming. I got the feeling that I wanted to protect her…like she was my own blood.”

Meeting the three young ones named after her and Rob was an experience Cynthia will never forget.

“There was such a connection because they’re your namesakes,” she smiles.

“I have a Trump out there and a Cynthia, and we have a Rob. Seeing our ‘mini-me’s’ was such a heart-warming experience.” 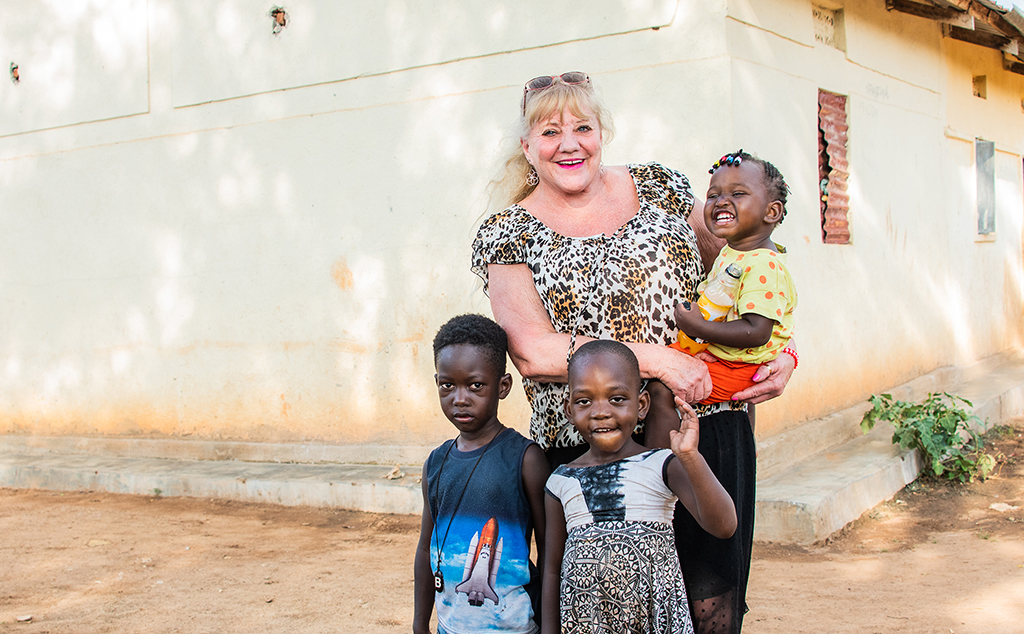 Cynthia spent time with Monica and her family at their home, sharing stories and photos, getting to know one another better and taking time for deep conversation and encouragement. She also joined Monica at her Compassion centre at the nearby local church, where more than 200 children come regularly to hear about God’s love, learn new life skills, and enjoy nutritious meals and a safe place to play—all under the watchful care of loving adults.

Watching her sponsored child—now a young adult—lead others in worship, thrive in job skills workshops and care for younger children touched Cynthia deeply.

“[Monica] is vibrant. She’s a go-getter. She’s intelligent. She leads in prayer. She’s a fantastic singer and dancer. She’s so involved with the [centre] and with helping other children, with helping her teachers. She’s a leader. And that’s why it’s so important that we help her attain her goals, because she is not a follower. She is a leader, and people look up to her.” 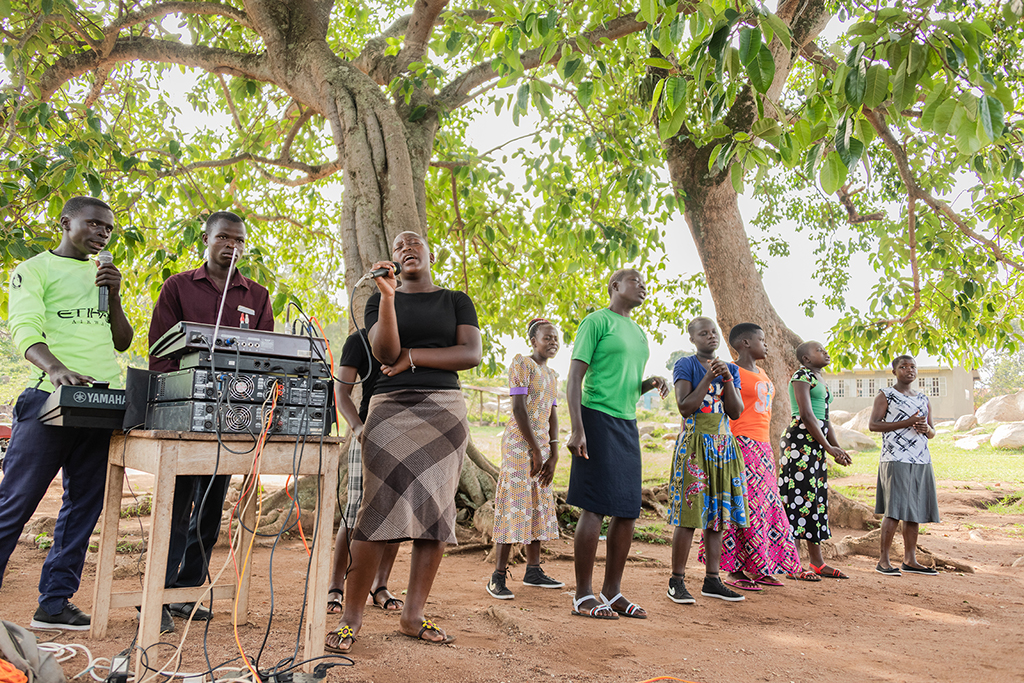 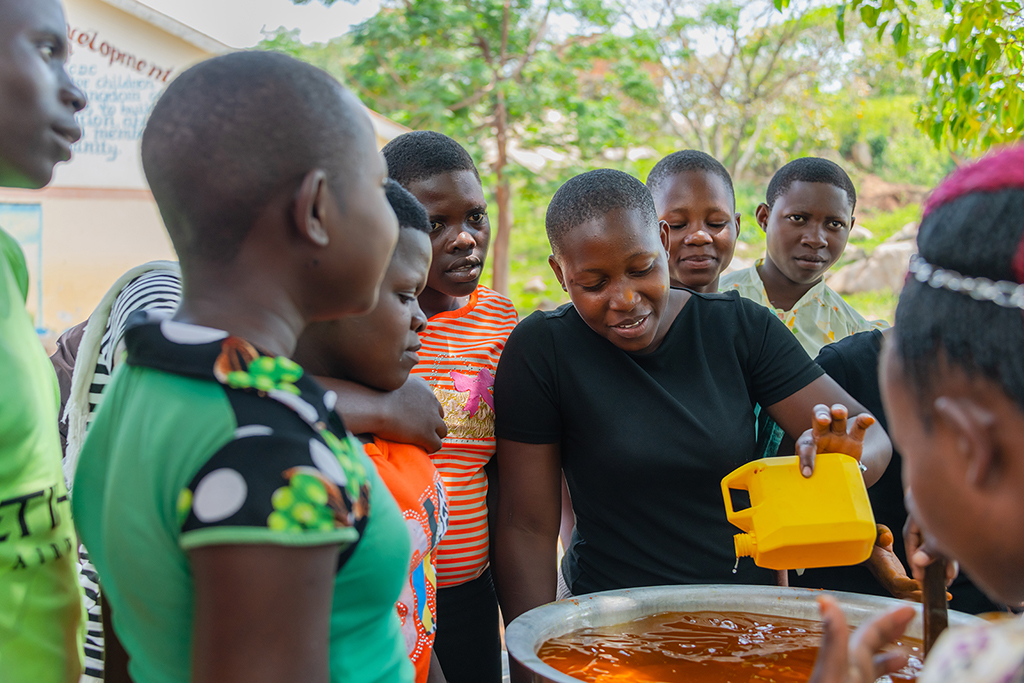 The experience has changed how Cynthia views her sponsorship.

“That door opened and we didn’t just gain Monica; we gained a family. We have a humongous family there now. So, for me to go see Monica, it’s not about just seeing Monica. I have to go see the rest of my family. I’m saving already in the piggy bank to go. I love them, and I know I’m loved,” she says.

“I’m being prayed for all the time. I know those children and their families are praying for me every day and loved me before ever having met me, and it’s unconditional. I feel like a mom… it brings meaning to my life and gives me purpose.”

Monica and her family tell their side of the story:

Your words of encouragement bring hope and joy to your sponsored child. Head to my.compassion.ca to send them a note of love today!

A version of this story originally appears in the Summer 2019 edition of the Compassion Magazine.