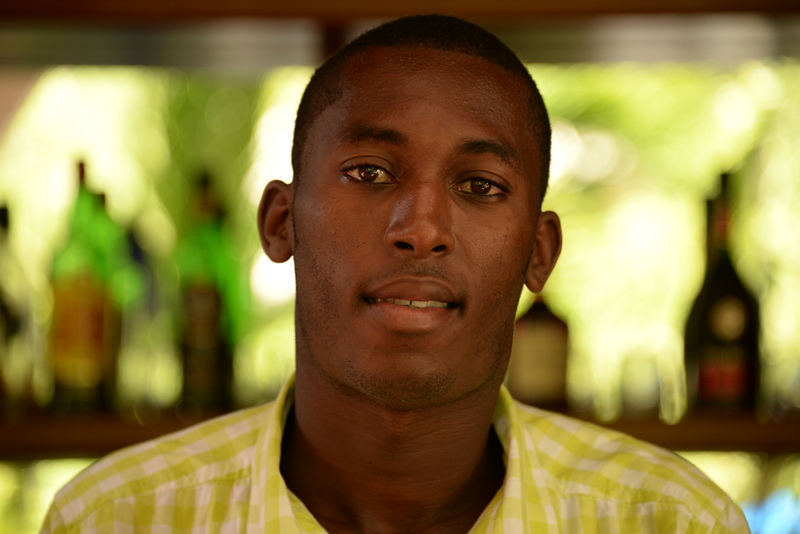 Watson had to leave his family when he was just four years old. Living in the isolated and impoverished town of Les Palmes in the mountains of Haiti, his father made very little money as a day labourer. He simply couldn’t provide for his large family.

So Watson was sent to live with a good friend of the family in the nearby city of Petit-Goâve. In this coastal city, many people still live on one or two dollars a day, but there are more opportunities than there are in the country. For Watson, opportunity came in the form of the Compassion centre at a local church.

Watson was sponsored when he was just five, and through the program he had the chance to go to school, receive medical care and begin developing his character.

“Being at the Compassion centre gave me the chance to learn many things that made me different from children of my age in my hometown,” says Watson. 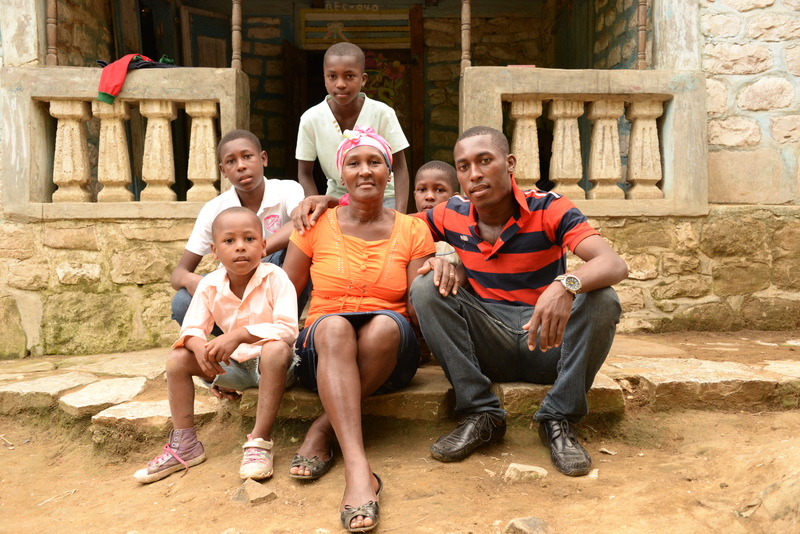 But his family’s situation in Les Palmes only grew worse. When he was 12, Watson’s father abandoned his family and his mom was left as the sole provider for his five brothers and sisters. Working as a subsistence farmer, his mother couldn’t grow enough to support the family. This impacted Watson deeply and his school performance began to suffer. At just 12, he was now the head of the household.

“I could not focus on my education anymore,” says Watson. “My mother constantly had debts because she needed to provide the daily meal for my brothers.”

Watson was downcast and worried all the time. He began to abandon his dream of finishing school because someone had to feed his brothers and sisters. But at this time, another opportunity entered his life. In 2008, the Compassion centre began a two-year woodworking program for youth led by a local carpenter. 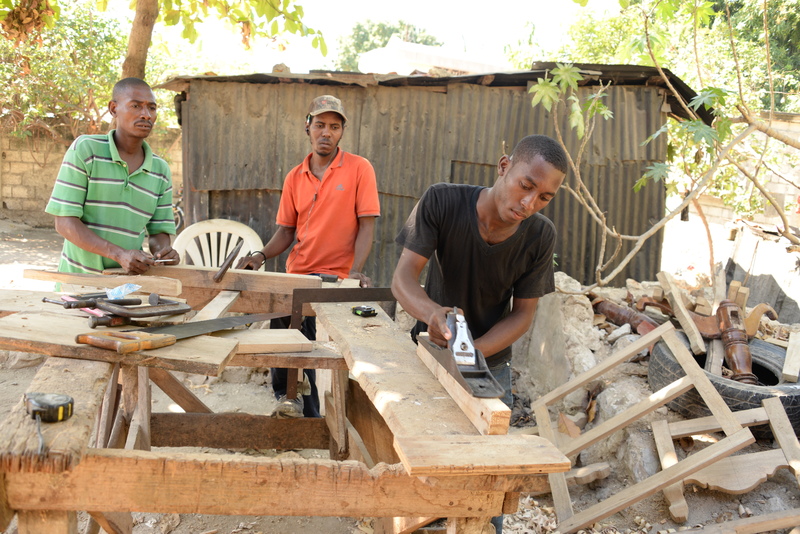 “In a matter of two months, I started to fall in love with this new career,” says Watson.

After attending the course for two years, Watson became a carpenter. He got a few jobs working for the Fort Royal Hotel and a local pharmacy in Petit-Goâve. These jobs opened up more opportunities for Watson and also allowed him to support his family.

“After my husband abandoned the family, our daily life was all about survival,” says Watson’s mother, Odula. “Apart from good neighbours lending us some money, most of my help came from Watson. He is the air I breathe.”

Now Watson, 22, has graduated from Compassion’s program and works at a carpenter’s shop in Petit-Goâve. Besides providing for his family’s basic needs, he is also paying for one of his brother’s school fees. Watson is currently working to make cabinets for the Compassion centre he once was a part of. 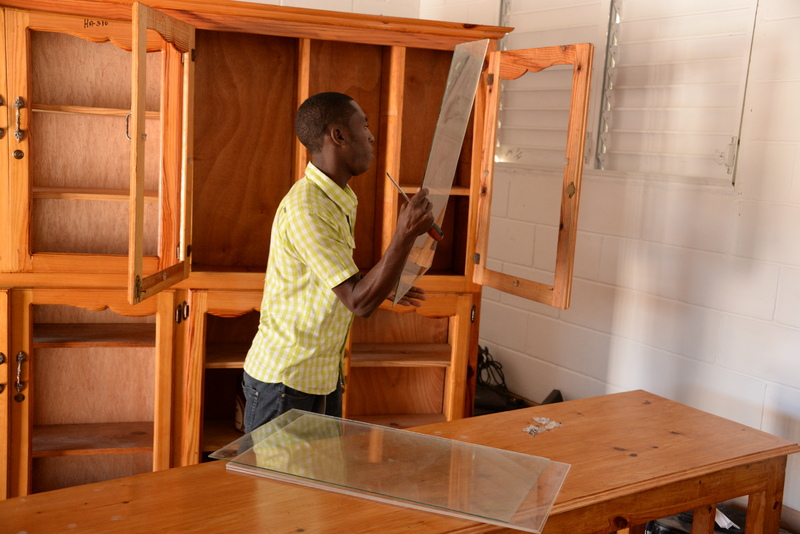 “We are proud to see Watson in the centre again,” says Compassion program specialist Mr. Lamartinière. “He has done such good work so far, and we are proud of his accomplishment.”

Watson has big dreams to help his own community in the future.

“It takes a native in my hometown to understand the challenges of the residents in Les Palmes. I always thought that I could play a part in the development of the region.”

Watson opened a small woodworking shop that sells coffins at his mother’s home to solve a problem he saw in the community. Previously, when someone died, local residents would walk five hours through the rocky mountains of Les Palmes to buy a coffin in Petit-Goâve. It would cost much more than usual because of the difficult transportation to get the coffin home. So Watson sells coffins in Les Palmes to save residents the extra cost and time of going to the city. 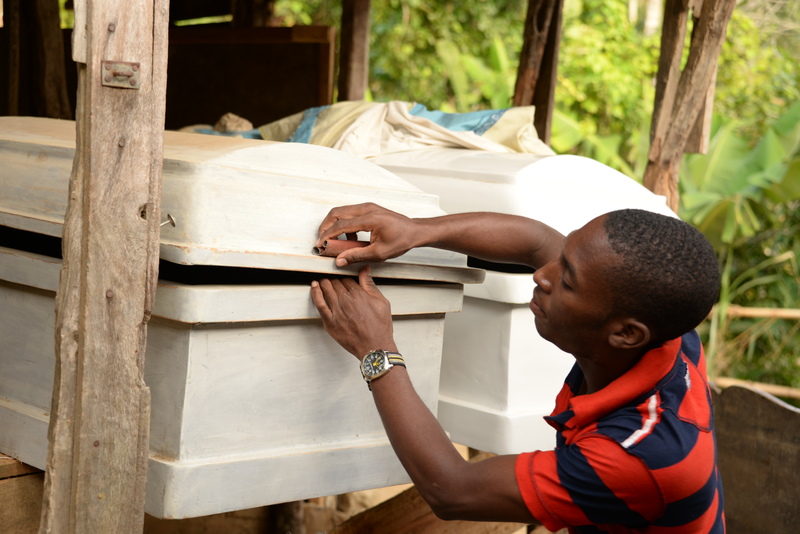 Watson looks forward to bringing more innovations to his business and hometown, and he is forever grateful for having the chances he received from Compassion.

“In the remote place where I am from, if it weren’t for Compassion, I would have never made it this far,” says Watson. “My prayer is for God to empower either me or one of the children in this town to save this impoverished community.”

Thanks to generous supporters, youth like Watson around the world are getting the opportunities they need to escape poverty while also building the character and vision to bring change to their communities.