A tragedy at infancy plunged Mutabazi into a life as an orphan filled with uncertainty and fear. “I learned that my mother died two months after I was born and shortly after my father was poisoned by a neighbour,” says Mutabazi.

This unimaginable crime changed the course of Mutabazi’s life and that of his three elder siblings. 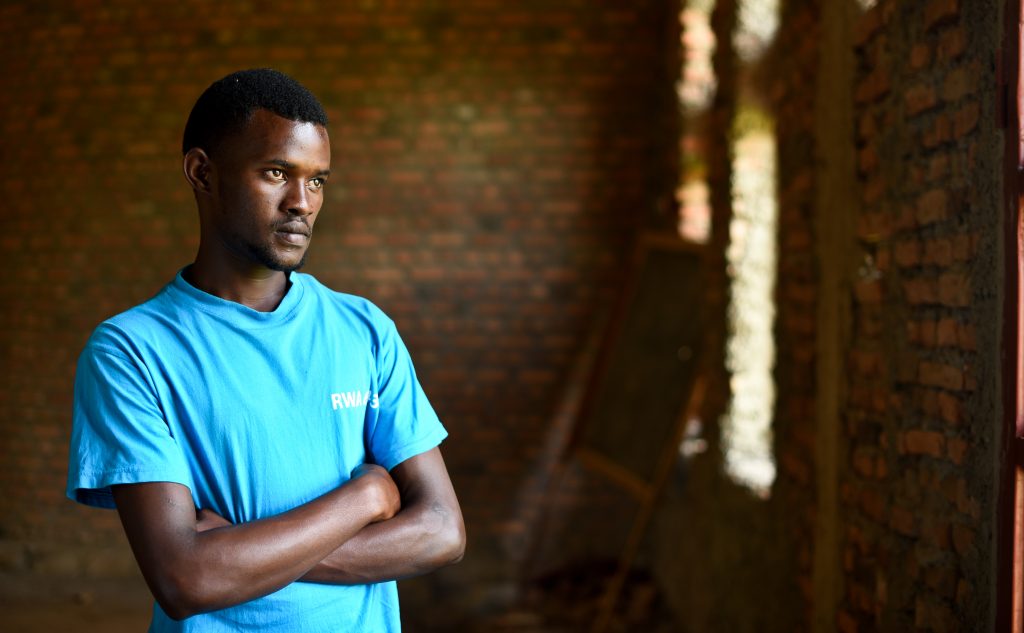 “We moved from home to home,” he says. “We first landed in an orphanage and then went in different directions. Since I was the youngest, I ended up at my uncle’s house.”

Mutabazi was separated from his siblings. When the living conditions at his uncle’s home got worse and worse, he had no one to turn to for help.

“My uncle was struggling to support his large family so I ended up working as a houseboy and delayed joining school. I became weak and malnourished because of the laborious work and inadequate food. I also withdrew from people,” says Mutabazi.

Eventually, Mutabazi went to stay with his grandparents. He hoped he would finally be able to start school, but his grandfather had other ideas. He wanted Mutabazi to be a herdsman.

“I moved from place to place in search of pasture and water for the animals, missing school,” says Mutabazi.

Mutabazi could only attend school sporadically, and his performance was poor. His confidence was dented by having to repeat school grades and, more so, studying with children who were younger and smaller than him. He grew more secluded and more distressed. 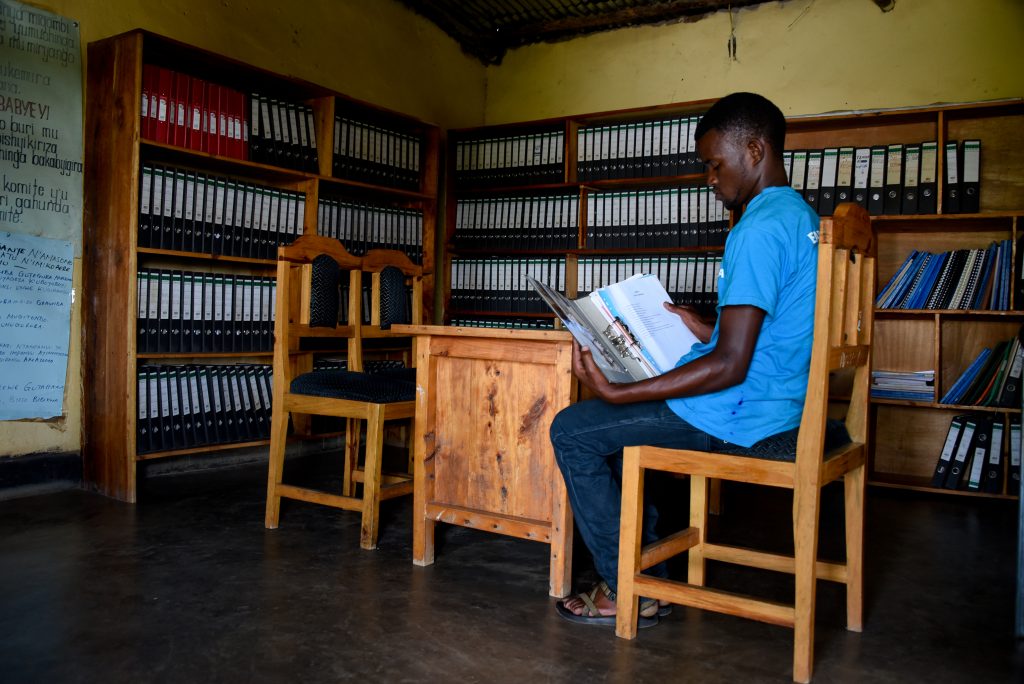 So when Mutabazi’s grandmother enrolled him in Compassion’s program at the local church, it was a new beginning for him. He was able to go to school and receive school supplies, food and clothes. Beyond that, Nyakaisiki Grace, his social worker at the centre, visited him at home, spoke with his guardians, encouraged him to study and often prayed with him.

At the centre, Mutabazi found freedom to express himself and a listening ear from his teachers and his Compassion sponsor, David, who often reassured the young man.

“I always shared my life with my sponsor through letters, and I always looked forward to hearing from him. He inquired about my progress, and prayed for my family,” says Mutabazi.

The centre provided Mutabazi with an environment where he could thrive: He found a mentor and friend in his sponsor, counsellors in his teachers and a spiritual father in Pastor Daniel Mutangana. Mutabazi found a family. 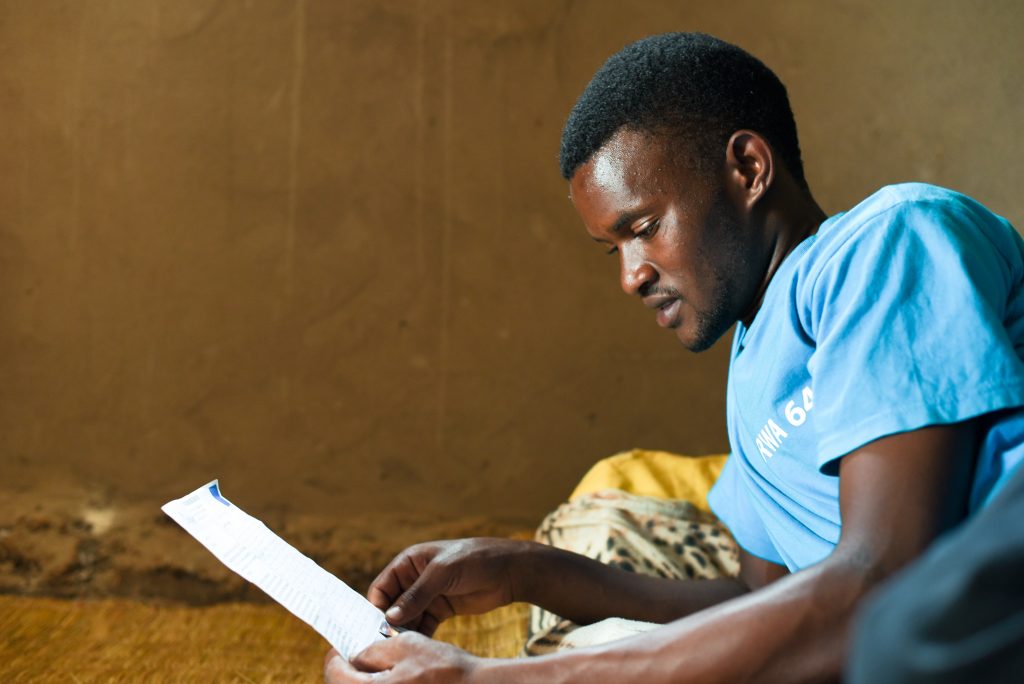 But when he finally finished primary school at age 16 and was eager to further his education, Mutabazi’s grandfather was determined to put a stop to it.

“My grandfather wasn’t amused. As I ate, he grabbed the plate of food from my hands and kicked me out of the house,” Mutabazi recalls.

Mutabazi sought refuge at a friend’s house and pondered over difficult, unanswered questions.

“Why did my parents leave me when I was so little? What had I done to deserve this?” he asked.

Mutabazi said a timely prayer, which he says changed the course of his life. “Although I was disappointed and angry, I thanked God for all the people He’d brought me thus far and I dedicated my life to God and asked Him to be my guide.”

Mutabazi was 16 years old when he made a firm commitment to follow Jesus, and it surprised him how much he was able to reconcile the pain and hurt from the past. 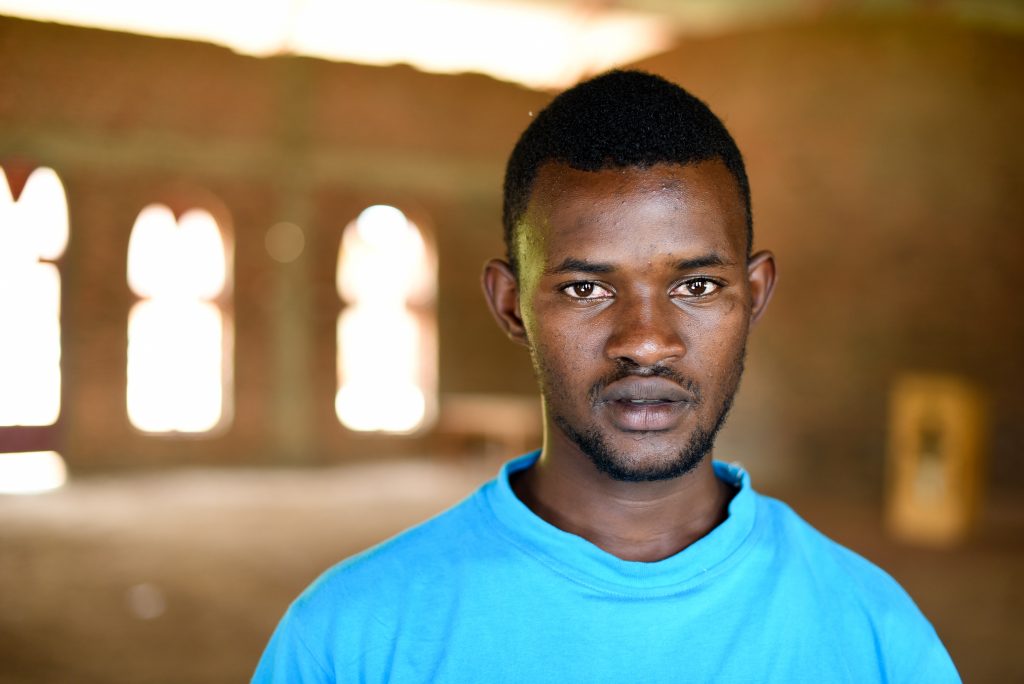 When Mutabazi was kicked out of his home, the Compassion centre swung into action. They helped him enter a vocational college to study automobile mechanics. His sponsor also sent him a gift, which enabled Mutabazi to purchase a parcel of land near the centre. When he turned 18, Compassion helped Mutabazi build a home through a Complementary Intervention for highly vulnerable children.

All these interventions made a huge difference in his life.

“I feel like my own man now, and no one can manipulate me anymore,” states Mutabazi.

Mutabazi rests on a mattress laid on the floor of his newly constructed, four-room mud and brick house and wonders how different his life could’ve turned out. “I could’ve been an orphaned street child, a drug addict, maybe even a robber. But I’m closer to God more than ever. The [Compassion] centre is my family, and I’m thankful for all their support.

Mutabazi desired what we all want: freedom, a place to call home and the stability of a loving family. While his parents never had the opportunity to provide these things for him, his local church and his sponsor were able to step in and make sure he was still known, loved and protected and provide him with opportunities to live up to his God-given potential.