It was a taxi driver who first helped Jonathan dream of becoming president.

“One day, an angry taxi driver told me, ‘The difficult situation of the country—I know who is guilty for that. It’s the Christians’ fault.”

Stunned, Jonathan listened as the driver questioned why Christians didn’t speak up, discuss the problems of the Dominican Republic and try to find fair solutions.

As a sponsored child in the Dominican Republic, Jonathan Raul Almonte Moncion knew his family lacked material possessions. To patch the holes in his shoes, he slipped cardboard insoles inside. Dinner sometimes consisted of a bowl of rice. But what he felt most keenly was his father’s absence. Although Jonathan’s dad supported him financially, it wasn’t enough.

“We never had a father-son relationship like going out to a park or talking,” Jonathan says.

Now Jonathan, 21, is becoming what he longed for as a child: a role model and leader. His ambition is to serve his country as an ambassador—maybe even president.

A passion for missions

Handed a microphone at age nine during a children’s meeting at his Compassion centre, Jonathan discovered that he loved public speaking. He learned to teach from the Bible at youth events. At 12, he spoke at a camp retreat. Jonathan also joined mission groups, travelling to remote mountain areas of the Dominican Republic by donkey to take clothes, food, medicine and news of Jesus to needy families like is own.

“My dream is to become an ambassador, and ultimately, to represent my country as president.”

Jonathan mentioned the name of Christ wherever he spoke—including at the presidential palace. In 2007, a representative of the national board of education admired his speaking ability. She invited him to speak at a dinner with the president and his ministers.

2007 was also the year he travelled to Haiti, first with Compassion and then with his church. These experiences left him convinced God was calling him to serve the lost, in Haiti or Africa. 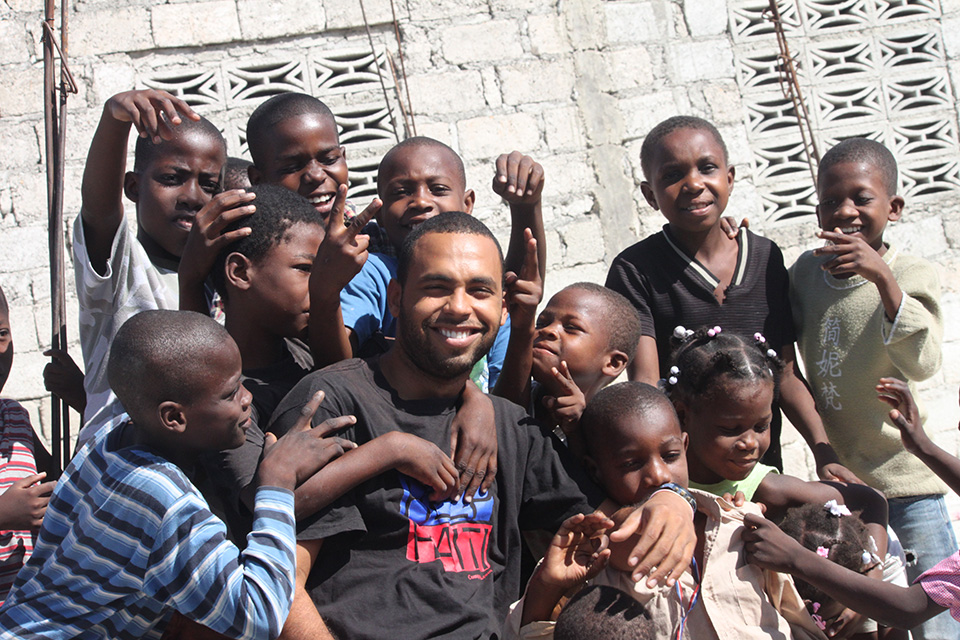 Preparing to serve, at home

Jonathan entered Compassion’s Leadership Development Program in 2009, enrolling in the Modern Languages program at the Autonomous University of Santo Domingo.

The program opened up new worlds. In 2010, he visited New York City, where he participated in a model United Nations session at the World Bank. The following year, he studied politics in Washington D.C. These experiences fostered an interest in politics. They also gave him confidence: “That’s where I realized that I had the capacity to do that kind of work,” he says.

On tours with the Leadership Development Program, Jonathan often received invitations to have dinner with Compassion sponsors. One evening, a Canadian judge suggested Jonathan consider serving as a Christian leader in his own country—even as president.

“The sponsor helped me to see something that was beyond what I could see,” Jonathan says. “He said, ‘God has a bigger purpose for your life. Your country needs leaders. You need missionaries.’”

And the encounter with the disgruntled taxi driver removed any hesitation. Today, Jonathan is responding to God’s call.

“My dream is to become an ambassador, and ultimately, to represent my country as president.”

Amy served as Compassion Canada's Communications Advisor. She holds graduate degrees in English and Journalism. Her work has appeared in local and national publications such as The Globe and Mail. Favourite reading material includes the book of Job and Paradise Lost, but also Jen Hatmaker's MOTN (middle of the night) posts on Facebook and Orangette.