Togo is wild and beautiful; long grass grows tall in the red soil and grey mountains loom in distance. It’s here Emile lives with his grandmother in a one-room hut in the rugged bush lands.

Life in the bush is far different from life in the village. People in the bush devote their lives to farming and livestock. Emile rises with the sun at 5 am to the melody of singing birds, bleating sheep and crowing chickens. There are no kitchens in the few huts that dot the landscape, so food is cooked outside over stones strategically arranged as a cook-top. During rainy season, the palm branch walls and straw roofing of Emile’s home sometimes leaks. 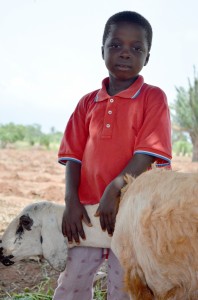 Emile feeds his grandmother’s sheep and plays among the trees around the house. Though his friends in the nearby village play ball with sports equipment, 7-year-old Emile has none—so he kicks rotten fruit instead. Emile’s father abandoned him while Emile’s mother was pregnant. Now his mother is gone too, living in Nigeria in search of a better life.

Emile is one of 200 children enrolled in Compassion’s Child Sponsorship Program at Deeper Life Church’s child development centre in the nearby village of Massékope. Like all the children at the centre, Emile receives frequent visits from the child development workers. They quickly realized the boy was not eating well. His grandmother was without work and depended on infrequent financial support from Emile’s mother. “Sometimes she sends about $35 per month,” Emile’s grandmother says, “but sometimes she sends nothing for months. These are the most difficult moments for us.”

The child development workers decided Emile needed support from Compassion’s Response programs. Now Emile receives enough life-saving supplemental food to last for the upcoming week. It was an enormous burden off his grandmother’s shoulders—but the support didn’t end there.

One night, a snake crept into the room where Emile and his grandmother slept. Panic-stricken, they tried to force the reptile away. “I burned plastic bags to frighten it,” Emile’s grandmother says, “but that changed nothing. I stirred up a second lantern to discourage the reptile, but without realizing I set our [hut] on fire.” Although she screamed, no one came to help them in time. They watched helplessly as the fire ravaged their home. Their only choice was to sleep outside without roof or walls for protection.

The next day, the child development centre Program Director learned about the fire. He wrote a proposal for funding, and a few weeks later a new home was built. 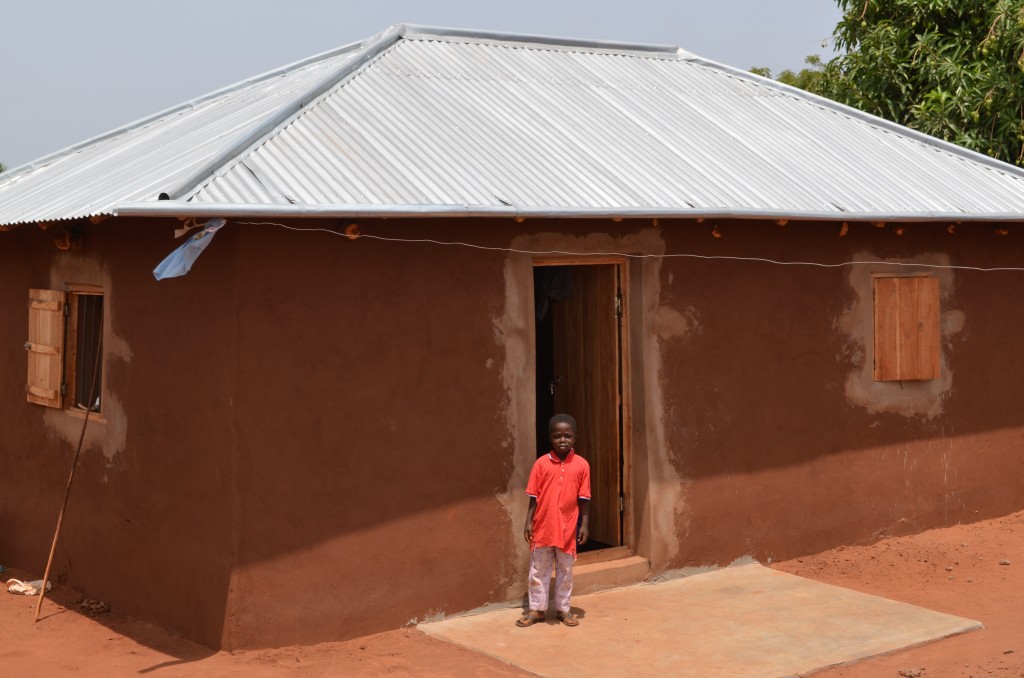