In April, 1994, extreme Hutu nationalists began what became known as the Rwandan genocide – the mass murder of around 800,000 people, mostly Tutsi minority. April 7th marks the Day of Remembrance for the Victims of the Rwandan Genocide. 20 years later, Delphine shares how she discovered God’s grace amid the horror and suffering. 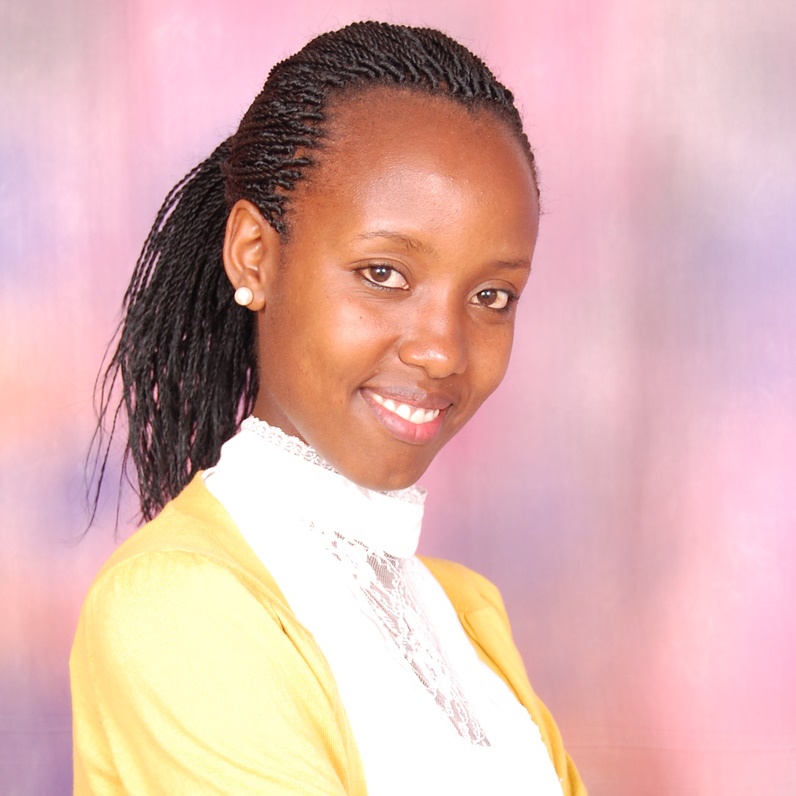 When I was four years old, I felt safe and protected. I had my family with me, and my father was the strongest person in the world.

I didn’t know about the political unrest going on in my country.

It was a normal evening with my parents and my baby brother in our home in Kigali, the capital city of Rwanda. I remember hearing loud whistles in our neighbourhood and crowds of people running. I was wondering what was going on when I saw men in military uniform at our doorstep. I was confused, but I wasn’t afraid. I was with my father and thought no one could hurt us.

The men asked us to show our identity cards—cards showing that we were Tutsi. It was like we were a mistake, or had committed a crime. We were told to head out to the main road and join the other Tutsi families.

That was the last I saw of my parents.

I watched them kill my family. They hacked them with machetes along with other families. I was the last one, waiting to be killed, when a voice in my head told me to just start walking. I knew I was much smaller and weaker than the killers around me. I knew I could not run faster than them. But I started to walk away slowly. I realize now that only the Almighty God could have blindfolded the killers. They did not notice me as I slipped away.

I did not know where to go, but I just kept moving. A stranger on the streets noticed me. She took hold of my hand and led me to her house. She hid me. The next morning she took me to the Democratic Republic of Congo. There were checkpoints everywhere on the road, but somehow we managed to cross the border. The stranger placed me in the care of her elder sister Françoise.

Françoise had always wanted a girl. She took good care of me and changed my name so no one would recognize me as Rwandan. She named me Neema, a Swahili word that means God’s grace.

Françoise became my best friend. I got used to the environment and within a short time I became fluent in their language. But as my life became more comfortable, death rates were increasing in Rwanda. My relatives were being killed day by day. Days turned into weeks and the weeks into months. Blood was shed on the streets of my motherland. I felt like no one could stop it.

But eventually, it did stop. And then God performed another miracle in my life.

My grandmother had survived. Her husband and seven children were all killed in the genocide, but she went from home to home and searched refugee camps to see if anyone else in her family survived. When she reached my parents’ house, she was told that a child from our home was taken away. She followed up on all the information she could gather, and, despite limited communications systems, finally found me.

My grandmother and I started a new life in the eastern province of Rwanda. It was not easy. She had no job and getting food was difficult. But in God’s perfect timing, Compassion opened a centre in our village and I was registered. I was sponsored by Sarah Buck from Canada. I started going to school and receiving extra teachings from my centre about hygiene, how to live well in a community, and God’s love. I received gifts, like a new dress and a goat. I was very happy—although that goat was so stubborn it was not easy to drag it home!

While other students were being sent away for not paying school fees, I never lacked anything throughout my primary and secondary education. I applied for the Leadership Development Program and was blessed to be selected for a University education. I am currently in my third year pursuing a degree in Business Accounting. My dream of acquiring a degree becomes more real every day.

I thank Compassion for taking care of me and teaching me never to give up. Above all I thank them for teaching me the Word of God which has given me a lot of faith for my life and my future.

For a long time I asked myself why God did not do something while people were being killed in 1994. I could not understand how God could just watch as people killed their fellow citizens. But after I accepted Jesus Christ as my Lord and Saviour, through God’s word I understood that “In all things God works for the good of those who love Him, who have been called according to His purpose,” (Romans 8:28).

I pray for the killers. I pray they may know Christ and open their hearts for him to come in and give them new life. I am committed to Jesus Christ and I believe good things will come from the bad circumstances I went through.