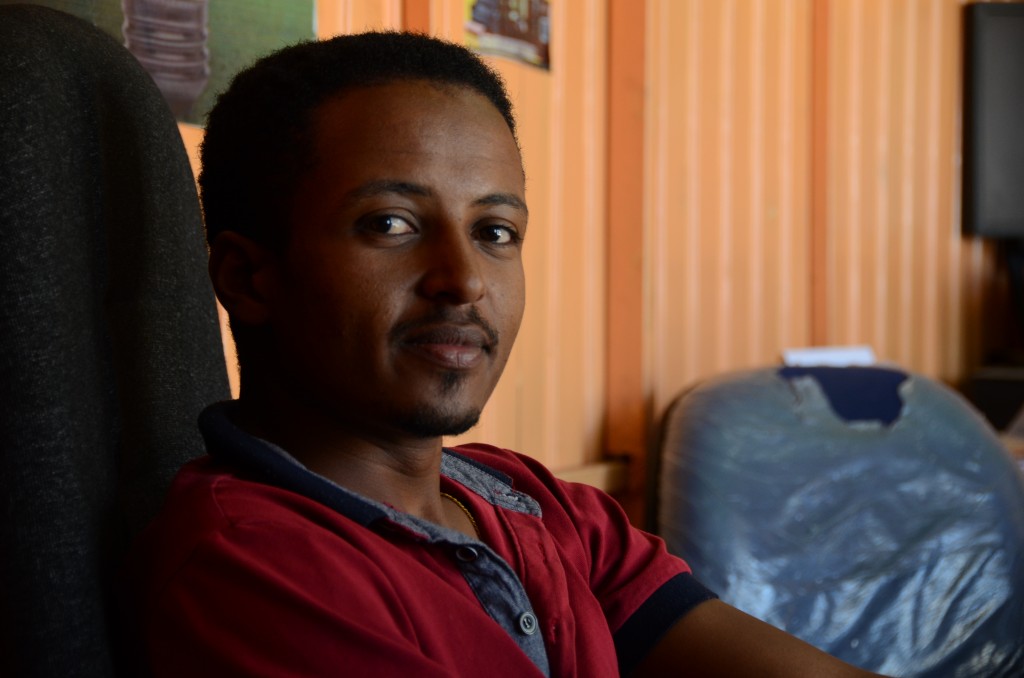 Despite failing his high school exams, a young man becomes successful thanks to the vocational training he received through Compassion.

In the small town of Holeta, Ethiopia, a newcomer is easily spotted, especially if that newcomer is a troubled young mother with two frail children. This young mother, Tsegie, traveled hundreds of kilometres to escape persecution for her Christian faith by her own husband. She saved their lives, but she had no plan for how to survive.

As Tsegie stood by the roadside, unable to fathom her next step, a gracious woman came to her rescue. She offered her a room at the back of her compound where she stored hay for cattle.

Bereket, Tsegie’s son, remembers, “My sister and I held our mother’s hand as the lady showed us inside. The room was almost full with hay. My mother took off the towel she wore and laid it on the ground so we could sleep. That was the only possession she had… Our first day in the new town ended this way, confirming the hopelessness we all felt inside.” 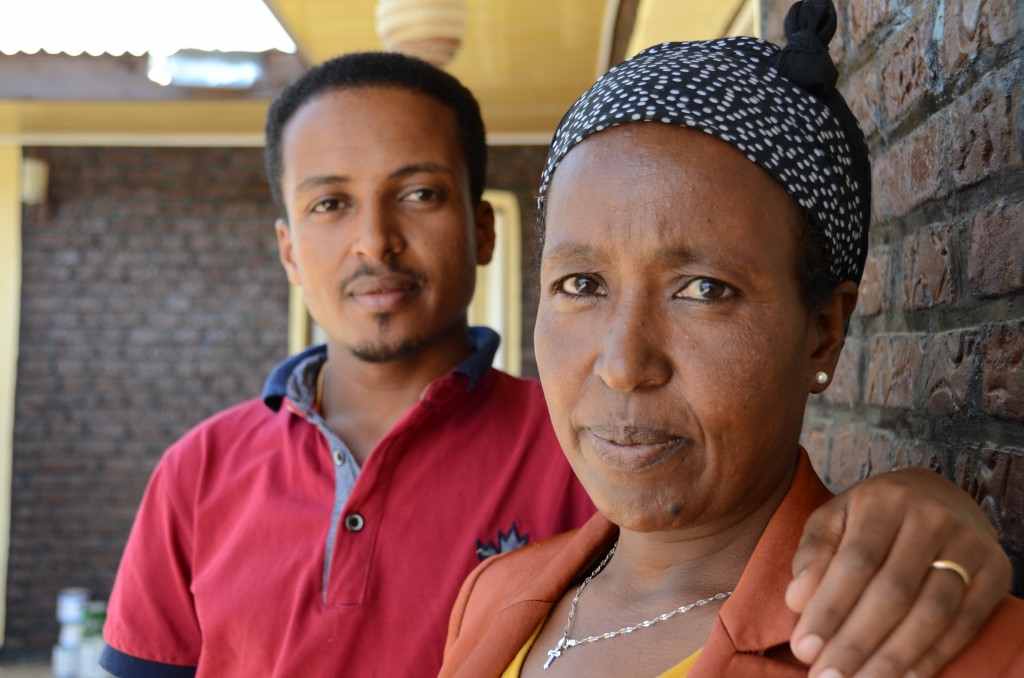 But Tsegie heard about Compassion’s sponsorship program. Bereket was 9 years old when his mother took him to the church to be registered. He was sponsored by Ken and Jane Marek from Winnipeg, Manitoba. That first day was the beginning of a new life for Bereket.

“There were a lot of people in the church compound. It was the first time I saw so many kids in one area,” says Bereket. “It was also the first time I played with other kids. Since I didn’t go to school these were all new to me and I was very excited to be there.”

The Compassion centre provided Bereket with many opportunities. He was able to go to school and he learned about the love of God at church. He was also able to learn life skills at the centre. As a teen, Bereket learned how to tailor and play the keyboard. After his training was complete, the centre arranged for him to teach other children in the centre so he could sharpen his skills and earn some extra money. 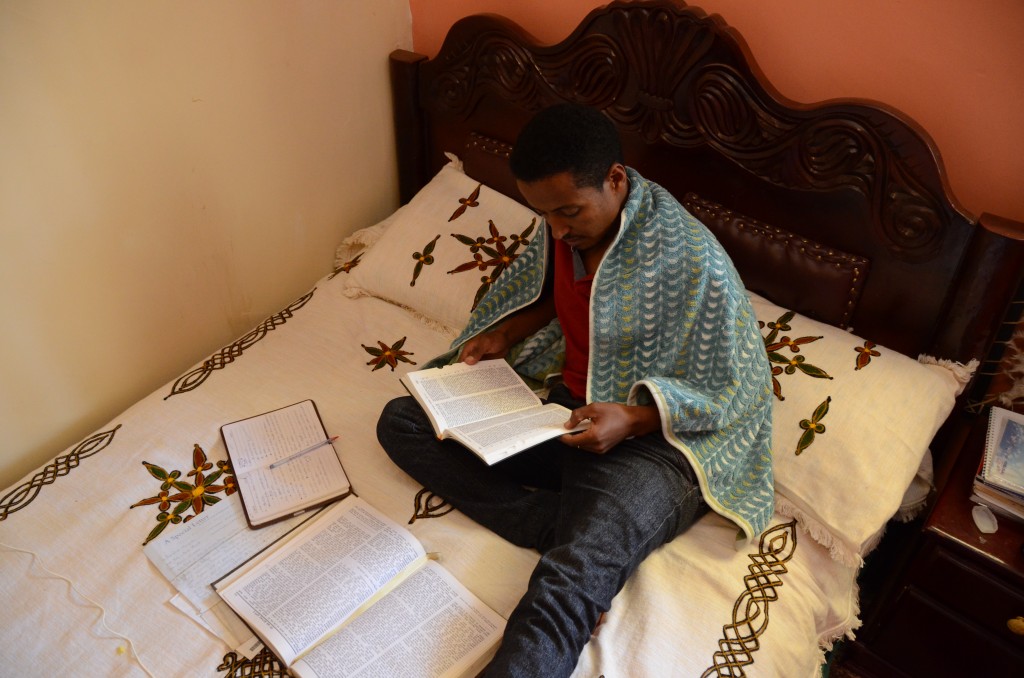 When it was time to take his high school leaving examination, Bereket failed.

“When I didn’t succeed in my high school leaving certificate examination and was not able to continue my university education, the skills I learned at the centre served as my only option to restore my dreams. My dream was to avenge the poverty that stole my mother’s joy and diminished her significance,” says Bereket. “I looked beyond my disappointment and decided to start with what I had at that moment.”

Bereket contacted Compassion centres in the surrounding area and started teaching keyboard and tailoring full time. He earned enough money to support his mother and sister. Bereket was determined to change their lives, so using his earnings, he enrolled in a one-year course on photography, videography and design in the capital of Addis Ababa.

With his new skill, Bereket got a job at the city administrations office. He quickly became known in the region for the quality of his video and photography. He also widened his network of business contacts. He learned about a regional microfinance initiative and seized the opportunity to start his own printing business. He hired two friends from the Compassion centre to get the business going. 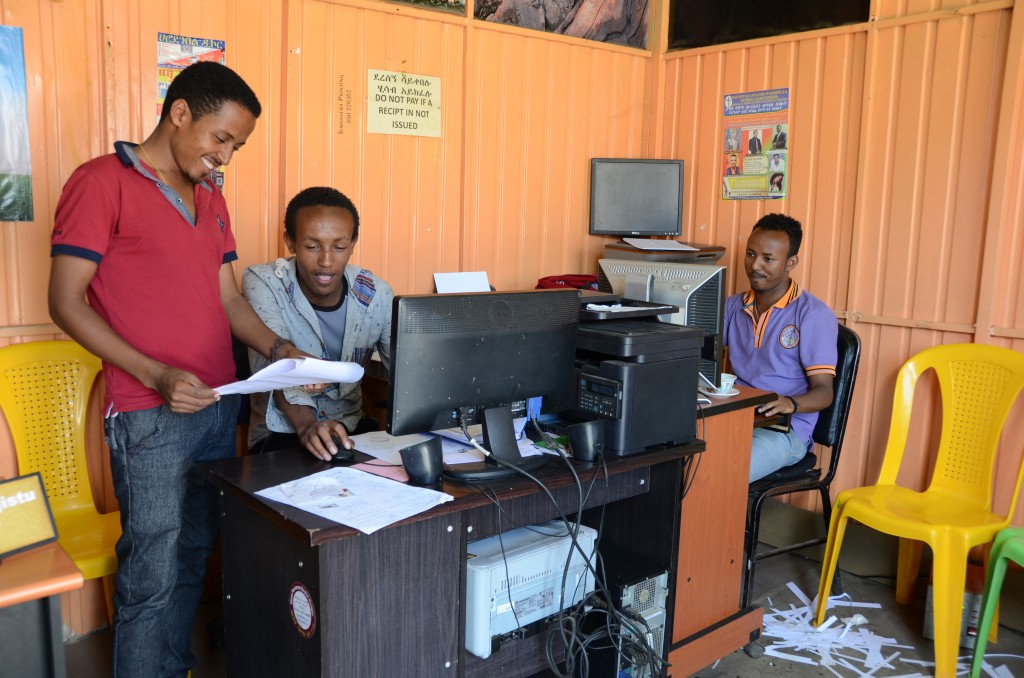 Now, six years later, he employees four people, all Compassion alumni. He received a regional award for being a model businessman in the microfinance initiative. According to last year’s audit, his capital is the equivalent of CAD $63,000. He was able to build his mother a home and send his sister to university.

Bereket is now 27 and married. He runs a successful printing business and has an investment license that he plans to use to import construction trucks. He has also leased a plot of land to build a multi-purpose building in a nearby town.

Bereket is also serving others, actively volunteering at his church. He teaches Sunday school, sings in a choir, coordinates the youth fellowship and is a committee member at his former Compassion centre. 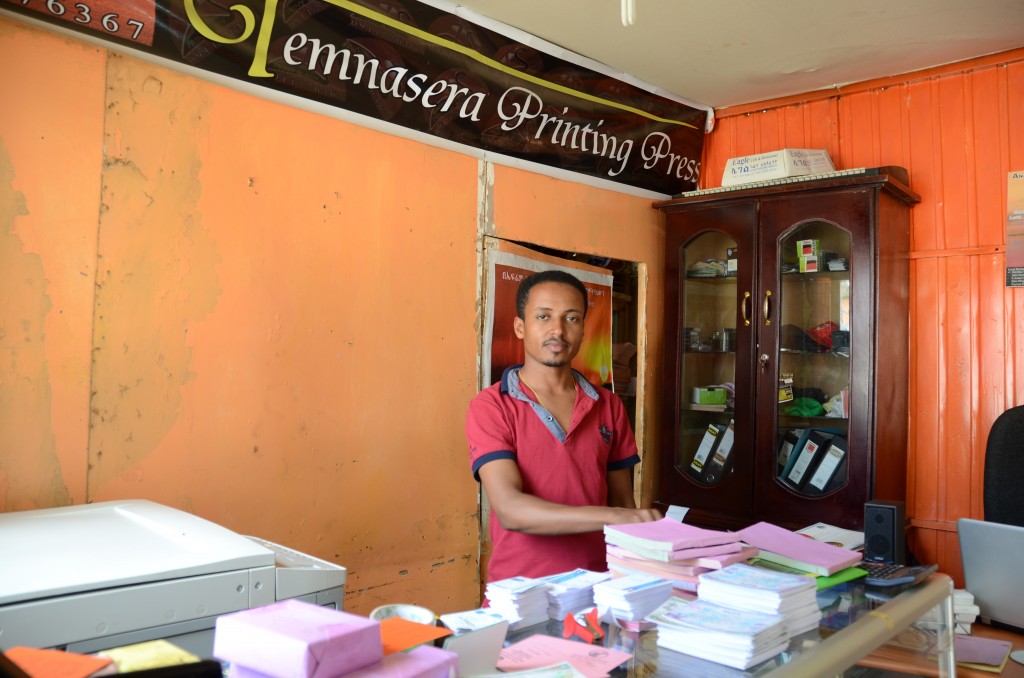 Bereket’s vision for his life is even bigger.

He says, “When we were living in that store room, my mother asked my sister and me a question. She asked us what we wanted to be when we grew up. I was quick to answer. I said I would be a full-time evangelist. That is still what I want to be. I am building my business in such a way that it doesn’t need my involvement much, so I can give my time to serving my Saviour.”

Bereket says he is amazed by the commitment his sponsors made to support someone they never saw before. Thanks to sponsors like Ken and Jane Marek—and sponsors like you—young people full of promise are getting the opportunities they need to escape poverty and become responsible, fulfilled adults.