As a Black Christian woman, reconciling my faith with the painful not-so-distant history of colonization, slavery and oppression of Africans all supposedly in Jesus’ name, has not been easy to do growing up.

For many of my Black brothers and sisters in Christ, the history of Christianity and racism can be even harder to bear during Black History Month. For most of my life, I had absolutely no idea of the rich and ancient history of Christianity in Africa before colonialism and slavery. But, by scrubbing away the whitewashed history of the Christian faith and tradition I’ve been able to see a beautiful multi-cultural mosaic in which God used African men and women like me to contribute to the richness of Christian theology, tradition and to truly change the world for better in Jesus’ name. 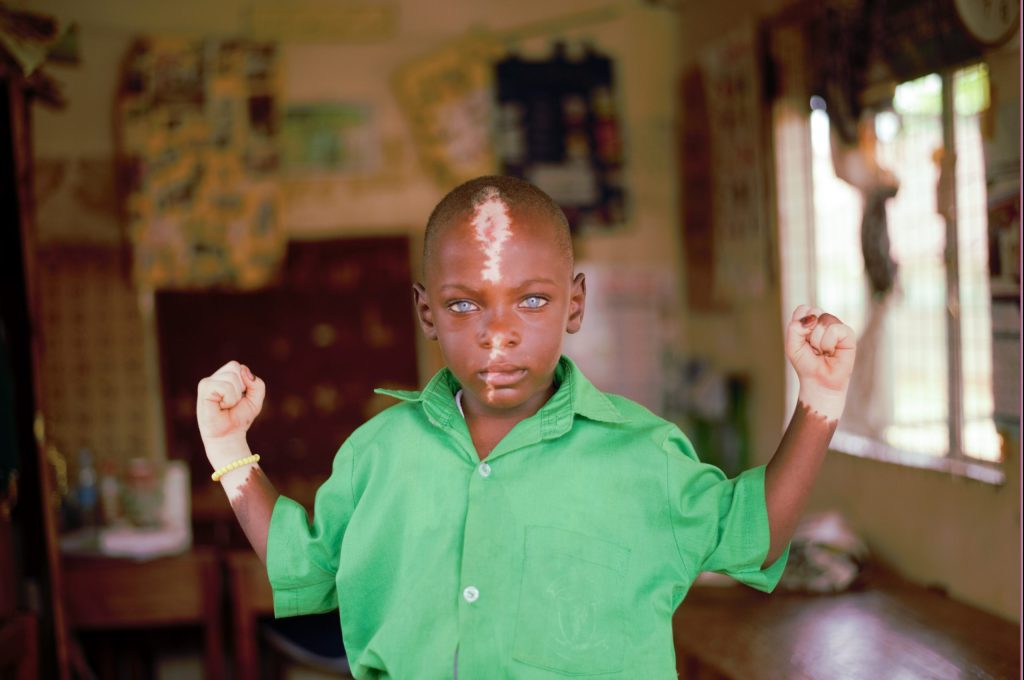 While small in stature, Athanasius was an intellectual bulldog for Christ. If you were to google Athanasius, you’ll probably see a plethora of paintings of what looks like an old white European man. But Athanasius was nicknamed the Black Dwarf by his enemies because of his short height and dark black skin. He was a bold theologian and writer who was instrumental in defending the faith and Christian orthodoxy at the Council of Nicea in AD 325. During his time, there was a man named Arius who was successfully spreading the belief that Jesus was a created being and not God in flesh. This is where the commonly known heresy called Arianism comes from. Athanasius refuted this heresy continually and left a powerful legacy committed to defending the deity of Jesus Christ as found in holy Scripture. Thanks to him we now have a rich Christian tradition where we’re able to serve those in need in Jesus’ name, and know we are doing so through the power and authority of the Godman himself. 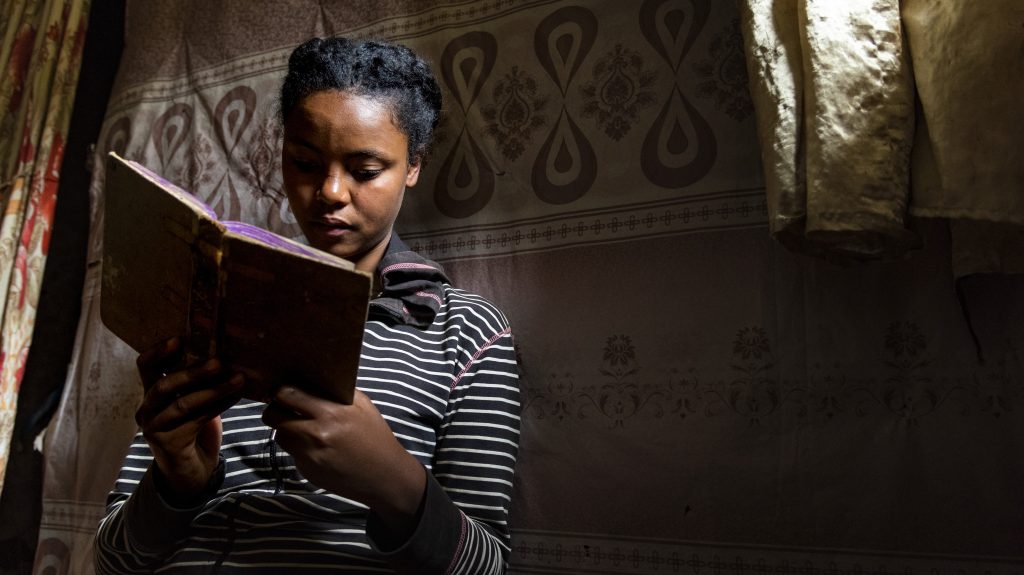 When modern theologians think about the great heroes of our faith, it can be easy for them to overlook the women that changed history as well. One of these women is Monica of Hippo.  Born in Africa, Monica was a devoted Christian of Amazigh descent and is heralded by some as a Black saint. Monica got married at a very young age as was the practice in those times, and unfortunately was married to a pagan official named Patritius who was rageful and abusive towards her. Despite their unhappy marriage, Monica prayed consistently for her husband and the three children they had together: Augustine, Navigius and Perpetua. God eventually answered the prayers and tears of Monica, because on his deathbed, Patritius surrendered his life to Christ after witnessing the continual faithful testimony of his wife. Not only him, but when her son Augustine, joined a religious movement that was popular at the time and rejected the Christian teaching he had grown up with, Monica was persistent in standing for biblical truth and praying incessantly for his soul. In his 30’s Augustine finally surrendered his life to Christ as well and is now one of the greatest theologians and writers of the early Christian church. In one of his books, Augustine writes about him grieving over the death of his mother, recounting her strong faith, as well as her commitment to pushing him towards Jesus. In many of the countries we serve where young girls and women may not have the right to advocate for themselves, Monica is a reminder that unlike the culture around them, they are seen, known, heard and deeply valued by a sovereign God. 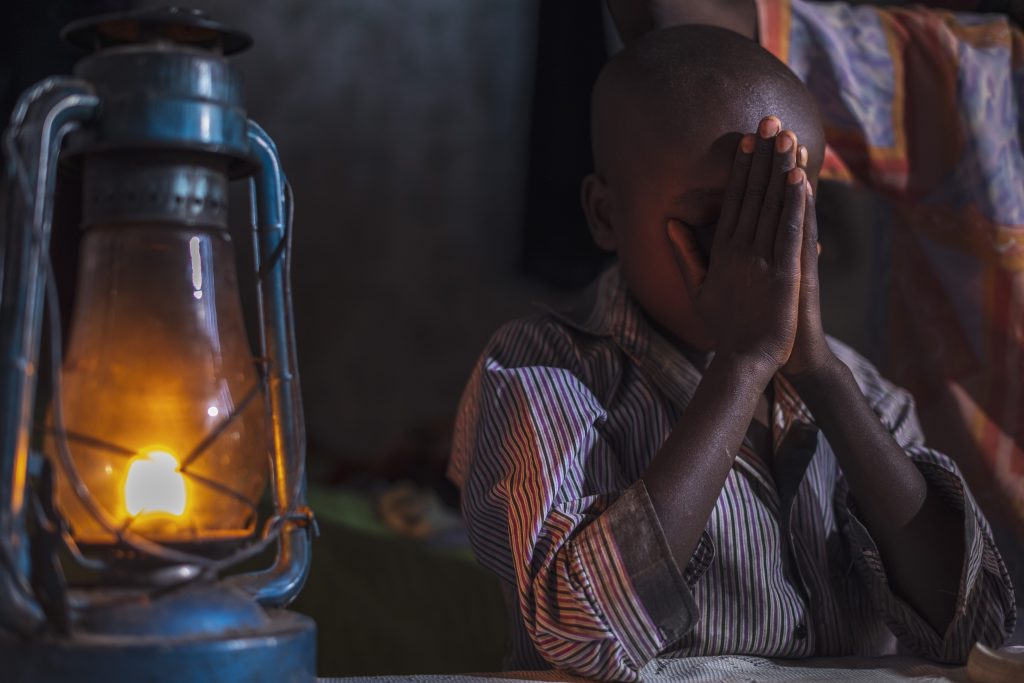 Augustine was born in what is currently known as present day Algeria, North Africa. Born to a Christian mother (Monica of Hippo) and a non-believing father, Augustine rejected Christianity for most of his adulthood and would have been called a “player” if he was alive today. As a young adult, he was well educated, and started to follow a movement called Manichaeism which combined the teachings of religions such as Buddhism, Judaism, Gnosticism and Christianity. Eventually in his 30’s he had a life-changing encounter and became a follower of Jesus and then later a bishop. Augustine’s prolific writings had a massive impact on many of the Western Christian traditions present today. His enormous collection of books and sermons helped set the foundation for future theologians, such as European leaders of the Reformation, to build off of concepts such as original sin, predestination and free-will. Augustine also preached consistently on a Christian’s responsibility to give to those living in poverty. Below is just one of his many convicting quotes which helps drive our heart posture in the work we do:

“The extra possessions of rich persons are the necessities of poor persons. When you possess more than you need, you possess what belongs to others.” (Exposition on Psalm 147, 12). 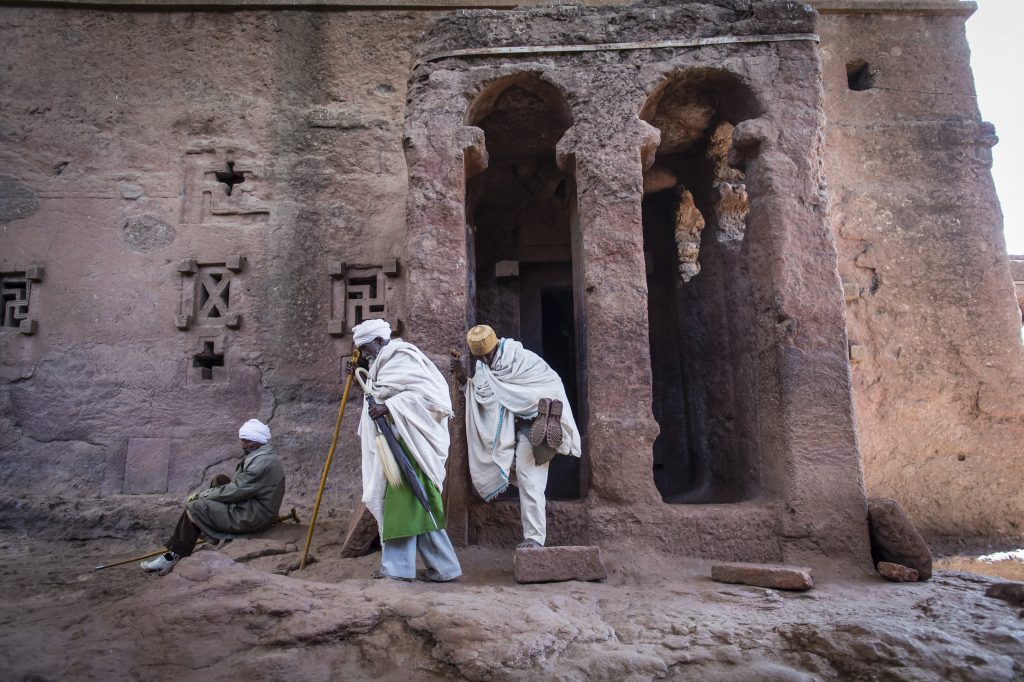 That country is Ethiopia. Sometime before AD 350 King Ezana of Ethiopia was baptized, and even prior to his baptism and public recognition of Christianity, there were many Christians in the Kingdom, as well as many growing churches. Ethiopia also formally stood by the doctrinal truths established by the Councils of Nicea in AD 325, and sometime between the fifth and seventh century AD, the Bible had been completely translated into their native language. Ethiopia is an important reminder in a whitewashed history that “Christian” and “Black” are not mutually exclusive terms, and never have been. African Christians like those of the early Ethiopian church have been following and worshipping Jesus in the full splendor of their blackness and their distinct African identity way before a white slave master ever came into the picture.

At Compassion Canada, the early Ethiopian church shows us how needed and beautiful the contextualization of faith is when working in other cultures and countries. It’s why we continue to partner with the local churches of the countries we serve in. We believe the Church is the institution God ordained to carry out His work, and it is our passion to enable the Church to fulfill her mission of making disciples of all nations and caring for those in great need.

While the stains of colonialism and slavery still repel many people from the diaspora from coming to Christ, the Gospel of reconciliation that was at work throughout Africa soon after Christ’s death is still active and alive even now. And this Gospel doesn’t soothe us into complacency but drives us to action. This Black History Month my hope is that you can dig into the great contributions of African theologians, churches and saints whom through the power of the Holy Spirit, have added to the beautiful Christian traditions that so many over the world cherish today. 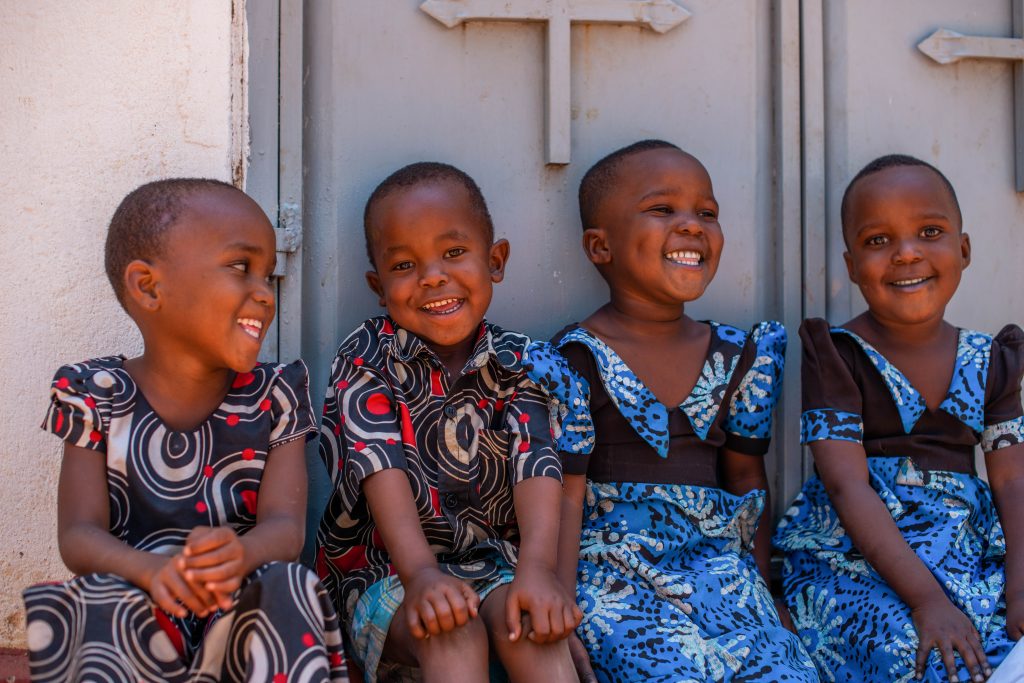 Although many have tried to perpetuate the erasure of Black and African identity in the work of the Gospel, we the Church can stand on the shoulders of our past African brothers and sisters in Christ in solidarity and agreement that the gates of hell will never prevail against the multi-ethnic and multi-racial Church that Jesus Christ died to redeem.

Help inform others by sharing this post on social media.

Interested in what it looks like to follow the way of Jesus from a global perspective? Check out our Bible Reading Plan, The Beatitudes: Global Perspectives on the Way of Jesus, which is available on the YouVersion Bible App.