This graduate of Compassion’s Leadership Development Program was barely even able to attend school as a girl. But now she is working as a prosecutor to defend abused women and children. 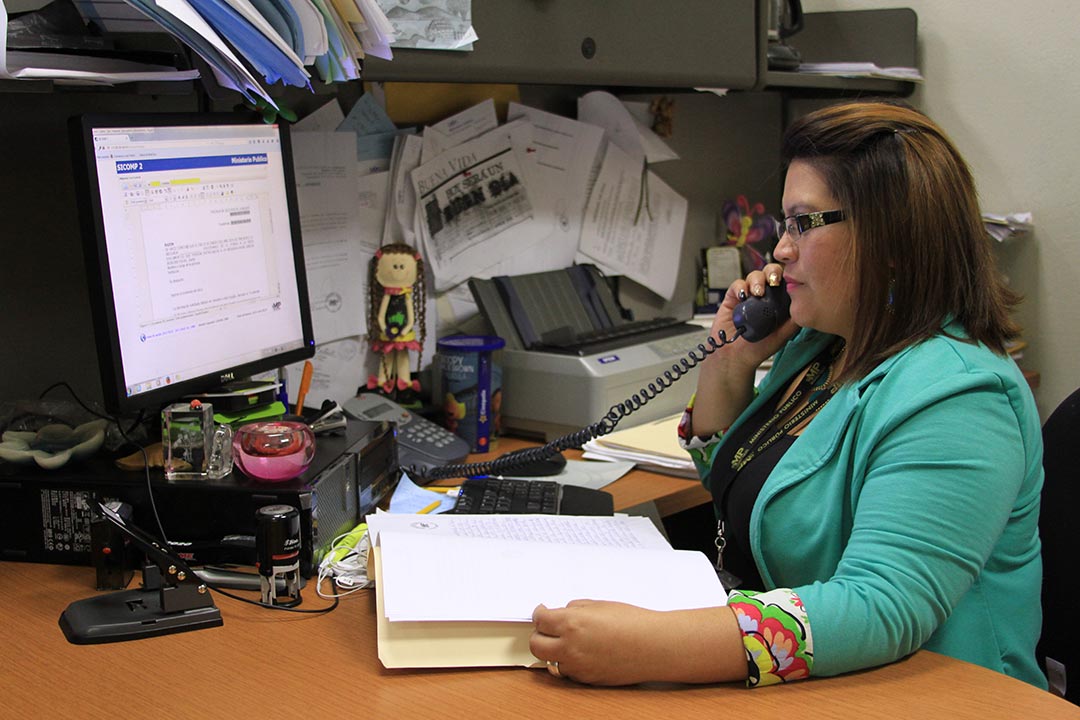 Standing in the doorway to her office, Leticia Ochoa Contreras greets you with confidence and a beaming smile. This successful woman is a lawyer, defending the cases of abused women and children in Guatemala. Seeing her today, it is hard to believe that she was once quiet and withdrawn—a girl with no dreams and little hope of an education.

Leticia’s family worked in agriculture on the outskirts of Guatemala City. Her parents thought school wasn’t relevant to real life. Instead, they urged their children to start working at an early age. Their family isn’t an anomaly—one quarter of children in Guatemala between the ages of 5 and 14 are engaged in child labour.

“Getting an academic degree was not important to my family,” says Lety, as her friends and family call her. Lety’s father only completed middle school, and her mother only reached the fourth grade. “But despite our limitations and mindset, my parents decided that I should at least try to go to elementary school.”

Lety was seven when she started going to school. She felt excluded from the rest of the children because she couldn’t afford school supplies or nice clothing, so instead of going to recess, Lety would stay in the classroom to study. She had no friends.

Lety’s mom started to worry. So when she heard that a church near their home had started a new program for children, she thought it could be the perfect opportunity for Lety to make friends.

Lety still remembers the first few times she went to the Compassion centre.

“I realized that we all had the same background,” she says. “I did not feel inferior to anyone, and it was the first time I was able to make friends.” 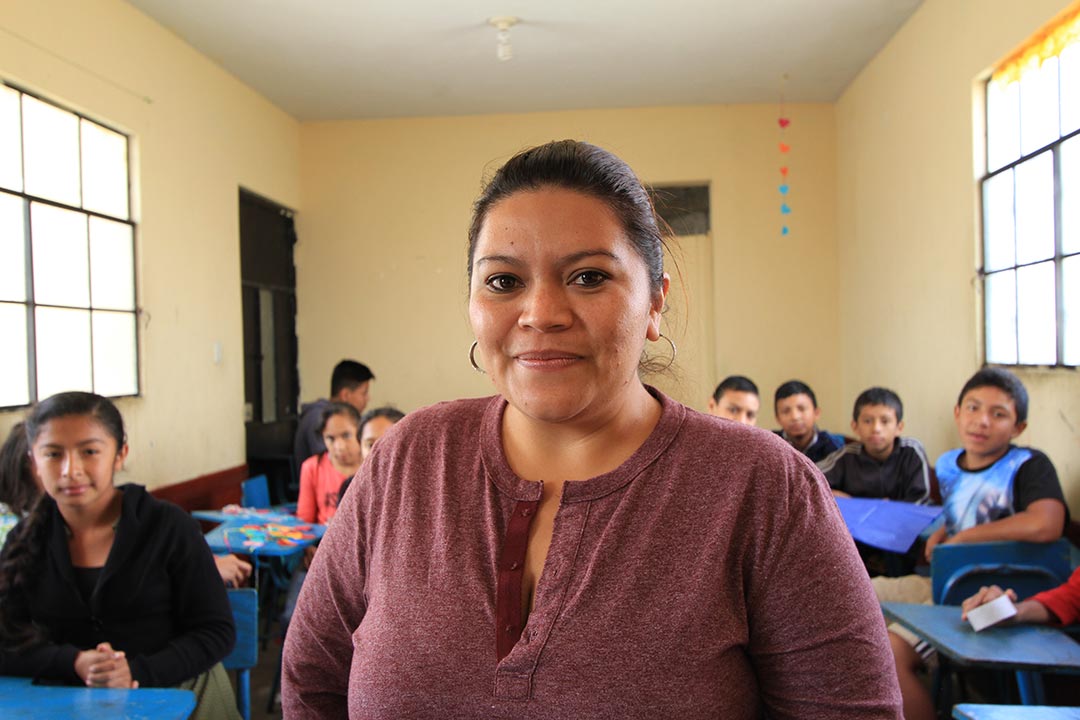 Soon, Lety got a sponsor.

“After a couple of months of going to the centre, I heard my tutor yell, ‘Lety, you’ve got mail!’ Thinking that someone took the time to write me a letter made me feel like the most important girl in the whole world,” says Lety.

She was sponsored by a woman named Denise, and over the years they got to know each other through letters. Lety would read the letters over and over, and her sense of purpose began to grow.

“My sponsor and her family always wrote how much they loved me and that they were praying for me. I felt a great sense of responsibility towards them,” says Lety. “They were investing time and money in me and I wanted them to feel like they were doing the right thing.”

Around that same time, Lety began working on her “My Plan for Tomorrow.” This is a booklet used worldwide with Compassion youth age 12 and older to help them plan for their future. Youth write down their goals for one, five and 10 years. At the end of every year, they evaluate their goals and decide how to move forward.

“As a child, it was a challenge for me to think what my goals in life were when I did not have the money to pursue those dreams,” Lety says. “Nonetheless, my tutor insisted that I fill out the booklet, and since I was always drawn into helping women and children, that is exactly what I wrote in My Plan for Tomorrow.”

As the years passed, Lety honed her vision. And when she learned that there were people called prosecutors who helped victims of abuse, she knew it was exactly what she wanted to do.

With Compassion’s help through the Leadership Development Program, Lety began to study law at university. She knew a prosecutor could not be shy but had to speak with conviction, so with the guidance of the program, Lety learned how to come out of her shell and be a confident leader of others. 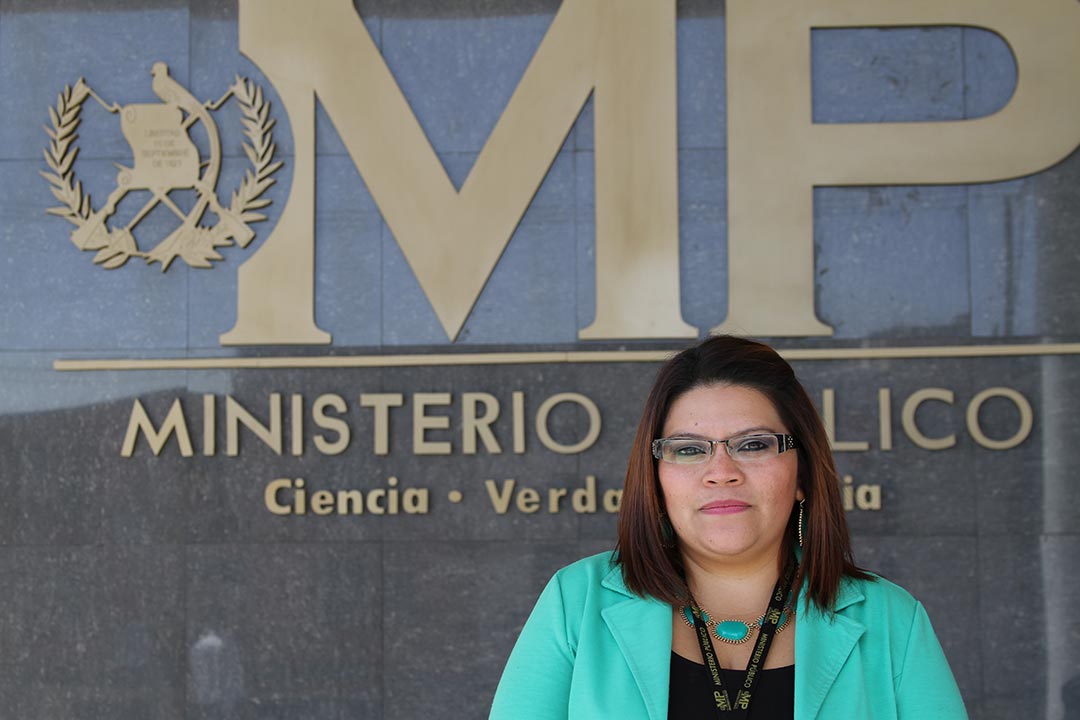 After more than five years of hard work, Lety graduated. She then got her dream job in Guatemala’s Office for Abused Women and Children, where she is in charge of investigating and collecting evidence for cases of physical, sexual and psychological abuse, and bringing the perpetrators to justice.

Lety has now been a prosecutor for more than seven years, and there is no trace of that shy girl who used to hide in a classroom. Instead, Lety has become an influential woman, at work and in her community. At her church, she serves as a youth leader, teaching teens to plan for their goals.

“I try to motivate them and challenge them to fight for their dreams,” she says proudly.

Compassion’s mission is to release children from poverty in Jesus’ name. That includes being released from thoughts of defeat and replacing them with dreams for a better future—something Lety is now passing on to the next generation.