A family in northern Rwanda has gone from extreme privation to abundance thanks to God’s work through the Child Survival Program. 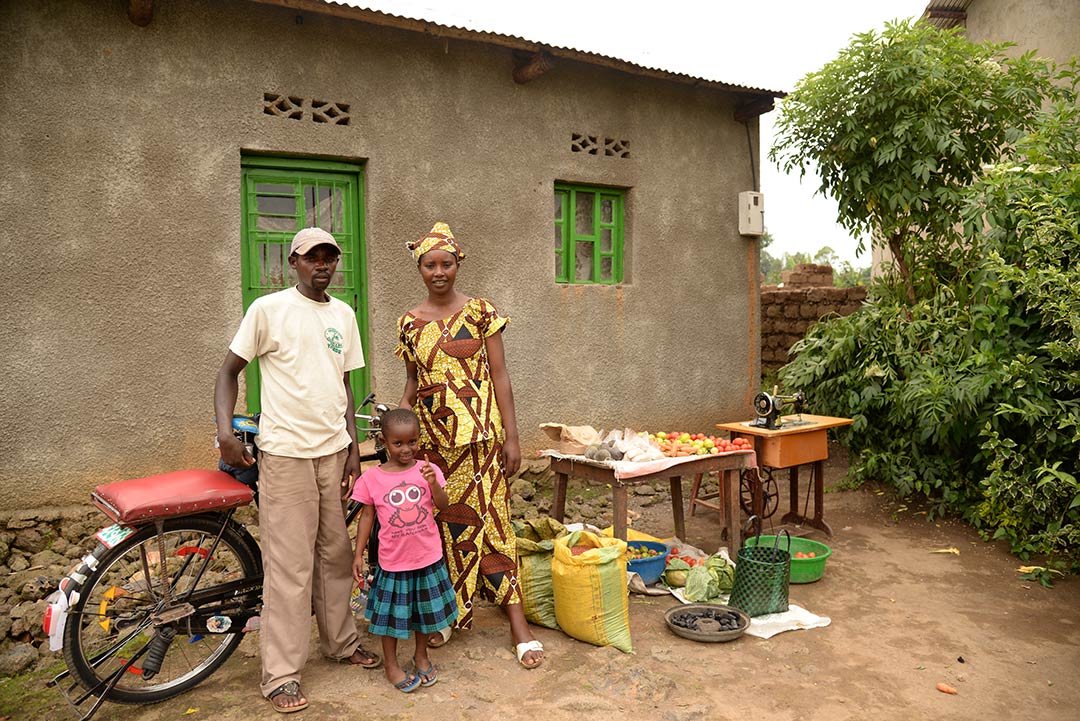 The hills of northern Rwanda, where the village of Bukane sits, feel like paradise. The hills are carpeted in green, and numerous waterfalls cascade down rocky cliffs. Through the mist, the double peaks of Volcans National Park stand as grand sentinels over the village. Foreigners flock to the mountains to watch gorillas in one of the few places they still have refuge, while native children splash and play in the many watering holes where they draw their sustenance.

But in these hills, despite tourism and the verdant surroundings, poverty reigns. Working as subsistence farmers, most people earn the equivalent of a quarter a day. It’s no way to live.

“We used to have a single meal per day and sometimes we would go to sleep on empty stomachs—not because we were fasting, but because we had nothing to eat,” says Mukeshimana, a mom from Bukane.

Mukeshimana’s family was one of the many in Bukane who could barely scratch out a living. Mukeshimana didn’t have a job, and her husband worked at a restaurant and earned about 75 cents a day. Their house rent took more than half of this. So each month, they would move from place to place, unable to pay their rent.

One day was particularly bad. Mukeshimana had no food, and she had recently found out she was pregnant. She had lost all hope that her situation would change. But that very day, social workers and church leaders from the Child Survival Program came to her neighbourhood to register new mothers. And, at five-months pregnant, Mukeshimana was enrolled in the program.

Up until that point, Mukeshimana hadn’t been able to afford prenatal care—many of the women in her village can’t. In fact, eleven times as many children die before their fifth birthday in Rwanda compared to Canada. Twenty-eight times more women die as a result of pregnancy-related causes.  So the Child Survival Program took Mukeshimana to the doctor where she found out that she was in a high-risk pregnancy with the likelihood of a miscarriage.

But with the regular checkups she received, Mukeshimana gave birth to a healthy girl named Devine. Not only did Mukeshimana receive the health care she needed, but she was also equipped to turn her family’s life around. She learned how to care for her child and how to keep her free from disease with good nutrition and good hygiene. Through the program, she learned small business skills and how to earn an income through tailoring. 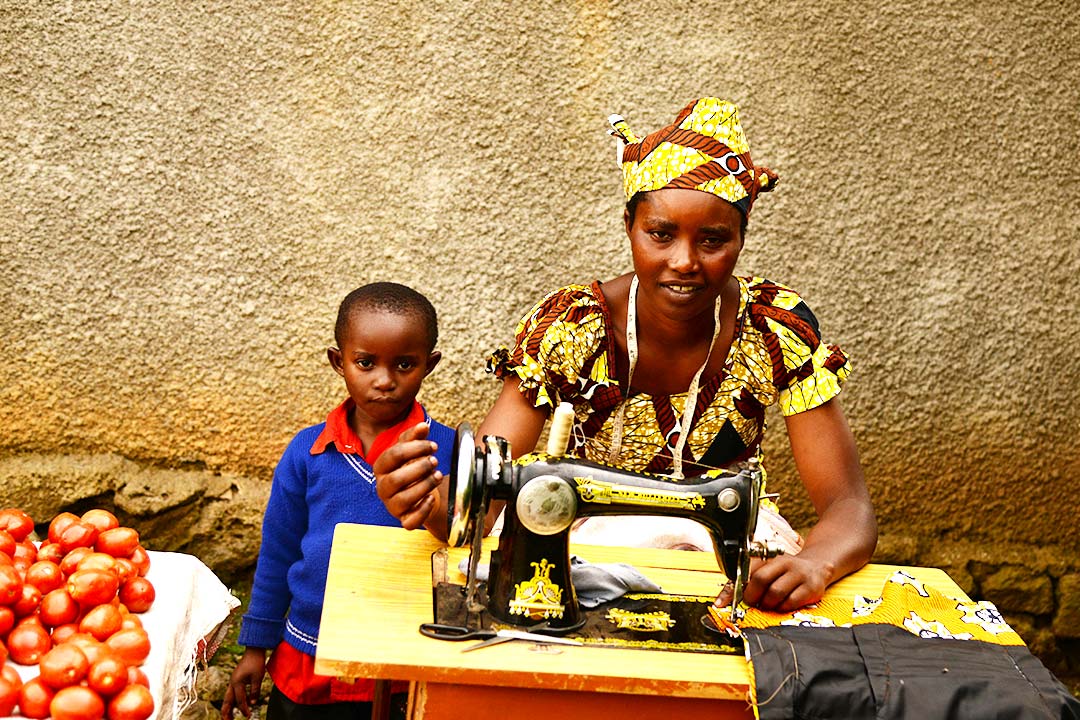 With the money, she bought a small plot of land to farm and a bicycle for her husband to use to transport people. With the bike, her husband started earning twice what he used to earn working in the restaurant. Mukeshimana started her own business selling charcoal, vegetables and other food products at her home. She also received a sewing machine from the program and began to earn extra money tailoring.

All these changes added up to make an enormous difference in the family’s life. Devine is now five years old and she has a younger sister who is two. The family no longer moves from house to house at the end of each month. In fact, through diligent daily saving, this family was able to build their own three-room home.

“Very few people have a house like this one in this community,” says Mukeshimana. “We are considered rich people now because of Compassion, while before we were among the poorest of the poor in this area.” 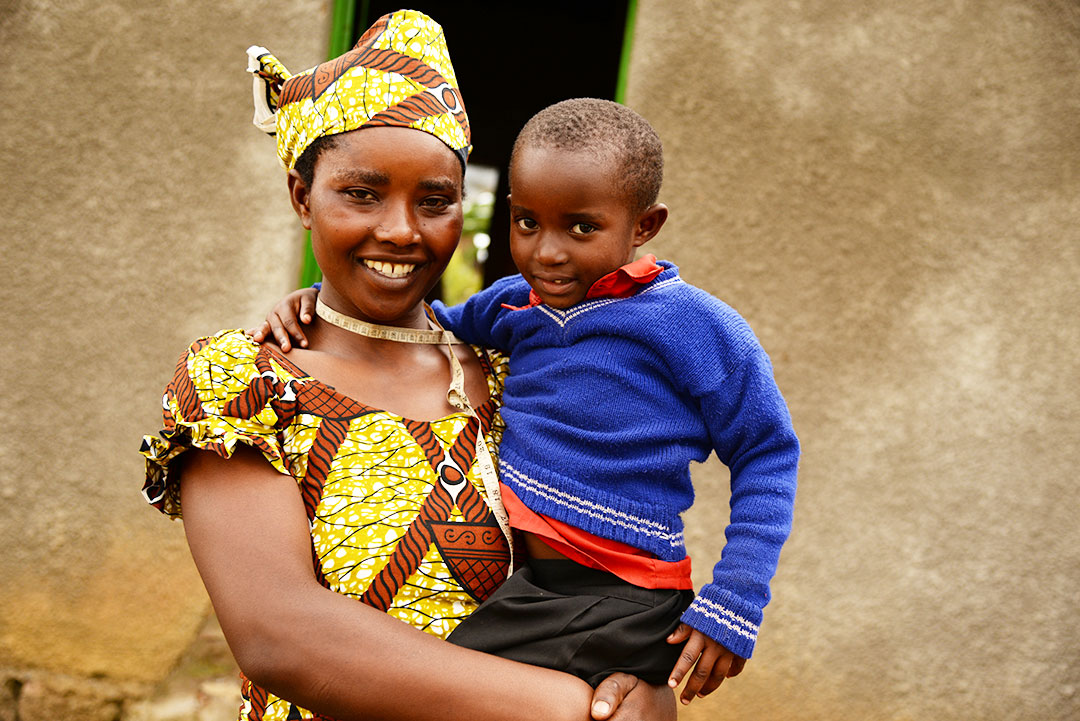 The family no longer goes hungry, but can afford to eat breakfast, lunch and dinner—a huge luxury in their neighbourhood. Mukeshimana is able to pay for Devine’s schooling and she can take her younger daughter to a private nursery. The family has still more plans for their future. They plan to continue to save and eventually buy a larger plot of land to raise animals on and use modern farming techniques.

But the physical differences in their lives are only the beginning.

“Spiritually, we have strong relationships with God now. My husband used to take alcohol, but he accepted Jesus as his personal Saviour,” says Mukeshimana. “Every time I remember where God found me, I just bow down and praise Him for His wonderful work upon me and my family.”

Praise God that so many families around the world, like Mukeshimana’s, are finding a chance for a new and hopeful future in Him thanks to the Child Survival Program!