You are nine years old. You’re sleeping on the dirt floor of your family’s one-room home when a rooster’s crow awakens you. Cracking your eyes, you see it’s still dark. You get out of bed and instinctively grab the yellow water jug by the door.

You begin the one-hour journey you make every morning before school. Heading down a dirt road in the dark, you see other kids your age hauling their jugs behind them. Eventually, you turn off onto a narrow path that leads through thick bushes. Sweaty from the long walk over hills, first light cracks over the horizon as you reach your destination. The muddy river runs slowly, and you stumble down the bank in your bare feet, past the tracks and fresh droppings of the cows and goats that visited before you.

Your feet sink deep into the sludge as you stoop to fill your jug with the brown water. Then you hobble back up the slope toward home. 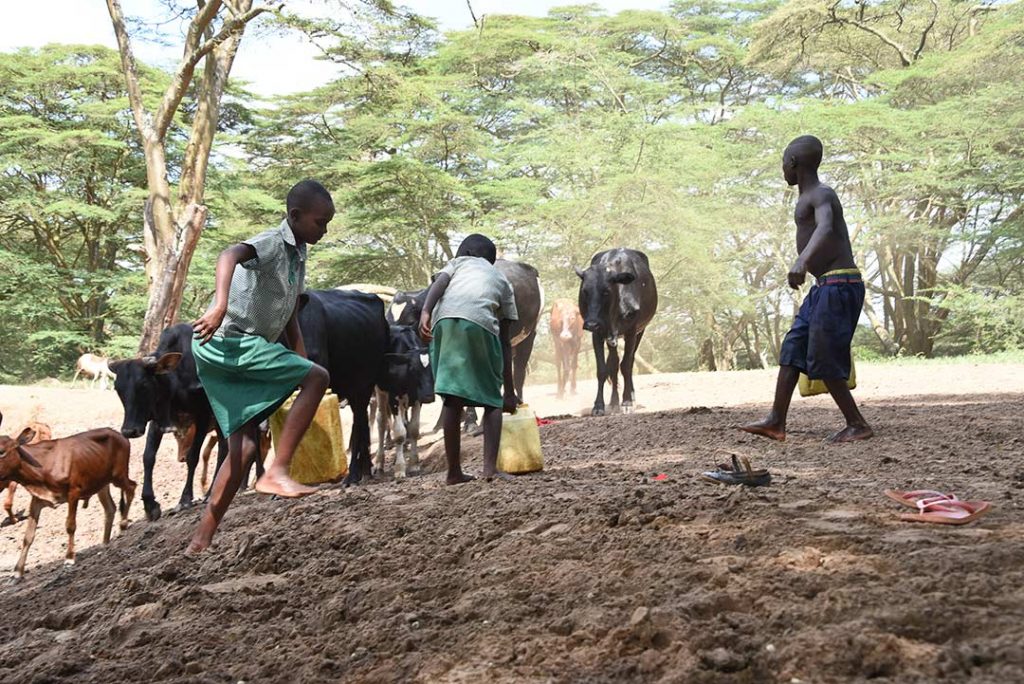 Janet in Rwanda makes this trek two times each day. The long journey to fetch water is like a rite of passage for many children in Sub-Saharan Africa.

Janet’s mom, Eliana, worries that it’s too much for her young children.

“I’m not happy to see my children overworked,” says Eliana, a mother of seven. “They wake up very early and return home late and tired.”

Janet often gets to school late and doesn’t have time to complete her homework at night because of the time spent gathering water. Besides, the water can make her family sick.

“While we need the water from the river, it’s also a source of diseases for my family,” says Eliana. “My children have suffered from typhoid and worms at least two times in a year.” 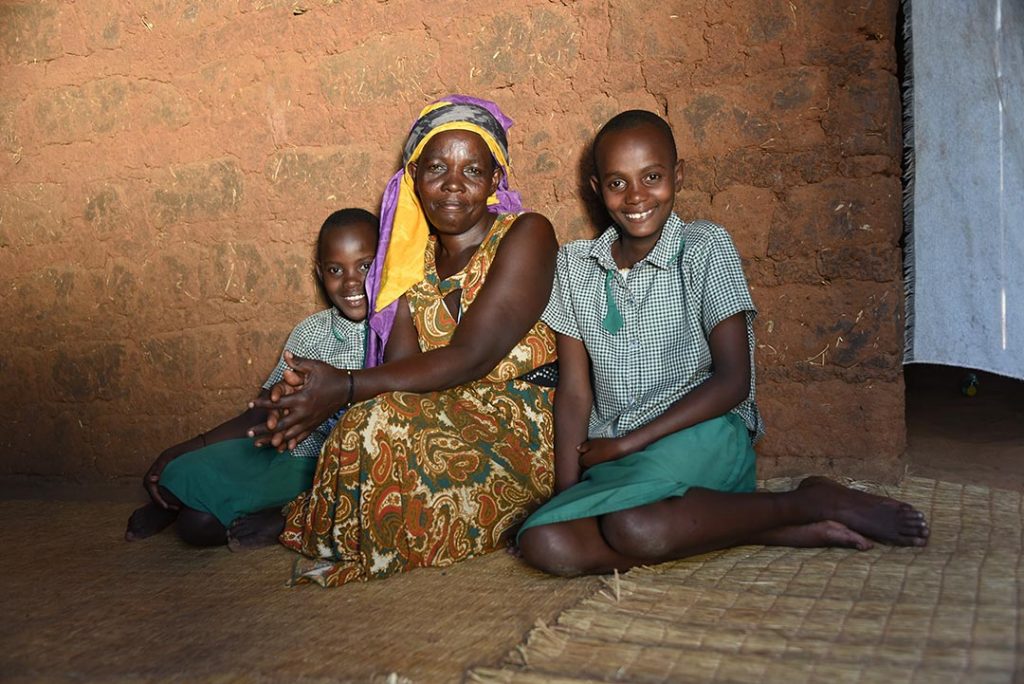 Janet (left) with her mom and sister at their home in Rwanda.

At Janet’s Compassion centre in Nyamenge, Rwanda, 20 children were diagnosed with intestinal worms and skin infections and 12 were admitted to the hospital with typhoid in 2015. The centre had to spend much of its resources on medical bills that could have been prevented.

It’s not an isolated problem.

1,000 children under the age of five die every day due to inadequate drinking water and sanitation. (UNICEF)

Children in Africa walk an average of 3.7 miles a day to collect water. (UNWater)

But when girls are provided with clean water and no longer have to walk miles every day to fetch it, the rate of girls who are enrolled in school goes up 15 per cent. (UNWater) 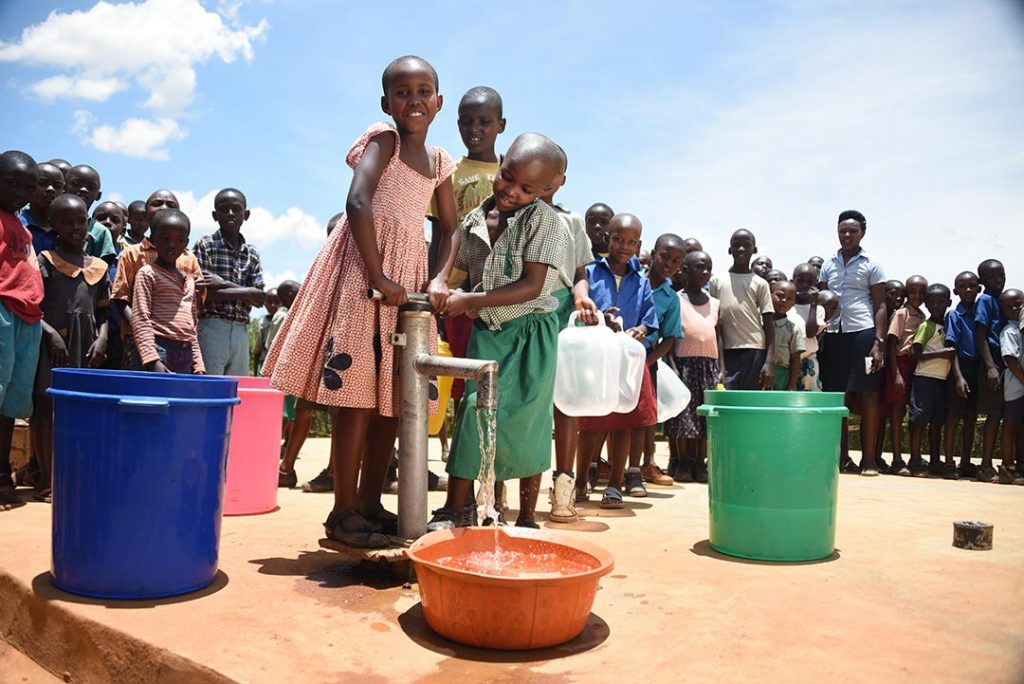 In December 2015, Janet’s Compassion centre was able to install a rainwater-harvesting system at the church thanks to generous donors.

Now the church is able to store 110,000-litres of rainwater, which is safe to drink. The Compassion centre has been able to cut down on the money it spends on buying water and treating diseases, and the community is able to access safe water without the long and dangerous trek to gather dirty water.

The children marvel at the water pump and now think it’s fun to get water for their homes. 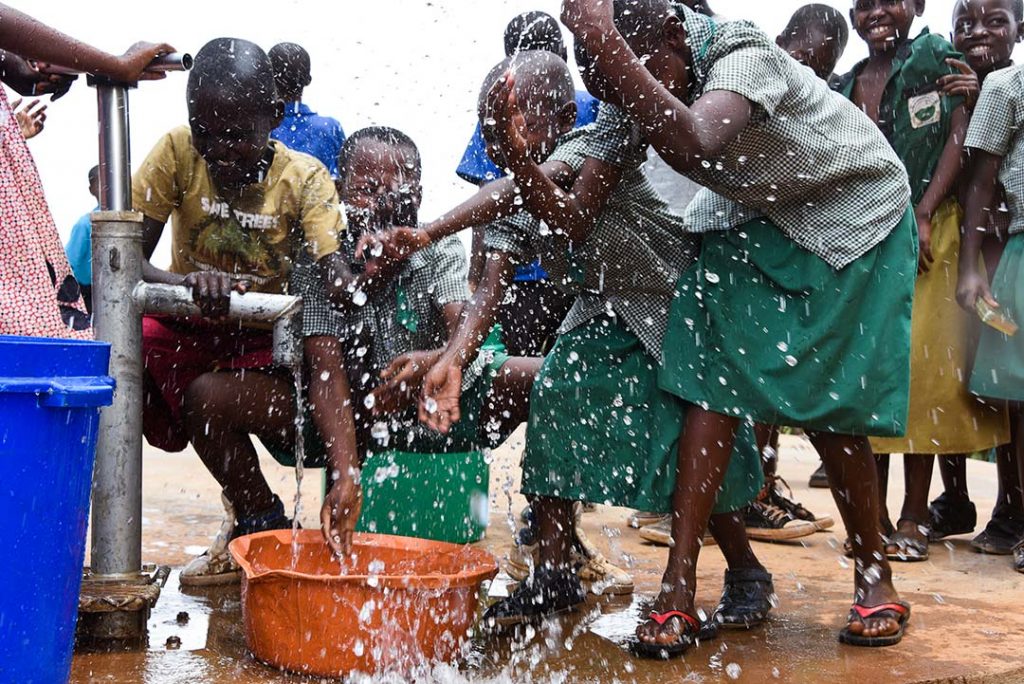 “The water is very clean, and it’s also near my home,” says Janet.

This morning, Janet pulls her blanket over her head for an extra bit of morning sleep. She wakes up when the sun is just above the horizon, rested and energized for the day.

Instead of taking the right turn to the river, Janet gallops in the opposite direction. She gathers water at church and arrives at class on time. Then after the last bell of the day rings, Janet follows her other classmates to the church to gather their families’ evening water.

Soon, Janet walks home with clean water, knowing her family won’t get typhoid any more from the water she gathers, and happy she’ll have time to do her homework—and just be a kid.

Want to help kids like Janet get access to clean water? Donate to our Safe Water and Sanitation campaign to help us raise $1 million to keep children in Africa healthy and in school!