A desperate wife considers murder, but turns to Jesus instead. 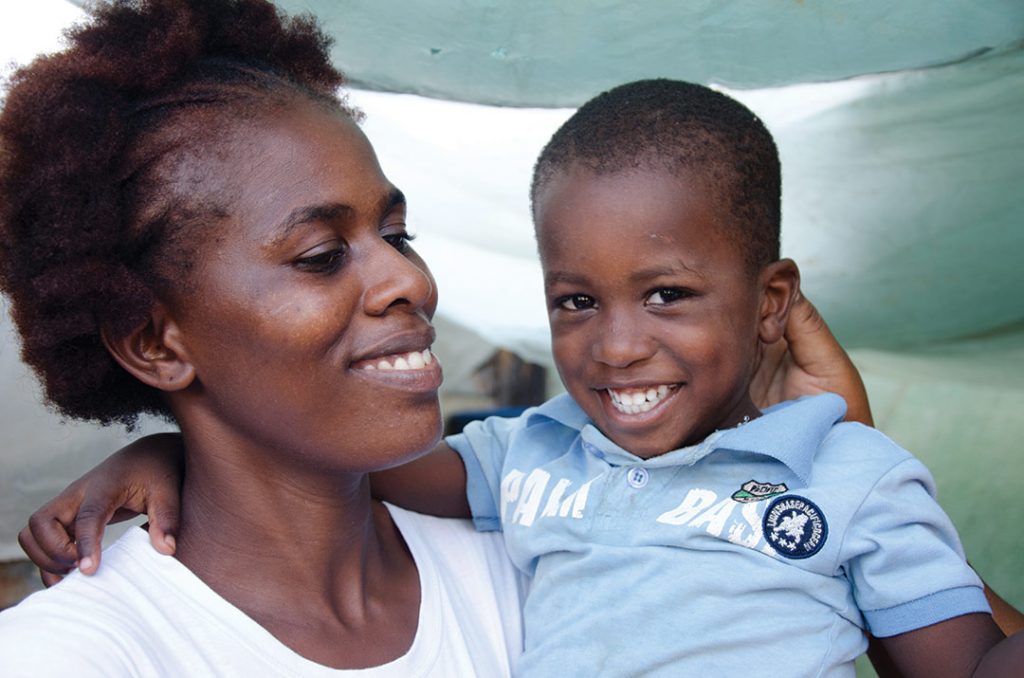 It had happened one too many times.

Maria Elena’s husband would come home drunk. He would shout. He would threaten. And he would beat her—in front of their three children.

Tragically, domestic abuse is common in many homes in the Dominican Republic. Machismo, a Latin American value of strong, aggressive men, exacerbates the culture of acceptance of domestic abuse. Hitting your wife is just part of the culture. There are laws regarding it, but they aren’t always enforced, especially for women living in extreme poverty who don’t know their rights. Few resources or recourse exist for women trapped in abusive homes.

According to Maria Elena, she herself was no pushover.

“I used to be unbearable and very aggressive,” she says. “I took everything personally and I used to think maliciously. If I believed that someone said or did something against me, I didn’t hesitate to fight with that person no matter who it was.”

So Maria Elena decided to take matters into her own hands. Working as a housekeeper, she was able to make about $4 a day and had put a little bit aside. She gathered all of the money she had managed to save—$87—and visited a man to propose a deal.

“I told him that I needed to send someone to the ‘other world’ because I couldn’t live with him anymore,” says Maria Elena. “He asked me when I wanted it to happen, and I told him the sooner the better.”

But the man wanted an additional $32—and wouldn’t close the deal. Maria Elena was angry and desperate. She was so frustrated that she called Wendy, a woman she had met at Compassion’s Child Survival Program. 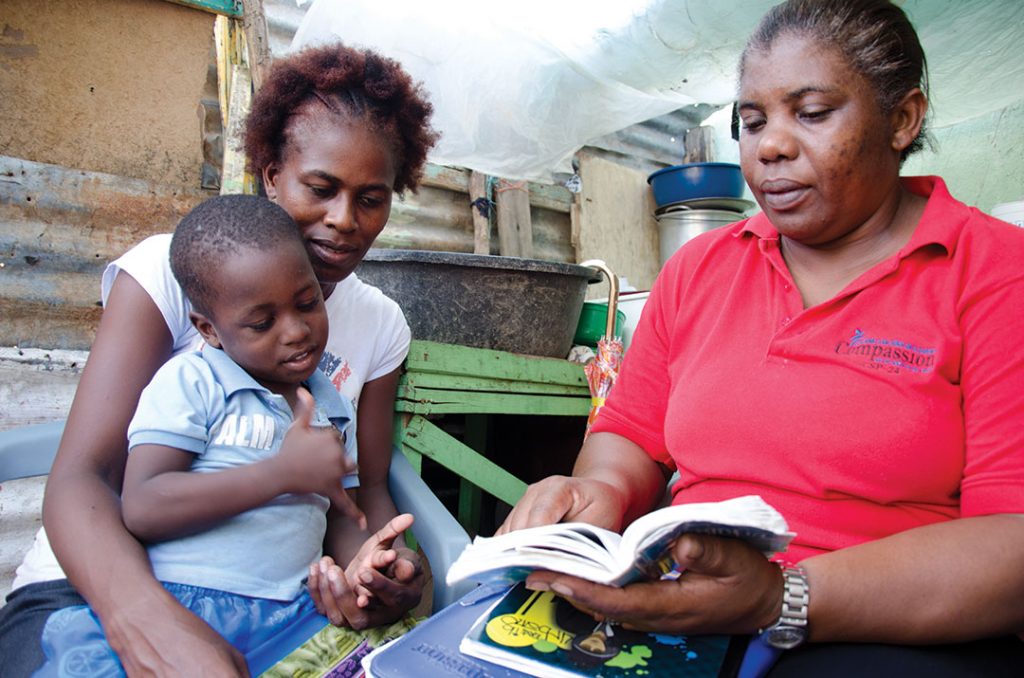 Maria Elena at her home with Wendy

Maria Elena had joined the Child Survival Program at a local church when she was pregnant with her youngest child. Through the program, she received support to raise a healthy baby, and she developed a deep friendship with Wendy. Wendy is a worker at the program who visits the moms at home and is a support to them.

When she heard of Maria Elena’s plans, Wendy asked, “Are you conscious of what you’re about to do? Do you believe in God? Do you know that He can make your partner leave without you doing this?”

Maria Elena answered, “I believe in God, but He always takes too long to answer. I need him to go, and I need it now.”

It just so happened that on that very day, Maria Elena’s friend invited her to church. Maria Elena went, just to please her friend. But as soon as she arrived, she felt the pastor was talking directly to her. She was overwhelmed and amazed. Convinced by what she heard, she stood up and made the biggest decision of her life. On October 2, 2015, Maria Elena surrendered her life to Jesus.

She abandoned her plan to have her husband murdered.

The Child Survival Program staff began the process of reporting Maria Elena’s husband’s abuse to the police. In the meantime, the director of the Compassion centre and Compassion’s partnership facilitator tried to meet with her husband to counsel him, but he avoided them every time. Maria Elena had family living nearby, so Compassion staff made sure that her extended family was always around to look after Maria and her children. Wendy continued to visit Maria Elena at home frequently, praying with her, reading the psalms with her, and counselling her. 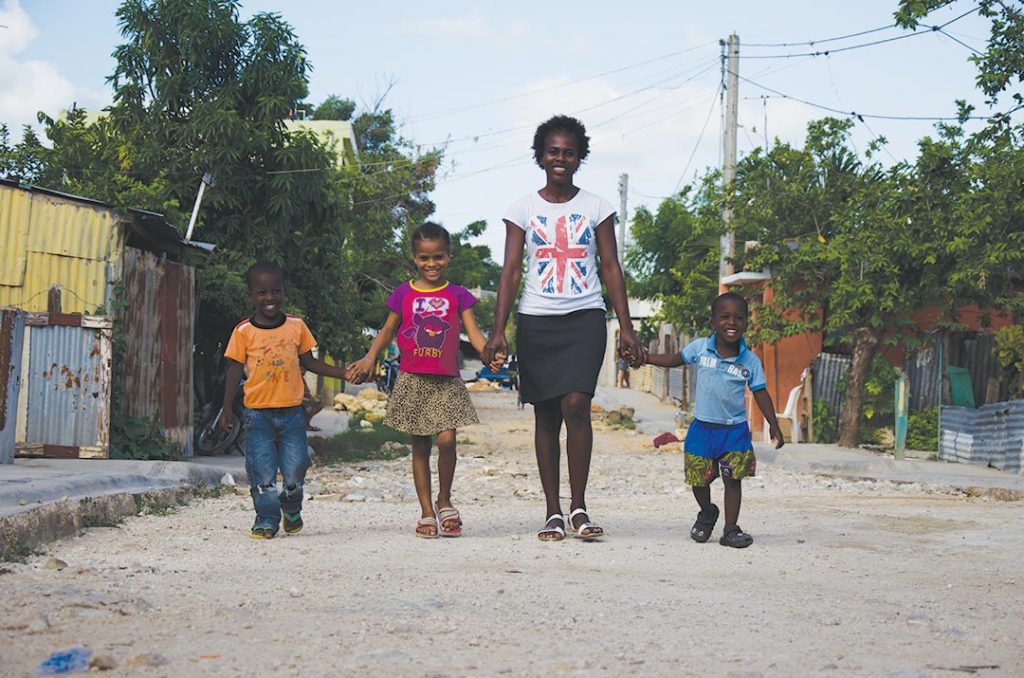 Maria Elena and her children

But soon the situation escalated. Her husband tried to murder Maria Elena and her daughter. They were both able to escape and run to the police who put him in jail. They have never seen or heard from him again.

It’s been a year since Maria Elena invited Jesus into her life.

“I feel good about the decision I made,” she says. “That’s why I keep my steps firm and ask the Lord for strength to remain, because if I didn’t have the Lord in my life I don’t know where I would be.”

Wendy has been there with Maria Elena through it all.

“To me, more than a friend, Wendy is the mother I’ve never had. She has given me all the love that my mother never gave me,” says Maria Elena. “She is always visiting me and praying for me. There are so many things I’ve learned from her. She loves me and I love her, and I know she loves me because she has proven it with her actions.” 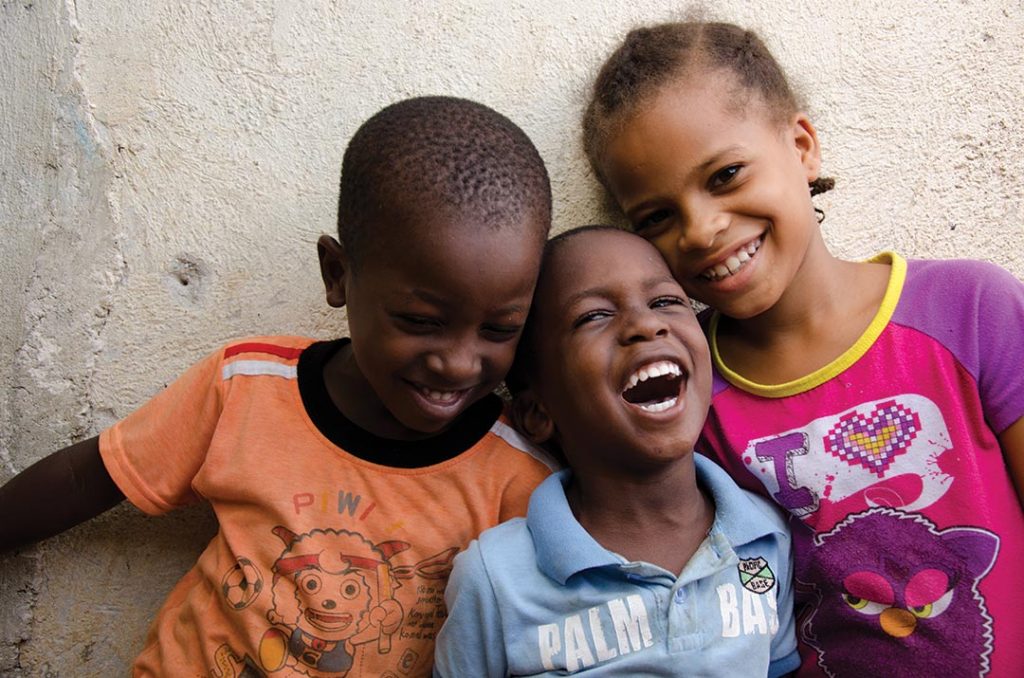 Today, although they still live in poverty, Maria Elena and her children are happy. Thanks to therapy and counselling through the Child Survival Program, they are learning a different way of interacting with others and are building healthy relationships.

“I have learned to behave better, how to express myself and talk in a proper way to people,” she says. “I have also learned to treat my children well and to give them love, even when I am not in the mood. This is all because Wendy has dedicated herself to teach me the Bible.”

Through the Child Survival Program, Maria Elena has also learned how to do manicures and pedicures, and this has helped her to supplement her income as a housekeeper, especially now that she is a single mom.

Maria Elena is evidence of the new life we can find in Christ. Once, Maria Elena was aggressive and violent, but now she is a new creation. Her whole family is transformed as they learn to walk in the way of Christ.