Rupali’s father died, and her mom begged part-time. What hope could there be for a different future for Rupali?

Amongst the poorest families in Bangladesh, only 22 per cent of children go to secondary school. That was true for Rupali’s parents. Neither of them knew how to read or write, having dropped out of school when they were young to start working.

In their rural community in Bangladesh, young boys would start working in the fields in order to help feed their families. Most people believed there was little point in educating girls, as their primary duties in life were to be cooking, cleaning and raising children.

But over the last several generations, there has been a shift. There are now more girls enrolled in primary and secondary school than boys. The government of Bangladesh has made primary education mandatory, which has vastly contributed to an increase in the country’s literacy rate.

Although attitudes towards educating girls have shifted, there are still barriers. Bangladesh has one of the highest rates of child marriage in the world. A third of women in Bangladesh are married before age 15. Child marriage is especially common among poor rural populations. Many families believe that the onset of puberty is a sign that a girl is ready for marriage, while men wait to marry until they are financially independent. Child marriage can leave the families of girls destitute, as the practice of dowry is becoming more common. Although illegal, many poor families pay a sum to the groom’s family. As the price of a dowry often rises as a girl ages, it behooves families to marry their daughters younger. 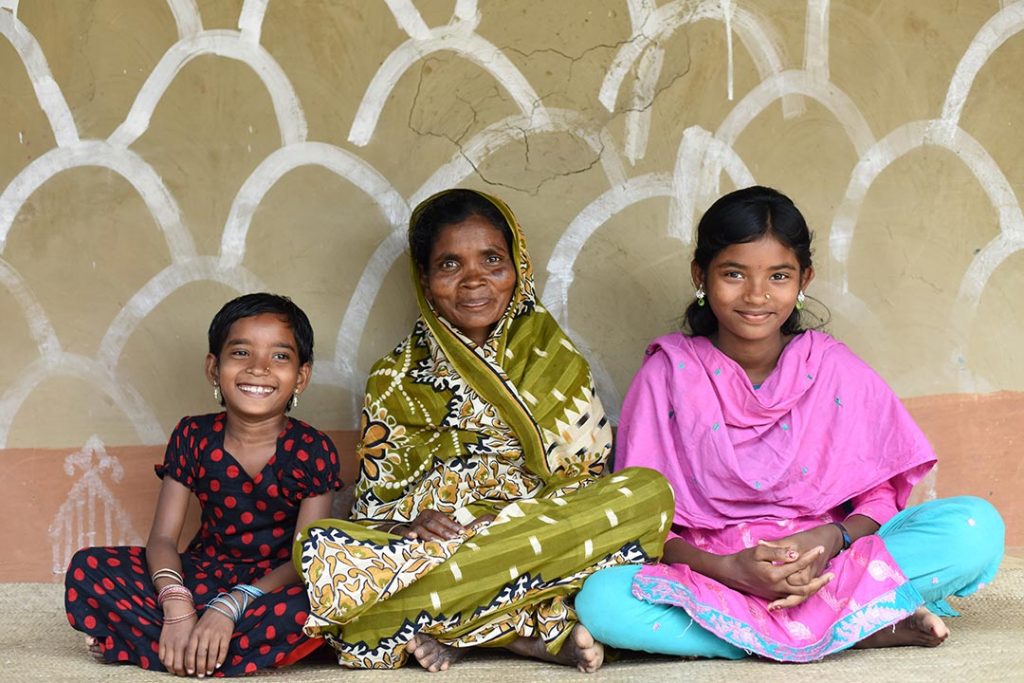 All this results in many girls in Bangladesh having children when they are still in their adolescence. In fact, Bangladesh has one of the highest rates of adolescent motherhood in the world. Having children young is linked to higher maternal mortality rates. When mothers are young and uneducated, it also leads to higher rates of disease and mortality in their infants.

Another challenge facing women in Bangladesh is violence. More than half of women report having been physically or sexually abused by their husbands. One-third of people think a husband is justified in beating his wife in certain circumstances. As women are often much younger than their husbands, they often lack a voice and the power to make simple decisions for themselves such as when to leave the house and whom they visit.

It seemed like this was what Rupali’s future would hold too—dropping out of school, marrying young, and continuing the cycle of poverty.

Her world had been shattered when her father passed away when she was only seven years old. After that, her mother, Joshoda, struggled to provide for the family. In harvest time, Joshoda makes the equivalent of about $2.30 a day working in other people’s fields. But during the off season, she resorts to begging in the local market in order to feed her children. Rupali’s dream had been to become a doctor. But after her father died, she knew that dream was impossible.

But as it happened, soon after her father’s death, a local child development centre opened in Rupali’s community. Joshoda—who had always wanted her daughters to have a different life than she had—registered Rupali immediately.

Rupali suddenly had social workers and tutors at the centre who cared about her life and who gave guidance for her future. They ensured she stayed in school, and Rupali’s dream of becoming a doctor flickered back to life. 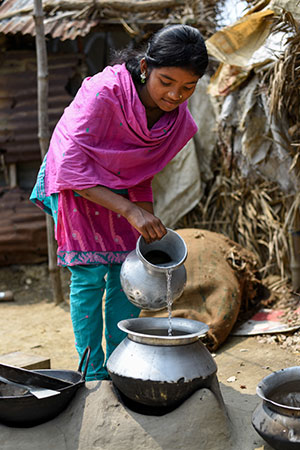 Rupali, now 12, is dedicated to her education. She spends three hours every day studying—and teaching her younger sister, Sonali, how to read and write. “I used to find it difficult to study when I needed help at home because mummy and daddy didn’t know how to read and write,” says Rupali. “But I am happy to be able to guide my sister in her studies.

Besides helping her sister, Rupali has learned character at the child development centre. She eagerly helps her mom with household chores such as cooking, gathering water, cleaning and washing dishes. Joshoda is thankful for her responsible daughters, saying, “My daughters have been an overwhelming blessing in my life for which I am eternally indebted to the sponsors.”

Although she didn’t get to study herself and some days can’t earn even a penny, Joshoda always encourages her daughters to study and work hard so that they may never see the difficult days that she has encountered.

Sonali has just entered the first grade. She is excited to follow in her big sister’s footsteps. Meanwhile, Rupali continues to work hard at school, hoping to one day fulfill her dream of becoming a doctor.