There are two types of people. For some, the mention of Christmas plans in October has them putting their fingers in their ears and exclaiming “la la la la!” to drown out the news that we are approaching the holiday season. For others, mentioning Christmas in October has them running to put on Christmas tunes and loudly singing “fa la la la la!” as they haul out the bins of décor they’ve been edging out of the basement since July. Usually, both types of people were sitting at your Thanksgiving dinner table and perhaps had a lively debate about when Christmas should begin for the umpteenth time.

While here at Compassion we can certainly understand both perspectives, the hum of Christmas cheer does make its way into our world in October. However, we do have a very good reason for bringing Christmas up in October: Compassion kids! 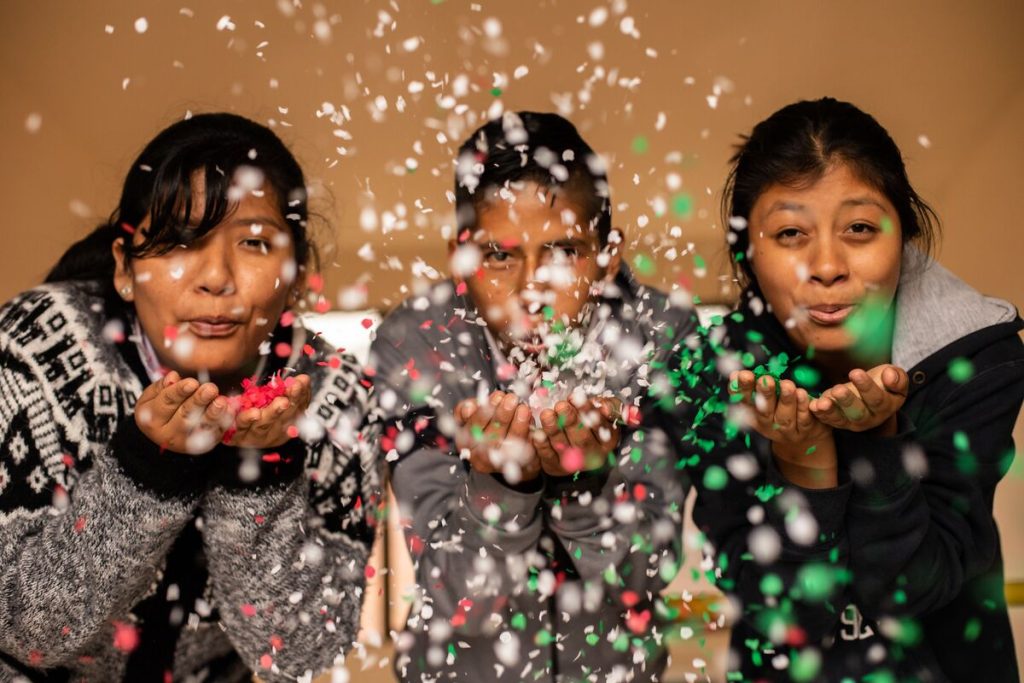 In order to ensure that every Compassion child receives a Christmas gift, we have to start early! We have a lot of children to bless—over 2 million!—and we need to make sure every one of them receives a gift and their Christmas letters on time.

I need to write my Christmas greetings!

For kids like Jose, Nery, Fabricio and their friends, the gifts and letters that they receive at Christmastime are precious reminders of God’s love for them, particularly after the incredible amount of change that the pandemic has brought into their lives. 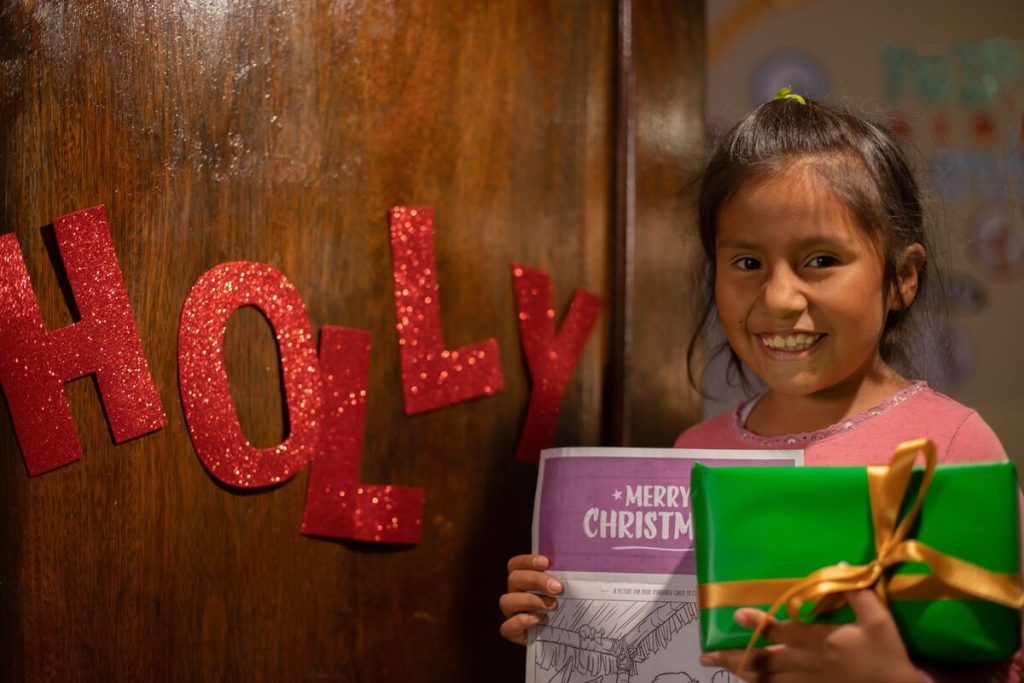 The Compassion centre Christmas celebration is always a special time for children. For some, it’s the first time they will receive a Christmas gift. Last year, Jose’s Compassion centre began organizing their Christmas celebration two months in advance, so they could ensure the safety of children and families. Instead of having a large party, staff called each family to ask them to visit the centre to collect their child’s Christmas gift.

Jose was thrilled. With the centre looking beautiful and festive, the Compassion staff were ready to receive the families. Zuly called eight-year-old Jose’s family, whose parents Edy and Magdalena decided to bring him to the centre. 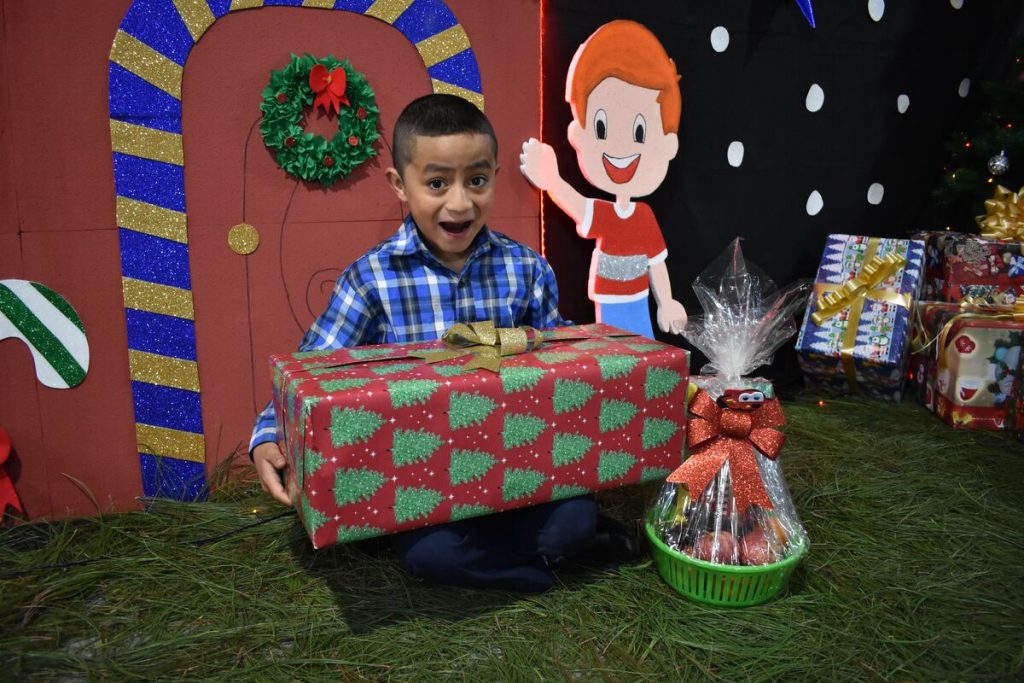 “When Sister Zuly called me, I was happy for Jose. He would receive his first gift this year thanks to the centre, so I agreed to visit the centre with him so he can have a happy moment in this tough year,” said Magdalena. “When I told Jose about the Christmas gift, he couldn’t stop smiling and jumping around the house. He was excited about it, and me, too. It is happiness that you can’t describe when you can’t bring those kinds of gifts to your child.” 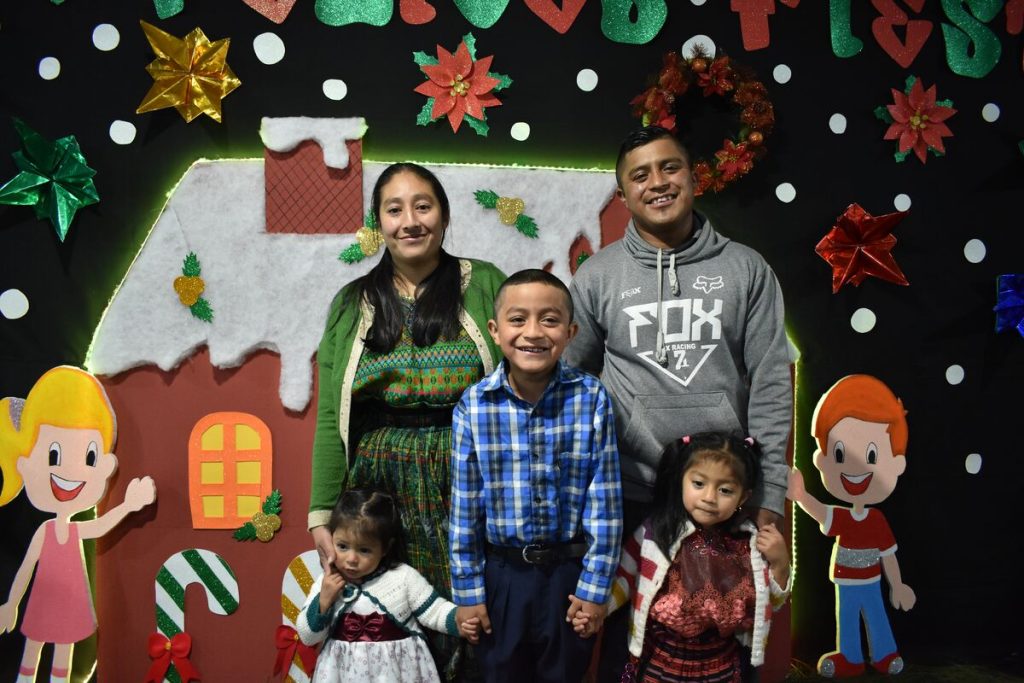 Jose stands with his mother and father, Magdalena and Edy, and his two sisters, Estrella and Magali.

Christmas is Jose’s favorite time of the year. Every year, he looks forward to receiving a present from his sponsor and eating sandwiches, which is his favorite Christmas meal.

“I had never in my life received a Christmas gift. I didn’t even know what it was. My family and I just meet with my grandparents and received hugs until I started attending the centre, and I received my first Christmas gift,” he said. “Since that moment, every year, I await Christmas so that I can receive my gift. Last year, I received a pair of shoes and one toy. This year, I was sad because we can’t attend the centre until my mother told me that I had a Christmas gift at the centre! I can’t wait to see it.”

There is no doubt, that as Jose’s Compassion centre begins their plans for Christmas this year, Jose will be looking forward to it with excitement and joy. 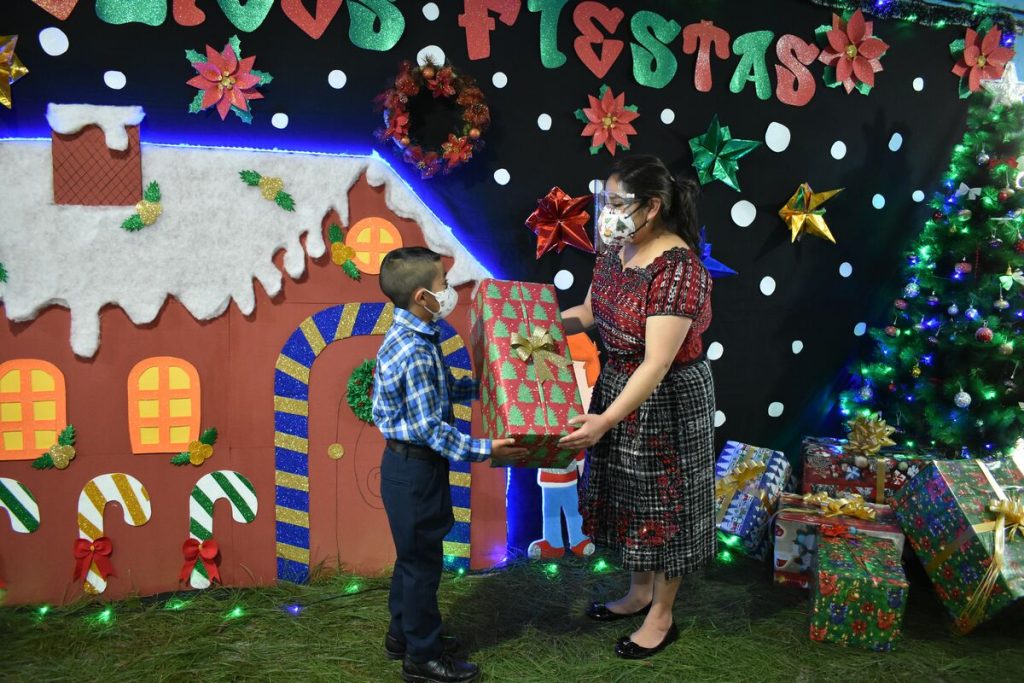 Christmas gifts are undeniably a special part of every Compassion child’s year but equally as significant to the heart of Compassion children are the letters they receive from their sponsors with Christmas greetings.

For Nery, Fabricio and their friends, receiving the letters from their sponsors last Christmas provided encouragement and hope after a difficult year. The words of love and the knowledge that someone cares for them and their wellbeing have carried them through the continued challenges of the pandemic. 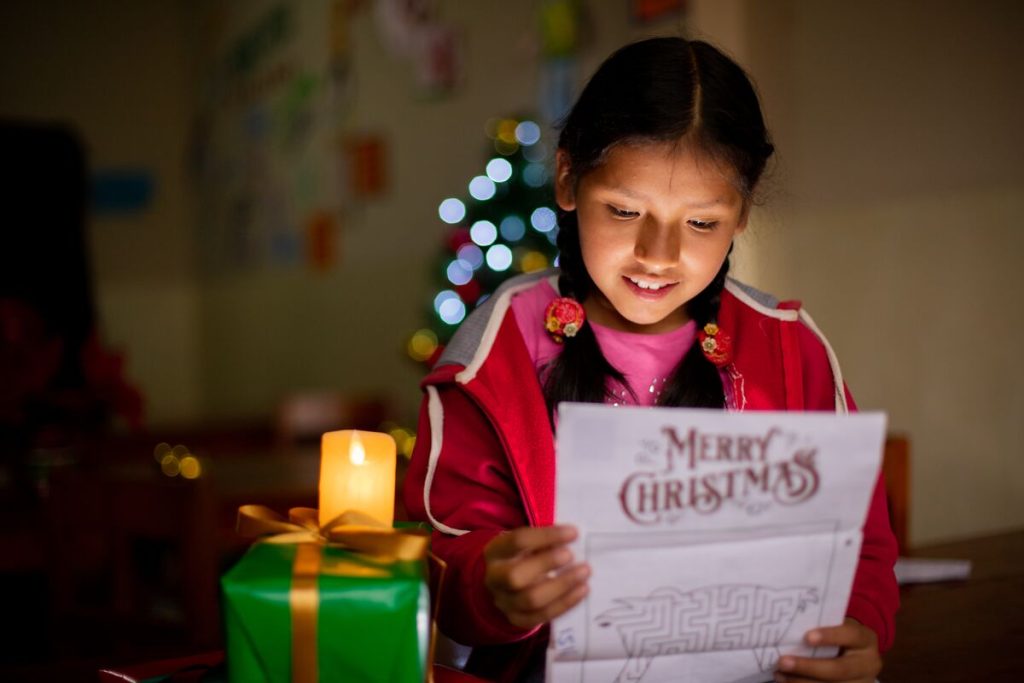 Nery shares: “I like that my sponsor wishes me a Merry Christmas, and other good wishes, and tells me about her family. I love to receive her letters because I get to know more about her. She also congratulates me on my grades.”

Nery’s friend, Sarai, also received a letter last Christmas and told us what she loves best about her letter. “What I liked most about my Christmas letter is that my sponsor speaks to me about the Bible in an interesting way. She said that Jesus died on the cross for me and that He was born with a purpose. She doesn’t write to me very often, but she always writes to me for Christmas and that makes me very happy. I like when she tells me that she always prays for me.” 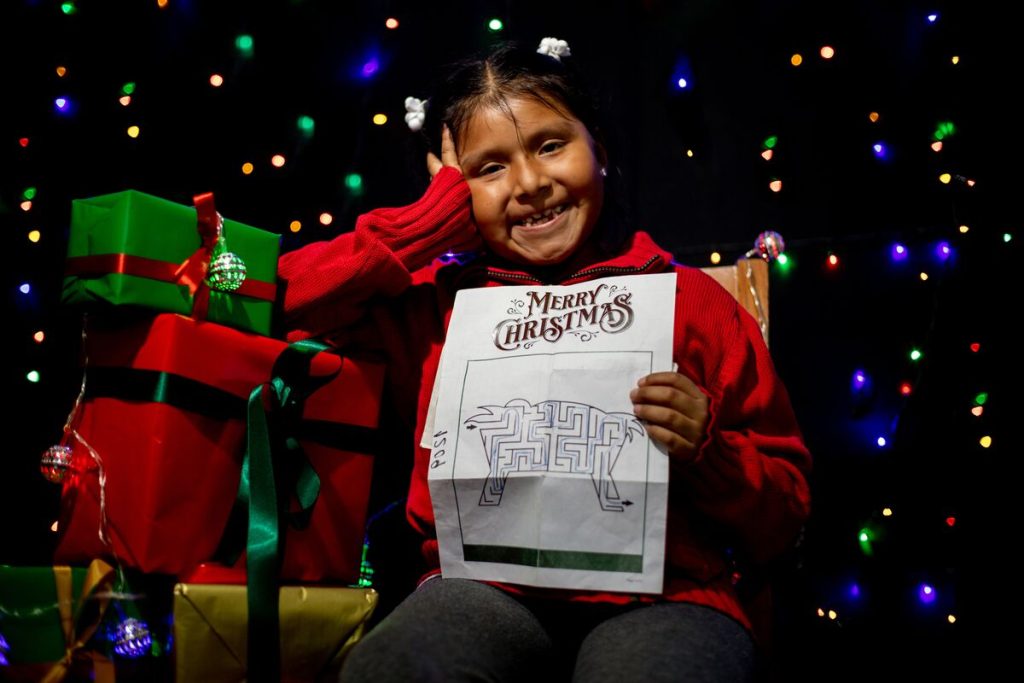 Sarai holds up her sponsor’s letter.

Fabricio shares that the Scripture verses his sponsor sends and his sponsor’s prayers are what he cherishes most about his Christmas letters. “I like that my sponsor writes to me, and I love that he says that he always prays for me. I also pray for him. I like that he tells me about his trips and that I can see those places through the photos he sends me. In this Christmas letter, he also wished me and my family a happy time. In his letters he always sends me Bible verses so I can memorize them and learn more about the Bible. He sent one in this letter, too.” 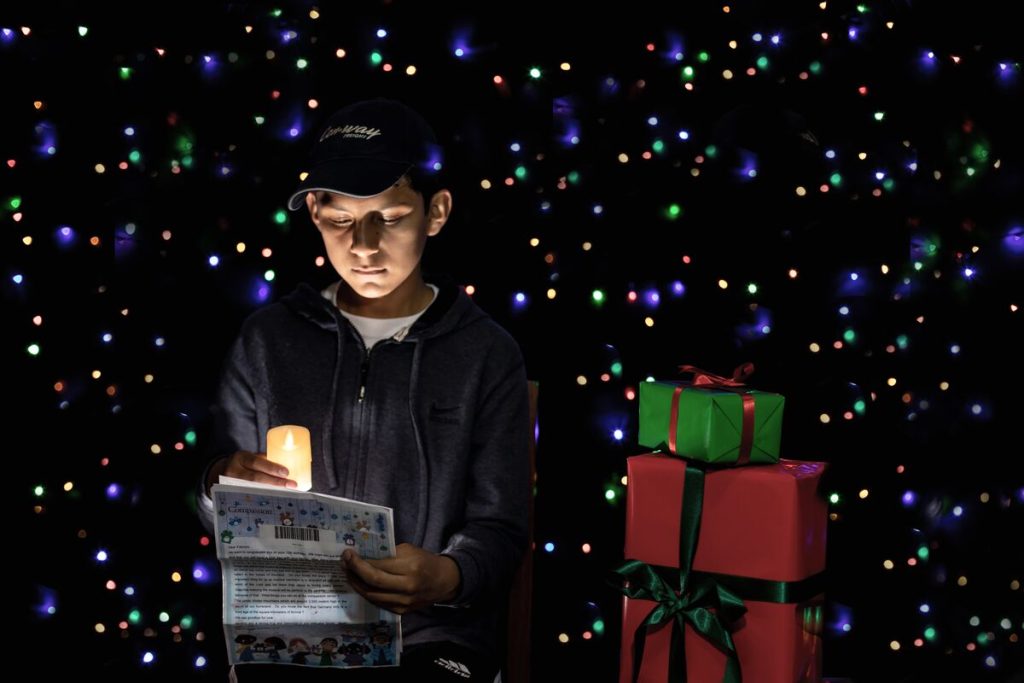 And Fabricio’s friend, Edwin, was encouraged by his Christmas letter too. “My letters are beautiful because they have a lot of photos from my sponsors. I like it when they ask about me, how I am, and about my siblings. What I liked the most is that they said that Christmas time is to be with our families. The presents are not the most important part, spending time with our families is. I agree with that.” 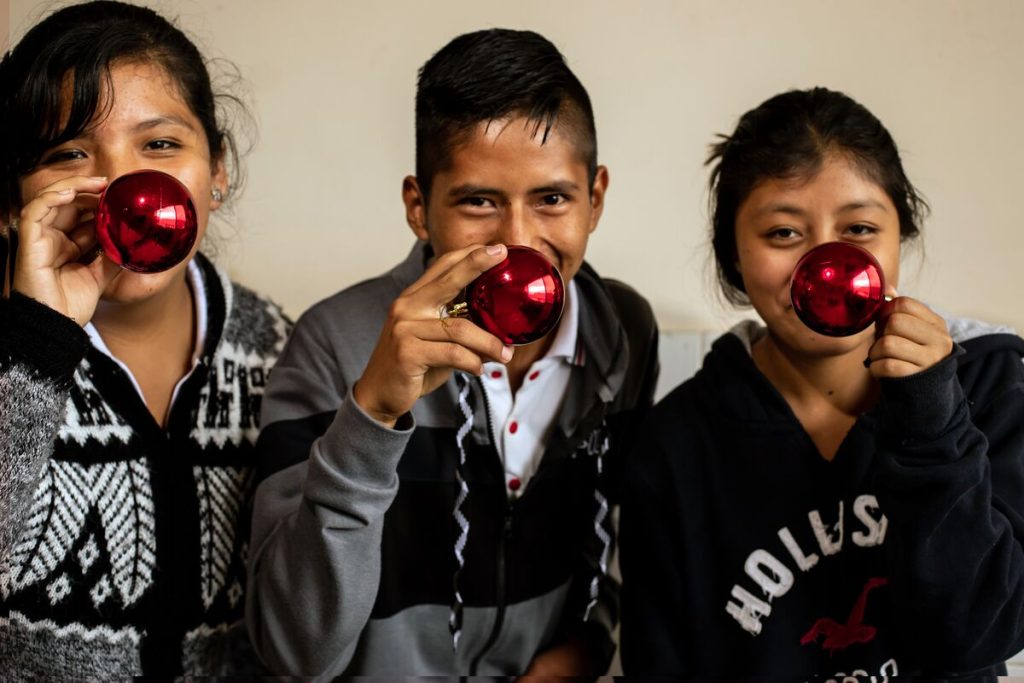 Edwin celebrates with his friends Caroline and Daira.

We know it is only October, but the intentional gifts and letters you send this month will make sure that Compassion children receive the encouragement, hope and joy of the season… right on time!

Give a Christmas gift today