Resonance. It’s a musical term that captures the impact of a note after it has been played or sung. How that note interacts with time and space. The right frequency for maximum amplification.

If there is one thing the Concert of Hope knows how to utilize, it’s resonance. With a world-class collection of artists and musicians, the Concert of Hope strikes the chords of our hearts with powerful performances and inspirational talent. But that’s not all it brings to the stage. It takes a night of music and song to create resonance with generational impact in the lives of mothers and babies around the world through Compassion’s Survival program.

COVID-19 has hindered us from experiencing the beauty of live music and theatre. Despite those obstacles, or perhaps because of them, artists, musicians and songwriters have poured themselves into their craft with a purpose in mind. This year, the directors of Concert of Hope, Jason Erhardt and Victoria Luttrell, are pulling a collection of talent together that is passionate about helping mothers and young children to thrive. This special evening is raising funds with Compassion’s Survival program to support this critical stage of life. Most of the millions of children who die every year pass away in their first year of life. The majority of these deaths are preventable. That is exactly why these artists are coming together for the Concert of Hope. 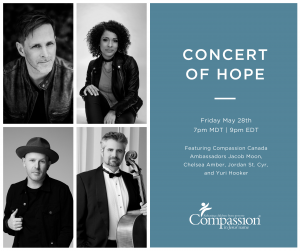 Compassion Ambassadors Jordan St. Cyr, Chelsea Amber, Jacob Moon and Yuri Hooker & family along with other compassionate performers with an impressive scope of talent will be taking the stage in your home and bringing their creative gifts to life. Artists and musicians are masters of harnessing hope, creating community and shaping the world around us by drawing us to what is beautiful and profound. Their gift in this season is a reminder that despite restrictions, creativity finds a way to change lives. They each have honed their artistry to express hope in a way that has resonance in your life and in the lives of children around the world.

We invite you to attend the Concert of Hope this Friday, May 28th for a vivid, vibrant experience that will inspire and delight you—and may even give voice to the artist inside.

Because art and music are not just about notes. They are about the resonance of those notes long after they are played.

Meet the Compassion Ambassadors and performers… 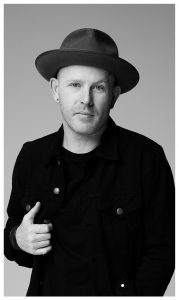 Jordan uses songwriting to reveal the depth of God’s love for the world.

Jordan St. Cyr is a five-time Covenant Award winner, a current top 10 Billboard charting artist with his latest single Fires and his newest EP Be My Defender nearing a combined total of 6 million streams. Jordan’s hope is to continue writing music that ministers to people, drawing them into a deeper relationship with God and the love He has for them. Look for his new full-length album releasing this fall. 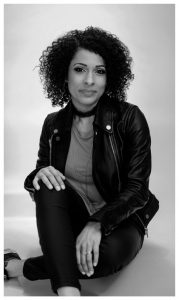 Chelsea’s powerful vocals unlock a sense of profound purpose in every audience.

Canadian Christian recording artist Chelsea Amber brings her pop/soul sound to life with passionate and powerful vocals, uplifting lyrics and soulful guitars. Since 2007, Chelsea has released four albums and two EP’s which were recognized with a total of 21 music awards and a 2015 Juno nomination. She has toured Canada and the USA and graced the stage with musicians such as Dan Bremnes, Mercy Me, Avalon, and a duet with Rita MacNeil. Chelsea’s drive to move forward in the music industry is fueled by her faith in God and a desire to bring hope and a sense of purpose to every audience. Chelsea has been a passionate supporter of Compassion Canada since 2009 and she and her husband Nate currently sponsor two children in the Dominican Republic. 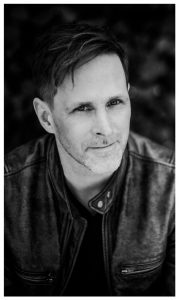 Jacob shapes the world to reflect God’s justice through his music.

Jacob Moon has been recording and performing full time for the past 25 years, and has released 10 CDs as a solo artist, plus one album with The Commissionaires. He has shared the stage with Gordon Lightfoot, Ron Sexsmith and Steve Bell among others. Jacob recorded a song that appears on Rush’s 2112 40th Anniversary Reissue, alongside artists such as Foo Fighters and Billy Talent. His music has taken him all over the world, and his heart for justice has led him to advocate on behalf of the oppressed, in particular the children that Compassion has served for over 60 years. 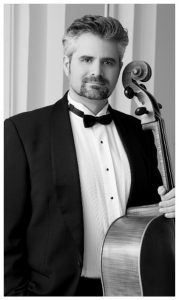 The Hooker family has made excellent music an expression of compassion to the world around them.

Principal cellist of the WSO, Yuri Hooker is well-known for his passionate and soulful interpretations of a wide range of repertoire. His frequent solo appearances have been met with critical and audience acclaim. Yuri also appears regularly with the Winnipeg Chamber Music Society and Groundswell. As well as performing, Yuri is an inspiring and dedicated teacher whose students are regularly recognized locally and nationally with awards and scholarships. Yuri holds a Bachelor of Music degree from Brandon University, which he followed with graduate studies at Indiana University.

For over ten years, Yuri’s wife Michelle Mourre has been sharing her love of music with Canada’s Royal Winnipeg Ballet School as a pianist and music teacher. In addition to her work with the RWB School, she has served as Conductor in Residence at the Winnipeg Symphony Orchestra and as Artistic Director at the Brandon Chamber Players. Michelle has been invited as guest conductor to the Victoria Symphony, the Toronto Symphony, Symphony Nova Scotia, the Grand Forks Symphony, Soundstreams Canada and Groundswell. She also served as Creative Director for Grant Memorial Baptist Church and Music Director at Broadway First Baptist Church in Winnipeg. After her studies in Brandon, Ms. Mourre obtained a master’s degree from Indiana University. She the recipient of numerous honours, including the Heinz Unger National Conducting Award and the Jean-Marie Baudet Award from the Canada Council. 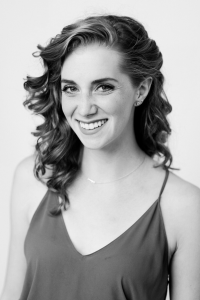 Victoria’s belief that music can build the Kingdom of God radiates through her passionate vocals and music.

Victoria Luttrell is a graduate of Oklahoma City University with a Bachelor of Music in Musical Theatre. Victoria is excited to be back in the city she loves and to be a part of the growing music scene in Calgary! Some of her favourite past performances include: Kristin Chenoweth: My Love Letter to Broadway at the Lunt-Fontanne Theatre, Anything Goes (OKCMTO), The Drowsy Chaperone (OCUSTRIPPED) and Joseph and the Amazing Technicolour Dreamcoat (Storybook Theatre). Victoria was also a cellist in the Oklahoma City University Symphony Orchestra. She has participated in the annual Concert of Hope since 2008 and counts it as a privilege to be able to build the Kingdom through the gift of music. 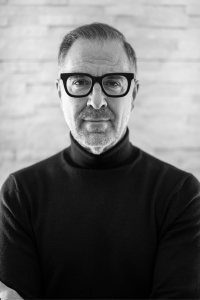 Jason Erhardt is a native Calgarian and counts it a privilege to be able to make music for the glory of God as well as to be involved in the arts in his city through his roles as Artistic Director of the Core Celebration Concerts, choral director with the Youth Singers of Calgary, conductor of the Ambrose University Orchestra and Worship Pastor at Centre Street Church. Jason has performed as bass-baritone soloist with the Calgary Philharmonic Orchestra, the Mexico City Chamber Orchestra, the Calgary Civic Symphony, Calgary Concert Opera Company, Calgary Chinese Oratorio Society, Symphony of the Kootenays, the Bow Valley Chorus and the Calgary Bach Society. With Cowtown Opera Company Jason was musical director/orchestra conductor for The Phantom of the Opera Sing Along (also with Opera Nuova, Edmonton), The Sound of Music Sing Along and sang the roles of Sarastro in The Magic Flute and Father in Hansel and Gretel. Jason feels privileged to have been part of all 14 Concerts of Hope. He thanks you for supporting the arts and the work of Compassion through this exciting annual event. 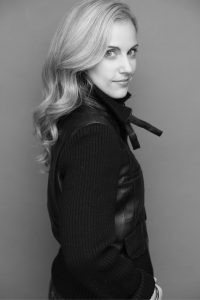 Raquel is a fresh and versatile performer who has used her talent to captivate and move the hearts of her audiences across the globe.

Known for her “fresh and clear” sound and her versatile performances of complex characters, Raquel Suarez-Groen is a force to be reckoned with on both Opera and theatre stages. Ms. Suarez-Groen made her Broadway début in the iconic role of Carlotta Giudicelli in The Phantom of the Opera which she has since performed close to 1,000 performances in her two years with the company, and continues to be seen nightly at The Majestic Theater. Ms. Suarez Groen has received critical acclaim for her international appearances on concert stages throughout North America, Europe and the Middle East. She has been busy on camera this past season as well with several print campaigns running including Injectafer and SculpSure. She also appeared as a soloist for NY Couture Fashion Week.