Today, we’re celebrating children in the African countries where Compassion works. Children in these countries face many unique challenges—but through their local church, they also have amazing people looking out for them. Here are just a few stories of the children we serve and the loving adults who care for them. 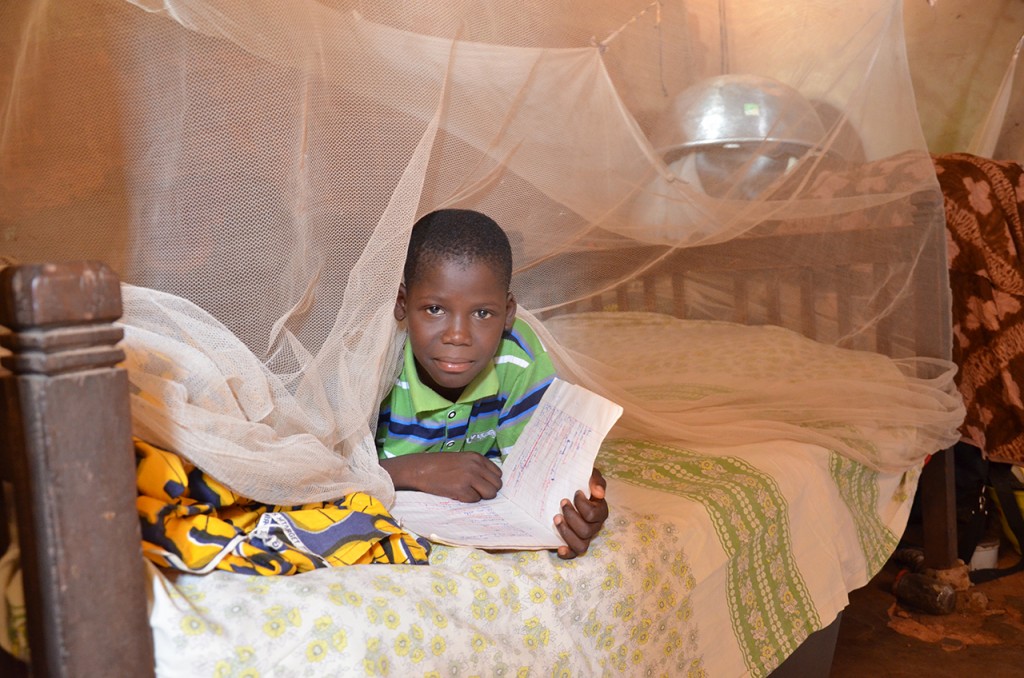 Mamadou loves soccer. He would practice with friends at his Compassion centre and in the long grass outside his home. But the grass was riddled with pockets of stagnant water and sewage where mosquitoes bred, and Mamadou often fell sick with malaria.

When staff from his Compassion centre visited Mamadou’s home, they quickly realized the problem. With a team of volunteers, they pulled out the grass and weeds and removed the standing water and sewage. Then they educated Mamadou and his family on malaria prevention and provided them with insecticide-coated mosquito nets to protect them while they sleep.

Now Mamadou and his siblings don’t get malaria anymore and his mom can use the money she would have spent on hospital visits and medication on food and school supplies instead. And Mamadou? He still plays soccer—but now he doesn’t have to worry about getting malaria. 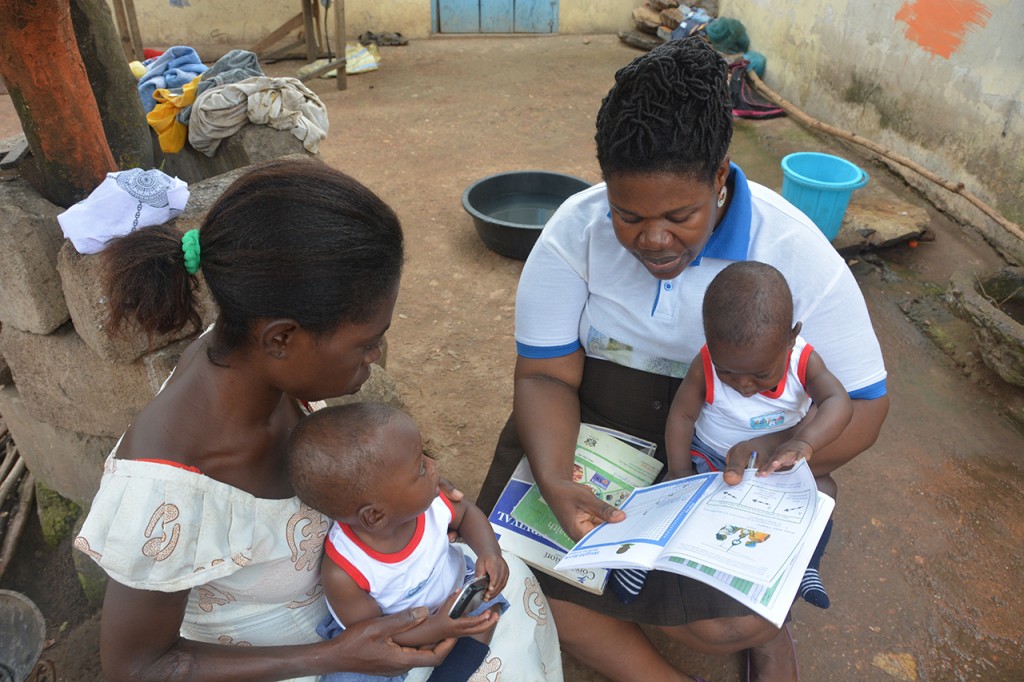 When Eugenia, an Implementer for Compassion’s Child Survival program in Ghana, visited Elizabeth, a mom in her community, she had no idea she’d be saving three lives. Elizabeth hadn’t eaten for days. And in her windowless shack, on a blanket on the floor, lay two babies. One cried silently. The other was barely breathing.

Eugenia rushed Elizabeth and her 5-month-old twins, Clifford and Hayford, to the hospital. Hayford was given a blood transfusion, and Clifford, an IV drip. Both were treated for multiple illnesses and given Plumpy-Nut, a ready-to-use nutritional booster for children with severe acute malnutrition.

When they were healthy enough to be released, Clifford and Hayford were enrolled in the Child Survival Program. Staff found a new home for Eugenia, beds to keep them off the floor and clothing for her and the boys. With the support of Eugenia and the Child Survival staff, Elizabeth now knows how to care for her children and knows if they get sick. 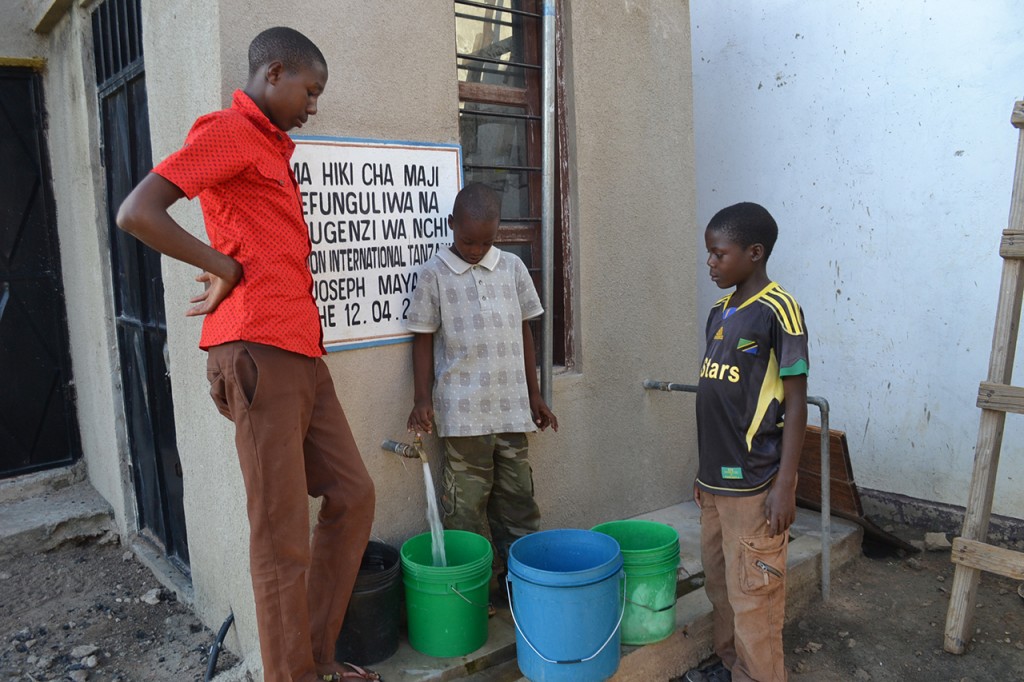 Ramadani woke up at 4:00 a.m. Bleary-eyed, he slipped on his sandals and grabbed the empty jerry can in the corner, then made his way in the semi-darkness toward an underground well a thirty-minute walk away—the only freshwater source near Singidani, Tanzania. The entire community would line up at the well and Ramadani rarely made it back home before 6:00 a.m.

At least, that’s how it was before a Compassion response program provided his local church with a well and water taps into the community.

With this new, accessible water supply, children don’t have to wake up so early or miss school because they’re searching for water. It’s also a blessing for their parents, who are able to save money they had to spend on bottled water when the wells ran dry. “You can get water at the neighbour’s if you can’t have the tap installed at home,” says Ramadani. “This means I have time to make myself clean and also do other things at home and school.” 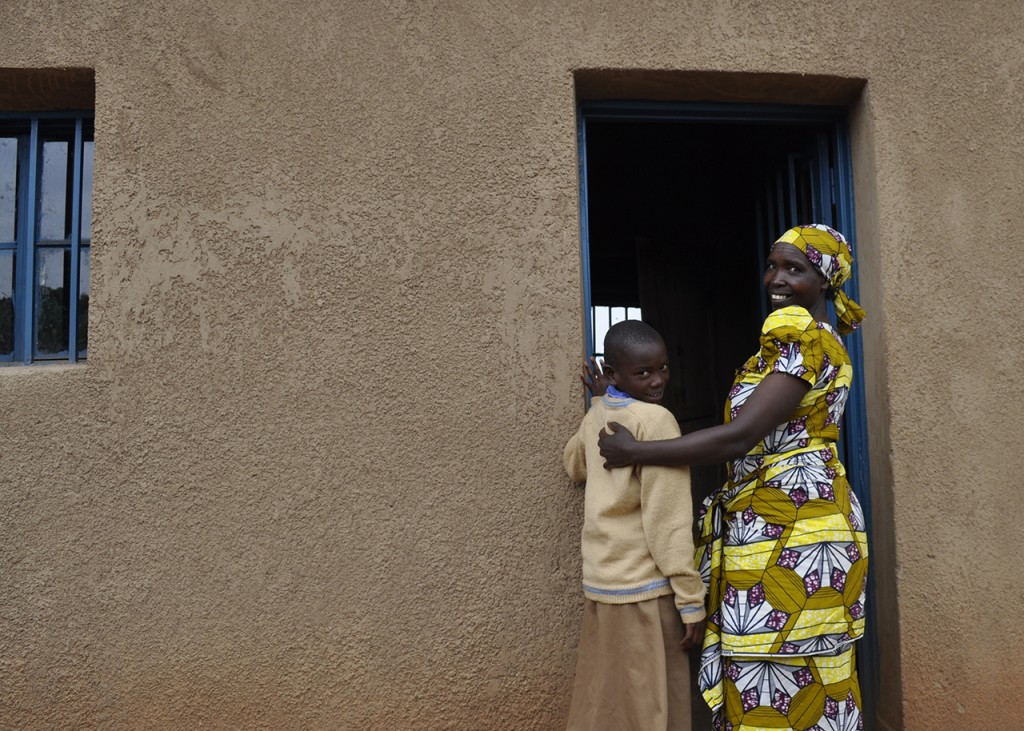 9-year-old Olive lives with her grandmother in Mbogo, Rwanda, a community known for the high amount of rainfall they receive every year—usually in short, torrential downpours. But one night the rain kept coming. Olive and her grandmother heard heavy branches carried by the water smashing into the side of their house. When water began washing under the door, they quickly escaped and watched from under a tree as their home collapsed.

Ten people lost their lives in the storm. Over eighty families were evacuated to shelters. Fields were washed away, and many lost their animals. Others lost jobs working at farms nearby.

Through Compassion’s response program, eighteen families—including Olive’s—had their homes rebuilt, safer and stronger than before. Families were encouraged to grow their own gardens to help feed their own families, and slowly, the community began to recover. 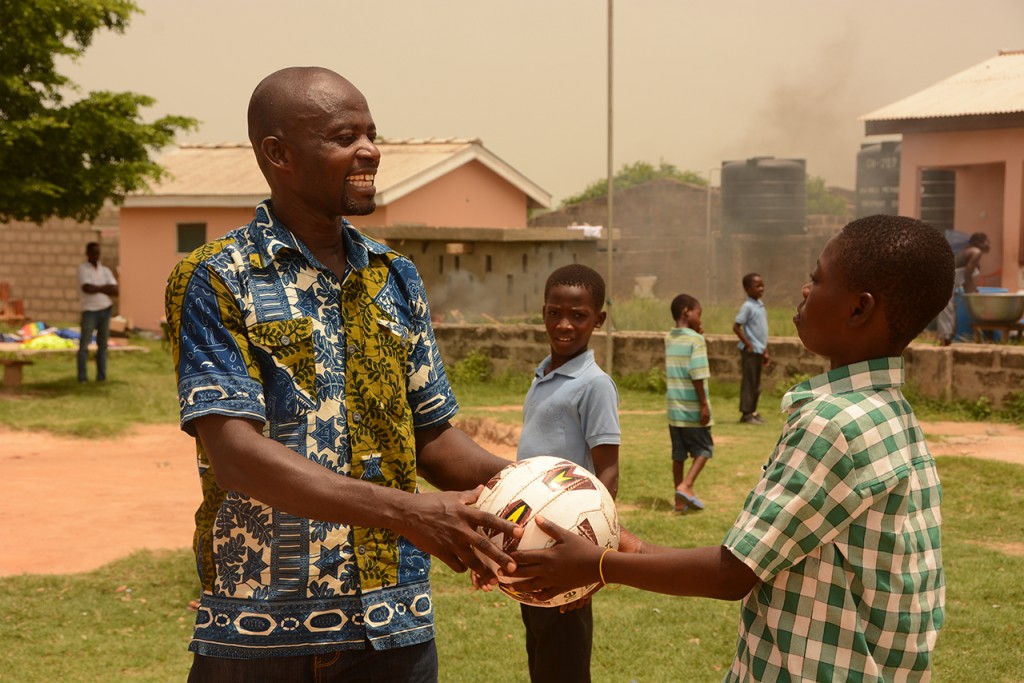 Henry Tetteh Amanor is the coordinator of the New Ningo child development centre, an hour’s drive south from Lake Volta. Thousands of fishermen take to the waters of Lake Volta everyday, making their living from what they catch. Working alongside them are seven to ten thousand child slaves, stolen from their homes with the promise of a better life.

Using children for labour saves money and food. Their small fingers are handy for repairing fine mesh nets and untangling lines. But the work is extremely dangerous. Many children die from water-borne diseases, malnutrition and drowning.

When Henry isn’t working with the children at his Compassion centre, he holds education sessions for parents on child rights and the dangers of trafficking. He also presents at schools to bring awareness to children and was part of a pilot project that helped free 182 boys from the fishing industry as well as 40 girls from the sex trade. 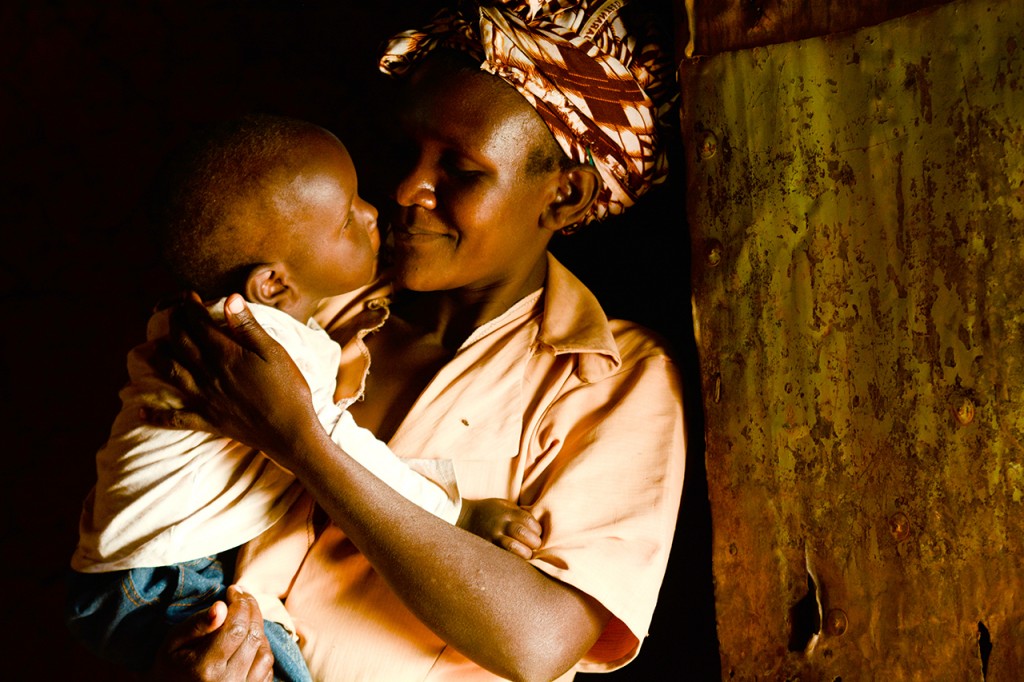 Hope for healing in Kenya

When Kevin was born, he looked like a perfectly healthy baby. It wasn’t until he was seven months old that his parents, David and Elizabeth, realized something was wrong—Kevin never looked at them. He didn’t reach out for them, or react when they placed toys in front of him. Kevin was blind.

They took Kevin to a specialist, but couldn’t afford to pay for treatment. Neighbours claimed the family was cursed. They were sent to a witchdoctor who promised to lift the curse for payment. Elizabeth gave him seven goats—everything the family had. Kevin’s condition did not change.

Unsure of what else to do, Elizabeth began to despair. Then a neighbour told her about the Child Survival Program at the local church. Elizabeth immediately took Kevin to be registered. The program paid for Kevin to see a specialist, who diagnosed him with congenital cataracts that could be removed through surgery.

Just a few months after being enrolled in the program, Kevin was able to see. But his eyes weren’t the only ones opened. “We are grateful to God, because He has blessed us with more than we could’ve imagined,” says David. “We almost lost everything to the witchdoctor who prophesied doom to our family. We didn’t find healing or peace in our hearts. But now, we’ve found a new way.”