New Year’s Eve is a big event in Ecuador. Families and friends gather to “burn away” the old year and start the New Year fresh by setting life-sized effigies of political figures and celebrities aflame.

But on New Year’s Eve 2011, a celebration in Guayaquil, Ecuador, quickly turned to horror. Children had soaked an effigy in gas to help it light quicker. Nine-year-old Marlon got caught in the flames. He was rushed to the hospital, barely conscious, as his Compassion tutor, Digna Marcias, prayed in the ambulance beside him.

“When they were taking me to the hospital, I really wanted to sleep, but everyone kept asking me questions so I wouldn’t fall asleep and die,” Marlon remembered. “I was afraid I would die, but I knew that people were praying for me.” 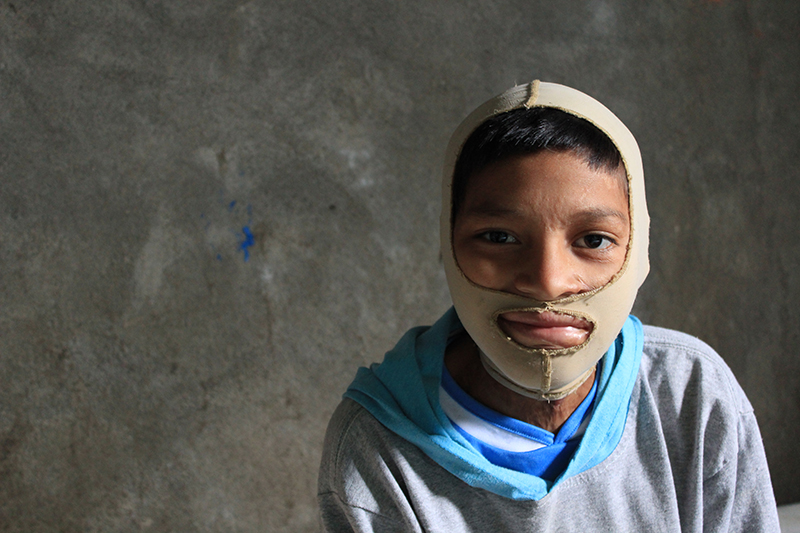 Marlon spent the next six months alone in intensive care, visited only by his pastor, Jorge Tello, and his Compassion Centre Director, Martha Paredes. His parents abandoned him after the accident.

After eight months in the hospital, multiple skin grafts and regular therapy, Marlon was ready to be discharged—but he had no home to go to and no one to care for him. Pastor Jorge discovered that Marlon had an aunt, Paulina, who worked on a banana plantation nearby. Paulina agreed to take Marlon in, but needed assistance to do it—Marlon needed round-the-clock care. Through the Urgent Needs fund, Paulina was given the same wage she made at the plantation, allowing her to provide for her three children as she managed her nephew’s continuous treatment. 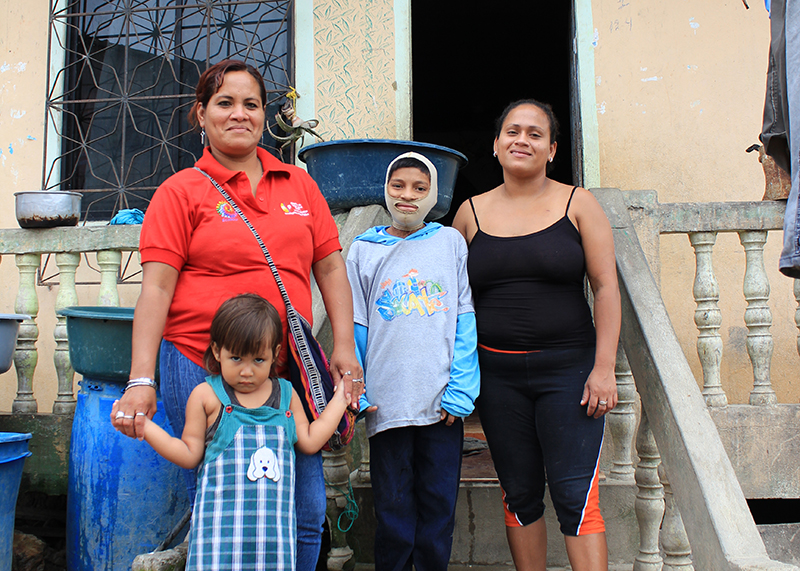 Marlon’s therapy was intense. Paulina was trained to massage his muscles every four hours and administer the medication he needed. They travelled to the hospital in Guayaquil four to five times a week, taking three buses and often waiting hours to be seen. The trips were exhausting, but the hospital staff liked Marlon and often gave him free lunch vouchers during his visits. Pastor Jorge was also a regular visitor, waiting in the hospital with Marlon and bringing along food to sustain them.

Marlon is now 12 years old. He goes to the hospital for physical therapy and treatment three times a month and receives skin grafts every one to two months, an ongoing regimen made possible through Compassion’s Response programs. He will continue receiving these surgeries until he stops growing. Marlon wears special clothing over his face, chest and arms to keep the skin taught, compressed and clean. 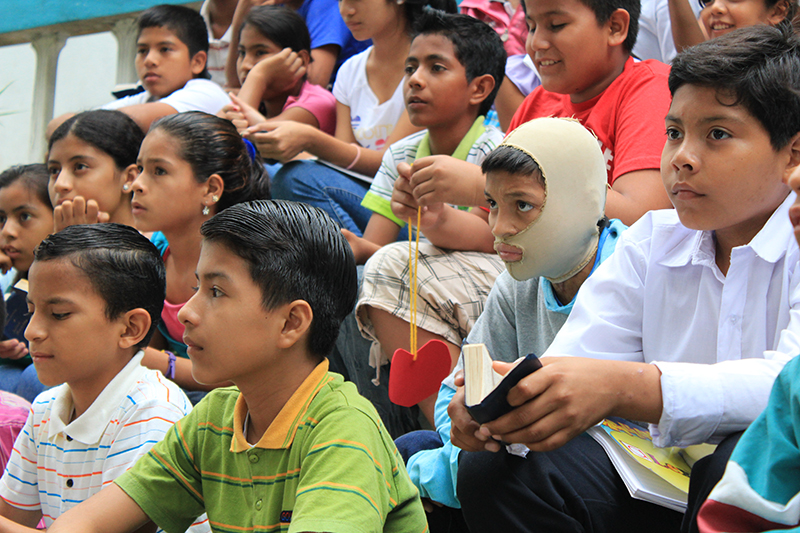 Marlon’s church and Compassion centre are still a major part of his life. Throughout his months in the hospital, his friends at the Compassion centre continuously prayed for his recovery. When he returned, they welcomed him back with excitement. He loves playing games with his friends, making crafts and, like many 12-year-old boys, enjoys the food served at the centre. 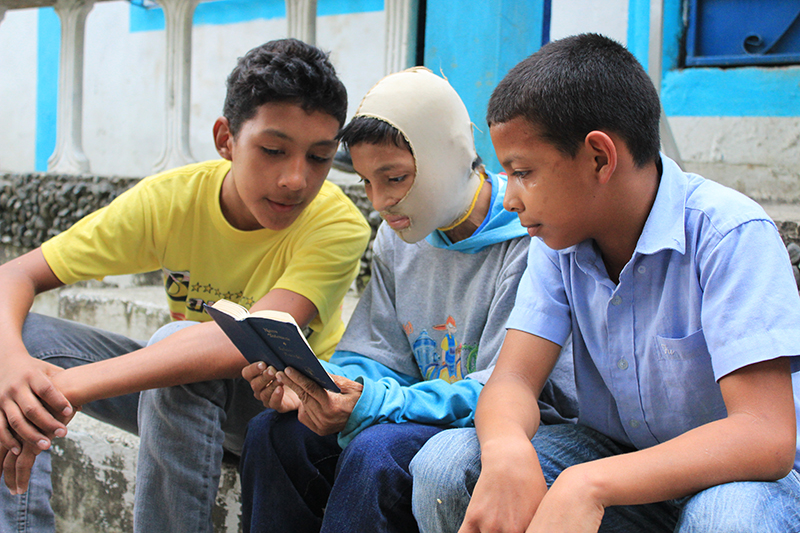 Marlon is healing incredibly well, both physically and emotionally. In the face of agonizing pain, abandonment and the monotony of continuous treatments and surgeries, Marlon hasn’t lost hope or been plagued by fear. In fact, he’s already making plans for his future—as a firefighter.

“If I see a fire and see children playing there,” he says, “I would feel proud to help them and rescue them.” 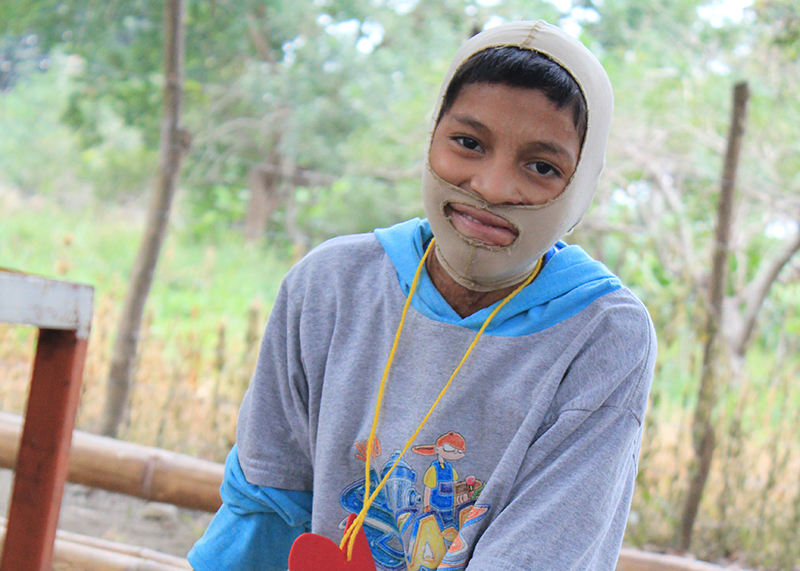