Sitting in a classroom all day long can be boring. That’s why at one Compassion centre in Minahasa, Indonesia, the tutors have taken the lessons outside—to a plot of land where teenagers are learning to farm chili peppers. 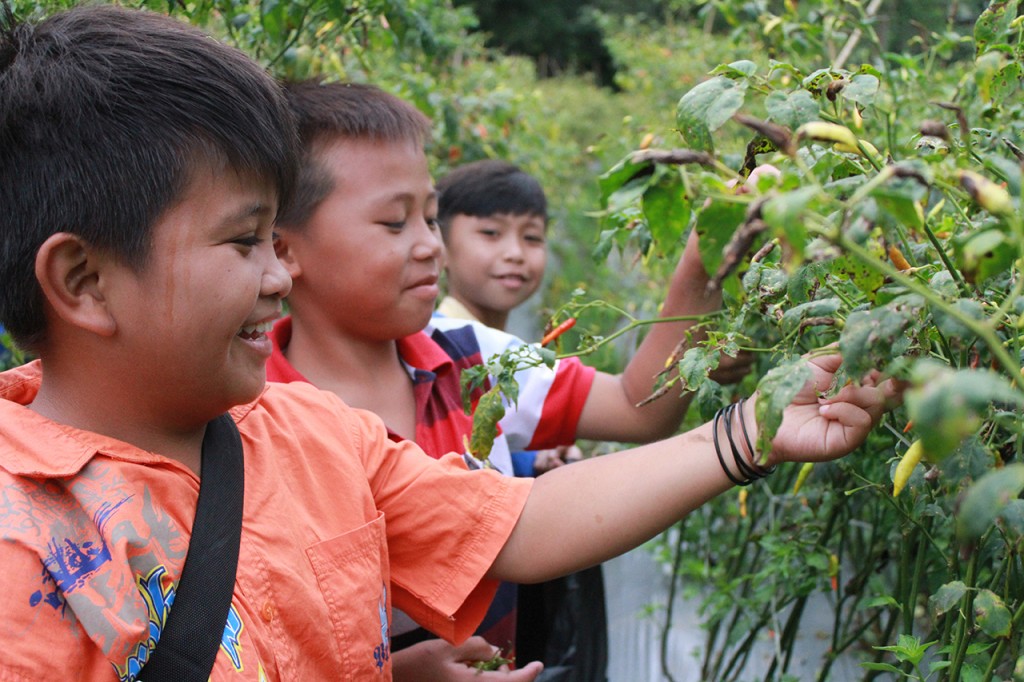 Minahasa is located on the northern peninsula of Sulawesi, an island in central Indonesia. Along the coastline, turquoise water laps over elaborate coral reefs, popular with divers. Houses along the coast have thatched roofs and sit on stilts as protection against high water. Ranges of volcanoes—many still active—and richly forested hills dominate the centre of the island. In short, it looks like the ideal backdrop for a tropical getaway. Minahasa, a small, hillside community, sits just 40 kilometres south of Minado city.

Spicy dishes are the foundation of Minahasan cuisine, generally mixed with vegetables and rice, the staple of most Indonesian dishes. Chilies aren’t just used for flavour here; they’re practical. Cold winds blow off the water onto the unprotected peninsula, and locals say hot peppers help the body stay warm.

Beginning a farming project was challenging for the Compassion staff here. In many parts of Indonesia, there is a stigma attached to farming. It’s viewed as a job for the lowest, with little to no return on investment. Because of this, many young people leave their villages to seek work in the cities instead, often settling for low paying jobs as day labourers. 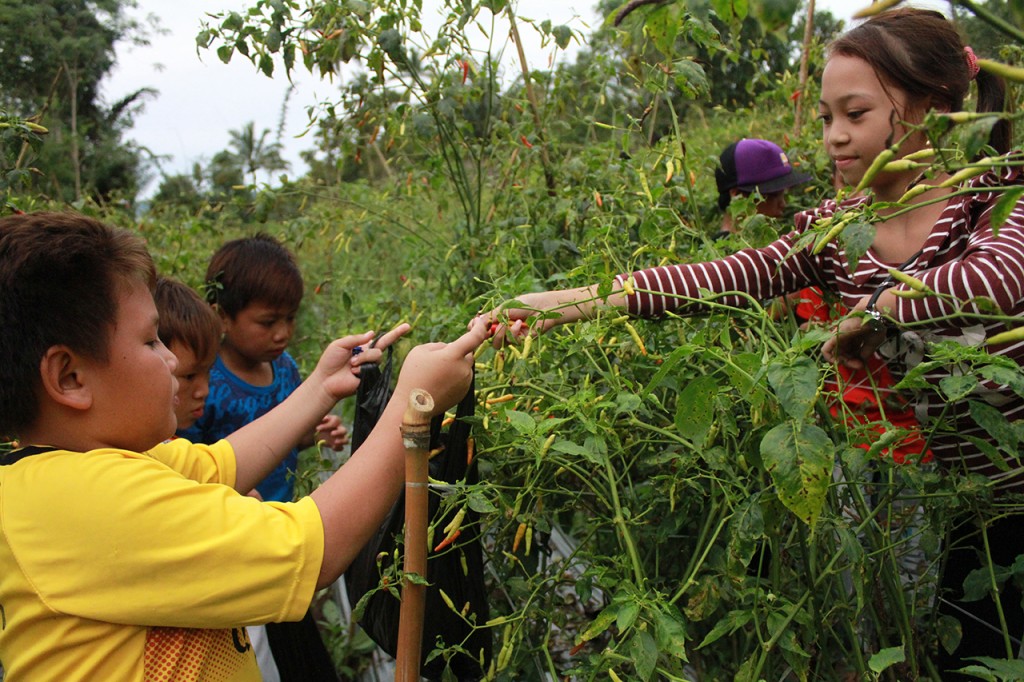 In 2014, a member of the local church here lent 37 acres of land for the centre to use. Much of the land in Minahasa remains unused, but the soil is fertile and there are many accessible water sources. Taking advantage of this opportunity, tutors created a class to teach teens about agriculture, provide them with valuable life skills and show them a different way of learning.

“We didn’t want to add an additional burden for the children in the centre,” says Adrianto Wukelan, the tutor overseeing the farming project. “After almost a whole day of attending classes in their school, we wanted to give them another learning experience.”

Three times a week, Adrianto and the ten students walk from the Compassion centre to the field and learn each step of chili production. They began with preparing the soil and learning to use farming implements and machinery. They were taught to care for the seedlings, how to fertilize the crops and how to harvest the peppers. The land now holds 835 chili trees in eight separate plots. 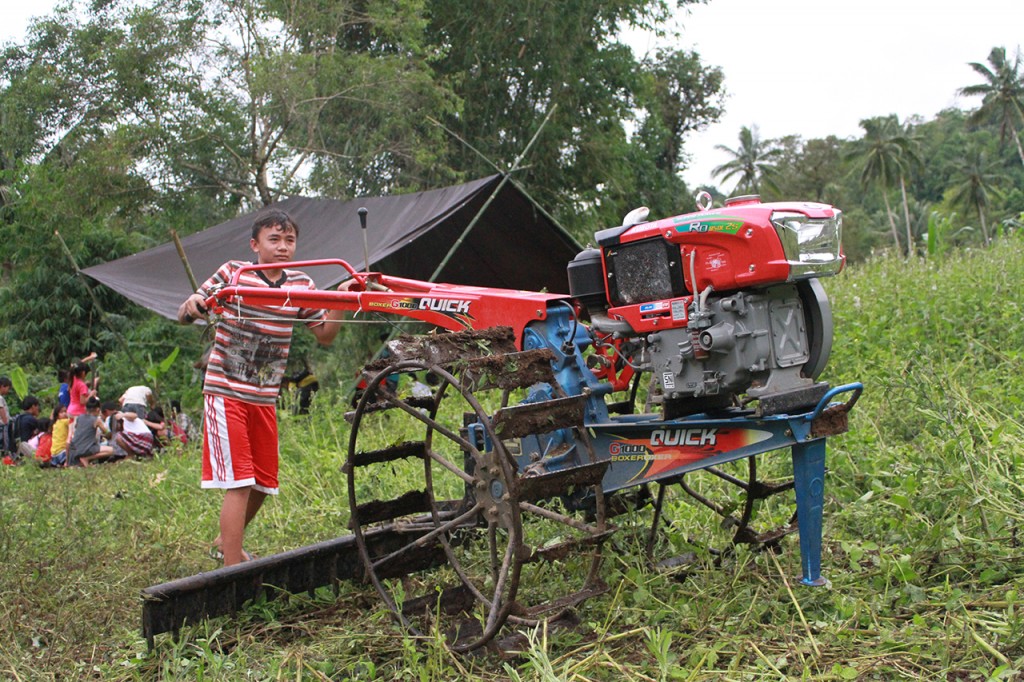 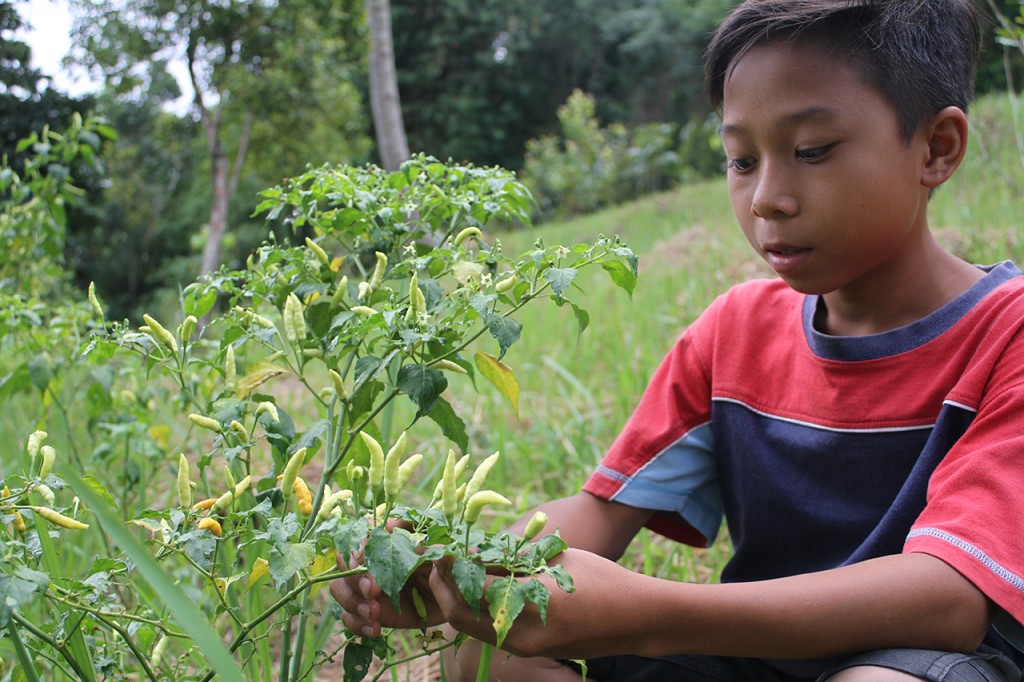 Not only have the farming classes changed the mindset of the teens involved, they’ve impacted the younger children at the centre and community members as well. Several parents have begun mimicking the Compassion centre, turning unused areas of their land into farming plots and asking Adrianto for tips on farming. Younger children also get to participate, helping prepare seedlings and picking the chili when it’s ripe for harvest. According to Adrianto, harvest is the most exciting time. The youth and children love seeing the results of their hard work. 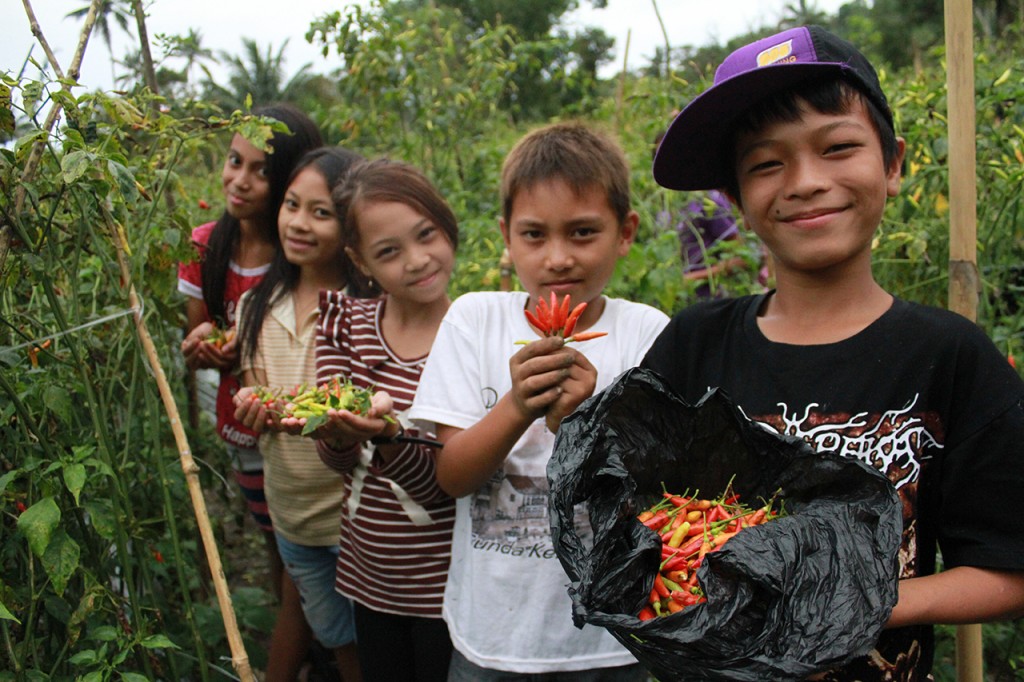 So far, the Compassion centre has harvested the chilies ten times, with each chili tree producing about 10 kilograms each. Multiply that by 835 trees, and the result is beyond what any of the tutors imagined when they started this project. Not only does the produce make the farming project self-sufficient, the tutors are seeing growth of a different kind—children taking what they’ve learned and applying it at home to benefit their families.

Fifteen-year-old Reivivo is one of those students. After asking Adrianto for seedlings to start his own plot, he now has 15 chili trees at home. His mother is thrilled to no longer have to buy chilies, and Reivivo takes pride in caring for the trees. “In the project, I have learned to use a hand tractor to prepare the land before planting,” he says. “There are some techniques in preparing seedlings and making plots.” 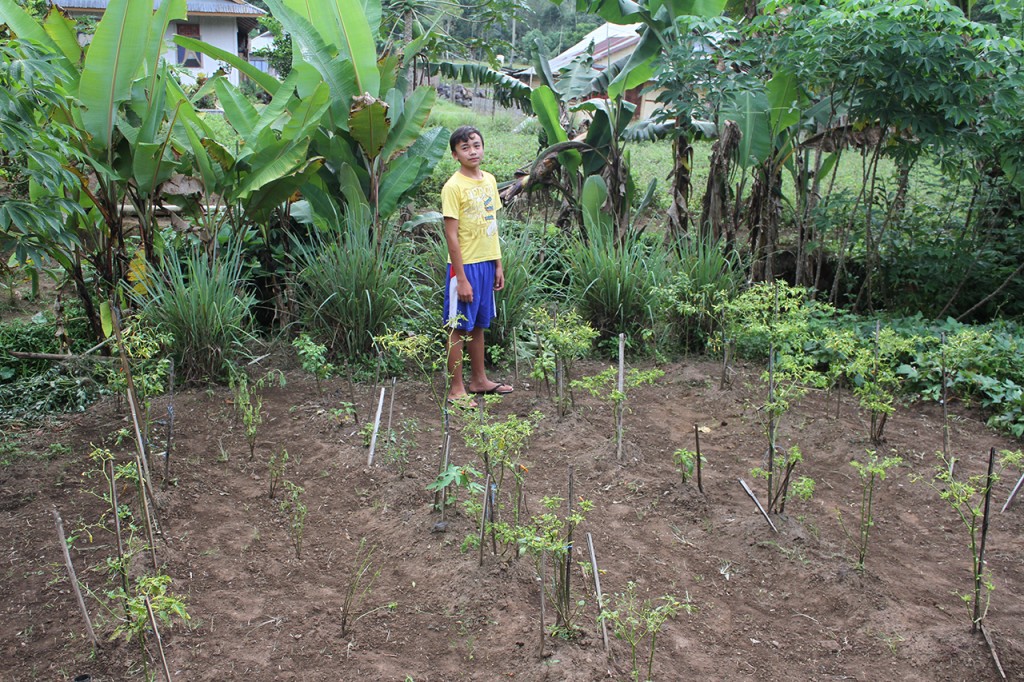 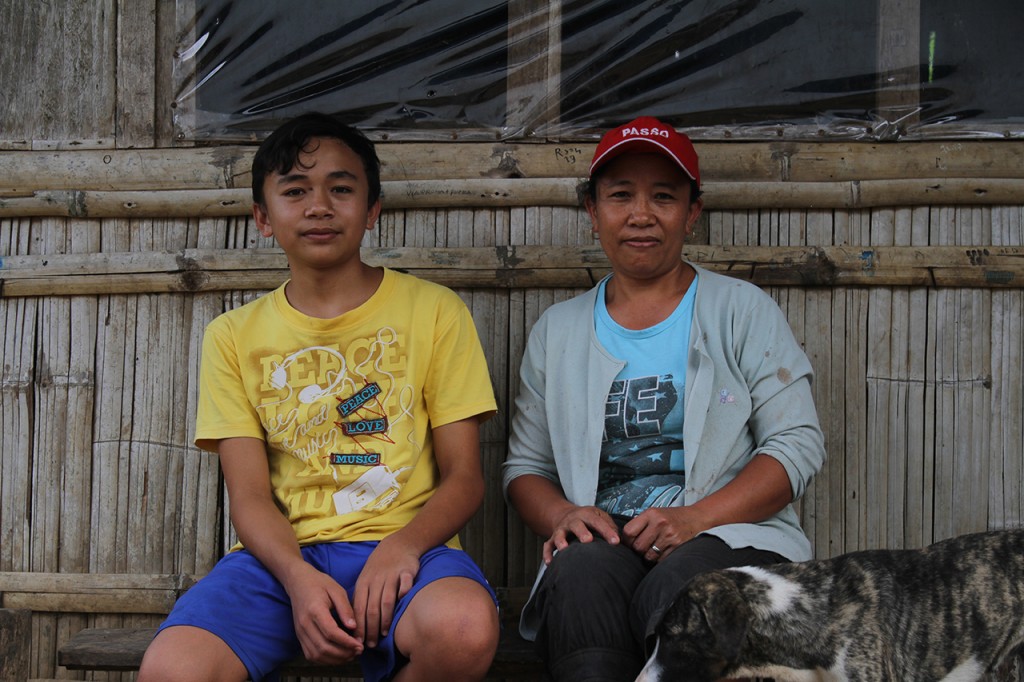 According to Reivivo, learning about farming has enabled him to think about other alternatives for his future. He wants to study agriculture to enhance his knowledge, but if he isn’t able to attend university, he still has farming skills to fall back on.

Another child, Memi, is practicing what he’s seen at the Compassion centre at home—and he isn’t even one of Adrianto’s students.

“My class got the chance to visit the farm land and saw what Mr. Adrianto had done. I went home and told my parents about it, and they helped me to plant chilies. I now have 10 chili trees on my parents’ land,” he says proudly. 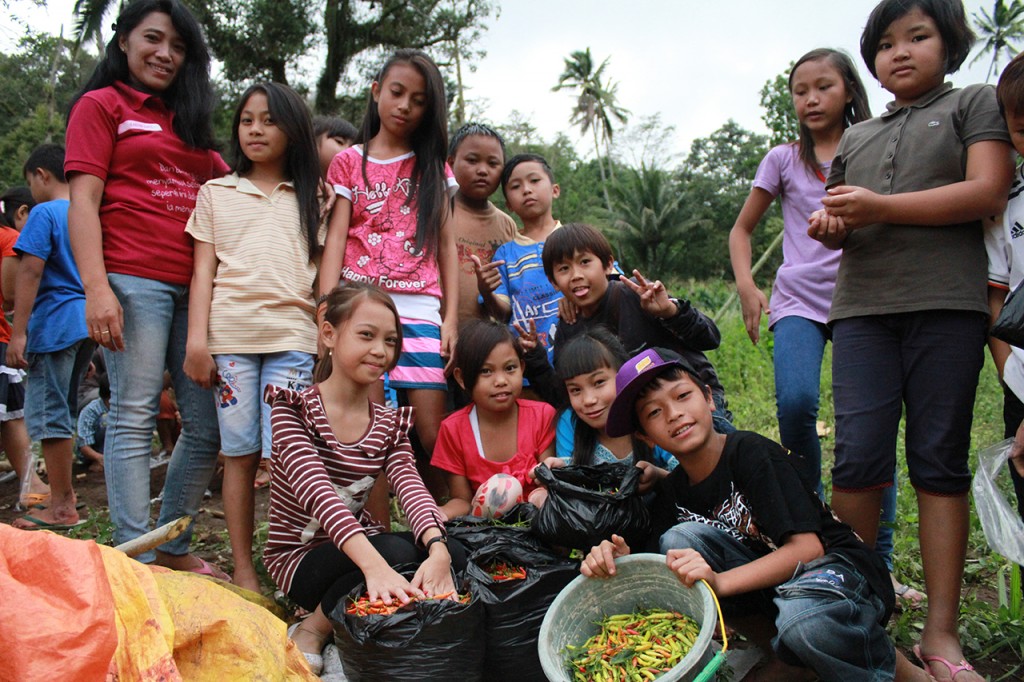 The children are learning how valuable farming is for their families and their community. Seeing the results of their labour has changed their viewpoint toward agriculture, and they’re gaining valuable skills to provide for themselves.

Who would have known getting your hands dirty could be so rewarding?