When you see Henry’s open smile and hear him laugh with joy—which is often—you would never suspect the dark past that held him captive before he knew Jesus. But this father of three bears deep scars from the suffering endured at the hands of a drug addiction.

Henry’s life has been a struggle since the day he was born. Raised in the heavily impoverished city of Guayaquil, Ecuador, Henry suffered abuse by his parents, which led to him being raised by his grandmother. 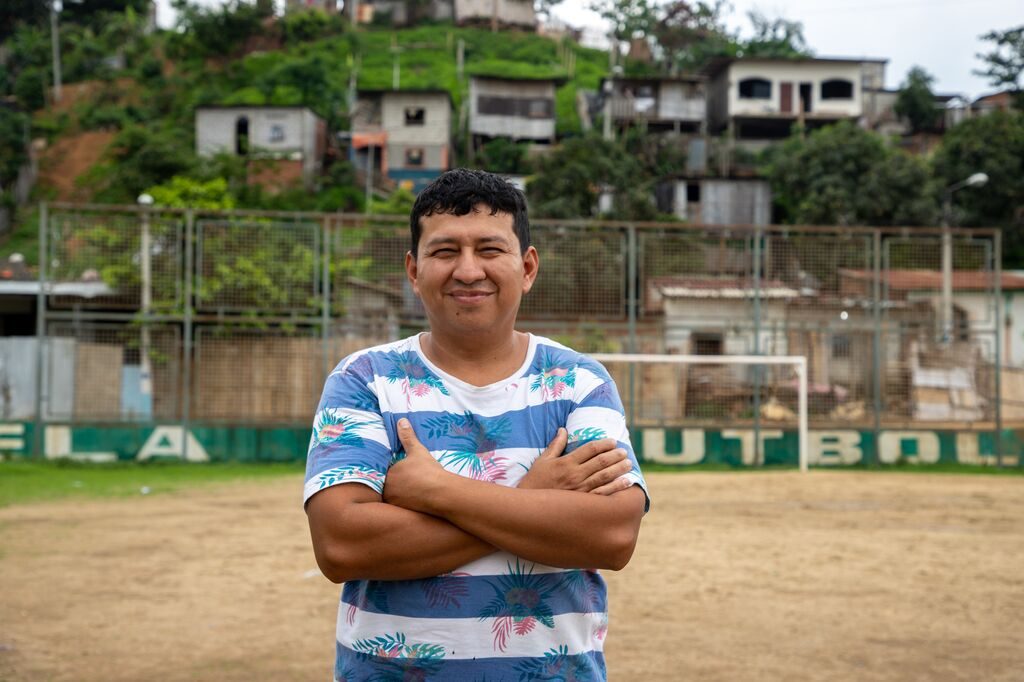 Because of their lack of resources, Henry never had the chance to finish high school. Instead, his time was spent on the streets of Guayaquil with his friends—a place that would lure him into the dark world of drug abuse.

“At 12 years old, I had the chance to try drugs for the first time. I only wanted to be part of the group of teenagers, but the constant use of drugs caused an addiction in me with terrible consequences.”

Henry’s addiction spiralled rapidly out of hand. What started as begging for money from family and friends for a hit turned into assaulting strangers and street theft—a choice that escorted him in and out of jail for years.

As a young man, Henry met Aracely—a striking young woman with a radiant smile. But even with the motivation to start anew with someone he loved, Henry’s addiction followed him. 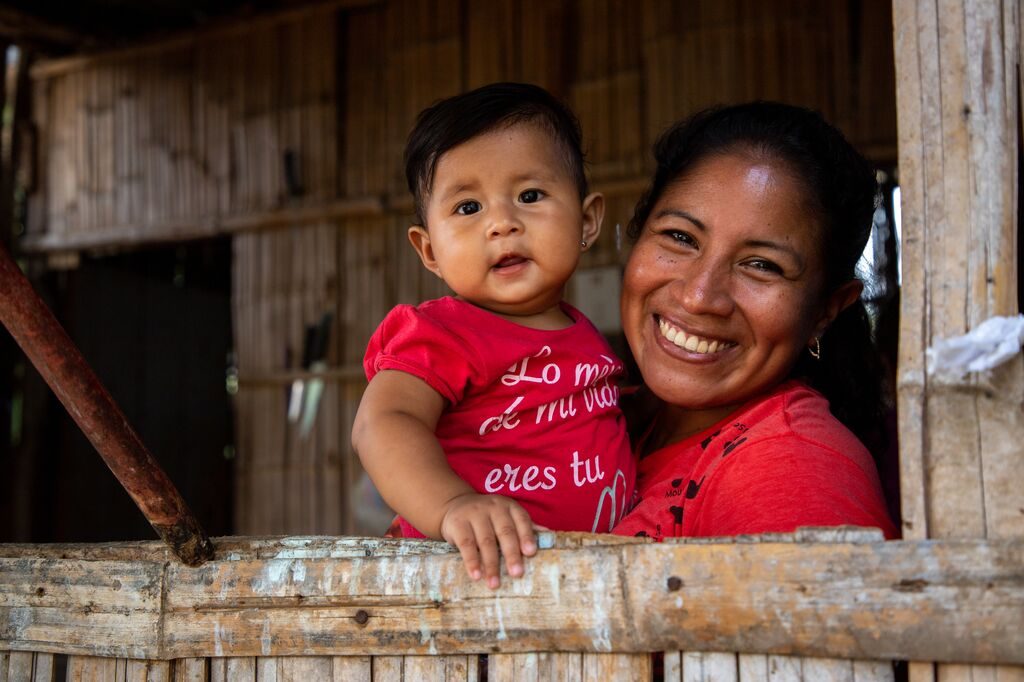 Aracely with their youngest daughter, Albita.

Henry and Aracely had two children together, and Henry struggled to find work to support his family. The desperation pushed him to despair, and he pressured Aracely to leave him—a separation that would last six years.

Six years later, Henry was confident he could finally change. In light of the commitment to change, he and Aracely reunited. But his addiction to “H”—a cheap form of heroin— still had a hold on him.

Shortly after, Aracely became pregnant with their third child. With no money and no sustainable job prospects for Henry, Aracely kept working.

“One day when I went to work, the owners told me that I could not work there anymore because I was pregnant,” says Aracely. “On my way back home, I was crying and devastated, but a lady approached me and asked me if I needed some help.”

When Henry learned about the program, he initially refused. Undaunted, the church’s pastor, Freddy, and the Program Director, Denny, brought the program to Aracely, instead.

Each week, program staff gathered in Aracely’s house. Henry observed everything from afar, but refused to participate. When Aracely attended church, Henry waited for her outside, despite Pastor Freddy’s weekly invitations to join.

During one of his routine visits, Pastor Freddy came to Aracely and Henry’s house with a box full to the brim with groceries for the month.

“This is for you. We know you are facing many problems as a family, but God knows your situation,” said Pastor Freddy.

The act of kindness moved Henry’s heart in a new way—a final tap on the shoulder for this forlorn father. Week by week, Henry became more involved with the church. With time, he was motivated to leave his drug addiction behind him—for good.

A job offer and a path forward

After months of becoming a dedicated part of the church, Pastor Freddy offered Henry a full-time job as a concierge at the church. Finally, Henry felt the trust and responsibility he had always yearned for. 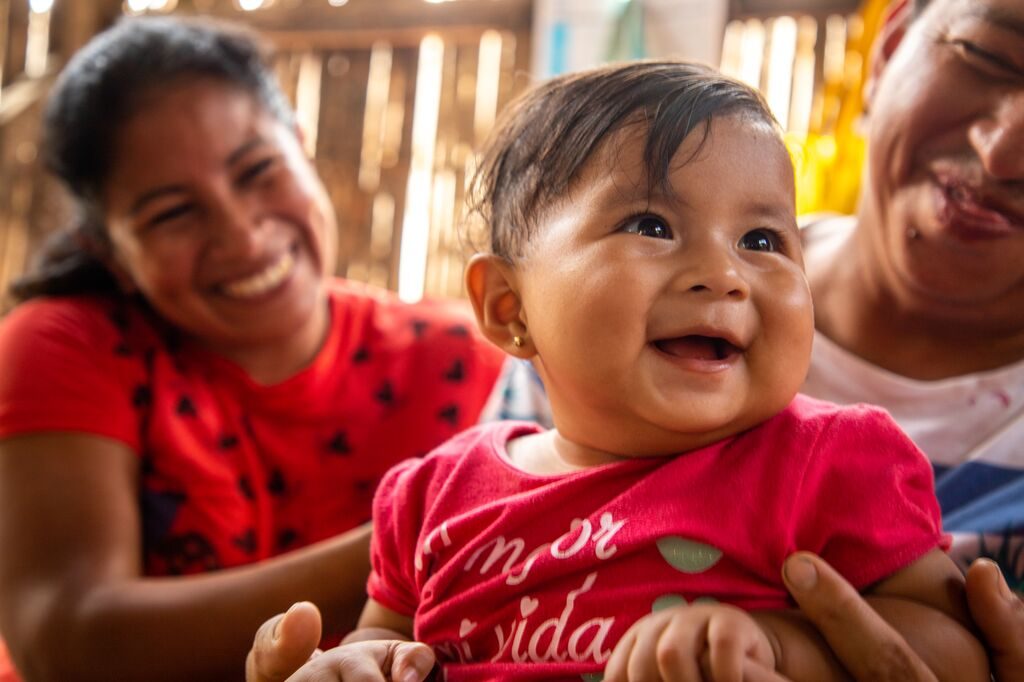 Albita is 10 months old and healthy. Her weight, height and nutrition are tracked every month. She is a strong and beautiful little girl.

The church continued supporting the family with groceries, medical care, medicine and clothes once Abita was born. It was this—seeing the blessings he was constantly receiving despite his struggles—that moved Henry, and also Aracely, to accept Jesus Christ.

“My life is better now with Christ. He used the survival program to get into my heart and to restore my family; Jesus is good,” says Henry.

Where are they now?

Henry now has completely stopped using all illegal substances and is an active member of the church.

Henry and Aracely got married at the church where they met Jesus for the first time.

Henry is taking classes to become a pastor, and soon they will move to another province to oversee a new church plant. 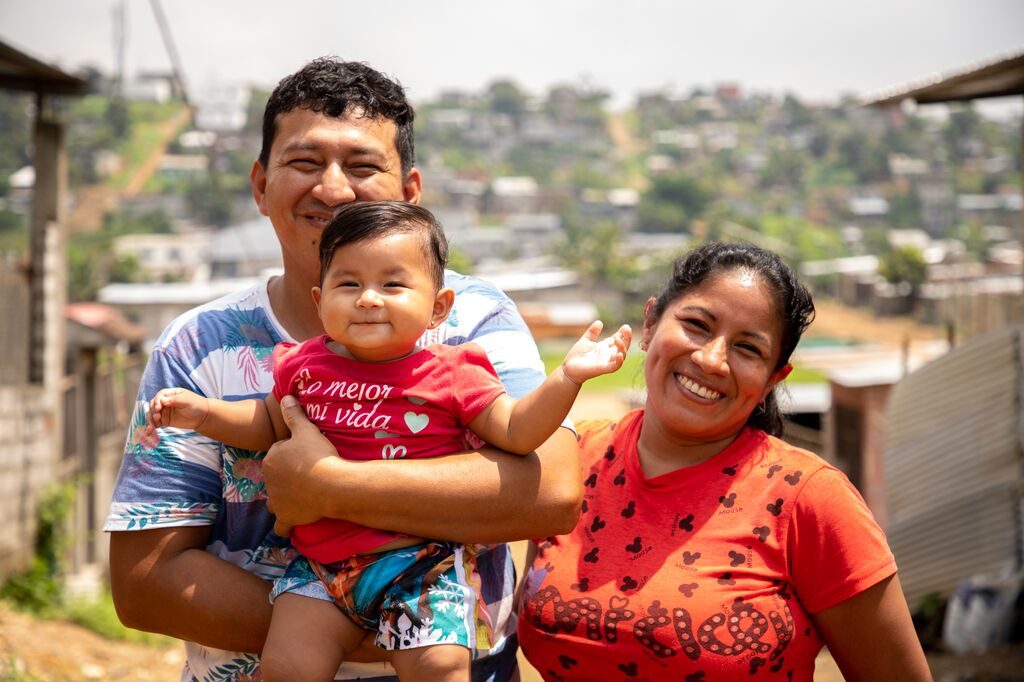 Pray for Henry and his family: that in the same way Christ pursued him through his years of struggle, he would daily pursue and love his own children—and the new community where he has been called to minister.