Annet is an awe-inspiring single mother of triplets who needs your help. After delivering one baby, she was rushed to a hospital on a motorbike where she unexpectedly delivered two more! Abandoned by her husband, she is raising these precious miracles alone. And her family desperately needs a safe home.

The unexpected arrival of triple blessings

Imagine being told you were expecting triplets. How would you feel? Elated? Shocked? Perhaps worried? Living in Businywa, a village in rural Eastern Uganda, Annet experienced all of these emotions and more. She also had just minutes to prepare herself. Unable to afford a scan during pregnancy, she discovered she was having triplets the day she delivered them.

After giving birth at home to baby Samuel, Annet knew something wasn’t normal. “It looked like I hadn’t even given birth to a baby,” she recalls. She climbed onto a motorbike, clutching Samuel to her chest, his umbilical cord still connecting them. They bumped down the corrugated dirt road towards the health centre. 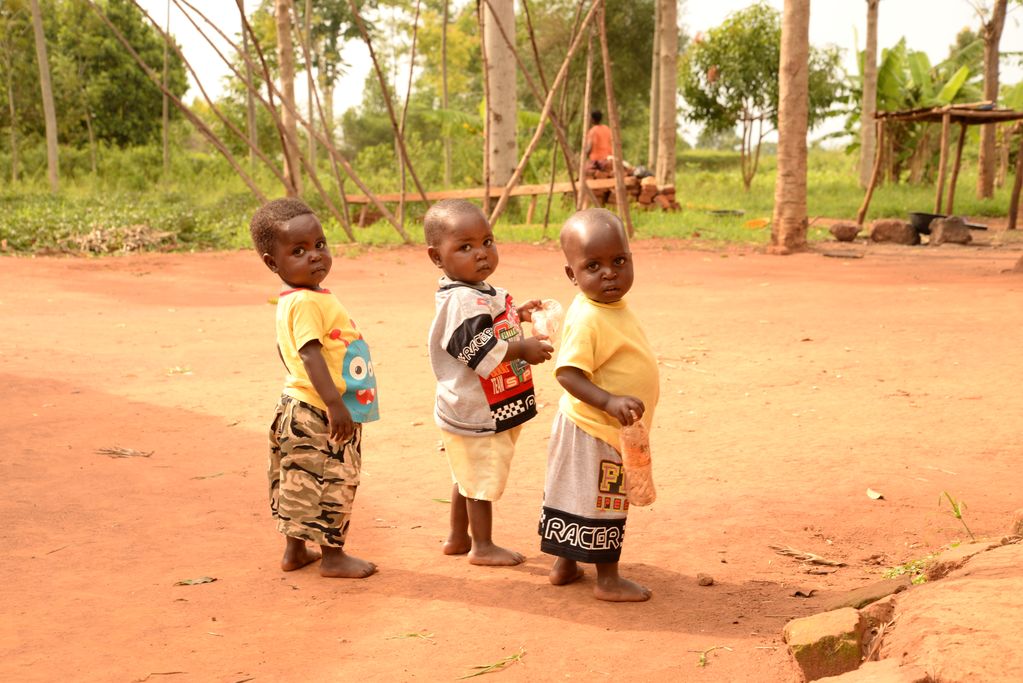 Annet received the ultimate shock when she gave birth to not one, but three babies, pictured here at age two.

There, a midwife examined her before throwing up her hands. She turned them away, declaring the birth beyond the centre’s capabilities. “I was confused as to what was going on,” says Annet, “until she said there is another baby and it’s not in the right position.”

The news left her speechless but overjoyed. “I thanked God because it is a gift to have twins. Inside I was asking myself, ‘How will I take care of these children?’ But I couldn’t stop thinking that God gave us His grace and His hand was upon the twins.”

At the hospital, an ultrasound revealed another surprise: not twins, but triplets! The doctor realized Annet’s weakened state and pronounced it a life and death situation. Daughters Patience and Grace were delivered by emergency caesarean. But while she was still recovering, Annet learned devastating news: her husband had left her. 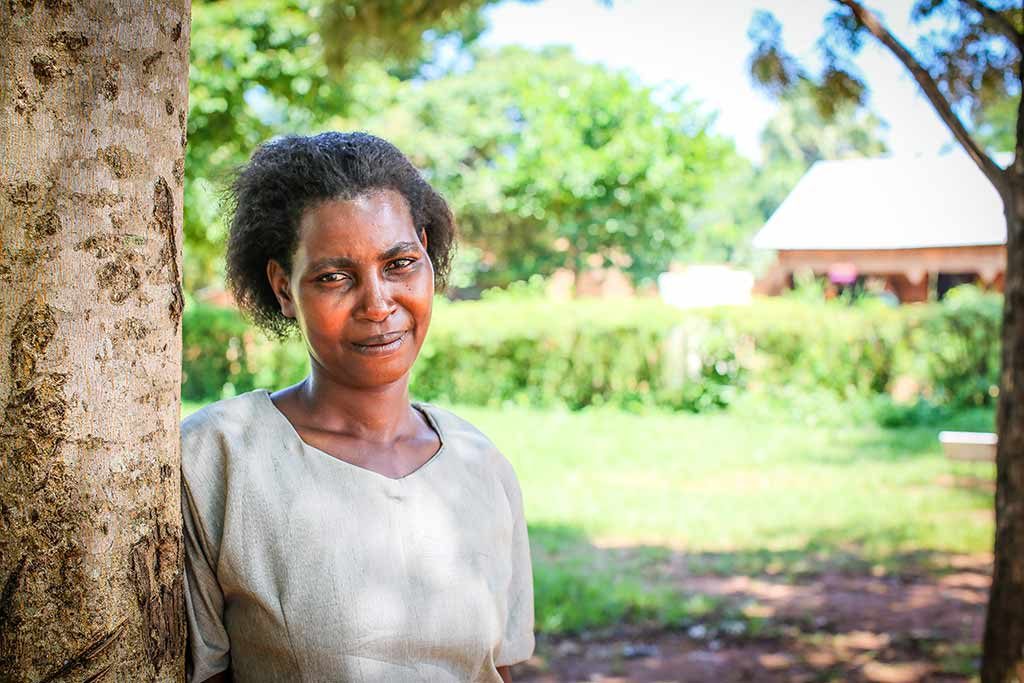 When Annet’s husband learned she had given birth to triplets, he abandoned the family, later even threatening to kill the children.

“When my husband found out that it was not twins we were having but triplets, he switched off his phone so I could no longer contact him. Where we live, twins are a blessing but triplets are a curse. He wouldn’t even come and pay the hospital bill.”

Bereft at her husband’s abandonment and despairing at how she would raise her babies and their older sister alone, Annet was at a loss. Her husband’s family despised the babies as a curse, and her husband even threatened to kill them.

Thankfully, staff from Compassion’s local church partner heard about her situation and immediately stepped in to help. The regular food, clothing and medical care they provided lifted a huge weight off Annet’s shoulders.

Even with this support, as a single mom living in poverty, she struggles to pay the rent on her tiny two-room home. It breaks her heart to see her children, now three-year-olds, climbing over one another in the cramped quarters. When her rent is overdue, she fears the landlord will chase them from the home. 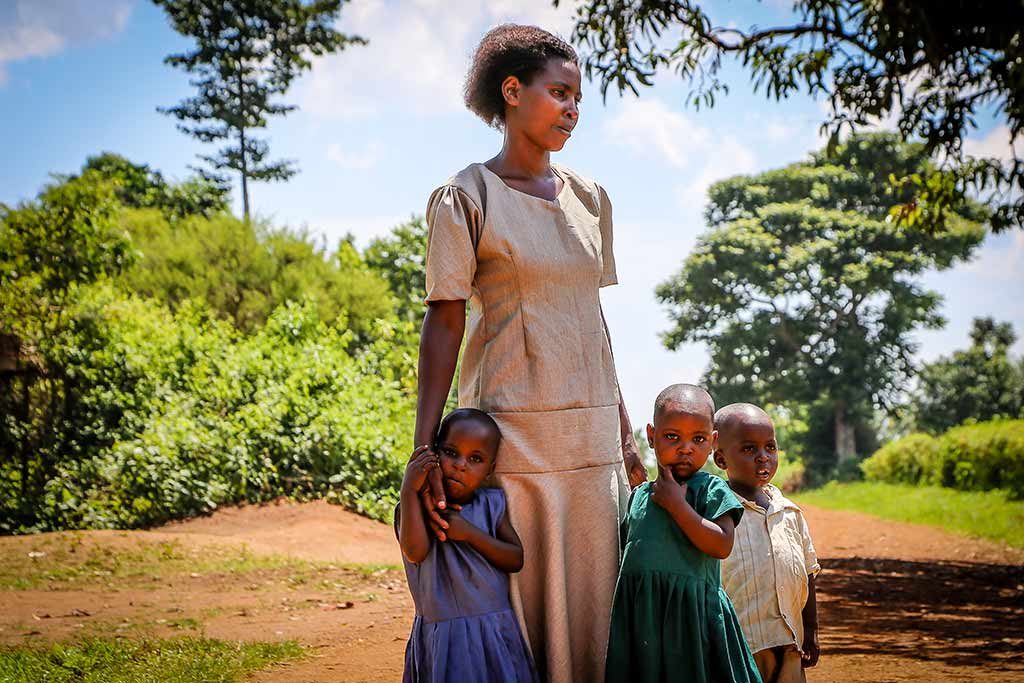 Patience, Samuel, Grace and their mom are in dire need of a safe home.

But you can make a difference.

We need your help to change the family’s desperate situation by building Annet and the triplets a home of their own on her parents’ land.

The best birthday present ever!

Samuel, Patience and Grace are turning four years old on July 18th—and you can give them the best birthday present ever! Even $20 can help to give the triplets and their older sister safety and dignity in the form of a home—something every child deserves.

Donate to their birthday! 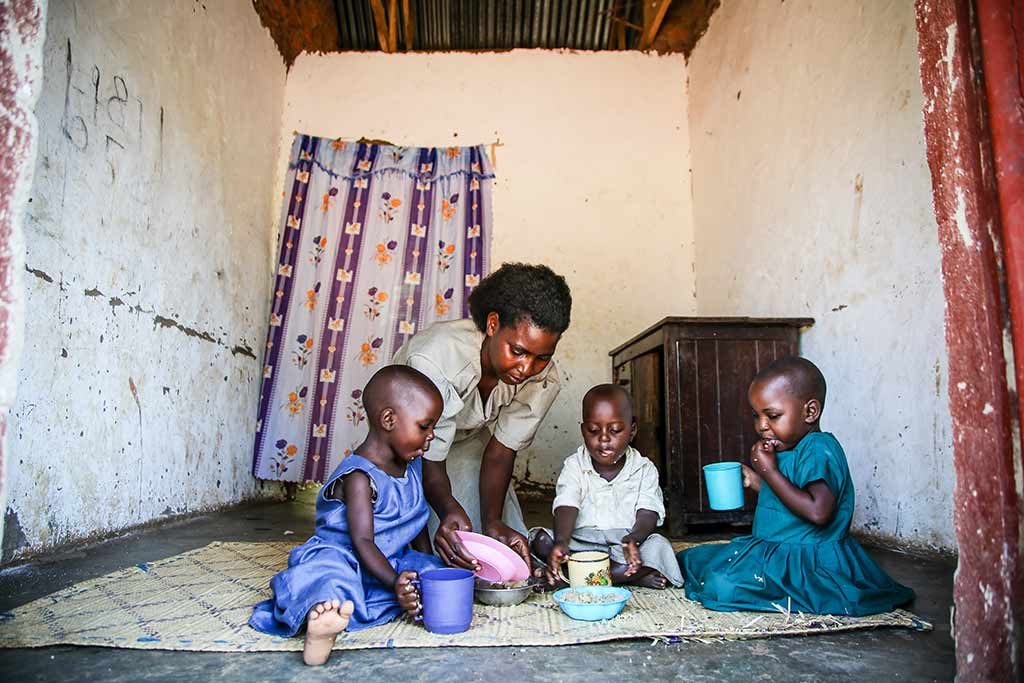 The triplets eat a meal in one of the rooms in their two-room home. 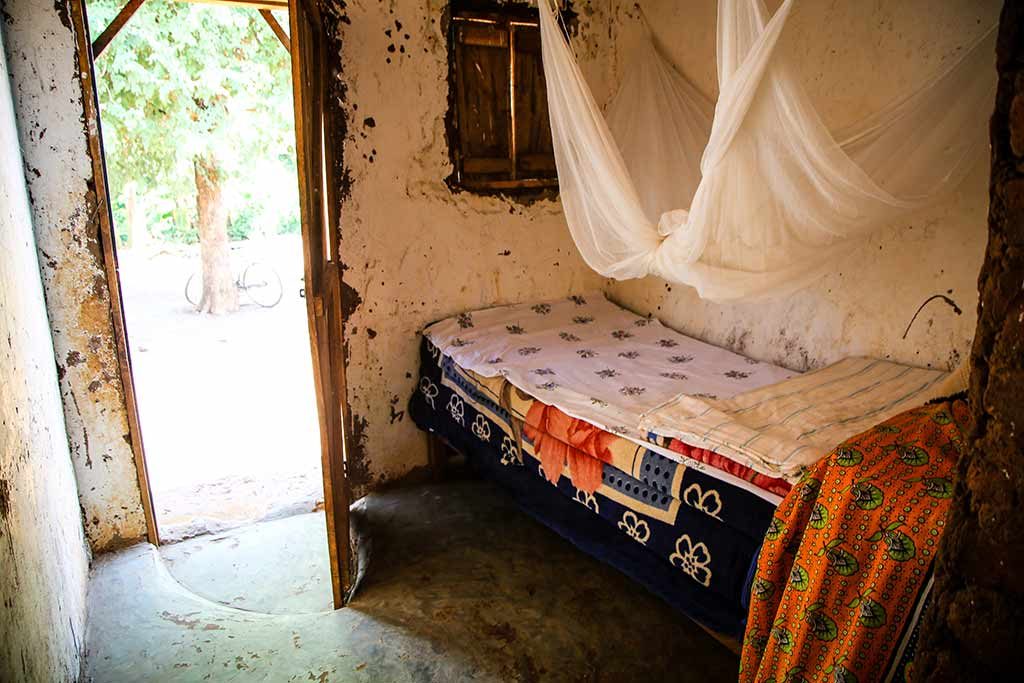 The other room of the family’s two-room home. Annet fears they will be kicked out when they can’t make rent.

Annet and the triplets are not alone.

There are other vulnerable families in need of new homes who also attend their Compassion centre.

Globally, we need to raise $50,000 CAD to build safe homes for Annet’s family and seven other vulnerable families.

These families currently live in dilapidated structures with deteriorating grass-thatched roofs, little ventilation and poor lighting. Water leaks from the roofs, causing fungal and skin infections amongst the children. The homes are also infested with flea-ridden rodents. 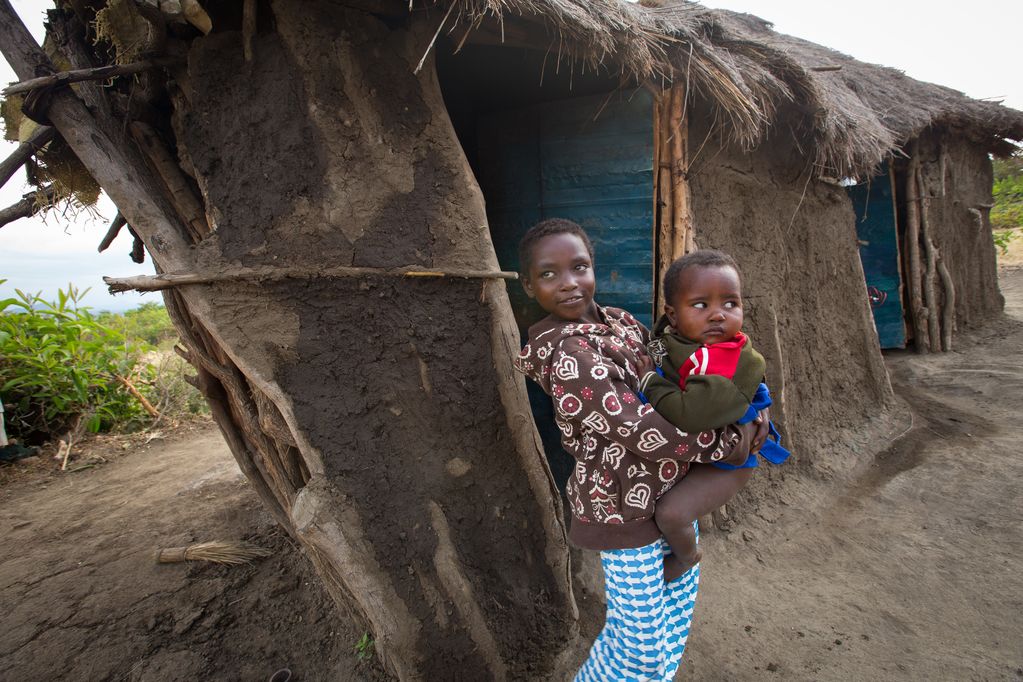 Your gift will help to rebuild thatched homes like the ones pictured, whose leaky roofs and dirt floors can cause infections.

When you give to help Annet and her precious little miracles, you will also be helping 37 others from seven households in her community build safe, new homes. Among them are children whose mother has a disability, a child whose mother is battling cancer, a single-parent family, an HIV-affected family and a youth-headed family.

Living without the burden of trying to make rent and keeping their children healthy means Annet and these caregivers will be empowered to better provide for their families’ needs and their children’s futures. 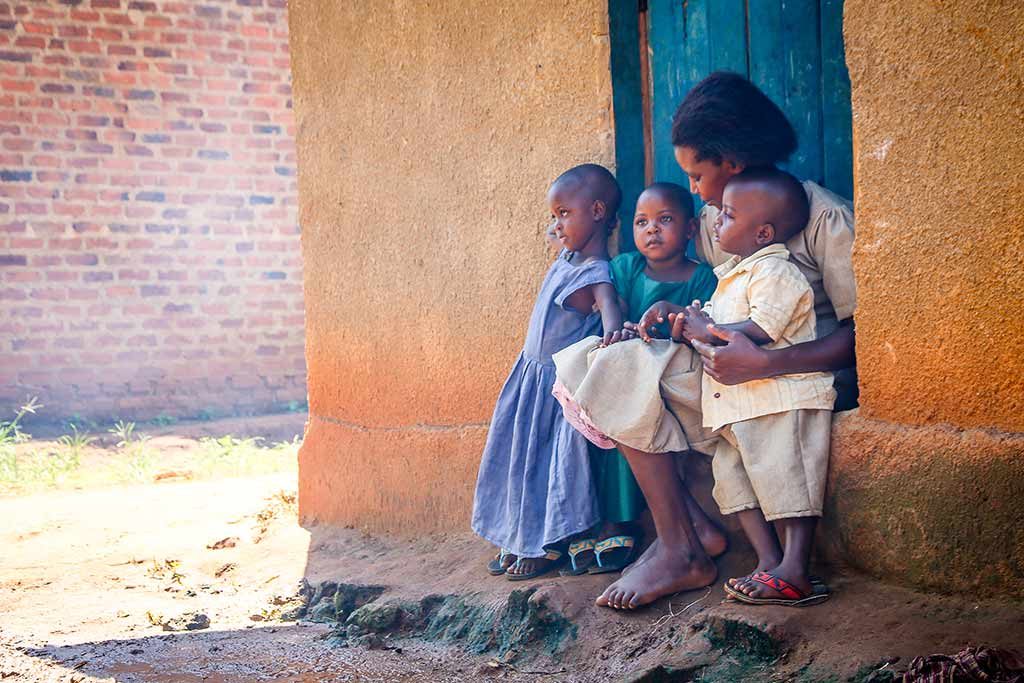 You can help build the triplets a safe and secure home.

“I hope that Patience, Samuel and Grace get to have an education—something I never did,” she says.

“If we were to get a new home for my children then we will be free,” says Annet. “I will no longer be worried about rent and getting chased away if we can’t pay.”

Give 8 families in Businywa Village secure housing and hope for the future! Details

Any additional funds raised over the required amount will go to Compassion Canada’s Stability fund, to help build stability into the lives of our beneficiaries.

What matters most: A mother’s everyday routine is the conduit of character