God is doing amazing things around the world through the dedicated work of our church partners. Take a look at just a few of the amazing stories from our African partners.

Togo: No child deaths by malaria! 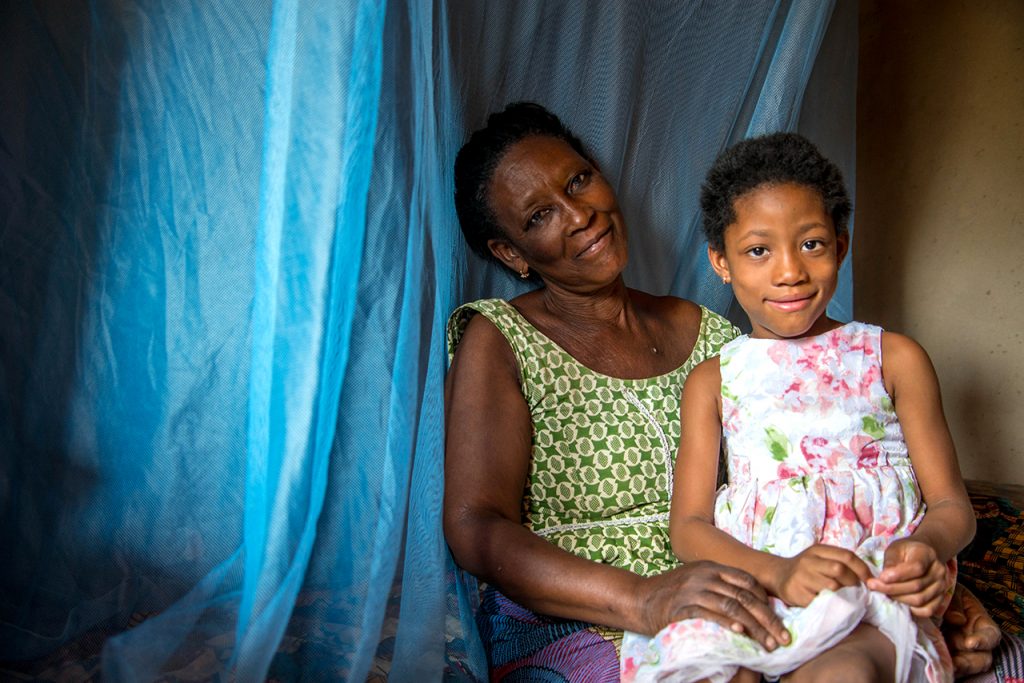 Each year in the community of Amlamé, a town in southern Togo, malaria kills 60 of the community’s children, according to local hospitals. Sadly, few families can afford health care and instead try to treat cases with local potions. But in 2015, Compassion began to partner with two churches in Amlamé. They provide health care to 400 children, and they have been educating parents on how to prevent diseases like malaria. This knowledge has spread, as parents teach their neighbours what they have learned. And last year, not one single child in Amlamé died from malaria. Praise the Lord!

Ethiopia: From orphan to lawyer 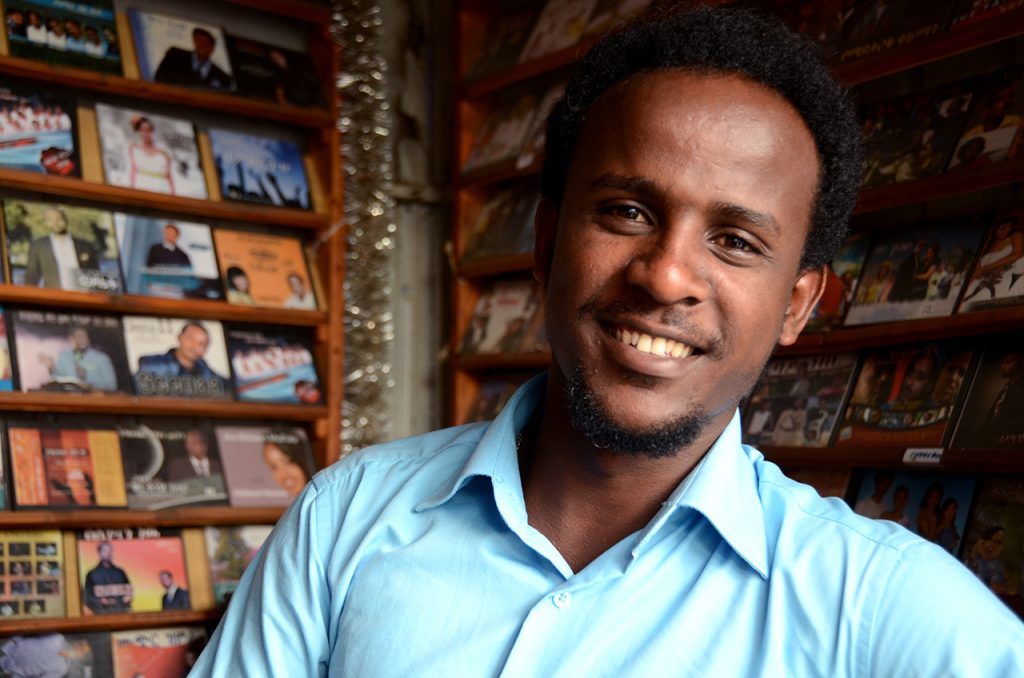 Growing up in Ethiopia, Degsew and his mother often went without food. When he was in grade 4, things got even worse when his mother died. But through Compassion, the local church provided him with food, housing and education. And Degsew found faith in Jesus. His newfound hope in Christ affected everything. His grades improved significantly, and he began planning for his future. Last year Degsew graduated with a degree in Law. He is now practising law and is committed to helping others come out of poverty.

Kenya: A runner for Christ 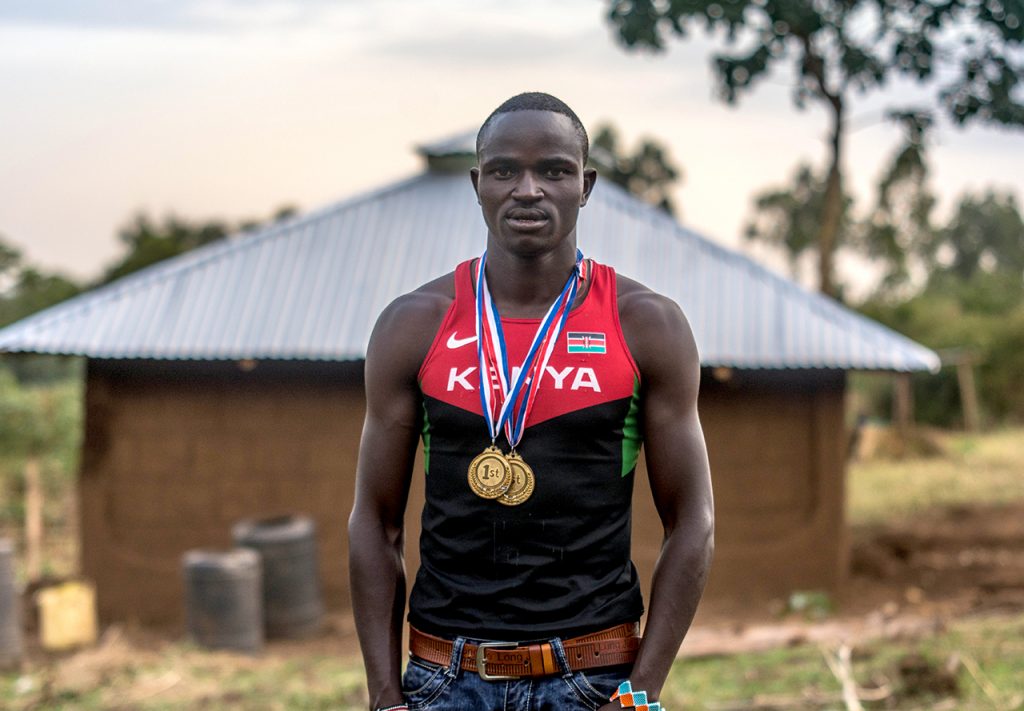 Payima had 11 siblings, and the money his single-mother earned was never enough. Everything changed when Payima was sponsored through Compassion. The family received food support, mattresses, school supplies, and spiritual care. The centre also recognized Payima’s gift for athletics and helped him attend two-week athletic camps. He thrived, winning events across Africa and receiving a full scholarship to a top Kenyan high school. Payima dreams of becoming a world-renowned runner and leveraging his fame to share about Christ and find more sponsors for children in poverty! 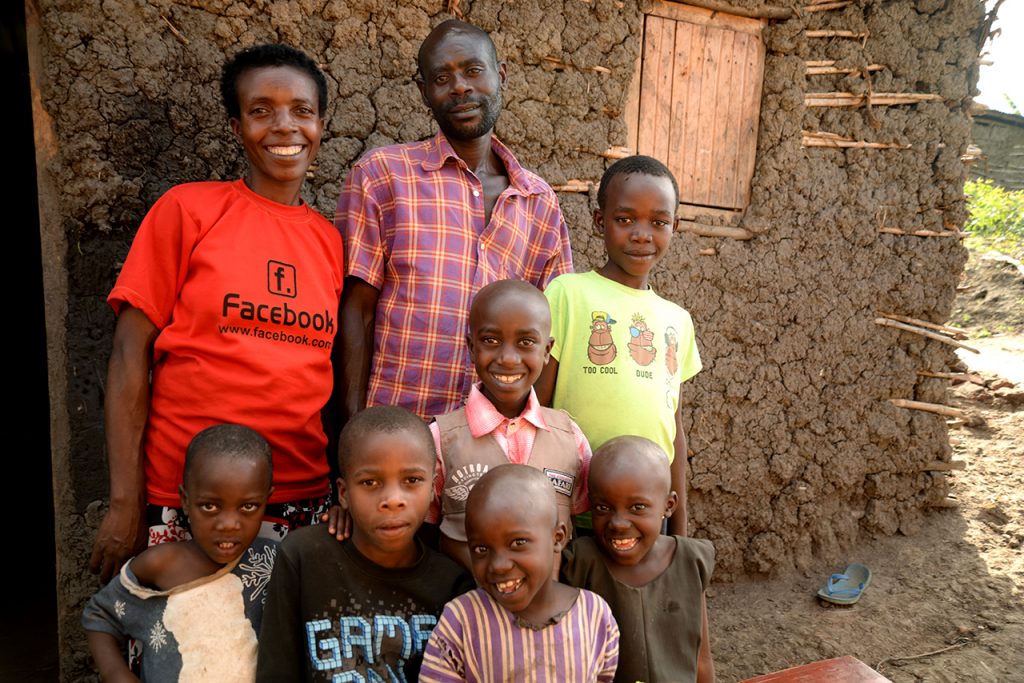 Kenneth lived in unimaginable circumstances—a tiny hut pieced together from palm fronds and mud that provided almost no shelter. His father was long gone, leaving his mother and five siblings to fend for themselves. After finding their hut, Compassion’s church partner built them a new home. The church registered Kenneth with Compassion’s program, which provided the family with food, clothing, and other essentials. Because of their outreach, Kenneth’s mother, who was hopeless and had begun to drink, became a Christian. She began to pray every day that her husband, Edward, would return. One day, Edward heard a strange voice telling him to go home—and he did. When he saw everything God had done for his family, he asked Jesus into his life, and the entire family was baptized. He now works for the Compassion centre as a security guard and faithfully provides for his family. 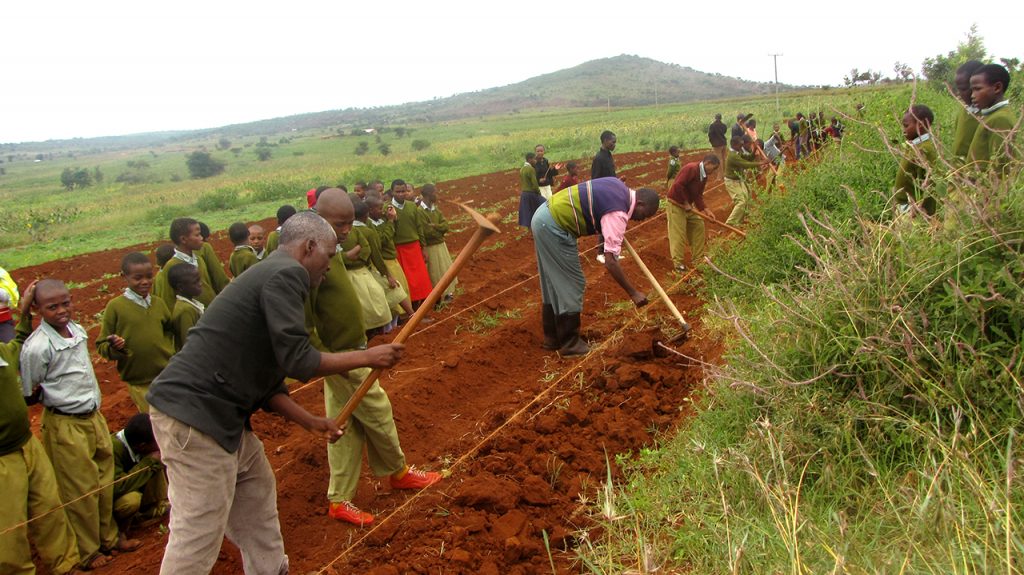 One of the things Compassion hopes to help churches learn is their own strengths, abilities and resources. In Tanzania, churches have gone through Compassion’s Qavah training, which empowers churches to realize the resources they have available to help others. After going through the training, several of these churches have turned unused land into large gardens. The produce from these gardens provides an extra source of income for the church and it helps feed children when they attend Compassion centres. Youth are also learning agricultural skills by tending the gardens, which will help them to keep productive gardens at home.

Rwanda: A baby saved from death 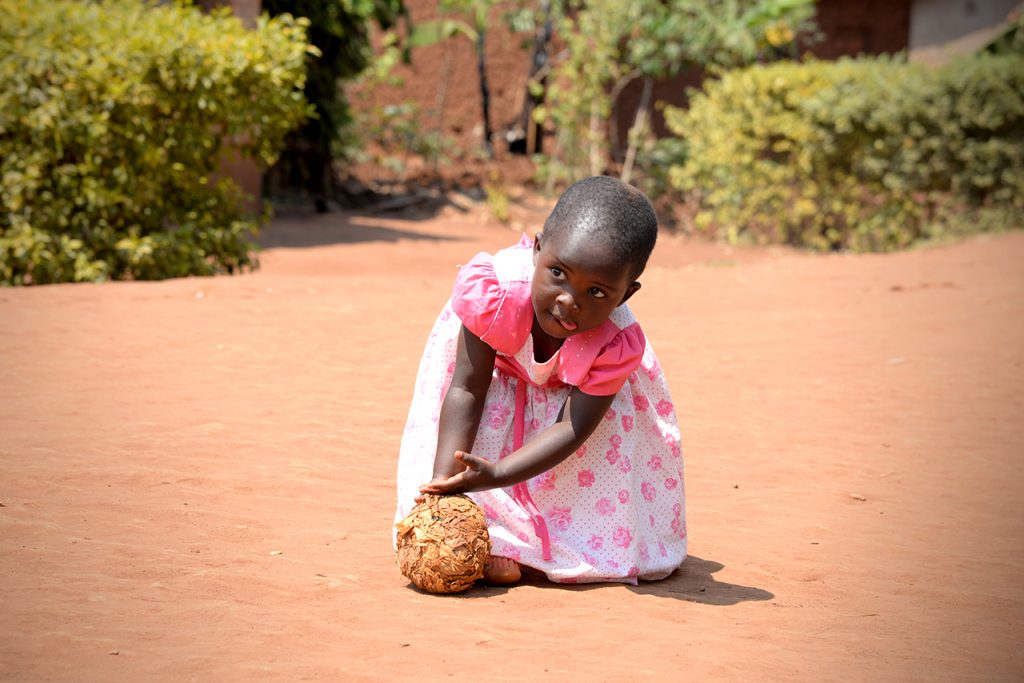 Benjamin was working outside when he heard crying. He followed the noise to find a naked newborn baby covered in ants and sores. He ran as fast as he could to the home of a local health worker, Geraldine. Geraldine and her husband are Christians and, though impoverished, they adopted the baby as their sixth child. They named her Impano, meaning “gift.” Despite the family’s love, the baby was at high risk of malnutrition. That’s when Compassion stepped in, providing the family with food, milk and parental education to ensure that Impano would grow up healthy. Now Impano is a healthy and curious two-year-old thanks to the love of the family and the help of the church. 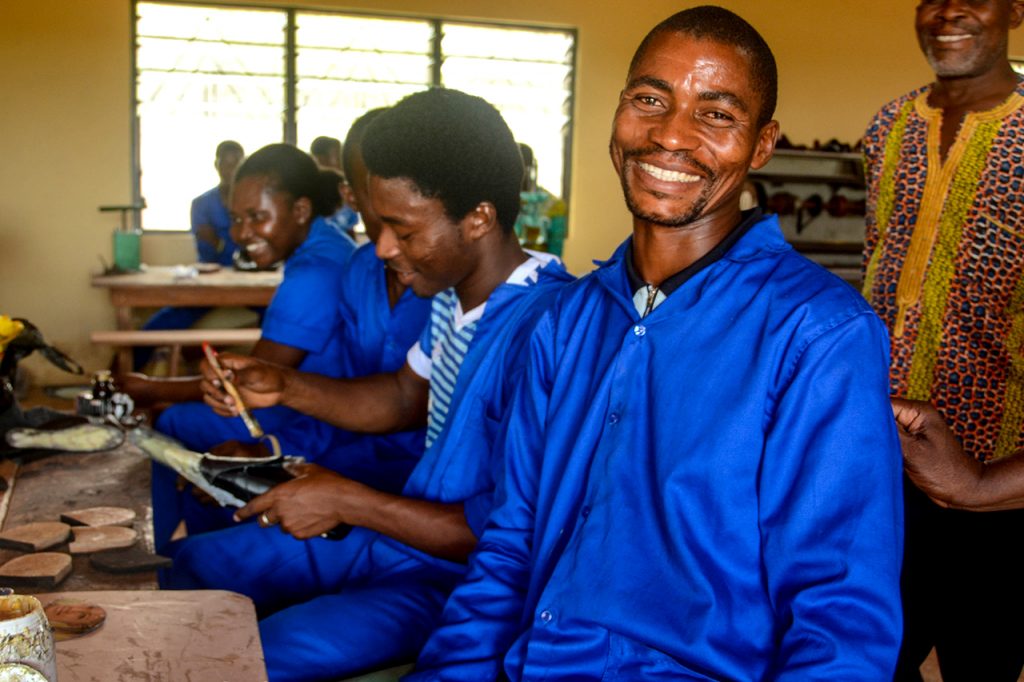 Dago, a small town in Ghana, has so few job opportunities that many parents leave their children with grandparents and move to other cities looking for work. Compassion’s church partner wanted to find a way to provide income and jobs in Dago. They started teaching youth how to make leather sandals and slippers. It was so well received that they received funding from Compassion to set up a small shoe factory to provide parents with jobs. The factory now employs 10 caregivers, providing them good wages and giving the village a substantial morale boost—while also teaching youth a trade that can help them earn an income in the future. 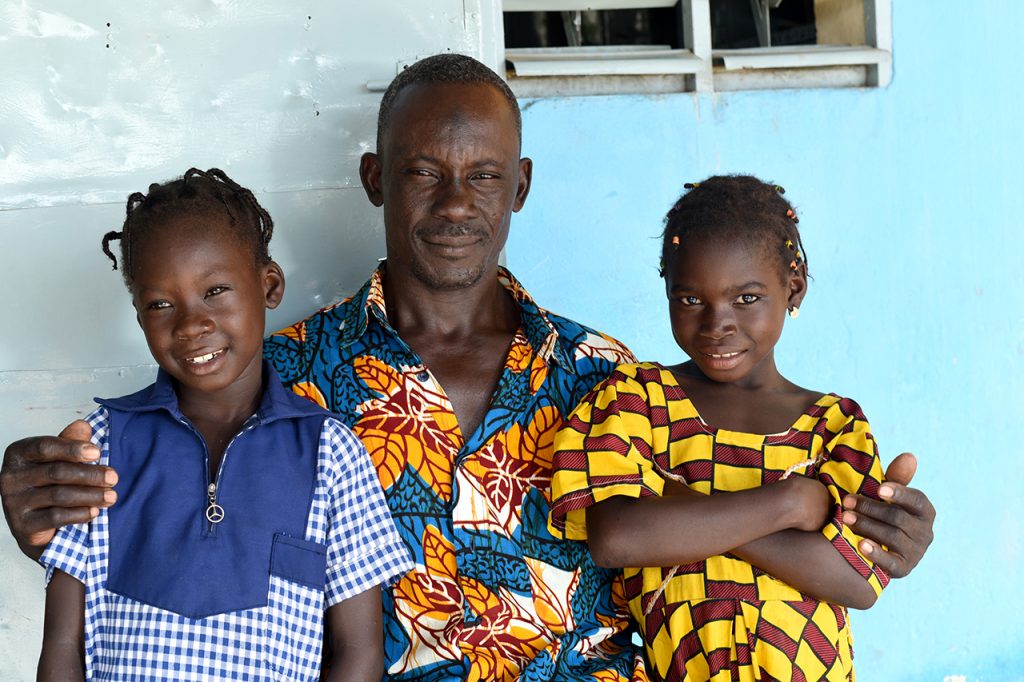 Mamadou was a well-known religious leader in his community, yet he constantly heard an internal voice telling him to repent and follow Jesus. He pushed the voice down, knowing that to do so would mean threats and ostracization. When his children began attending a Christian church, Mamadou was very upset. Worried about his reputation, he forbade them from going. That changed when the church partnered with Compassion. Mamadou allowed his daughter to join Compassion’s program and quickly noticed the profound difference the program made in her education and life. He became the chair of the centre’s parents’ committee. Despite his own religious background, he vocally advocated for the program when other parents had concerns about their children going to a church. And after 10 years of supporting the centre, Mamadou found faith in Christ.