These young ladies are your average group of students, hanging out and doing homework together. If you look at the smiles on their faces, you’d never guess what type of community they live in. 30 years ago the government set aside this parcel of land and people from all over India started moving in. 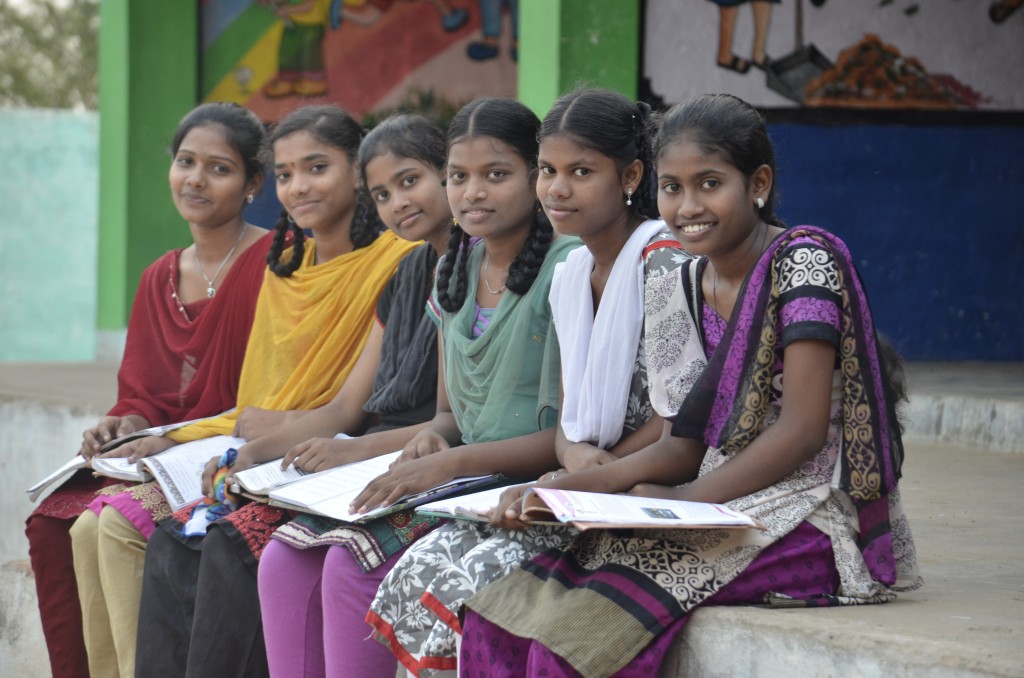 The older generations are the ones who are infected by leprosy. They are uneducated and, being infected, they could not get any jobs. As a result, begging is the only way they support themselves. The next generation is the children of the leprosy-infected parents. They are healthy but grew up unaware of the importance of education. They are involved in unskilled labour to earn their living. Some are auto drivers, scavengers or have informal shops. A few follow their parents’ lifestyle of begging.

The next generation is the young children Compassion serves. The cycle is being broken with them. They are in school, and they are looking forward to a promising future.

Fifteen-year-old Shirisha, left, is one of these children. 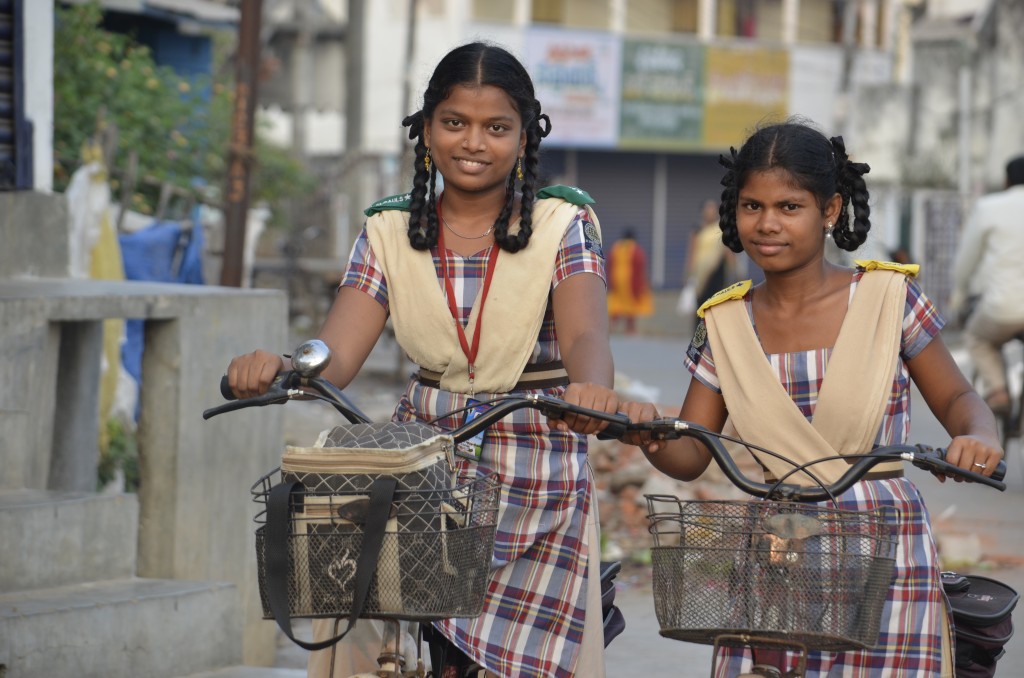 Her grandmother is infected with leprosy. Her father was a rickshaw driver, but he passed away due to a stroke. After he died, Shirisha’s grandmother and her mother began begging to provide for the family.

There was no hope that Shirisha would be able to go to school until she was registered in the Compassion program in 2010. For children like Shirisha, going to school is a dream come true. She is now in the eighth grade. Compassion helps pay her school fees and provides for basic essentials like nutritious food, uniforms and hygiene items.

Thanks to Compassion, Shirisha is able to communicate well in English, which can help her get a job in the future. She is calm, lovable and has a good reputation. She understands her family’s situation, so she always studies hard and aims to achieve great things in life. She wants to become a doctor to serve rural people. 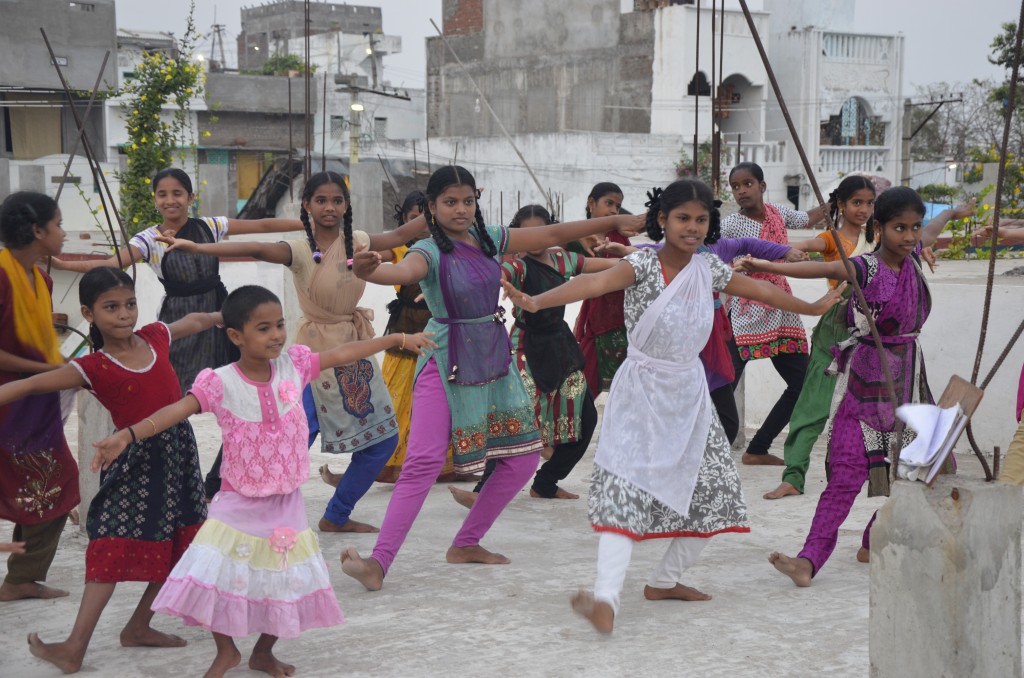 Shirisha enjoys the traditional dance class and computer classes at the Compassion centre. She is also an active member of the Child Parliament at the centre. She is the minister of consumer affairs, food and public distribution. As a food minister, her job is to ensure that children wash their hands before eating food and that they eat healthy food without wasting it. She is also part of the team that ensures a balanced diet is served to the children.

“I’m a food minister,” says Shirisha. “I enjoy my role here in the centre. It’s a great honour for a person like me to sit with centre staff and discuss nutritious food.”

Many other children are also paving their way to a dignified living, like sisters 15-year-old Kavitha and 14-year-old Sunitha. Their grandparents, who are infected by leprosy, beg to survive, and their father, Raju, collects garbage. 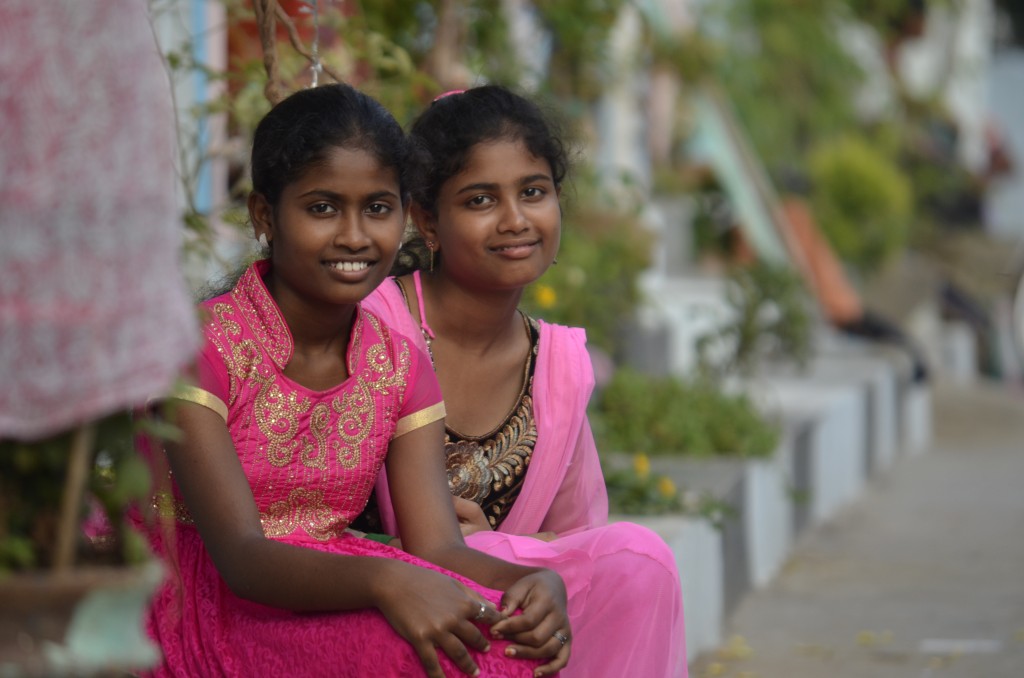 Raju wanted his daughters to enroll in a good school, but they couldn’t afford it. But with Compassion’s support, they have the opportunity to study in one of the best schools in the area named The Logos School.

Both Kavitha and Sunitha are in the seventh grade and have big dreams for their future. Kavitha wants to be a police officer and serve the community, while Sunitha wants to be a doctor and provide free services to poor people.

“People here suffer from infections, wounds and amputations. I want to serve this leprosy community and also help with early diagnosis of this disease,” says Sunitha.

Children in this community are taking a giant step forward in their march towards a future that offers dignity and self-respect. Shirisha, Kavitha and Sunitha are just a few of the many young, talented children that Compassion staff are helping.