Just like boys in Compassion’s sponsorship program, girls in the developing world face enormous challenges in rising out of poverty.

But the types of problems girls face are sometimes quite different from boys. One of the largest challenges girls face is early pregnancy. In many of the communities where we minister, girls have their first child as teenagers, drop out of school and continue the cycle of poverty. Girls are also more vulnerable to prostitution, sex trafficking and abuse. In some cultures in the developing world, educating girls still isn’t valued, and girls don’t value themselves or have any aspirations for their future.

Our church partners have such a heart of compassion for these girls and do all they can to protect them from danger and help them make good choices. Here are some of the ways Compassion helps girls through the challenges they face.

Stopping the cycle through education

One of the most effective ways to end poverty is educating girls. A child born to a literate mother is 50 per cent more likely to survive past the age of five. Educated girls are twice as likely to send their children to school. And with each additional year of education, a girl will earn 20 per cent more as an adult.*

Compassion ensures girls stay in school and helps them develop dreams and plans for their future. They teach girls that they have value and have been uniquely created in God’s image. Girls discover the skills and talents God has given them, and as adolescents, they work together with a mentor through a life-planning tool to make real goals and plans for their future.

Many girls in the developing world have their first child at 16 or younger, forcing them to drop out of school to raise their children. But without an education, they don’t have a means of supporting themselves. Often their children grow up and also have kids young, and the cycle continues. Other young women see no alternatives around them and turn to prostitution to support themselves.

Our church partners are striving to end this cycle. One way is through teaching girls that God has a plan for their lives and their marriage. Girls learn that they have worth and there is something for them beyond early pregnancy and poverty.

Along with the boys, girls also learn about God’s plan for marriage and the importance of keeping themselves sexually pure until marriage. They learn what the Bible has to say about our bodies, but most of all, they hear the gospel of Christ.

As girls begin to follow Christ, He leads them in making good choices about their bodies. 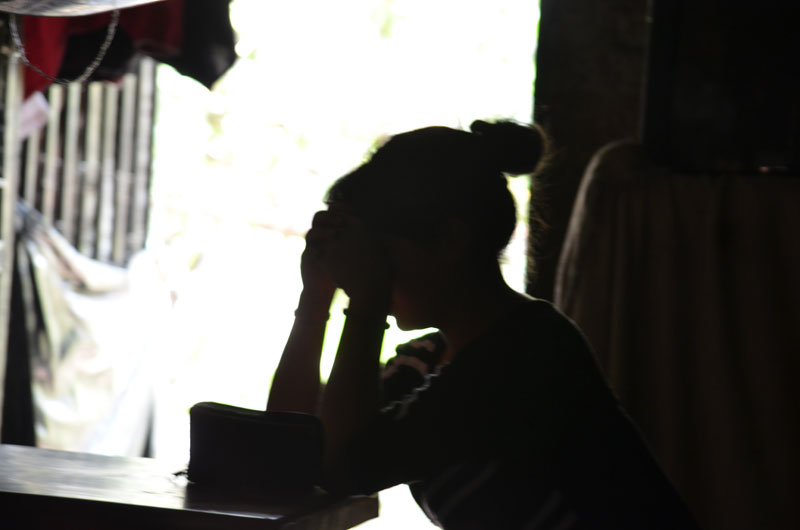 Eve’s** mom was a prostitute and didn’t care for her. She was raised by her grandmother in a rough barrio of El Salvador. As a teen, her close friend joined a gang as a “girlfriend”—someone whose body is available to the other gang members. Eve was attracted to the idea of being in a gang—she’d have a family who was loyal to her, so unlike her own mother. But Eve had been sponsored through Compassion and learned about the plan God had for her life. When her friend joined the gang, she instead decided to run to the church and give her life to Christ.

Protecting the vulnerable from abuse

Girls living in poverty are often at great risk of abuse. They live in close quarters with fathers, uncles, grandfathers and brothers, and the girls feel powerless and voiceless when they are abused. Girls who drop out of school to work often get jobs as domestic servants or in restaurants. In both cases, they are at risk of abuse by their employers. Other girls are trafficked away from their families into sex work in big cities.

Being sponsored significantly reduces a girl’s risk of being trafficked or sent to work. Because education and health care are taken care of, parents are less tempted to send their child to work or sell her to traffickers.

In the few cases in which a sponsored girl is trafficked or sold into labour, Compassion works ceaselessly with local authorities and other organizations to bring the child home.

Sonia** is a 12-year-old girl from a remote town in India. When she missed going to the Compassion centre for three days, the workers became concerned. The centre’s social worker visited Sonia’s mother to find out what was going on. Her mother evaded her questions, so the social worker talked to the neighbours. She was shocked at what she heard.

Sonia’s mom had sold her for 100 rupees—about $1.80—to work in Delhi. The centre instigated a search with the help of the Women’s Council and Human Rights Commission, and the police department eventually found Sonia and brought her home. 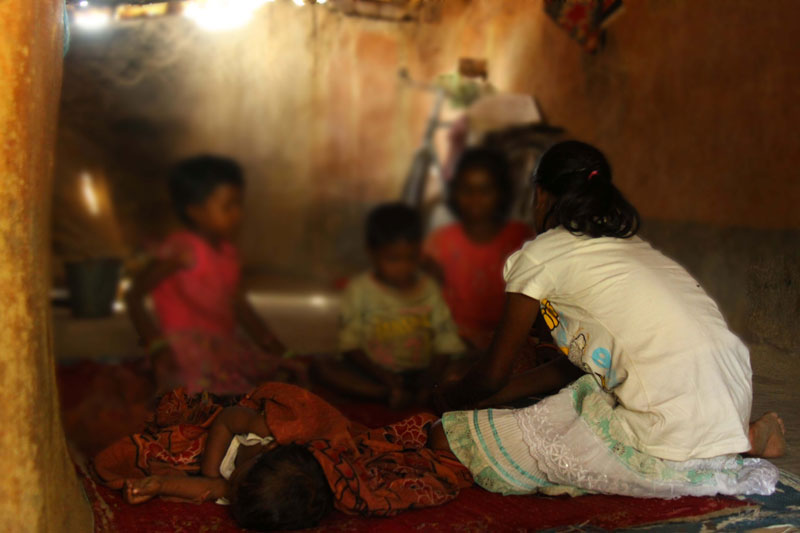 Preventing abuse is also a high priority for Compassion. All Compassion workers are trained in preventing, detecting and responding to abuse. We also teach the children themselves about their rights and what to do if they are abused.

In the sad case when a girl is abused, Compassion does all it can to restore the girl to wholeness. Pimpa was often left at her aunt and uncle’s home when her parents couldn’t look after her. She loved them; they were her family. But one day after her dad dropped her off, her uncle raped her. In her village, there had never been a single report of rape, and Pimpa kept silent as well. But she was pregnant.

Eventually, Pimpa’s uncle went to jail. Pimpa was given health care, counselling and support through Compassion’s Urgent Needs fund. She gave birth to a son when she was 14 and they are currently living in a loving Christian home for at risk girls.

By sponsoring a girl, you are protecting her from the many dangers and challenges girls face in the developing world. Through the support of sponsorship, she is able to focus on growing into the young woman God created her to be.

Help change a girl’s life by sponsoring with Compassion.

You can be a part of changing a girl’s life and helping her navigate the unique challenges she faces by sponsoring today.
Sponsor Now

*UNESCO, UNICEF and The World Bank

**Not her real name.