Inspired by the popular Humans of New York blog, we wanted to share some inspiring human stories from Compassion’s work in Brazil. 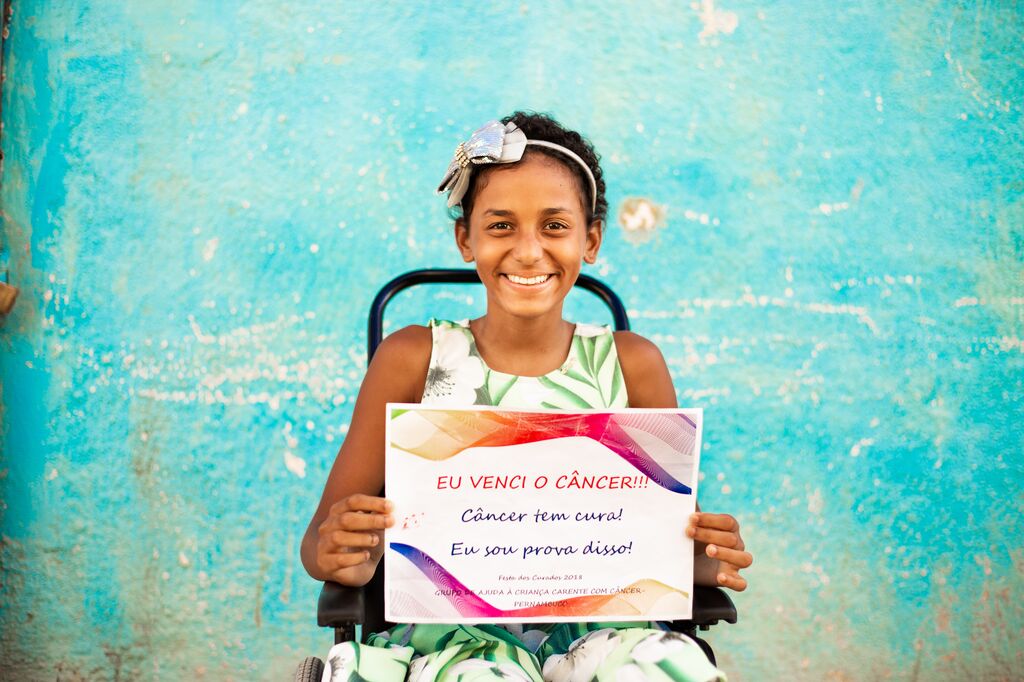 “When I was seven-years-old, the doctors said that I had cysts in my ovaries and spine. My treatment lasted about a year, but in my head, it took centuries. When I was 11, the doctors said I had new tumours in my lungs and my breasts. I really didn’t understand why God allowed me to get sick again. But I knew He was good, and I believed that He would help me live a good life, regardless of how many decades I was going to live. At the Compassion centre, my teachers reminded me of how good God is and how He cares for us, even though sometimes things happen to us. My limitations gave me a new kind of freedom. It’s the freedom that only a great friendship can provide. It’s the freedom to be loved despite our differences. From time to time, I had some relapses and needed to go to the hospital, but it was good to know that there are a lot of people cheering for me. When I heard that I was completely healed in 2018, I was trembling with joy. I cried, then laughed, then cried again. I’m very happy to know that it’s all over.” 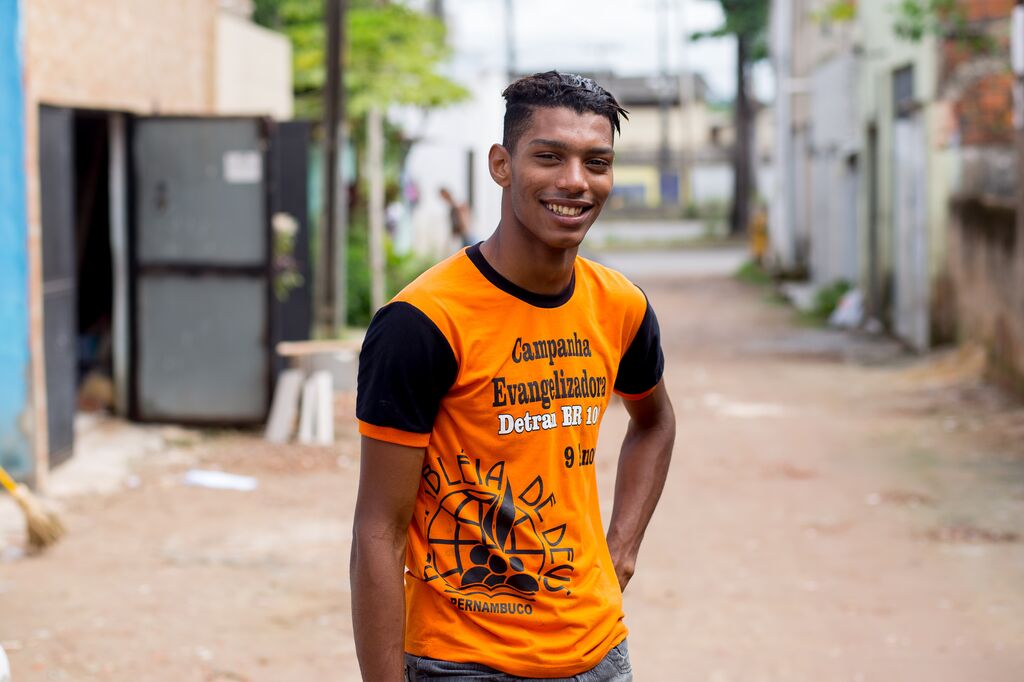 “There was an uncle of a close friend who had a lot of money. Our curiosity about him and what he did in order to have access to such things increased every day. He had money. He had guns. I wanted to have that, so I followed that path. [From an early age] I hid myself in the slums waiting for the buyers to show up. I was on alert all the time, touching my gun on my waist. The local Compassion centre was a great influence in my life during the years I was involved with drug trafficking. They knew what I was doing and they never gave up on me. They insisted on showing me the true path. They gave me Bibles and books and tried in every way to show me that the path I was choosing was wrong. After this and seeing many friends killed or arrested I decided that it was time to leave that kind of life behind. I told the drug dealer that I was stopping his activities. The centre opened my eyes, so I will never, ever leave God’s presence and never return to be the person I was before.” 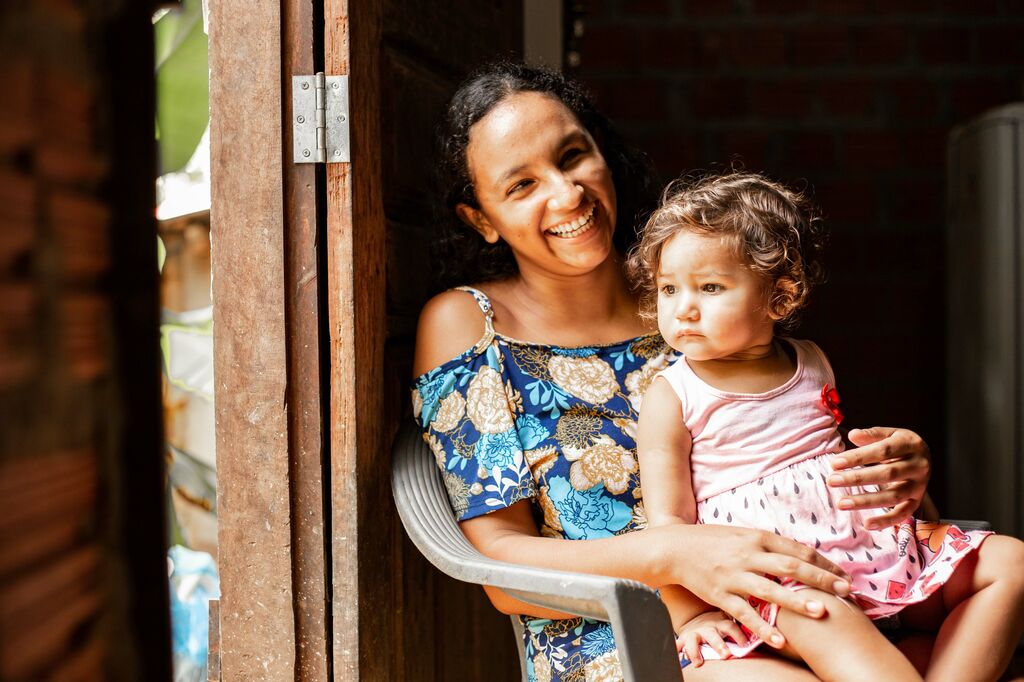 “One of my greatest sorrows in being blind is not being free to go where I want and go out on the street like everybody else. I’m afraid to walk on the street and step on the dogs and cats that lie on the ground. This has happened several times. I get scared and I know a lot of people laugh at me, but I got used to living like this. I’d like to be free. But there’s nothing I can do other than continue living. I’ve never felt much love from my family. They never told me good things. I feel terrible just remembering. All that hurt me a lot. Even nowadays, they say that I will never be able to fulfill my dreams, like playing the guitar. But today, my family is my daughter and the Compassion centre volunteers. There, they protect me and teach me everything I know. In the centre, in the meetings with the other mothers and in the visits here at home, I always feel the affection and love that they feel for me. It’s unlike anything I’ve ever had in my life. They encourage me to dream and to fight for what I want.” 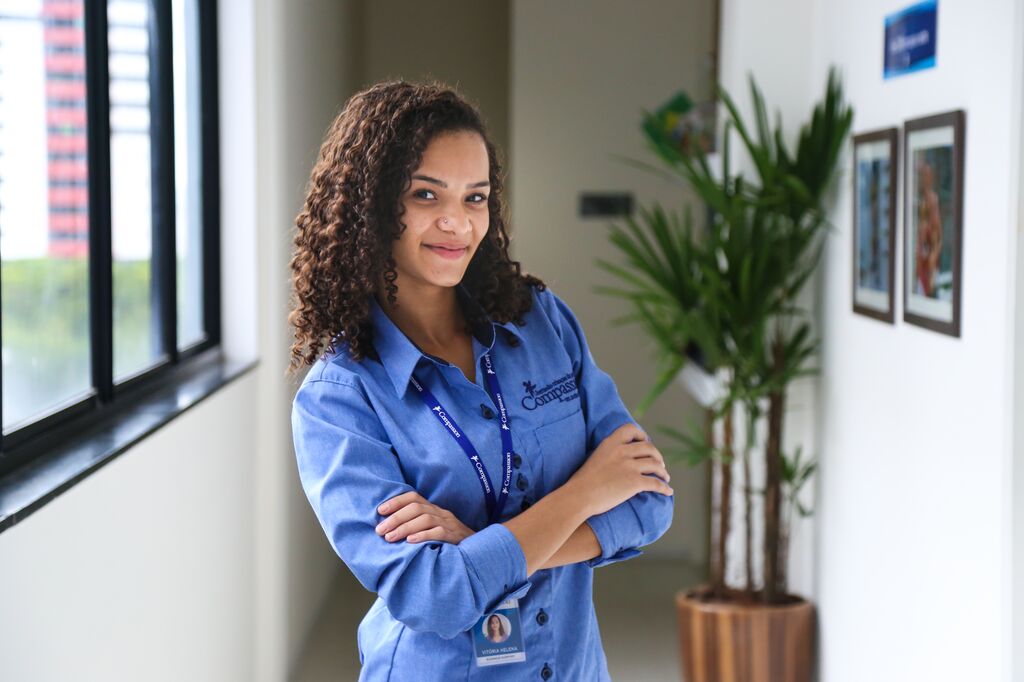 “Being a girl in Brazil is very hard. We must be doubly careful when we go out on the street. We receive hundreds of charges of how we should be and what we should do while boys are free to do whatever they want. Many companies, for example, still have a gender target and prefer to hire men. I didn’t have much joy or expectations about my life [because of this]. There wasn’t much I could rejoice about, so being part of the Compassion centre has had such an impact in my life story. This place is my second home. [Now] working with Compassion has been a great gift for me. I want to help people and fight to give my mother a better future. I dream about the day that we’ll have our own house and I’ll be able to repay to the world everything I have received. I know that God is with me in all my struggles, so whenever I fail at something, I will rise and try again.” 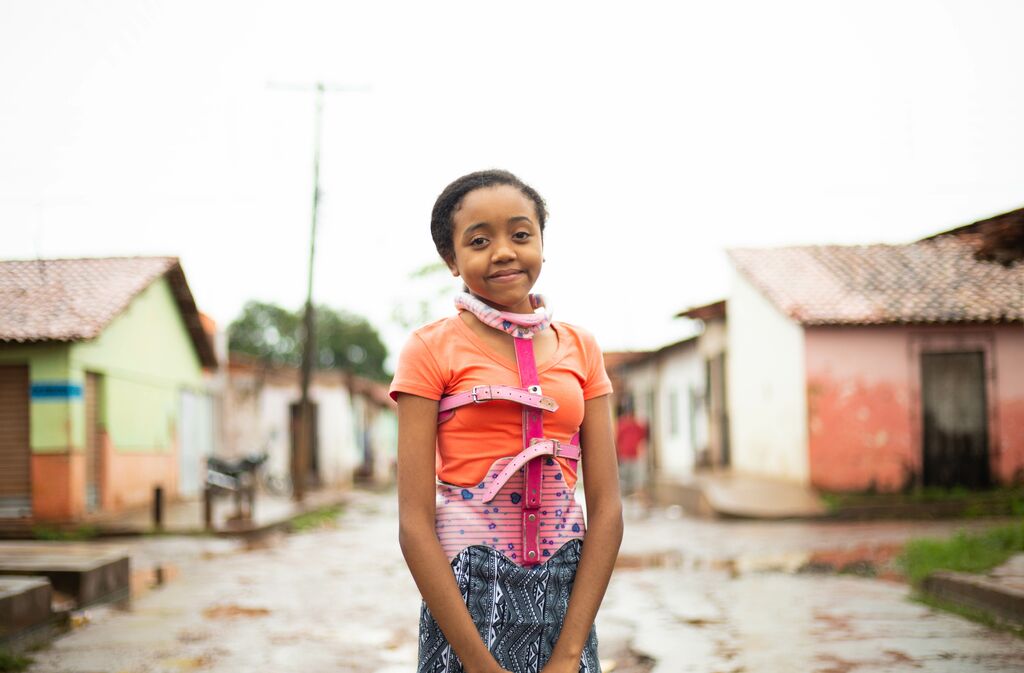 “When I wore the back brace for the first time [because of my scoliosis] I cried a lot. It was stifling and people thought it was weird. I have to use it 24 hours a day, every day of the week, until I am 18-years-old. Now I’m used to it and I can see some changes in my body. Although I need to wear this vest, I feel grateful to God because I know that many people can’t even walk. I know that maybe if I didn’t have the limitations I have, I’d be a completely different person. I know that God is the One who guides my ways and that He can make all things possible. One day, I want to become a pediatrician. It may seem like a big dream with my limitations, but I know God is the One can make all things possible. Jesus is all I have in the world. I’m free even if my body is limited.”

Why a faith-focused magazine matters now more than ever

Busting some myths on Compassion and community development