A Compassion graduate in Uganda dedicates his life to bring justice to those denied it.

Life in the rural community of Nangera, Uganda, hadn’t ever been easy, but for John, it was home. As the oldest of five children, John knew his parents struggled to put food on the table. He often went to bed hungry—but then, so did most of his friends. Like many adults in Nangera, John’s father struggled to find work. In the dark, predawn hours he and his neighbours would make their way to the fields, hoping to find enough work for the day. Backs bent under the hot sun, they’d coax the soil to yield maize, cassava and sweet potatoes, and bring home the equivalent of about $13 per month—43 cents a day.

Feeding a family of seven—with another on the way—was a challenge, but John’s family wasn’t in it alone. John was registered in Compassion’s sponsorship program at his local church and had a dedicated sponsor named Crystal. John loved getting letters from Crystal, who wrote often to encourage John and his family. 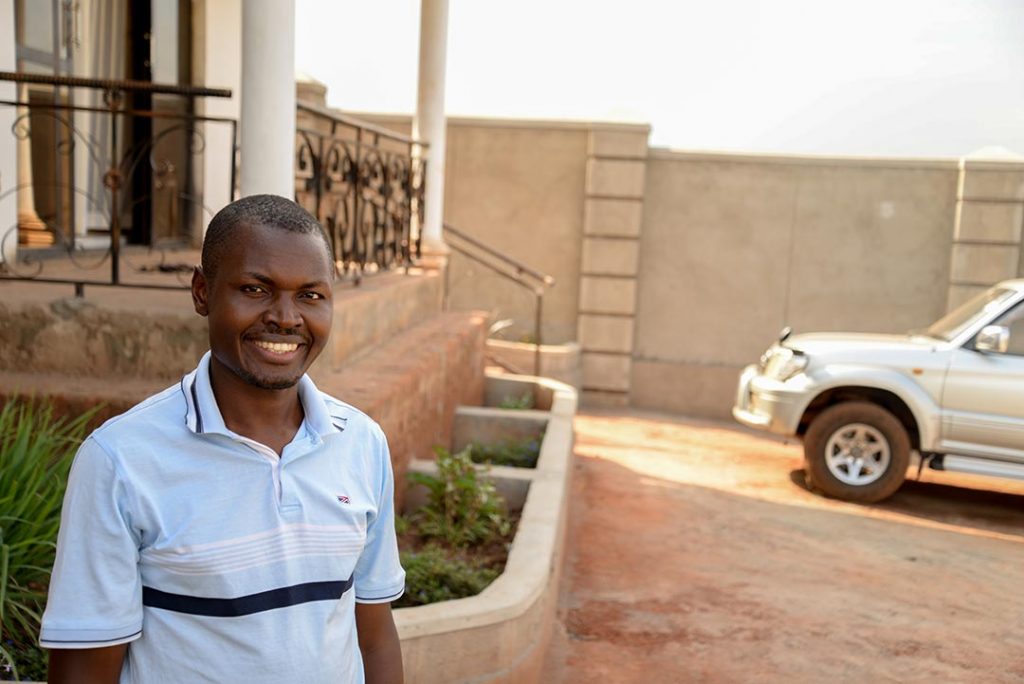 But when the time came for John’s mother to give birth, she didn’t have the medical care she needed. She and the baby died in childbirth.

Unable to cope, John’s father abandoned his family. John, frightened and heartbroken, found himself guardian of his four younger siblings. And when the news of their mother’s death and father’s disappearance reached their father’s family, an uncle forced the children out of their home and took over the property.

Land theft is a common crime in Uganda. The origins of the practice were innocent: if a man died, his widow and children were to be taken in by his extended family. But in present day, extended families sometimes force the remaining family away using threats, violence and fraud. Authorities often turn a blind eye to these “family disputes.” According to the UN, one in three women in Uganda has experienced land theft.

John and his siblings were left in the care of their paternal grandparents. Their grandmother drank away most of their grandfather’s meagre income, ignoring the hungry mouths she grudgingly inherited. Hungry and desperate, John ran to the only place that felt safe: his church.

His pastor was horrified at the situation and suggested he and John see a lawyer. But when John shared his situation with the lawyer, the man sneered, saying, “Justice is not for the poor.” He then mocked John, saying he would only consent to drive out to John’s home and help if John could afford to put fuel in his car.

John was shocked. “I cried,” he said. “I knew we had lost everything.” 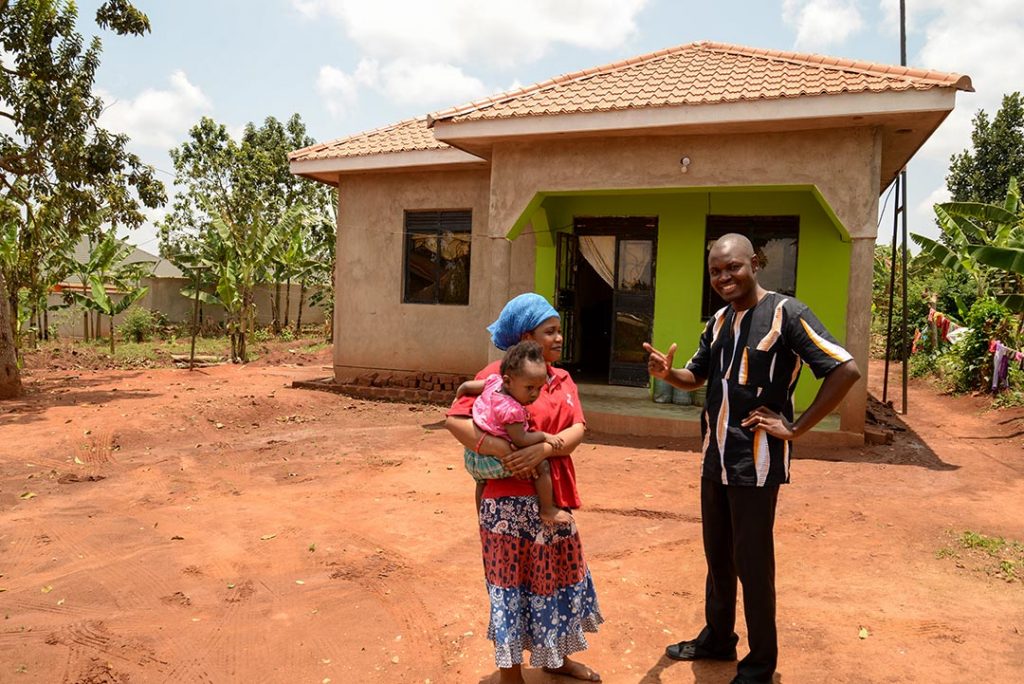 But John also refused to give up. The lawyer’s cruel words sparked something in John—a determination to prove that justice is for the poor. John decided to become a lawyer. From that time until he graduated, John worked diligently in school, fueled by his sponsor’s prayer and encouraging words. Through the Leadership Development Program, he went on to pursue a law degree at Uganda Christian University.

Today, John and his wife, Noame, operate a law firm and provide free legal services for families in need. They and their team of lawyers—one of whom is also a Compassion graduate—have a reputation for integrity and an excellent record of cases won, which attracts wealthy clients willing to pay handsomely for their expertise. Every high-paying client the team takes on allows them to offer free services for dozens more who cannot afford it. 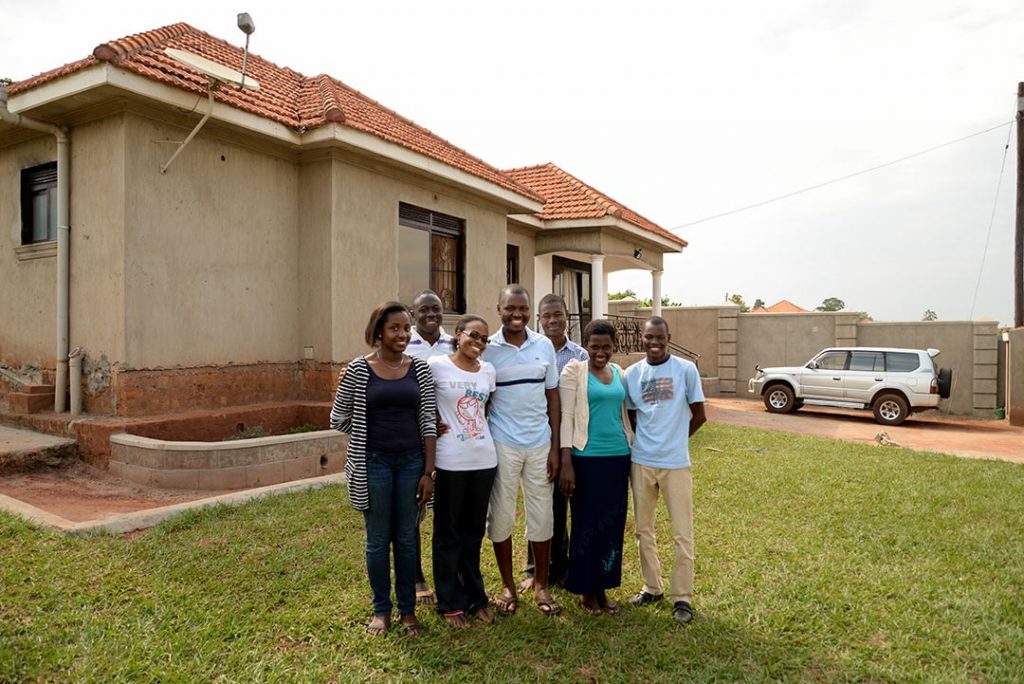 Rachael was one of these clients. Her husband died in a work-related accident just three months after their second child was born. Her husband’s company gave the compensation money—a significantly lower amount than promised—to her husband’s closest male relative instead of her. Rachael was left with no job, no money for rent and no way to feed her babies.

When John heard her story, he took on her case immediately. And when he won, the company compensated Rachael the equivalent of $17,000.

“If I had not been introduced to John, I would be suffering with my kids, because I could not afford lawyers,” says Rachael. “John and his colleagues did everything for me for free. When I got the [money] I tried to give them some, but they declined. Up to now, I can’t believe that I met them.” 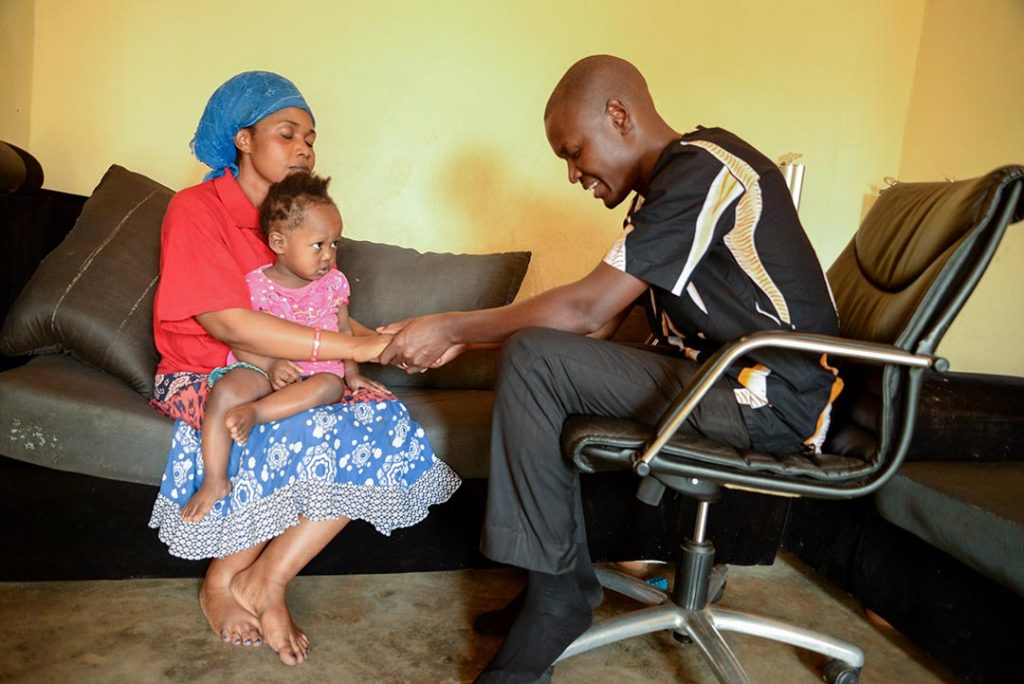 John’s firm has had to face corruption—they’ve received threats and bribes, but they have stood firm.

“Our price is to see justice done,” John responded, and filed the case against him.

John attributes his boldness to the time he spent learning to be a godly leader through Compassion’s program. His deepest desire is to stand for what is right, and every day he sees God bless his team for their choices. Thanks to God’s blessing, in the eight years since the firm opened, they have handled more than 300 pro bono cases for those in poverty.

Please pray for John, Noame and their firm as they continue to prove that justice is for the poor!

Where are they now? Ten students received the gift of tuition