The Butt children spend an hour every morning studying their Bibles and every night at the Beer Store. 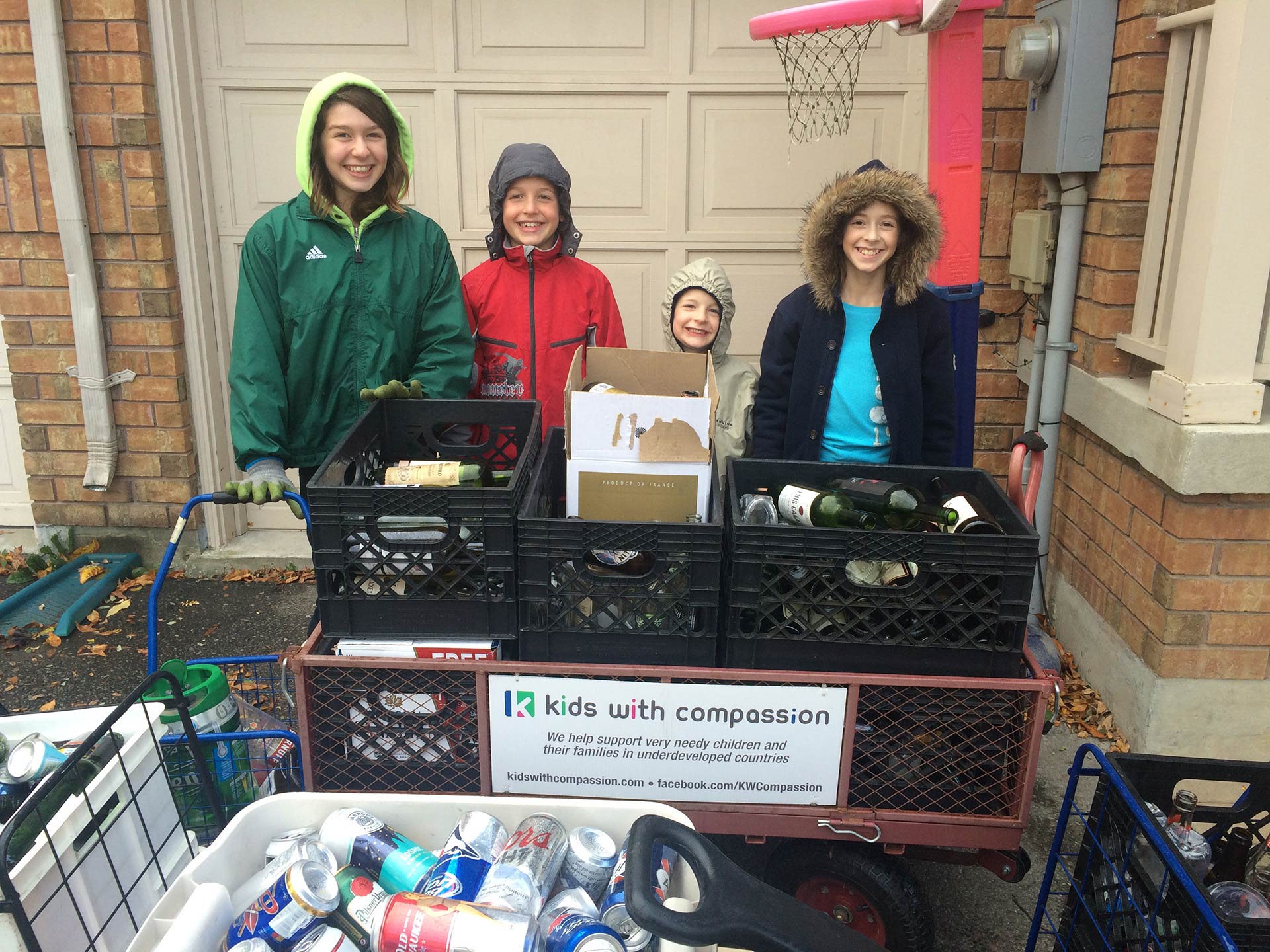 It all started five years ago when their family faced some unexpected financial difficulties.

Roy and Angela Butt of Aurora, Ontario, had always been generous, sponsoring a child with Compassion each time one of their four children was born. When the family began to face some financial constraints, rather than pulling back on their giving, these parents decided it was an opportunity to teach their children that even when you are going through difficult times, you can still focus on others. The family decided they wanted to find a way to help others—even beyond their sponsorships.

One day, Angela and her four children—Marisa, Alana, Michael and Nathan—were out for a walk in their neighbourhood when they saw a few wine bottles sticking out of a blue recycling box. They said, “Hey, I think we could get some money for that.” So they took the bottles and received 20 cents for each when they returned them to the Beer Store. 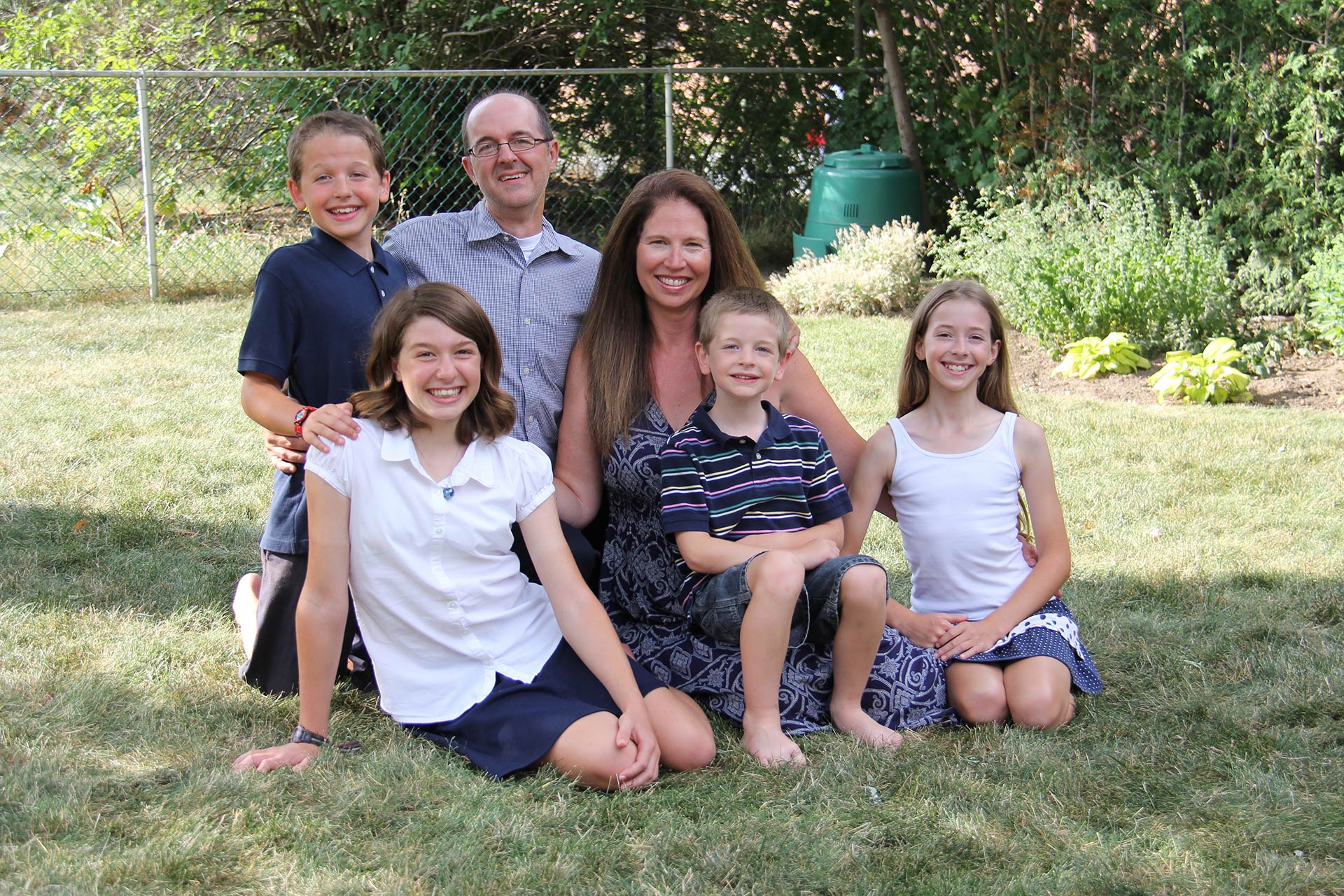 The children were excited to have found a way to raise money for others. Angela wasn’t so sure.

She told the Lord in prayer, “Uh-uh. I don’t want my children looking like beggars on the street, picking wine bottles out of people’s recycling boxes.” But the Holy Spirit pressed on their hearts that this was the path He had for them, so the next Thursday morning—trash day—the kids went out with plastic bags and collected enough recyclables to earn $3. They were eager to do it again, and it soon became a ritual that each Thursday, the kids and their father would go out collecting bottles with their red wagon, regardless of sleet, rain or negative 30-degree weather.

Neighbours would frequently stop to chat with the kids, and they have been able to build friendships throughout the seven blocks they walk each week. Sometimes they’re even able to pray with and minister to their neighbours. At one point, someone contacted the local newspaper, and the story of what the Butt children were doing was on the front page. Four other papers picked up the story, and the family was even featured on their local TV station.

“It got bigger than we had ever anticipated,” says Angela.

Families and restaurants in Aurora and nearby towns started to email or call the family whenever they had empties to donate. Now, gathering bottles is simply a way of life for the family. They never miss a Thursday—even arranging their vacations around it. The children, who are homeschooled, start their mornings by spending an hour reading, studying and discussing the Bible. Then on Thursdays, they head out with their red wagons. It takes about 2 hours to gather all the recyclables, sort them and bring them to The Beer Store. 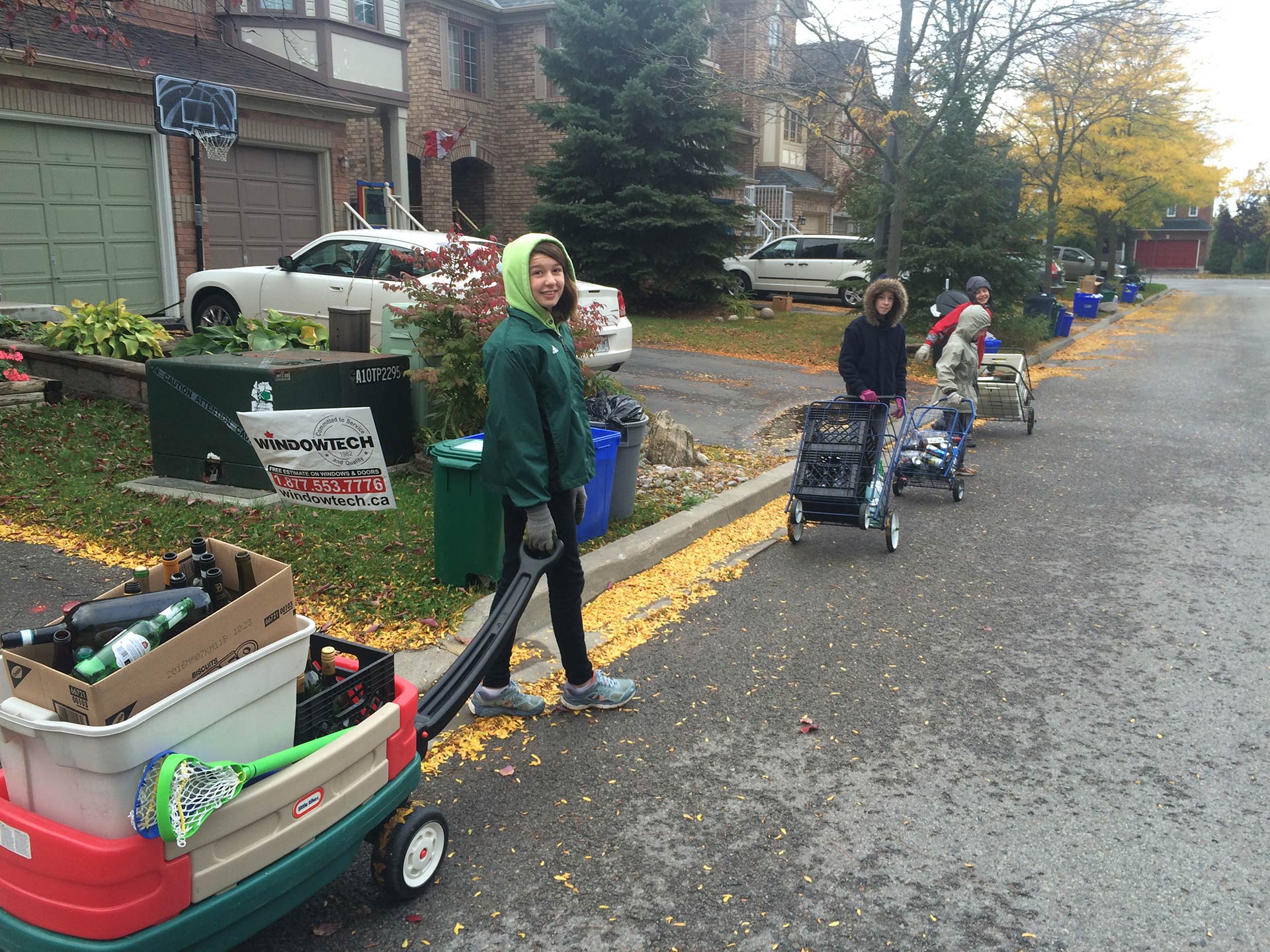 On other weekdays, they never know who might call with some empties for them, from restaurants to families in other towns. Some days, they wake up to find a box of bottles on their porch. So six days a week, the Butt family drives to pick up empties and take them to the Beer Store that night.

The staff at the Beer Store know the family and chat with them like old friends. The family even bakes the employees Christmas treats each year. They’ve made other friends along the way as well, like the Nickel Man. Every Thursday, he waits for the kids and gives them a baggie of nickels, usually adding up to about $2 to $3 a week. He won’t tell them where the nickels come from, but the kids look forward to seeing the mysterious Nickel Man each week.

It’s not easy. Some days the kids come home in tears because it’s so cold. But they come inside for cups of hot cocoa and talk about children around the world who don’t have the comforts they do. They’ve learned that no matter what you’re going through, you can always think of others.

And all the days of hard work culminate on New Year’s Eve.

Roy comes home that day with the final tally of how much they’ve raised in the sleet and snow and trips to the Beer Store. Their New Year’s Eve tradition is to sit down around the table with the Gifts of Compassion gift guide and decide what to bless others with through all their hard work. With a snack and a calculator, the kids practise their math skills together as they figure out what gifts they can buy without going over budget.

They’ve given towards wells to bring safe water to children in East Africa. They’ve purchased mosquito nets to keep children free from malaria. Their favourite gifts so far have been helping parents learn skills to earn an income and rainwater harvesting systems to provide safe water to kids.

They’re now in their sixth year of raising funds. This year, they’re up to $3,500 so far, and their goal is to reach $5,000. They’re excited to start flipping through the gift guide and begin dreaming of what they’ll be able to give.

In thinking of what she might say to encourage other supporters of Compassion, Angela thinks of Matthew 25: “Whatever we do for others, we have done for Jesus. That is what motivates us,” says Angela. “We always remember that we’re doing it for Jesus.”

Dear sponsor, your letters are a lifeline…with love, your sponsored child.

Will the legacy you leave reflect the life you’ve lived?