In a small town in La Paz, El Salvador, lives a 7-year-old boy named Cruz. He is friendly and outgoing. He loves laughing, snuggling with his mom and listening to Bible stories at his Compassion centre.

He also has terminal cancer.

Cruz was a strong and healthy child. But in December 2012, he started to have high fevers. His mother, Sara, quickly took him to a hospital where doctors began testing him. The initial diagnosis was that Cruz had a severe iron deficiency. He was transferred to the National Children’s Hospital.

But by the time he got there, Cruz was fighting for his life. At first doctors estimated he had only days left. Then he started responding to treatment. Sara and her husband were ecstatic that their son was going to make it—until the doctors came back with a different diagnosis. Cruz had leukemia in his spinal cord.

But the news wasn’t all bad. “The doctors talked with my husband and me privately to tell us that his spinal cord was 80% clean from the bad cells causing him a mild leukemia,” says Sara. “That gave us hope that this was treatable and curable.”

Cruz was required to visit the children’s hospital in San Salvador—a trip of about 87 kilometres—every week for treatment. Sara would take a sleeping Cruz on the first bus at 3:00 a.m., and would arrive for treatment four hours later. Cruz would sleep as chemotherapy drugs were pumped into his little body, and sometimes they spent more than one day at the hospital to give him time to recover. “The good thing is that the treatment he receives at the hospital is free because it’s a public hospital,” explains Brenda Alegria, Director of Cruz’ Compassion centre. Compassion covers their transportation costs.

It’s been a difficult time, but Compassion staff have been beside this family for the entire journey, providing food supplements, vitamins and medication. But what Cruz really treasures are the home visits. “We take turns to visit Cruz no matter the time of the day,” says Brenda. “Even at night we’ve been holding his hand, crying with him, praying for the fevers to break.” 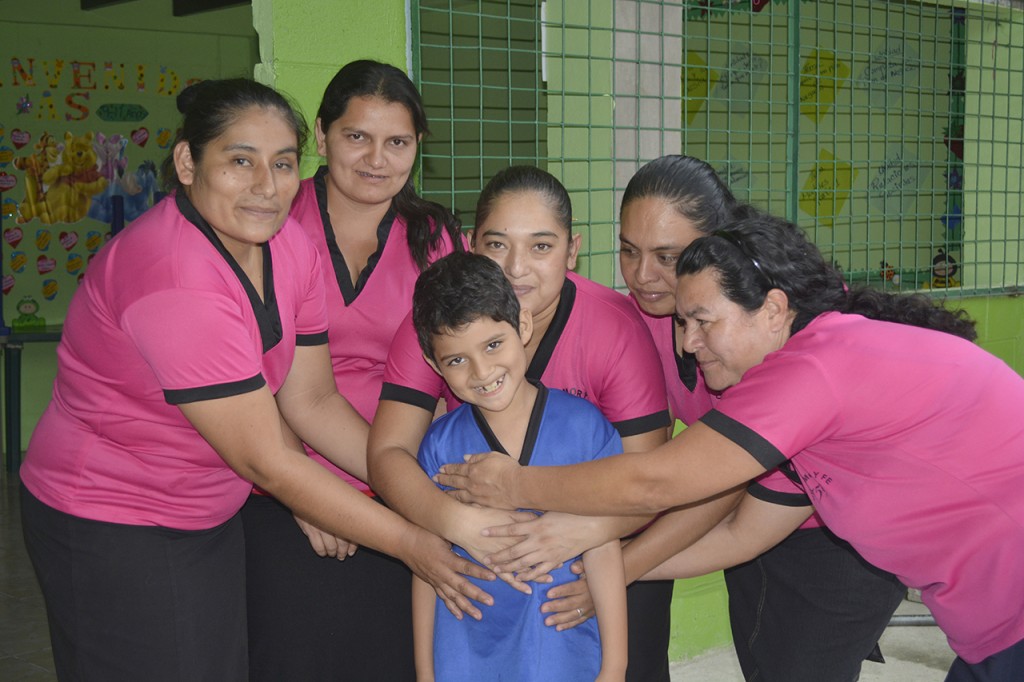 In December 2015, three years after Cruz’s initial diagnosis, the doctors broke some difficult news to Sara. “Cruz’s spinal cord was too weak to stand the treatment, so [the doctors] decided to suspend the intravenous chemotherapy.”

“Right at that moment we were crushed with that hard news, but it gave us the chance to pray even harder to see a miracle before our eyes,” says Brenda.

Cruz was given two months to live. It’s now been more than three.

Because of his medical condition, Cruz isn’t able to attend school, so he goes only to his Compassion centre. Through the love of the staff and the regular Bible lessons, he has also received Jesus in his heart and continues to learn about God and grow in his faith. Not surprisingly, his favourite Bible story is of Jesus healing a paralyzed man—and Cruz is fully confident that Jesus can work a miracle in his life, too.

“In my dream, Jesus told me to be brave,” he smiles. His unwavering faith continues to touch those around him—especially his mother.

“He is a happy child with an unbreakable faith and often tells me to not to cry anymore because Jesus will heal him. He encourages me to believe that as well,” said Sara. “Every day I pray for a miracle, the miracle of staying with me, because losing him would be the hardest thing ever because he has suffered enough already—but if it’s God’s will to take him, I will accept it.” 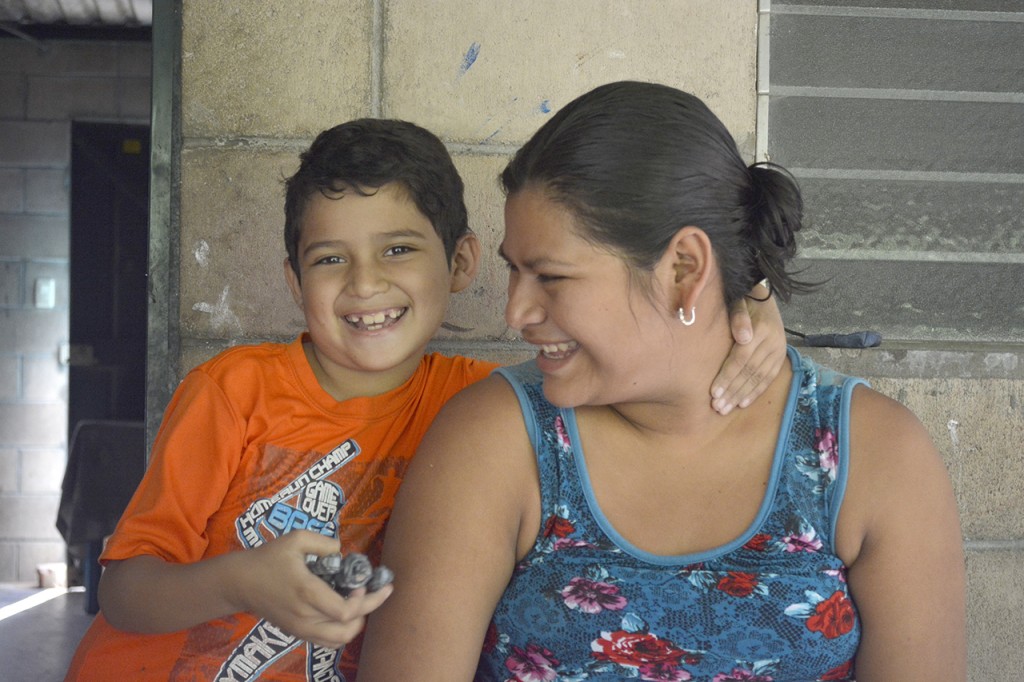 It’s been more than three months since doctors gave Cruz two months to live, but thanks to God, Cruz is still here.  Please pray for Cruz and Sara—that Cruz is healed, that Sara grows in her faith and that God continues to use Cruz’s story to reach the hearts of those around him. We will keep you updated with any new information.

UPDATE: Cruz went to be with his Lord and Saviour on April 28, 2016. Please be praying for his mother, Sara, their family and his friends and tutors at his Compassion centre. Cruz was a shining example of childlike faith and will be missed by many. We are confident we will see him again one day!

He will wipe every tear from their eyes. There will be no more death or mourning or crying or pain, for the old order of things has passed away. (Revelation 21:4)
Share on Twitter Share on Facebook