The distressed whimpers of Hanna’s two young boys echoed in her ears as she rushed out of the house to look for a job. Halfway to her destination, a sudden, pressing kick in her womb slowed her down. At seven months pregnant, she was familiar with all kinds of different kicks. 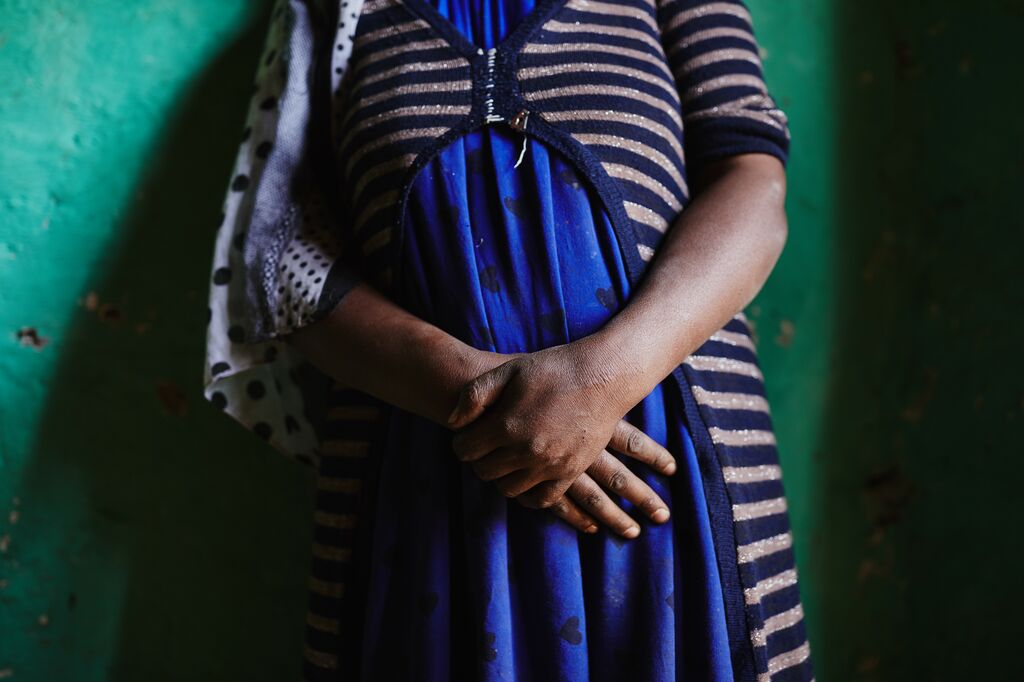 Hanna fought back tears as she remembered she hadn’t had dinner or breakfast. She was hungry, too. It was like the kicks were her baby’s way of demanding food. She gently rubbed her belly, hoping that somebody would hire her so she could feed her children—and herself, too.

“A couple of times, I left the boys and stayed on the streets because I didn’t want to see them cry for food. I decided to leave them as their father did, rather than see them starve. I also decided to end my life.”

Ever since her husband left the family, Hanna has struggled to support her children. And as her pregnant belly grew, the possibility of being hired shrunk.

“People refused to hire me when they realized I was pregnant. I begged and tried to convince them, but they just told me I was not fit for the job. I lost all hope. A couple of times, I left the boys and stayed on the streets because I didn’t want to see them cry for food. I decided to leave them as their father did, rather than see them starve. I also decided to end my life,” she says.

Desperate, Hanna turned to churches, mosques and large shops in her neighbourhood seeking support. But the little money she received could only last for a couple of days. 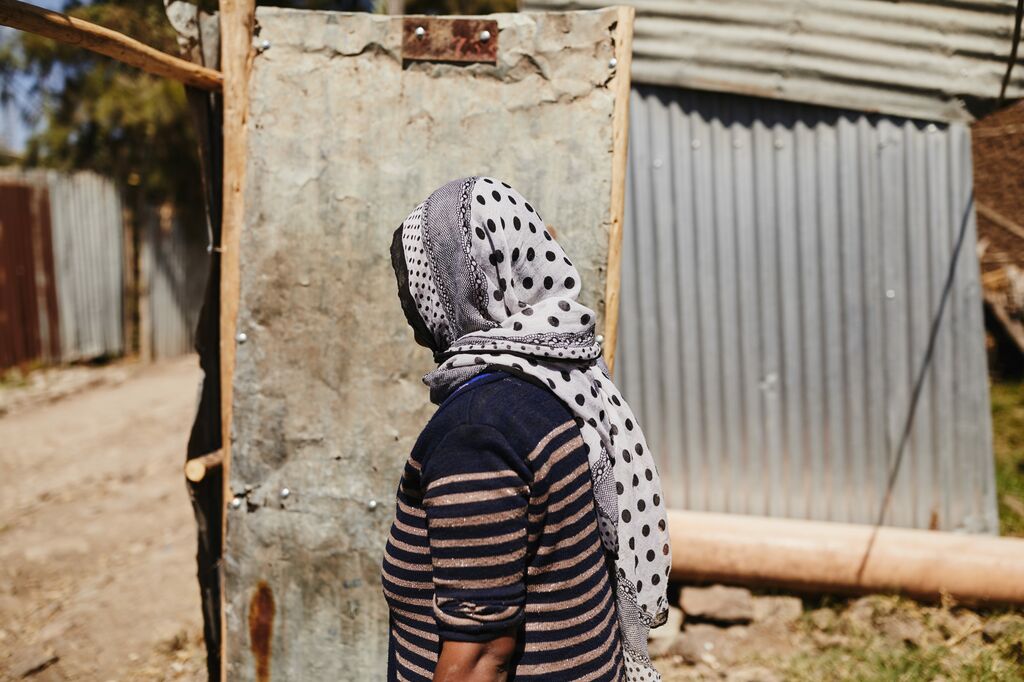 Hanna struggled for as long as she could until she stepped into the doors of Asko Kale Hiwot Church, Compassion’s church partner in her hometown of Burayu, Ethiopia. What she found as she walked through the doors surprised her.

“The people were compassionate. They treated me with dignity and respect. I felt heard and understood. I felt hopeful for the first time in months,” says Hanna.

It was not just the way she was welcomed that impressed the desperate mother, but the way the staff at the church were concerned not only for her young boys but also for her unborn child. She only wanted daily bread, but they spoke about a rescue plan.

“The church became my second home and the people there became like my family. I started looking forward to the day I would welcome my son with so much hope.”

Nothing could have prepared Hanna for the news staff delivered a few days later: she was welcomed into Compassion’s Survival program, a program that supports new mothers throughout their pregnancy and beyond. This young mother, who had decided to abandon her boys and end her life, was suddenly given a lifeline. The support she started receiving was more than she had ever hoped for. 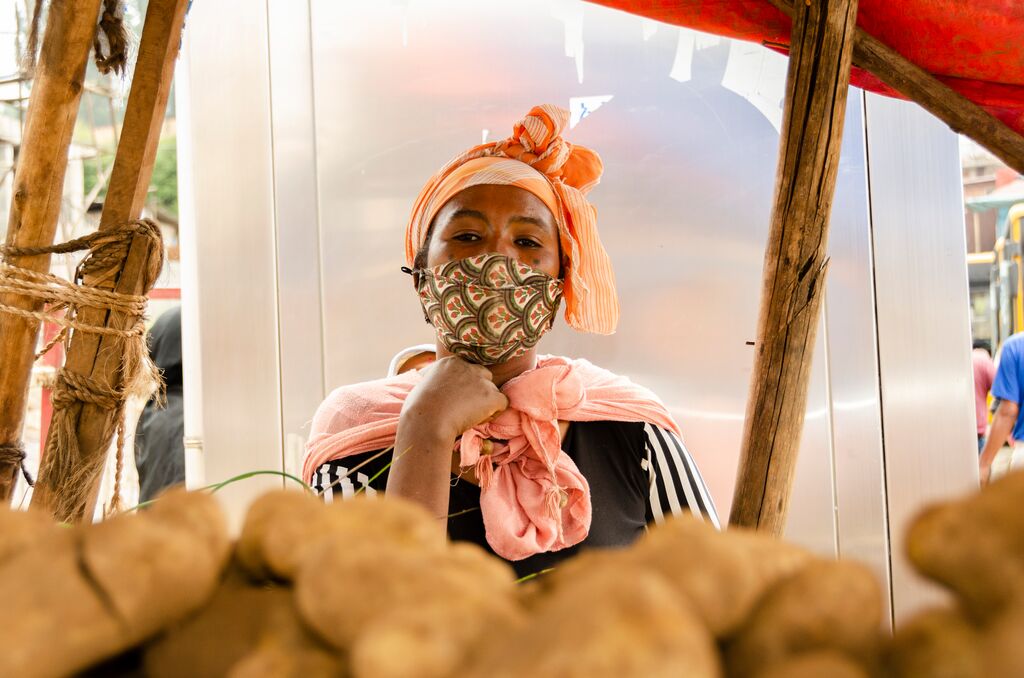 “Without her telling us her situation, we knew just by looking at her sunken eyes and her frail body that she needed urgent support,” says Munaye, a staff member at the Survival program. “Ever since then, we have done all we could to help her deliver a healthy baby and support her family.”

As soon as she was enrolled, Hanna started receiving prenatal care, food supplies and medical care. Not only were her physical needs taken care of, but she now had people who prayed for her and gave her valuable counselling and training.

“It was all more than I could handle,” says Hanna. “I never thought I could have a healthy child. I was hungry most of my pregnancy, let alone getting the necessary nutrition I needed. The support I started receiving, especially the food supplies, helped me feed my children. The church became my second home and the people there became like my family. I started looking forward to the day I would welcome my son with so much hope.”

One month before COVID-19 struck Ethiopia in mid-March, Hanna welcomed her precious baby boy, Mikyas. The Survival staff were by her side, providing everything she and her baby needed. Even when the government announced restrictions and life became more difficult because of the pandemic, the staff continued supporting mothers safely by delivering food and offering rent support. 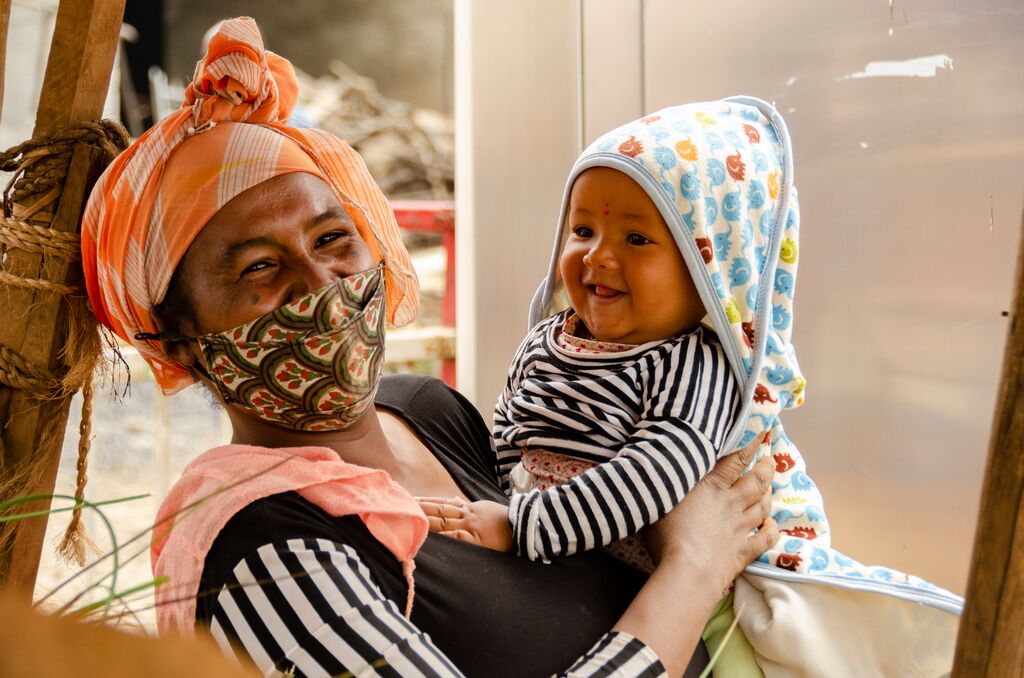 Even though the pandemic put an economic strain on almost everyone, mothers like Hanna who were in desperate need from the beginning needed special consideration. So, Compassion’s church partner paid close attention to Hanna and two other mothers by facilitating income-generating training to help them survive the effects of the pandemic and support their families into the future.

“During this special season, in addition to providing food supplies and paying rent for some, we thought it is only wise to think of a sustainable solution that enables mothers to earn a living and support themselves. New mothers like Hanna, who needed additional support, were given priority,” says Munaye. 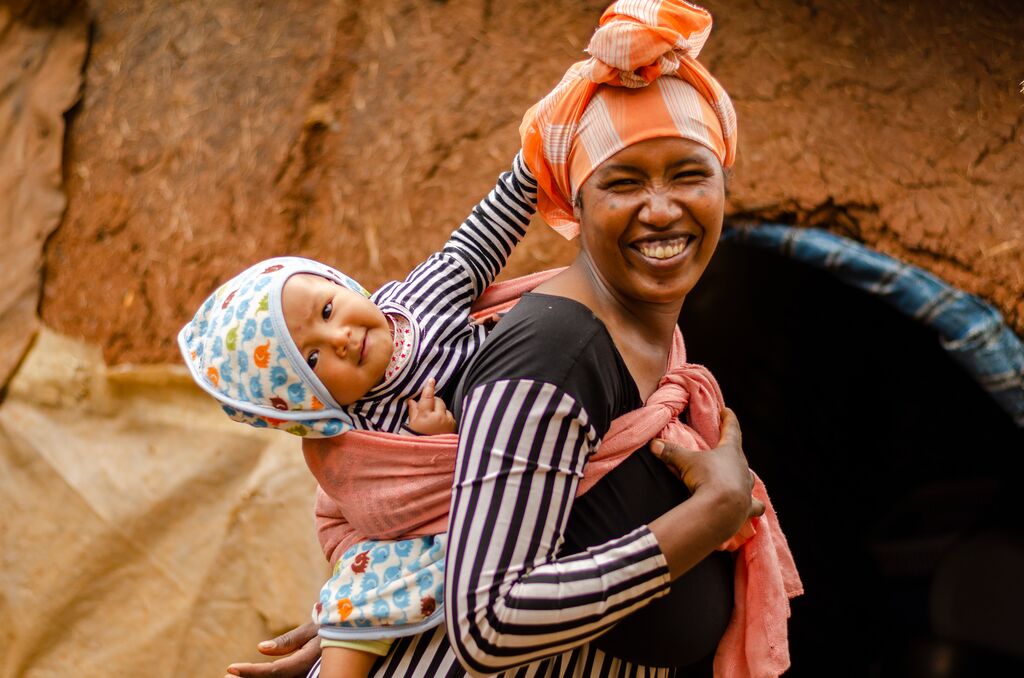 To provide a sustainable solution, Compassion staff started an initiative that would allow families to grow their own vegetables and sell them for profit.

“I have always believed in working my way out of struggles. Now that I have my child, I wanted to go back to work and support my family. However, the pandemic made it hard for me to find work. So, I was excited to hear the proposal of the project staff to start a small vegetable business so I can earn a living and feed my children,” says Hanna.

Hanna quickly set up her vegetable stand with the seed money the program provided for her. Every other day she carries her baby on her back and takes a bus to a vegetable market to sell garlic and potatoes. Her only break is when she goes back home to check on her boys, give them lunch and feed her baby boy. 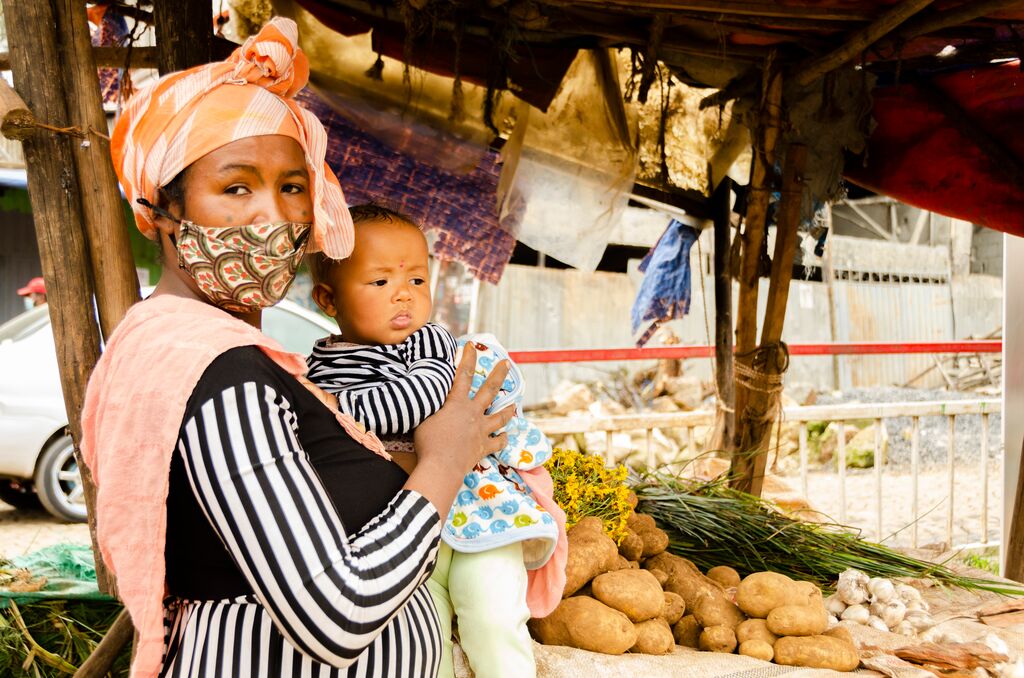 Since Hanna joined the Survival program through Compassion’s local church partner, her boys have not cried for food. Not only has she delivered a healthy child, but her mindset has also completely changed.

“I feel confident when I go back home at the end of the day with food items for my children. A lot has changed in my life ever since I stepped into the church at that desperate time,” she says. 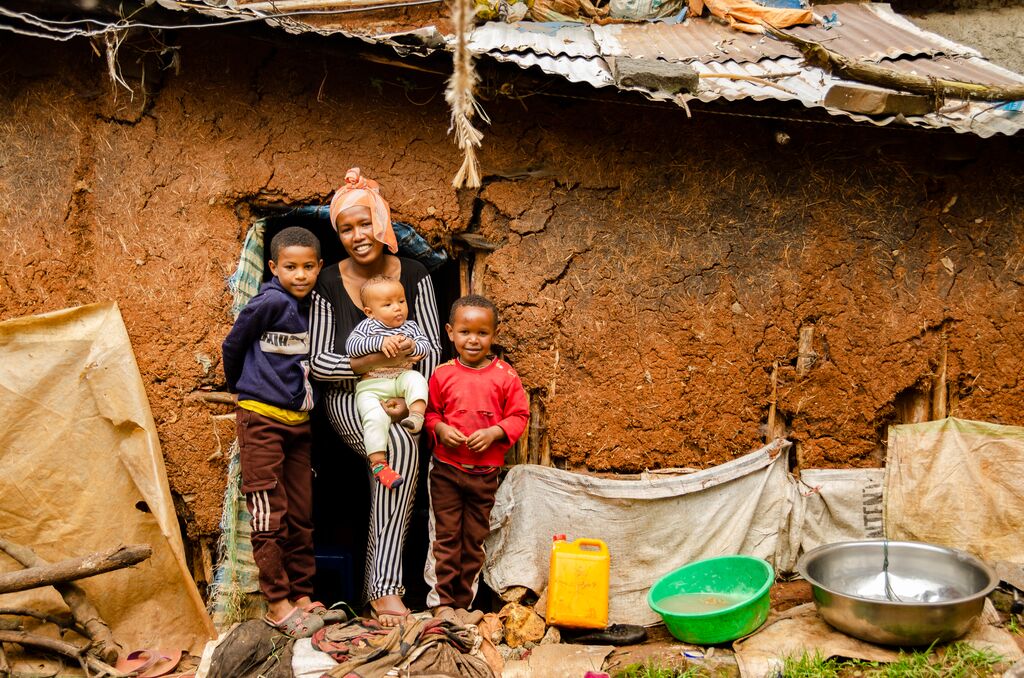 “I’m very hopeful about the future. I want to work hard and expand my business. It is not just seed money the church gave me, but also encouragement and training. They believe in me. I owe my children’s happiness and health to the church who rescued us.”

This Christmas, you can provide hope for the future for single moms like Hanna, who are pregnant and alone.