From a young age, Elza saw things no little girl should have to see. Her father was an alcoholic, and there was often violence at home. She heard constant fighting between her parents and her older siblings had too many problems of their own to look after her. Elza became shy, lonely and scared of everyone. But she says her sponsors’ letters showed her God’s love in her life. 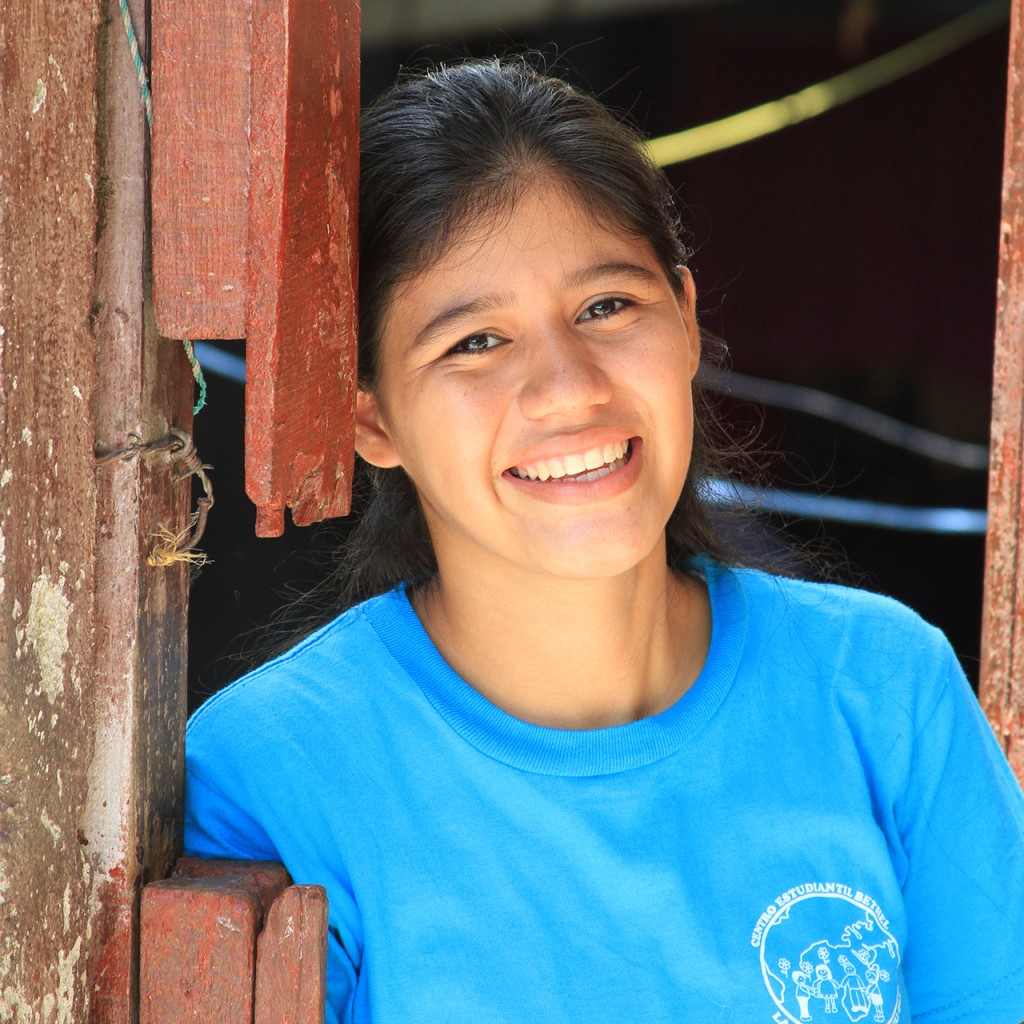 Elza is from a small town in eastern Guatemala, in an area known as the “dry corridor.” The region has been constantly battered by droughts, leaving it deeply impoverished. Elza and her family led a simple life. Her mom stayed to take care of seven children. Her father worked, but most of his earnings went to beer and rum.

“My siblings and I always had to take care of our father because he would get drunk and do reckless things and he would get violent,” says Elza. Her older siblings found jobs so the family wouldn’t starve.

Elza’s only friend was her cousin Sara. When her cousin was registered at the Compassion centre at a local church, Elza wanted to be registered so badly. “From the outside of the church, you could see children playing and being happy and I longed for that happiness too,” she says. 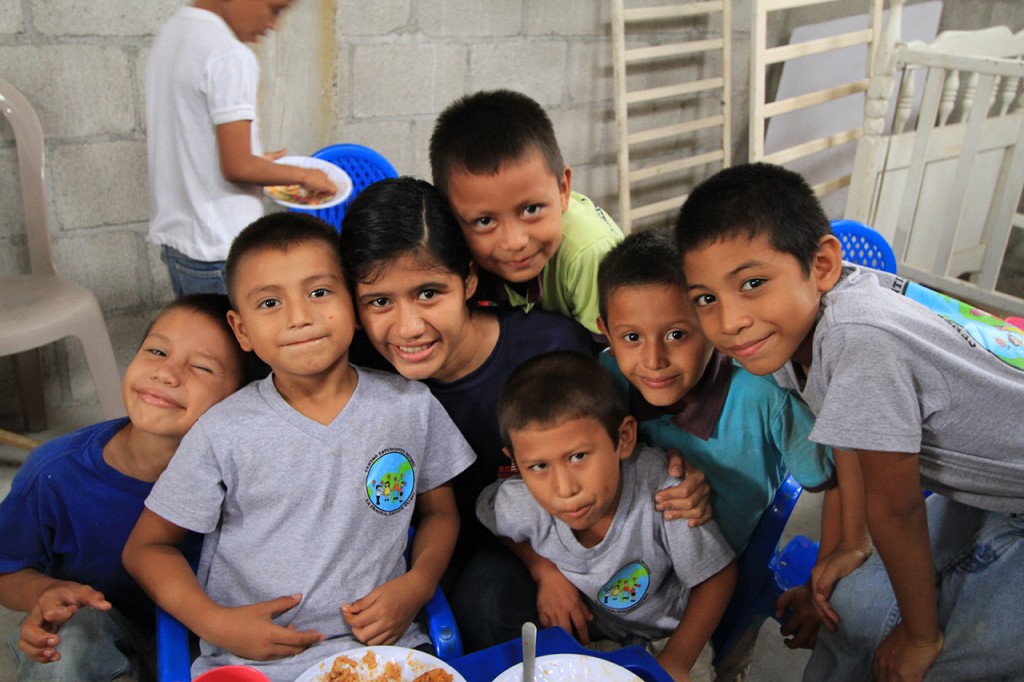 Elza’s mom didn’t want to take her to a church program, but Elza was persistent so her mom finally registered her. The first thing Elza noticed when she started to attend the child development centre was that the people there were different. No one was screaming at each other and she did not hear curse words like she did at home. Instead, people smiled and used loving words when they talked to her.

Elza says, “I felt the difference between my home and the child development centre. My tutors would treat me nicely and they constantly talked about Jesus and how much He loved me.”

Soon, Elza got a sponsor. “I only had two sponsors during my 13 years in Compassion. My first sponsor was an old sweet lady who used to talk about her daughter, her family and the places they visited in Canada,” Elza says. “But when I was nine years old, I received a letter announcing that my sponsor had passed away. I was deeply saddened by the news about my sponsor. She was someone I could talk to.” 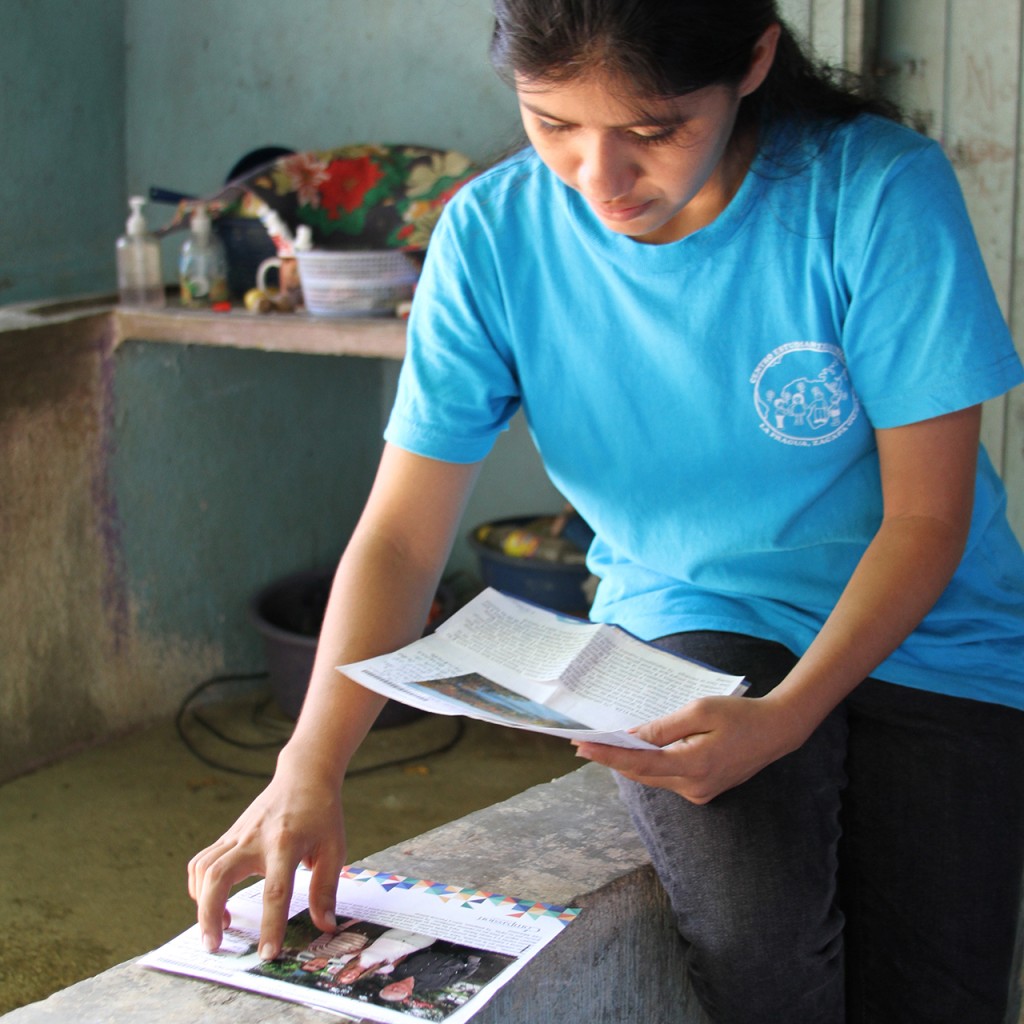 But only a few months passed before she received a letter from her new sponsors, John and Patricia Gilmar from Woodstock, Ontario. Much to her surprise, Patricia was her former sponsor’s daughter.

“When she told me that her mother used to be my sponsor, I was ecstatic! It felt like I knew them already,” says Elza. “The same family who welcomed me once was welcoming me again and I remember thinking, ‘They must really want me to be a part of their family.’”

Every couple of months, Elza would get a letter, stickers, pictures or bookmarks. But her favourite part was reading the sweet and loving words that came from her sponsors. “I felt cared for by my sponsors. Patricia and her family always told me things like ‘Jesus loves you, Elza, and so do we’ or ‘The Lord will always be with you.’” 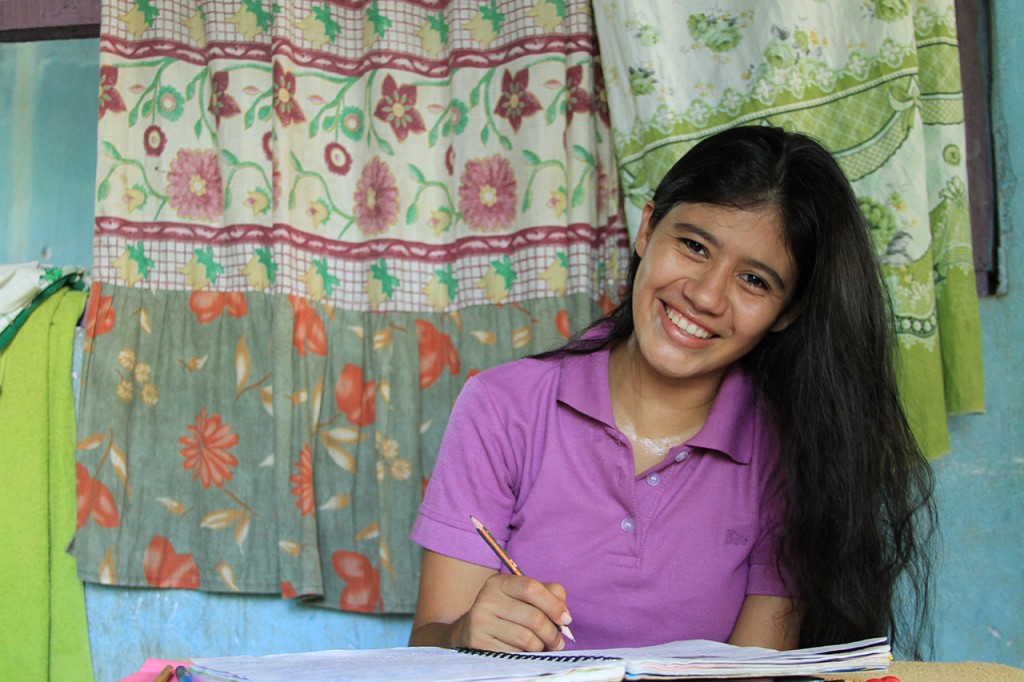 As the years passed, the children who never received letters would gather around Elza and ask her to read them the letters her sponsors sent. Elza was more than happy to share the happiness she received from her sponsors with other children.

Her sponsor’s words were a solace for her when her family walked through a dark time. First, Elza’s oldest brother died at work while operating a truck. Two years later, Elza’s only grandmother passed away from pneumonia, and a year after that, her father was hit by a car when he was trying to cross the road drunk. He died in front of their house.

During those heartbreaking years, Elza constantly wrote and asked her sponsors to pray for her family. “When I told them about my brother, my grandmother and my father, my sponsors quickly wrote me back saying that the Lord was always with me, even if it was a hard time for me. Jesus would never leave me and God would give me the strength I needed to carry on.” 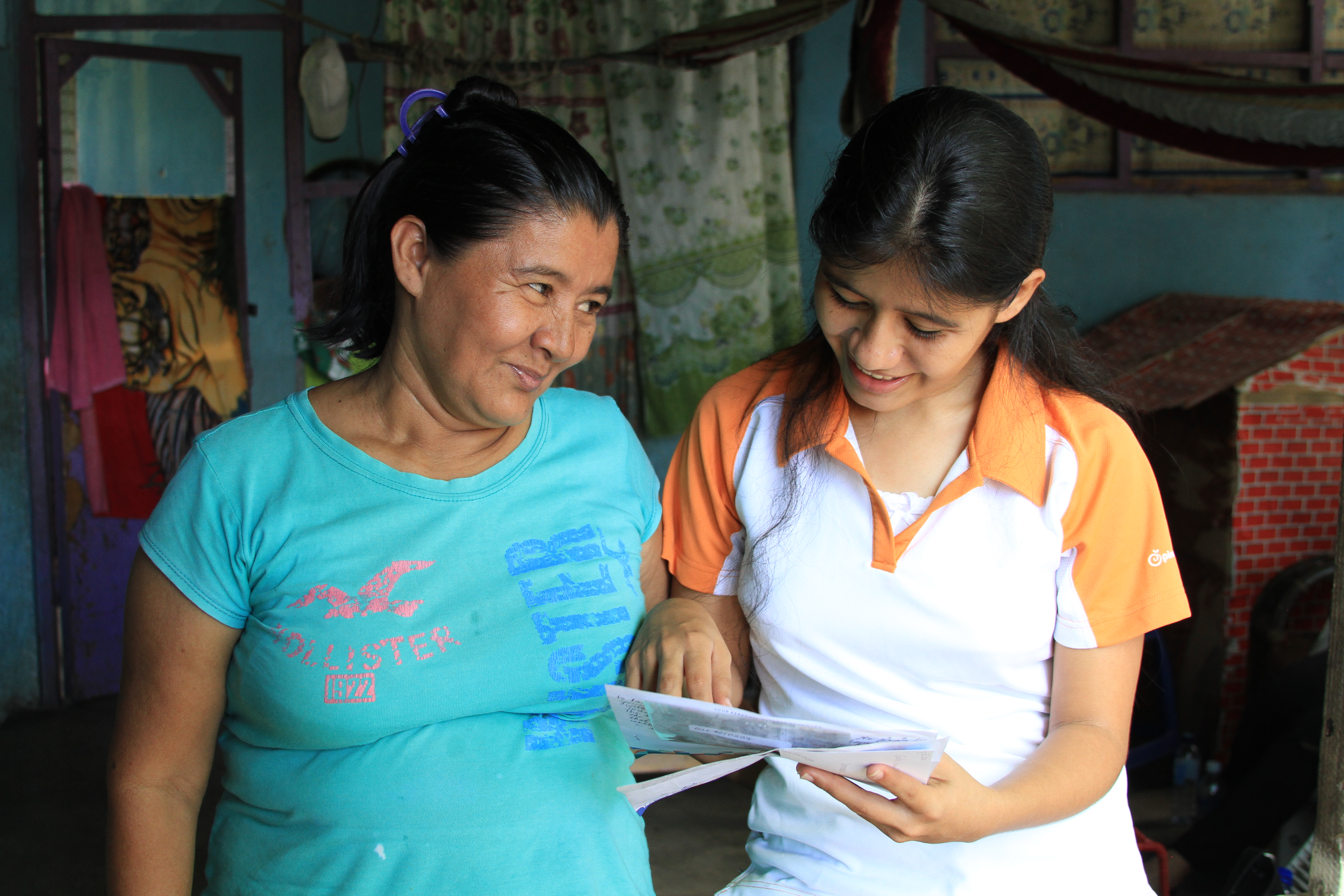 Whenever she was feeling down, Elza would reread the letters and hold on to the words she was reading. “My sponsors’ words became my shelter,” she says. “Because my mother never learned how to read or write, when we were both feeling down, I read my sponsors’ letters out loud so she and I could both be comforted by their loving words.”

Marta, Elza’s mother, was always grateful for the loving words that her daughter’s sponsors wrote. “If I had them standing in front of me, I would thank them and I would pray that God blesses them with many years of life. It amazes me that a sponsor may not be wealthy, but they are still willing to help others in great need like my Elza,” Marta says. 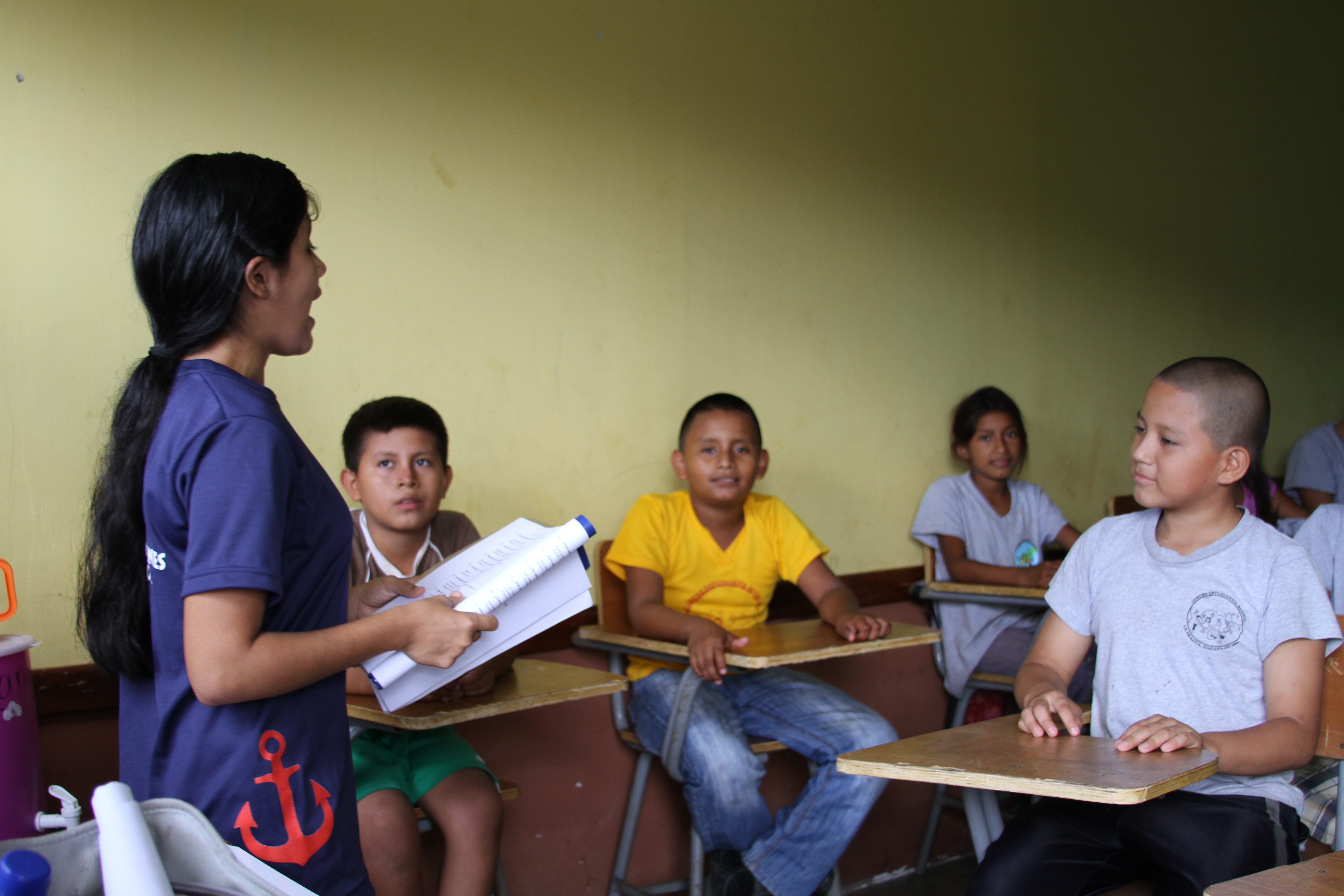 When Elza was 17 years old, she got the opportunity to become a tutor at the Compassion centre. She was in charge of the 6-year-old children for two months. “I was really nervous at first, but I wanted to share with those little kids the things I learned from my sponsors. I wanted them to know that no matter what they are going through, God’s love is with them and He will never leave them,” Elza says

Elza’s sponsors planted a seed in her heart that is now producing good fruit and helping other children realize that God will never leave them and that His love will be with them always.