Growing up isn’t always easy. But some girls around the world face challenges many of us can’t even imagine. 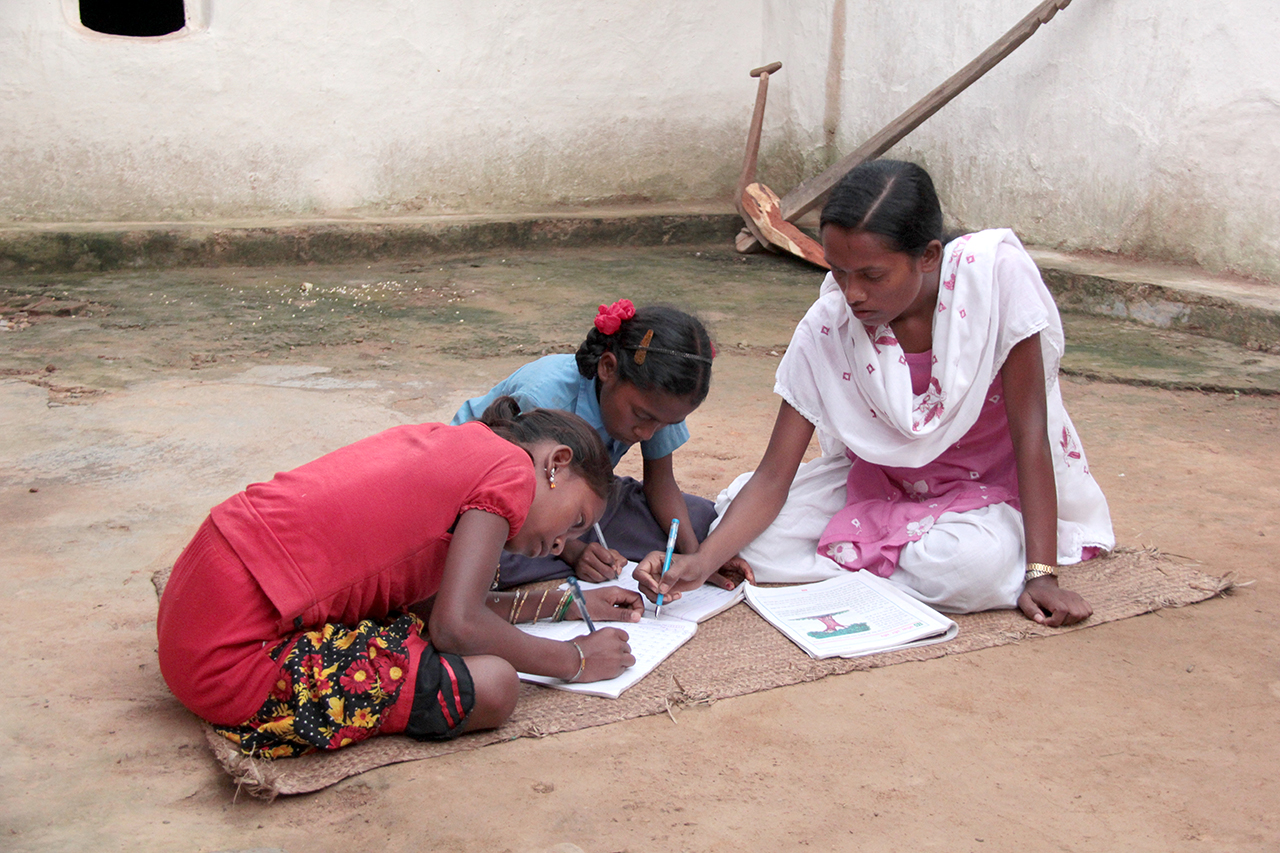 Sampatya arrived home from her Compassion centre in Bihar, India one afternoon when she overheard her parents talking about her. Listening in, she realized with horror that they had arranged for her to marry a man from their community. She was just 14 years old. Sampatya was doing well in school and hoped to go on to university—something her parents couldn’t afford to allow, as girls with an education have a higher dowry than those without.

Lalitha was 18 years old when she discovered her parents had arranged her marriage to an uncle. In her rural community in India it was common to marry as a teenager, often to a member of the family, as the dowry price was more affordable. Many of her peers were already married and had started families. Lalitha’s father, a railway porter who spent most of his meagre income on alcohol, didn’t want to provide for Lalitha any longer. 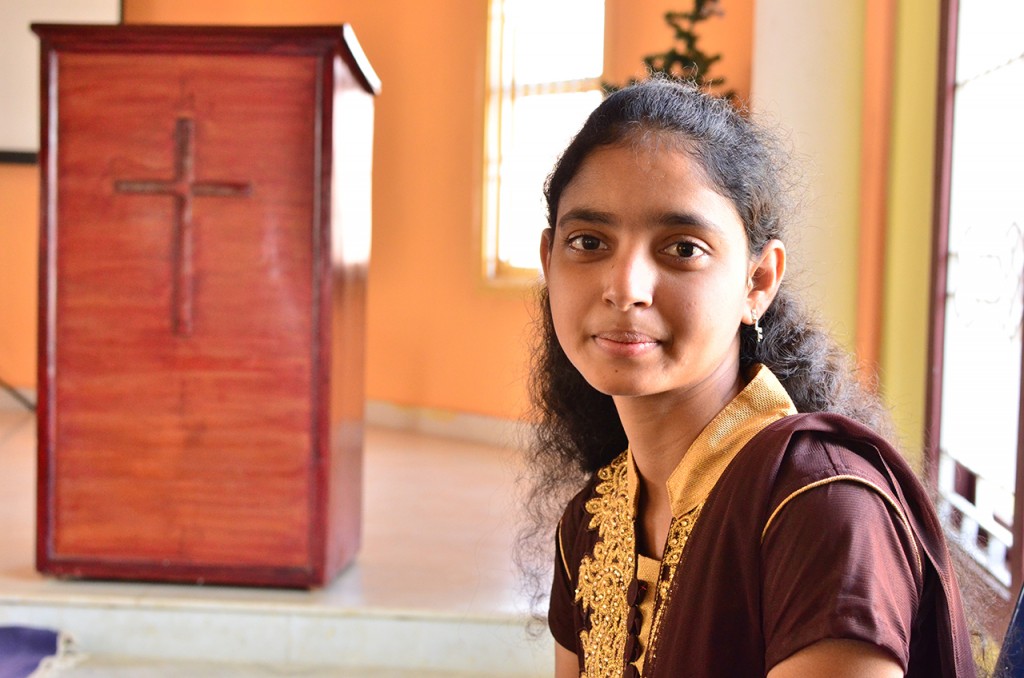 Worldwide, more than 700 million women alive today were married as children—and nearly one third of these girls were married before the age of 15. About 40 per cent of all child marriages occur in India. In recent years, the number of girls in India marrying before age 15 has decreased slightly, but marriages between ages 15 and 18 are increasing subsequently.

Cultural traditions play a major role in child marriage. Although child marriage is illegal in India, it’s still a common practice and there are rarely consequences for those involved, especially in remote villages where underage marriage is supported by the community and not reported. Some girls are married as young as six or seven years old, but are not sent to live with their husbands until they are teenagers. Once they’re married, they are usually taken out of school to learn to keep a home.

Poverty also plays a role: parents who can’t provide for their children marry their daughters off young to relieve themselves of the financial stress and to head off an ever-increasing dowry. Dowry prices can increase with the age of the bride and her level of education, so girls are often denied education and their marriages are arranged before they hit puberty. Although dowries have been illegal in India since 1961, they are still widely practiced.

Child marriage doesn’t just rob girls of an education. Many girls become pregnant within the first year of marriage, while their bodies are still developing. Teenagers are more likely to die from complications during pregnancy than women over 19 years old and their infants are 60 per cent more likely to be stillborn or die in their first year of life. In India, nearly nine times more babies die before their first birthday than in Canada. More than 16 times more moms die during childbirth.

The statistics are grim—but Compassion’s church partners in India are working hard to change them. 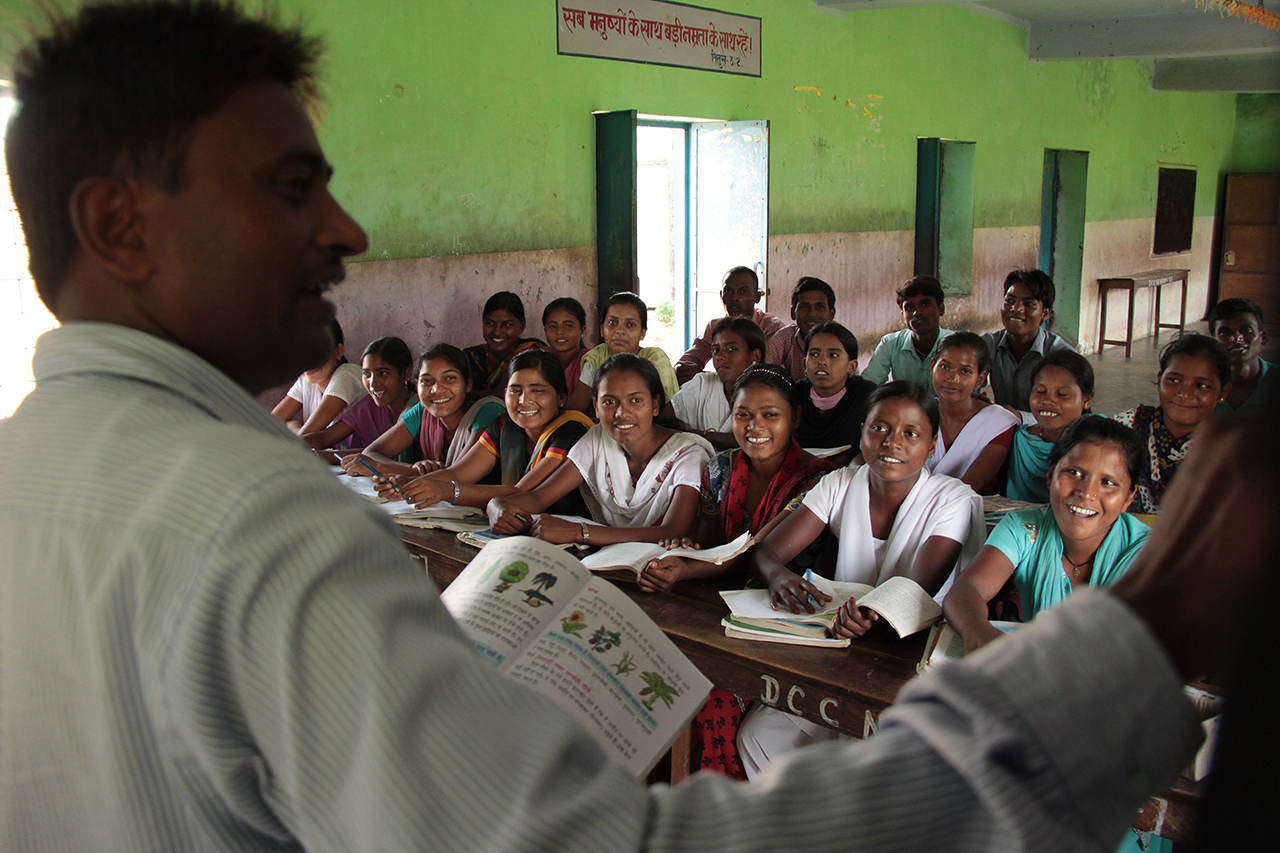 At Compassion centres across India, young girls like Sampatya and Lalitha are discovering their value as children of God and as young women. Teachers and tutors are teaching these girls the importance of education in providing opportunities and ending the cycle of poverty. They are learning about healthy relationships as well as personal health and development. 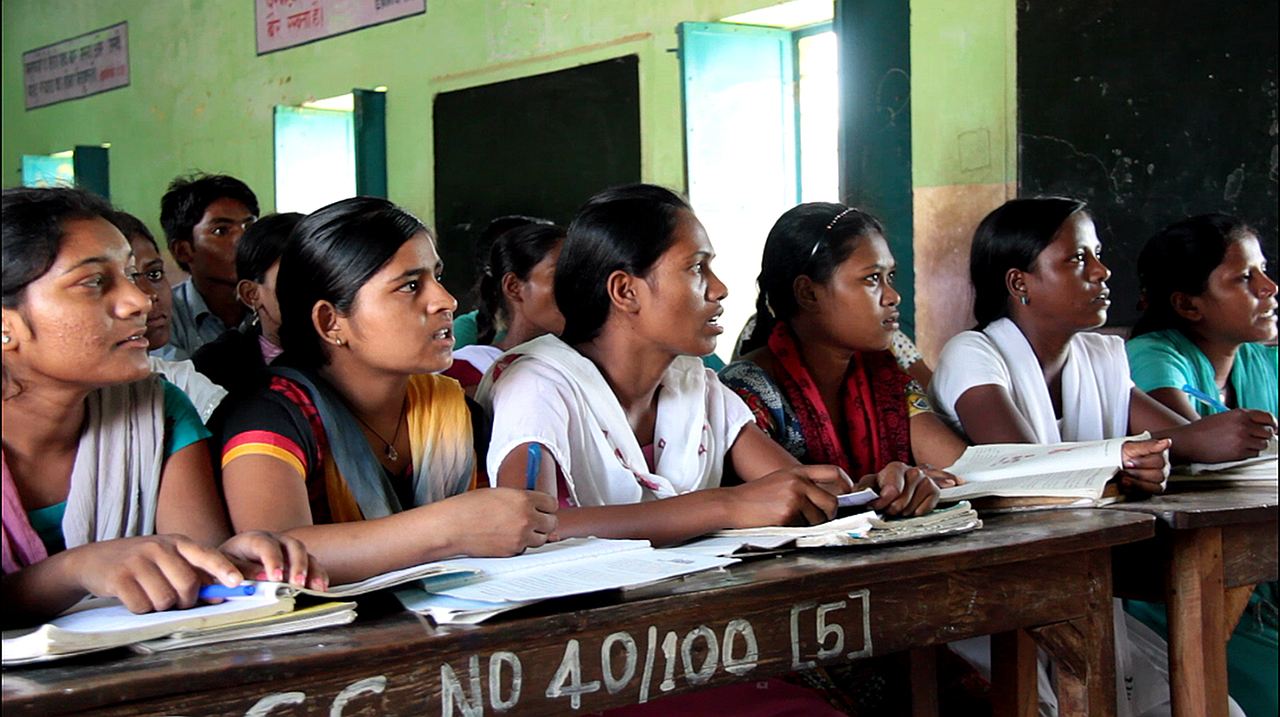 These lessons aren’t just for the girls. Boys are also being taught God’s design for relationships and to respect and value girls. Unraveling years of culturally ingrained beliefs isn’t easy, but through consistent teaching and living what they teach, the tutors at these centres are seeing children recognize and stand up for their rights.

The morning after she overheard her parents, Sampatya confronted them. They were angry that she would stand up to them, but despite her fear, she immediately told her tutor, Reena, what was happening. Reena spoke with her parents, who refused to listen. But Sam, the centre coordinator, was determined to rescue Sampatya. “We had lost more than 20 girls who were secretly married off by their parents, so we had to save Sampatya,” he says. “We spent hours talking to her parents about her future and that she had a dream that would be backed by our centre.” 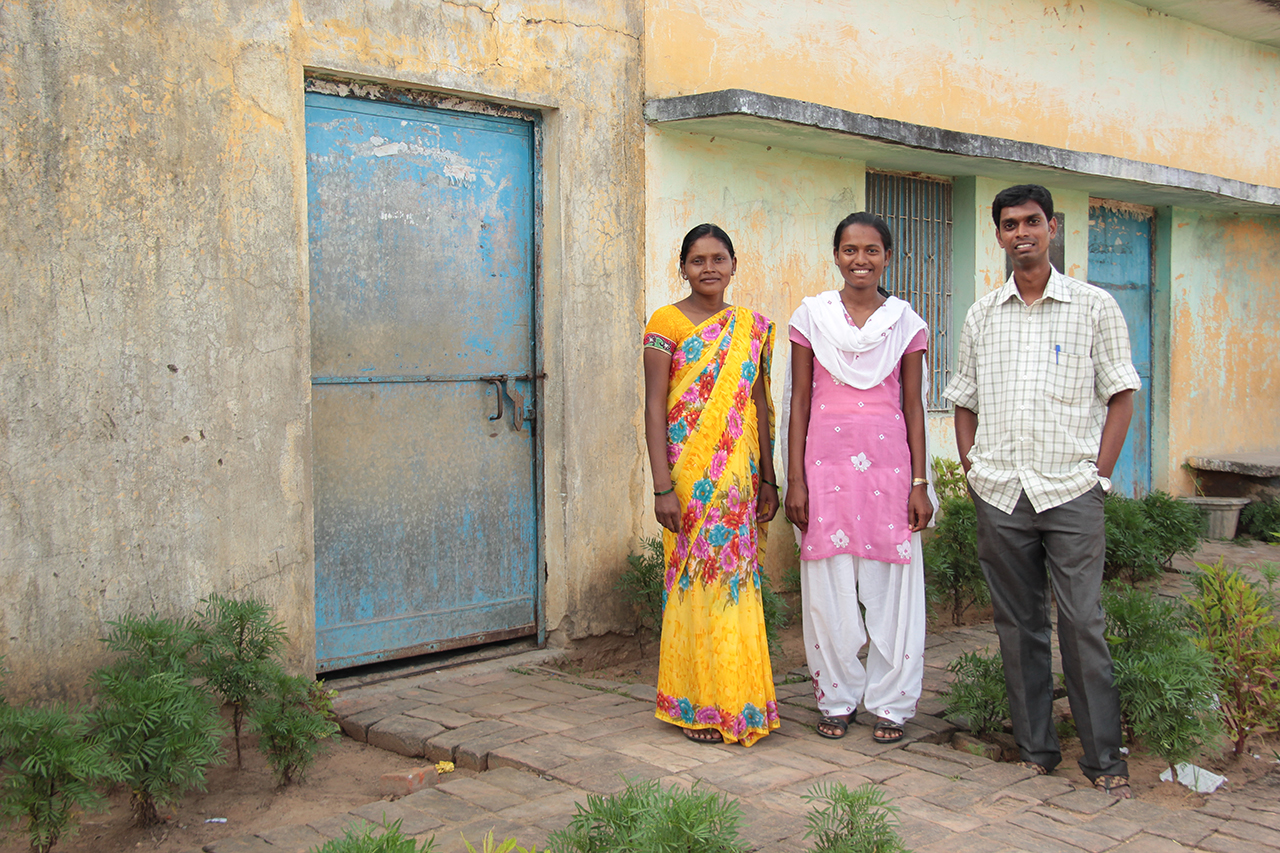 Sampatya with Reena (left) and Sam.

Eventually, Sampatya’s parents grudgingly agreed to call off her marriage, but her home life became very difficult. “My parents would not talk to me properly and would not cook for me. Although I lived with my parents under one roof, they treated me like a stranger and kept their distance from me, which was heartbreaking,” she says. Despite these difficulties, Sampatya continued to excel in school and regularly attend her Compassion centre, where the staff and tutors always supported her.

When Lalitha refused to be married to her uncle, her father was furious. He brought her before the city council to try and force the issue, but Lalitha’s Compassion tutor, Ravi, stood with her and argued on her behalf. Many community members were angry with him for defying tradition, but Ravi wouldn’t step down. “I couldn’t stop myself. I feel responsible for her,” he says. “That thought kept me going despite all the bad names I was given in the community.” 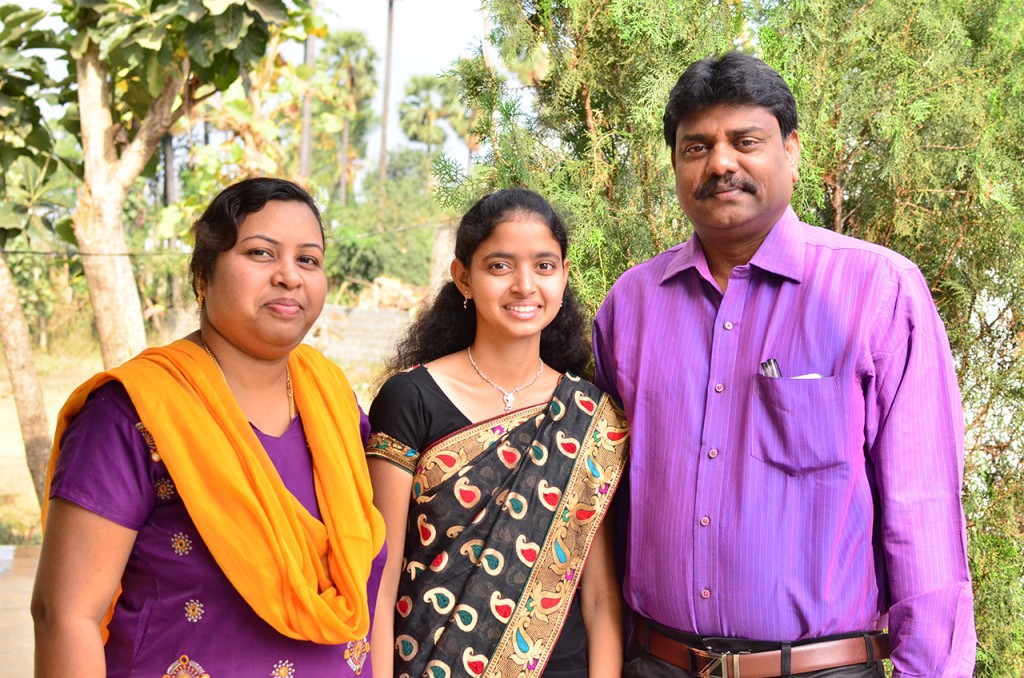 Lalitha and her Compassion centre tutors Sunitha (left) and Ravi.

Lalitha’s parents finally relented, but Lalitha’s relationship with them has been strained ever since. Despite the stress at home, Lalitha doesn’t regret her decision. Her courage to take a stand inspired her younger sister, Manga, to refuse an early marriage, too. “I had helped [my sister] become a strong individual,” she says. “She is now continuing her education.” 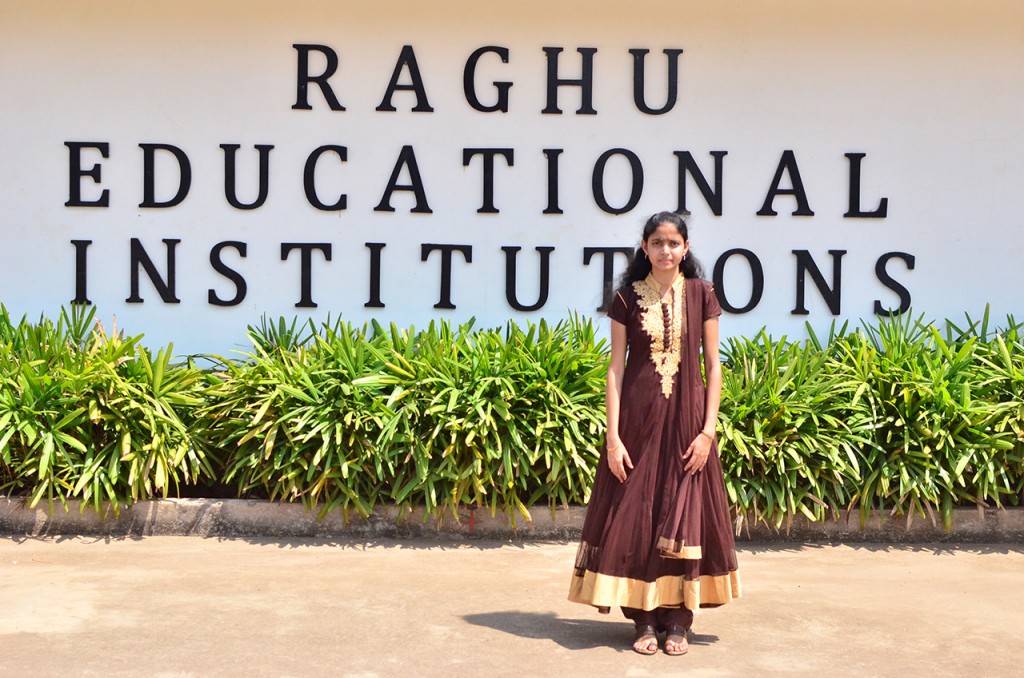 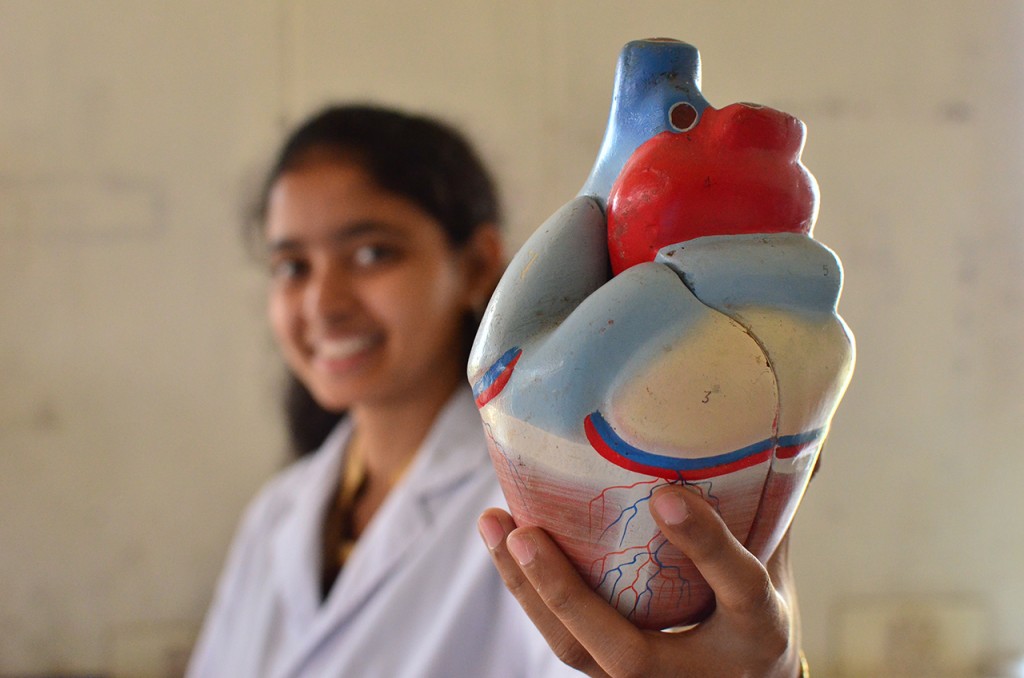 Lalitha is continuing her own education as well, studying pharmacy at one of the top colleges in her area. She intends to work at the community hospital once she finishes school. Sampatya, now 16 years old, is majoring in humanity studies and plans to work with marginalized children, educating them about their rights and advocating for them so they can speak out against injustice, too. 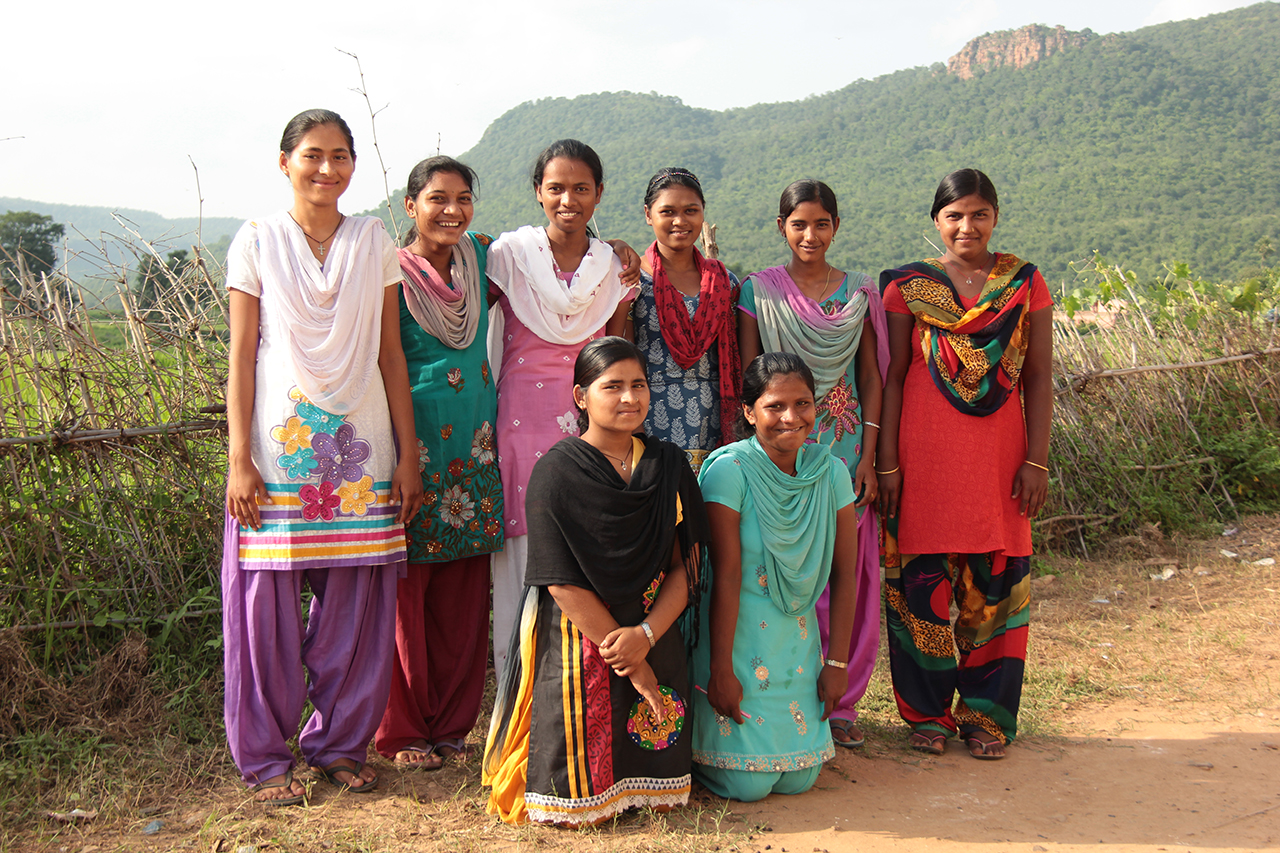 Sampatya (in pink and white) and a few classmates from her Compassion centre.

Lalitha and Sampatya could have become two more statistics. But with the ongoing support of their Compassion centre and the strength of a loving God, these girls have become role models for their peers as they pursue the plans God has for them.

Join us in praying for these Compassion staff and tutors who work every day to bring change in their communities and in the hearts of the children and families they serve.

All statistics are from UNICEF.

One Small Act: a Christmas cartoon