First baseman for the LA Angels, Albert Pujols, is no stranger to poverty.

Growing up in Santo Domingo, a city marred by drugs and gang violence, Albert was raised by his grandmother, his aunts and his uncles after his parents divorced and his father fell into alcoholism.

“I don’t want people to remember me as a baseball player. What I do off the field is more important than what I do on it.”

For his family, each day was a struggle to put food on the table. But even without much, Albert harboured a heart full of passion and a mind full of dreams—baseball-centric dreams. For him, an unripe lime was a perfectly fine baseball and a milk carton, an adequate catcher’s mitt. 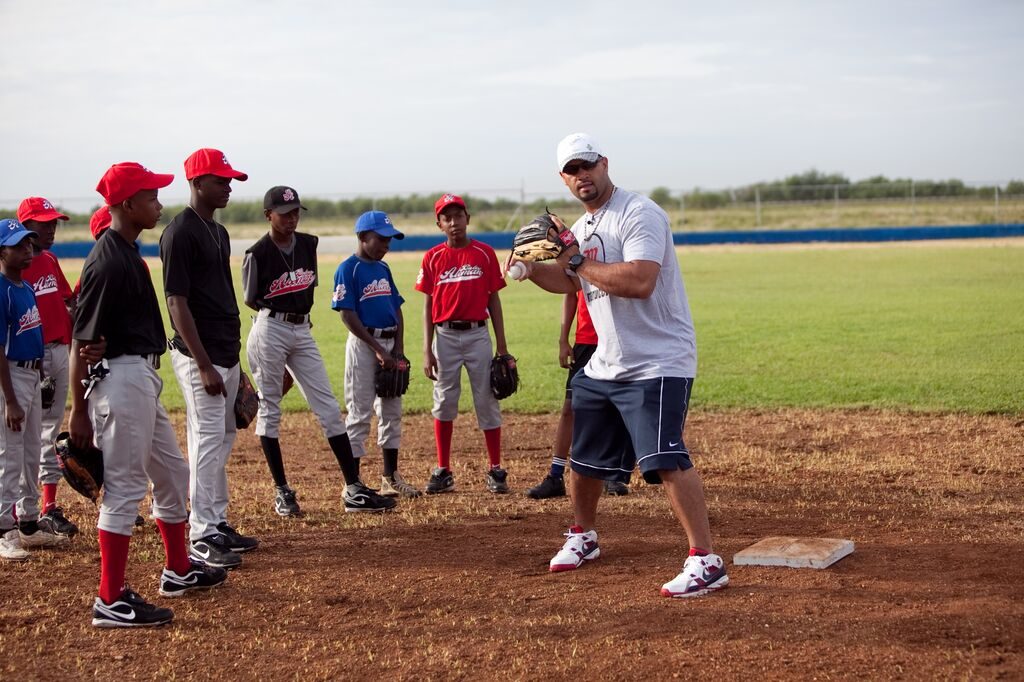 But though he has risen up the ranks quickly over his years of playing professionally, baseball is not his priority.

“I don’t want people to remember me as a baseball player,” he says. “What I do off the field is more important than what I do on it.”

Every year, Albert Pujols and his wife, Deidre, journey from their home in Los Angeles to Albert’s home of the Dominican Republic. Little by little, they have set out to serve families in poverty and to make the country a better place each time they visit.

“God delivered me from that place [of poverty], and my job is now to help others,” Albert says. “It is my responsibility — what God has called me to do. I know how tough it is, to grow up in poverty. These families literally have nothing.”

When Albert and Deidre serve, there are often no cameras and no reporters. Just the two of them, willing to do whatever is needed. 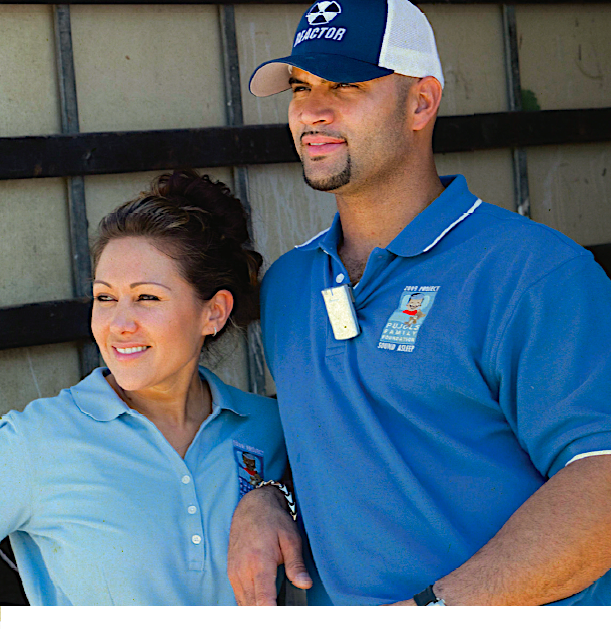 “They have genuine hearts, and their love for the children is outstanding,” says Bernard Okeke, who works for Compassion in the Dominican Republic. “Albert is not looking for publicity, and he does not just stand there and watch. He gets involved.”

Since 2001, the Pujols family has been heartily investing in Compassion Dominican Republic. To date, the couple has sponsored multiple children, fully funded a Survival Program and helped fund medical care at multiple Compassion centres across the country.

“They come to our bateys [neighborhoods] with teams of dentists, eye doctors and medical doctors, and they help everyone, Compassion or not,” says Bernard. “Today many of our children have eyeglasses and healthy teeth, thanks to the Pujols… We will ever remain grateful to our Lord for the Pujols family and their foundation.”

A platform used for greater good

Albert has also had the chance to share the love of his sport with other young dreamers in the Dominican Republic. Through the Pujols Family Foundation, Albert has provided aspiring baseball players with uniforms, baseballs, bats and mitts and their very own baseball diamond to practice in. 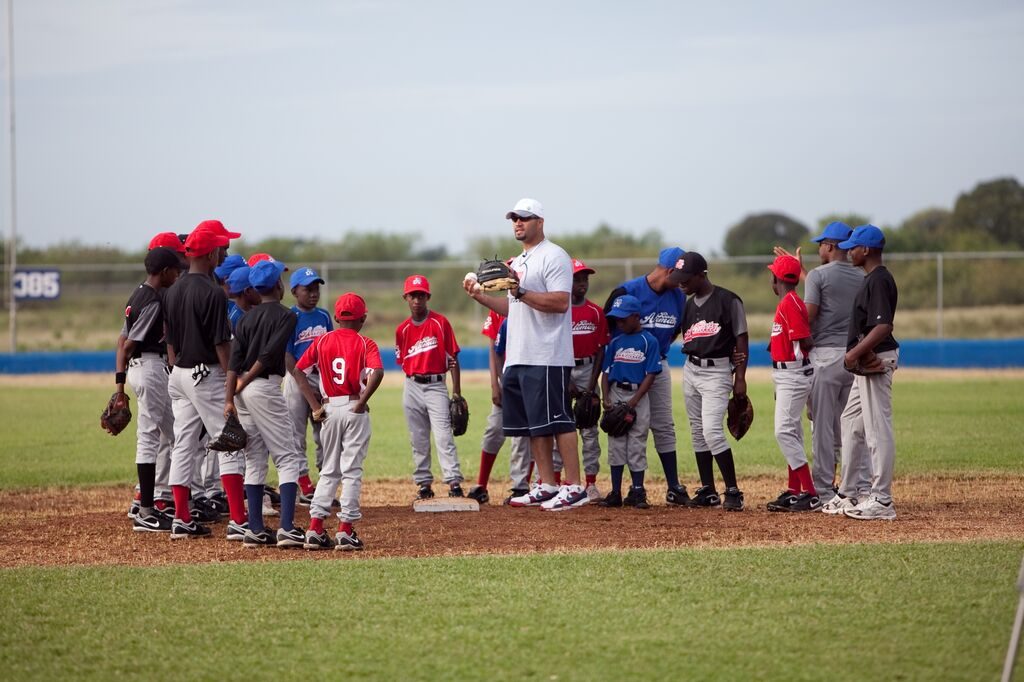 He has facilitated local baseball days, playing alongside and providing pointers to young players dreaming to play in the big leagues.

As the Pujols family continues their mandate to serve whoever they can, however they can, their mission stays the same: to honour God and strengthen families through their work, their deeds and their example. 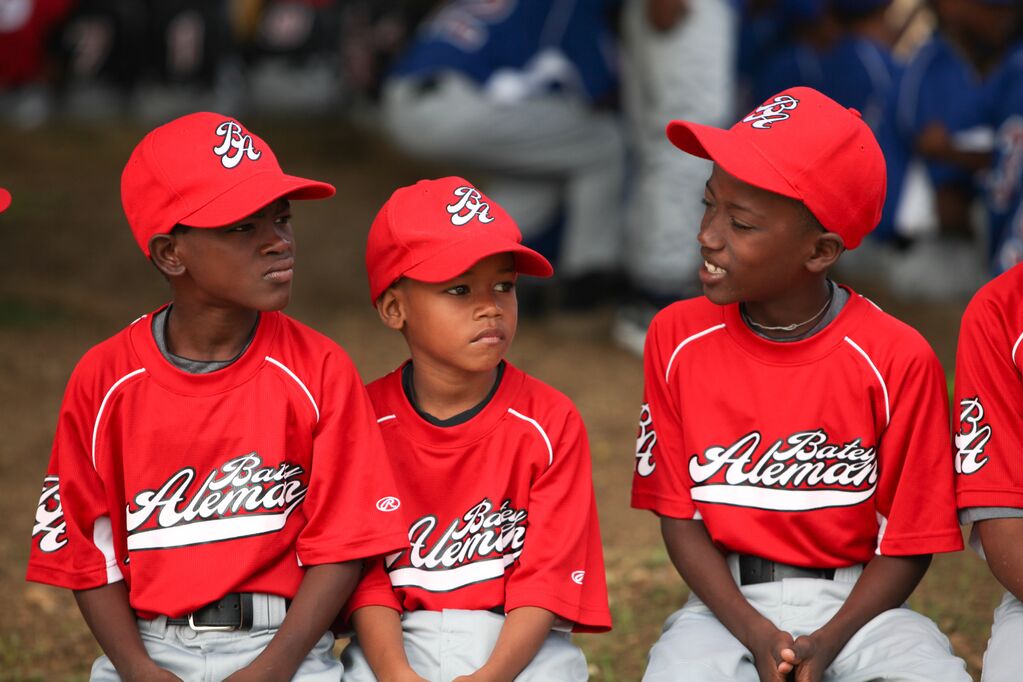 Today, Albert and his wife continue to use their influence for all sorts of good in the world.

Between the two of them, they are the founders of three charity organizations: the Pujols Family Foundation, Strike out Slavery and Open Gate International. Albert is an advocate for Compassion International and International Justice Mission. They are the parents of 5 beautiful children. And inspired by the grace of God, they are a blessing to Albert’s teammates, and to communities around the world.

Meet some of Compassion’s little baseball players following in the footsteps of Albert!

How Compassion volunteers across Canada live out their passion for Jesus, kids and the Church

One year later: How COVID-19 changed us forever