Sara is a smiley nine-year-old. She enjoys playing hide-and-seek with her friends and likes Bible class at church.

She also loves to write. 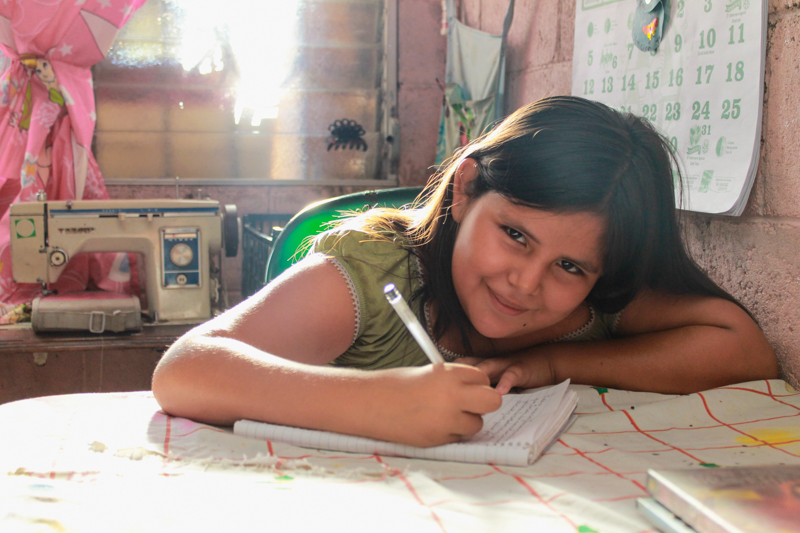 Sara was the winner of the “Tell a Story” contest, which was held by Compassion El Salvador and supported by nationally-renowned writers who served as evaluators of the children’s stories. She received an award from Compassion’s local authorities and also a supermarket gift card for $300. 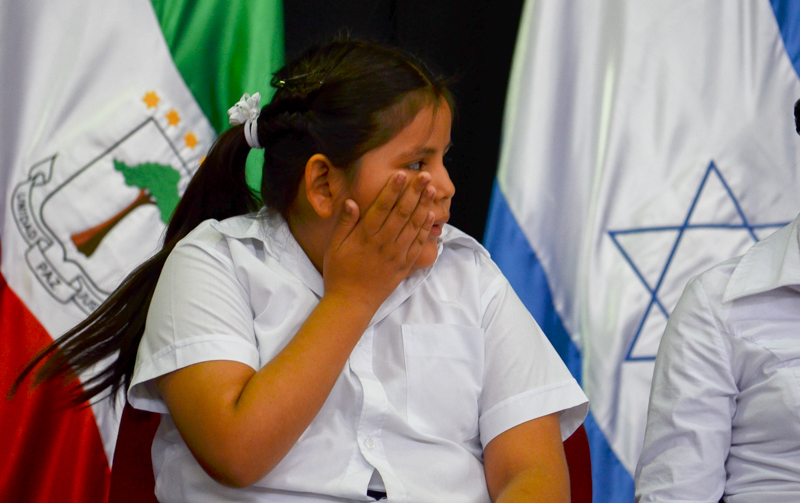 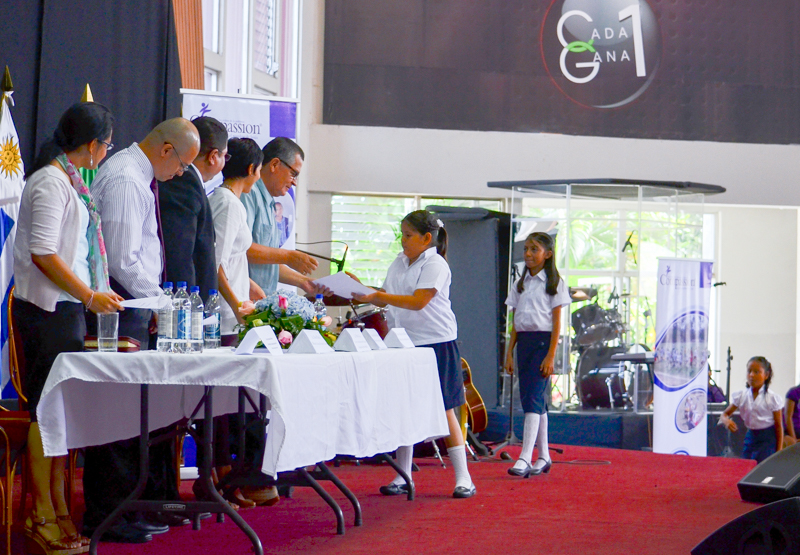 She tells the story of a possum named Tacua and how he tried to deceive Pepe the rooster to come out of the coop so that Tacua could eat him. At the end, Sara explains how children must be clever to identify the dangers of any “Tacua” that wants to give them bad advice or to harm them.

This advice makes a lot of sense in Sara’s community. Apopa is well known for gang activity. Children Sara’s age are their main targets—gang members use these children as informants and to collect extortion money from small businesses. Children accept the job because they receive payment for their tasks. But they also become targets for police or rival gangs.

Getting involved in church activities is a safe avenue for many kids, as the gangs usually show respect for children and teenagers who are committed to serving at their church. 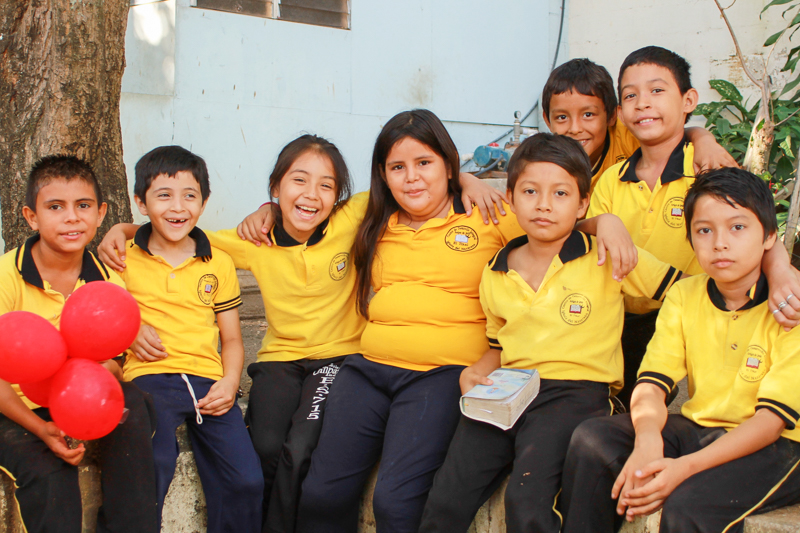 Teresa Martinez, the Project Director of Sara’s development centre, says Sara’s story has greatly benefitted her family. Her father, Juan, is the main supporter of the family; he works doing anything he can but mainly sells vegetables in the streets. 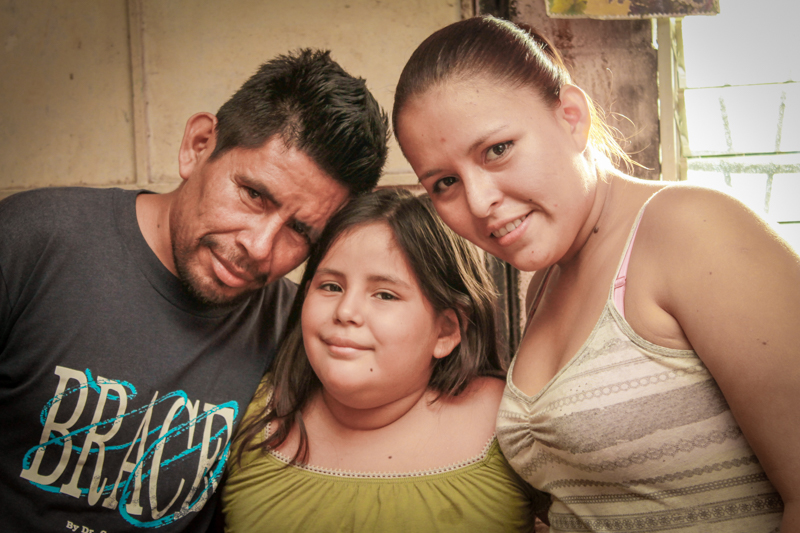 But her talent has also impacted her peers and her community. “We already talked to her and asked her to write some more stories to tell the children at the child development centre and at church,” says Teresa. “This is to motivate Sara to keep developing her talent.”

Sara now knows that through her stories, she can impact her community, her classmates, and fulfill the plan that God has for her—all while doing something she enjoys. 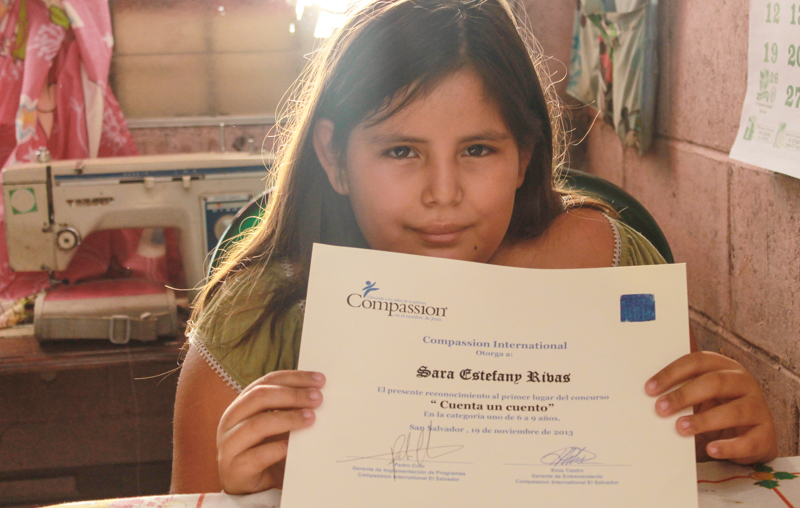 Once upon a time, there were three little brothers who had as pets two hens and a rooster called Pepe. Pepe killed and ate any animal that dared to get into the chicken coop.

One day, Pepe ate a Cherenqueque (small lizard). He looked funny as he swallowed it, and it seemed as if he was laughing as he stretched out his neck. He had an expression of victory and glee.

Grandma told the children: “From now on you will see Pepe very happy and smiling, because the effect of the poison of the Cherenqueque is that it provokes any person or animal to die with laughter.”

The brothers got very sad and thought Pepe would die due to lots of laughs, but to their surprise, Pepe became very clever, in addition to beaming, being happy and singing.

One day, something happened that left the three brothers and the grandma open-mouthed. A big opossum with a big snout and tail appeared on a guava tree, which was next to the chicken coop; the three brothers ran and grabbed a broomstick. The youngest one took a knife to protect their hens.

But they were stunned as they listened to Tacua (the opossum´s name) saying to Pepe:

Tacua: Pepe, have you heard of the new law for animals?

Pepe: No, what is it about?

Tacua: The new law says that all animals should live in harmony and not hurt one another, so you can get out without any fear, as I will not be able to hurt you anymore. I must obey the new law.

Pepe: Are you sure about what you are saying and that I am not in danger? (Because Tacua had gone down the guava tree and come closer to Pepe)

Tacua: Of course! I am pretty sure, as in a hundred percent. I was just reading the law carefully, word by word. Come out. Do not be afraid and never fear.

Pepe: Well, if what you are saying is true, then you should not be afraid of “Yogi” and “Oso” as they approach to say hi. (Yogi and Oso were two mad dogs).

Tacua ran away – “legs run as fast as you can” – while Pepe shouted, “Explain the new law again, buddy Tacua.”

Message: “Buddy Tacua wanted to deceive Pepe to come out the chicken coop and make it easier for him to devour Pepe. However, Pepe was not deceived, as he was very, very clever. All children should be very clever as Pepe was and not let ourselves be tricked by any Tacua that wants to cause us any harm.”