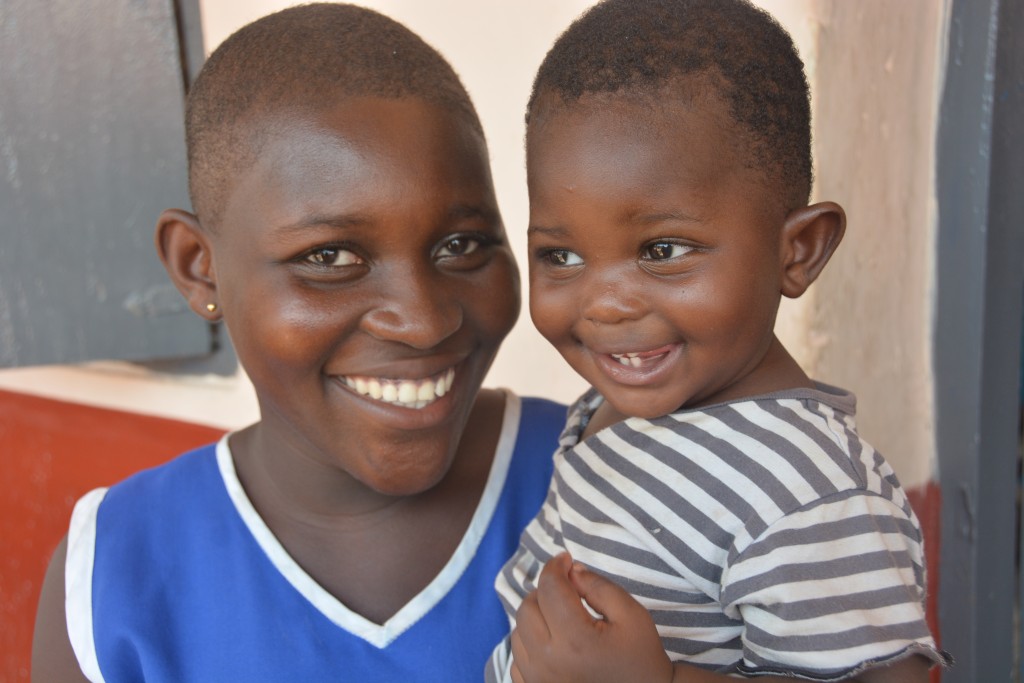 You might notice that many of the moms Compassion helps through the Child Survival Program are young. That’s because teenage mothers are some of the most in need around the world:

The Child Survival Program in Enyan Denkyira, Ghana, sees these situations every day. In this poor, rural town, parents aren’t able to send their teenage children to school after they complete their basic education. So boys start engaging in delinquent activities and the girls get pregnant young. Even after their first child, the girls continue to give themselves to men in desperation for food, so it’s common to find a 19-year-old girl who has three babies from three different men.

Some girls put their lives at risk by attempting to abort their pregnancies using crude methods or by drinking dangerous concoctions. Many of them die doing this. Some of those who give birth dump their babies and run away. A number of them stay with their babies but refuse to breastfeed or even handle their babies. Few of the mothers seek medical care for their babies or themselves due to superstitions and a lack of money and education.

Many of these teenage mothers don’t eat well and often can’t produce enough breast milk for their babies. Instead, they introduce adult food from a young age, leading to malnutrition. As the girls weren’t ready to be moms, many babies are unloved and neglected, and the moms have a low self- image that keeps them from trying to improve their situation. 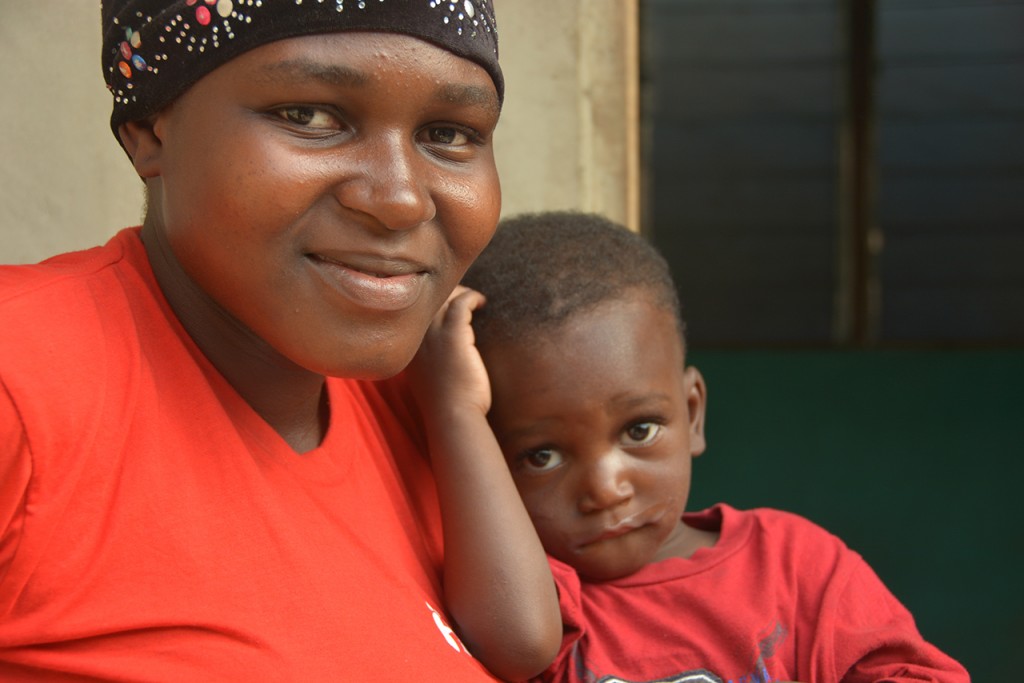 But thanks to the care of the Child Survival workers in Enyan Denkyira, the community is seeing a transformation in mothers and their babies. Counselling is helping mothers begin to nurture and love their babies. The bi-weekly meetings have given teen mothers a place of belonging where they don’t feel alone anymore. They are also learning ways to make money to provide for their children, such as bread and soap making. Many of them are going back to school and are starting to actually dream for their futures again. 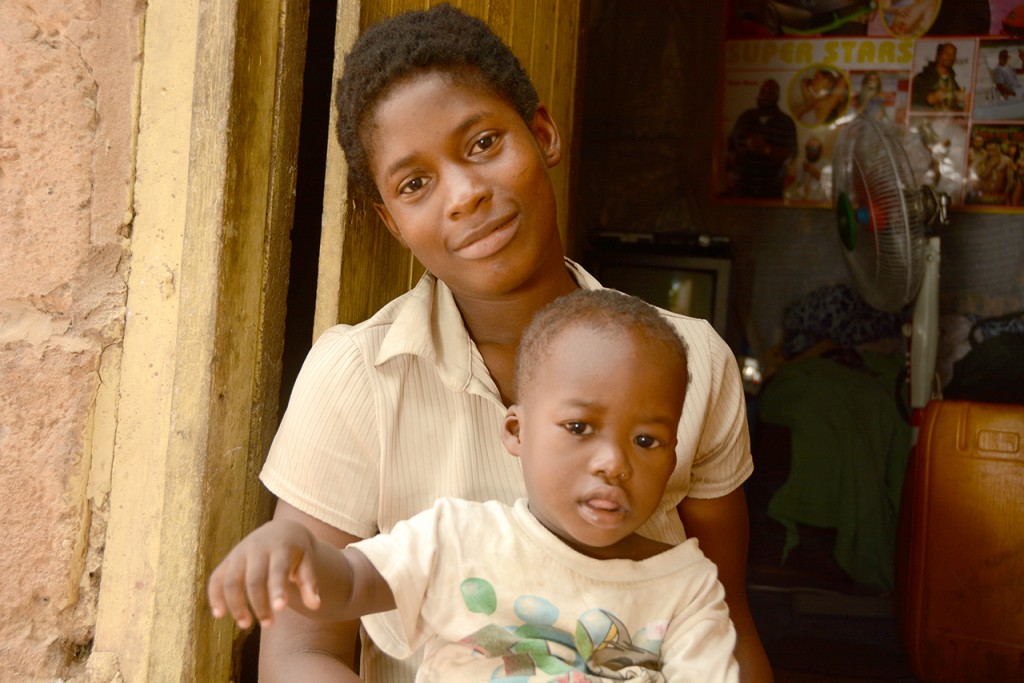 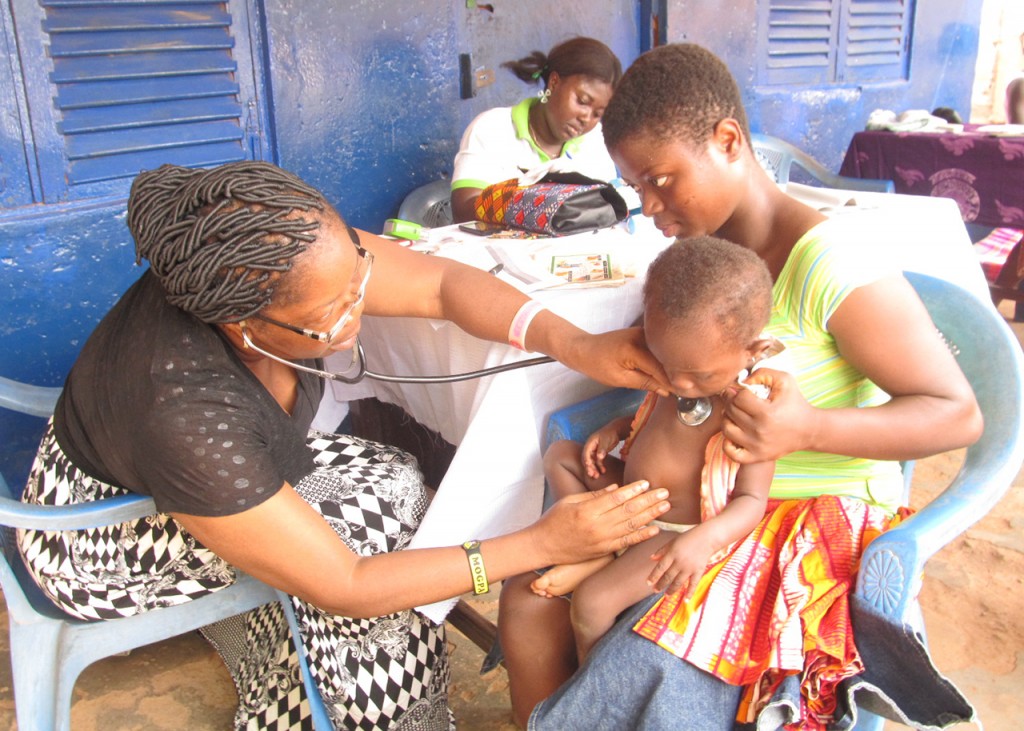 Lovintina Obeng is one of these mothers. She had completed junior high school and started learning a trade in dressmaking, but she abandoned her apprenticeship to follow a distant relative to the city who promised greener pastures. When she arrived, she discovered her relative’s promises were lies. She was mistreated by her relatives and would go hungry for days. Sometimes she had to sleep outside because they wouldn’t let her in. 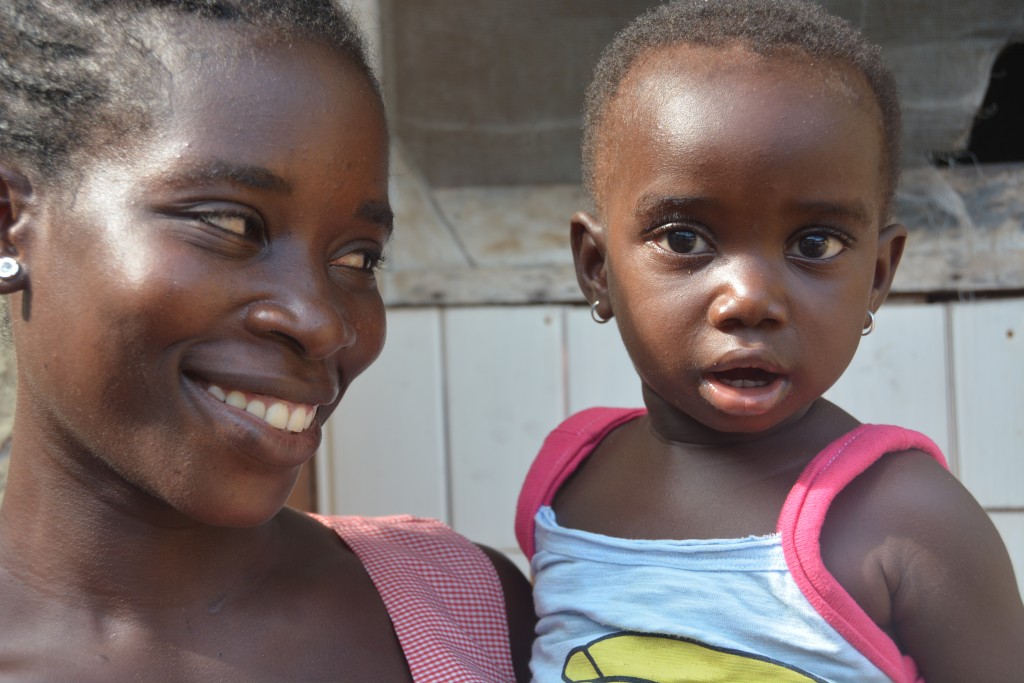 In her desperation, she met a young man from her hometown. He gave her food and shelter, and she became pregnant. But he detested the pregnancy, so he took her back to Enyan Denkyira and abandoned her.

Thankfully, the local church and the Child Survival Program were there to help Lovintina and her new baby through counselling, health care, parental education and spiritual support. Now her 19-month-old toddler, Dorcas, is weaned and Lovintina has decided to go back to her dressmaking apprenticeship. 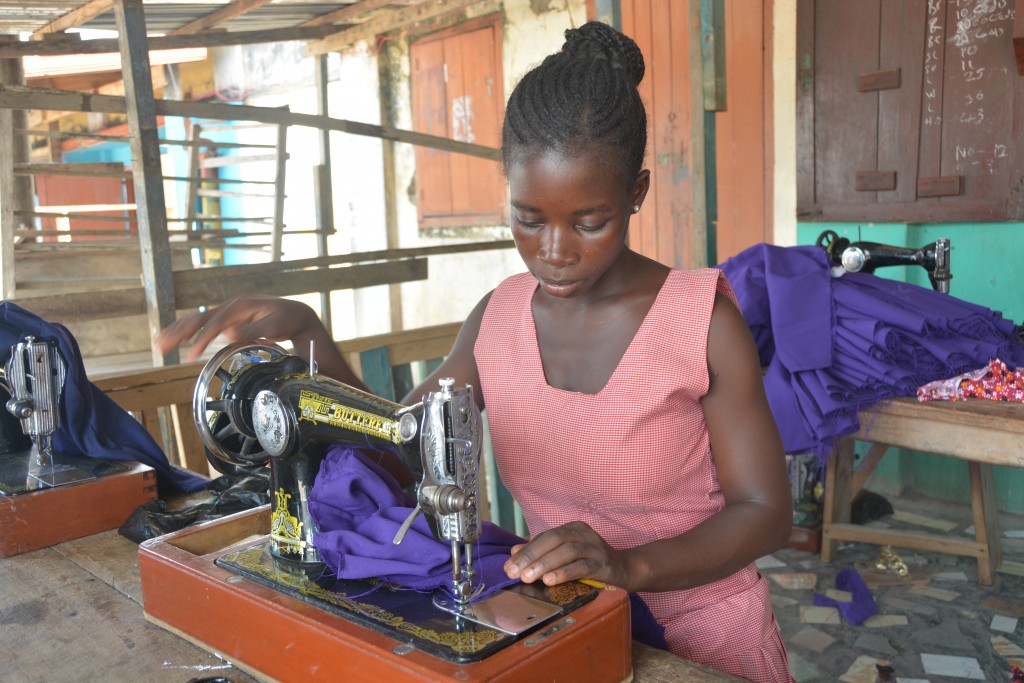 “I decided to go back to learn my trade because the workers at Compassion encouraged me,” Lovintina says. “I was shy and afraid that people would talk about me and laugh at me. The Child Survival Program workers told me that if I am able to go back to learn, it means that I am a strong woman and that other girls in my situation will learn from me.”

The headmaster of one of the schools in Enyan Denkyira has seen the changes in moms like Lovintina, saying, “When the workers came here to look at registering teenage mothers, I was impressed. I became even more elated when the girls finally started attending school again. It has never happened here before. Once a girl became pregnant, that was the end of her future. But what Compassion and the church are doing now means a brighter future for Enyan Denkyira. The church needs to be commended for joining forces with Compassion to bring transformation here.” 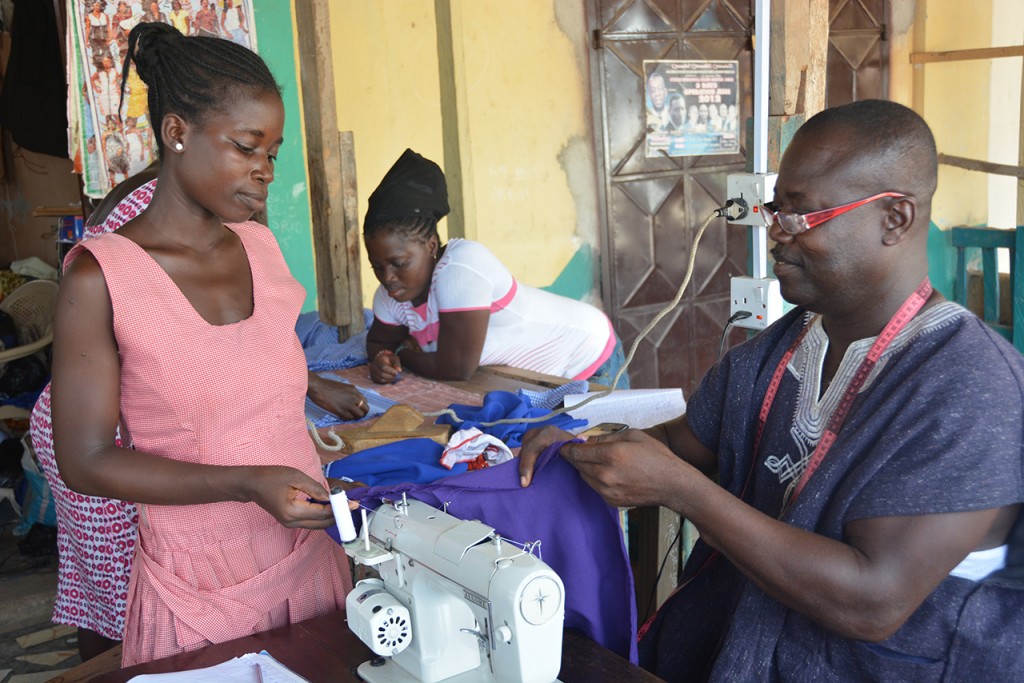 Lovintina now has real hopes to become a dressmaker and provide for Dorcas. “I am happy that I came back because very soon I shall be able to make a living for Dorcas and myself. Our lives will be good.”