*This is an update on a story previously published by Compassion Canada in 2011. 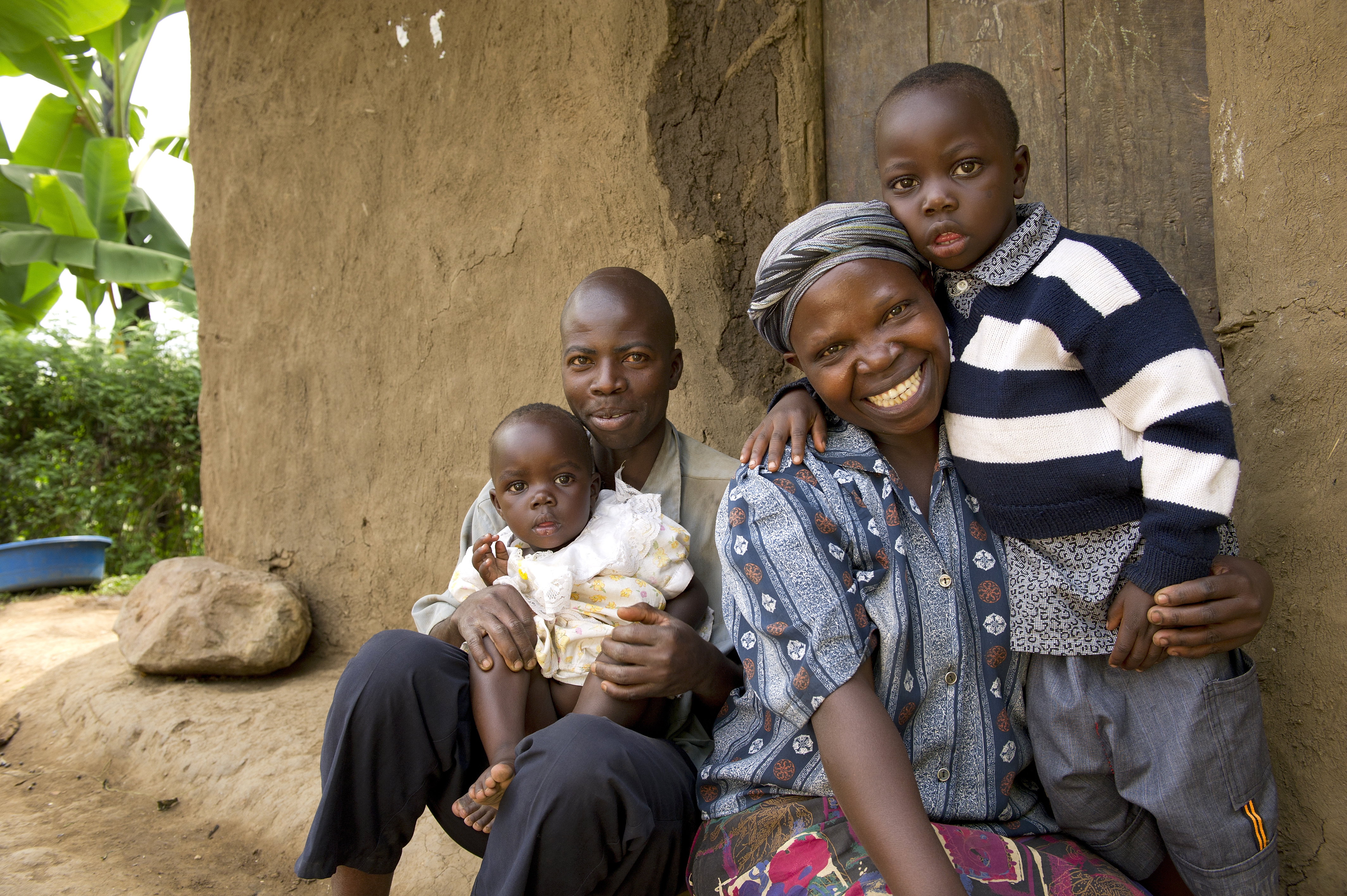 Hadija lay unconscious in her hospital bed. She had bled too much, for too long. Her baby, her sixth child, was dead. Her husband, Mwambu, looked on in despair.

“Leave her. This woman is already dead,” his mother told him, pulling him away from her side. “She’s useless to you.”

But Mwambu had fought so hard to be with her. They had already gone through more than any couple should have to bear. Mwambu’s family hated her because she hadn’t given him any healthy children. But as Hadija had lost baby after baby, Mwambu stayed—even when his family spit on his wife, called her “the mother who bears dead children,” and beat him for staying with her. The family had threatened to run them out of their village, and to hack apart their grass and mud hut. Still, Mwambu stayed.

But this time, as he looked at Hadija’s limp hands, longing to hold them, to feel her squeeze his hand, he lost hope. So Mwambu did the unimaginable—he left Hadija in her hospital bed to die. 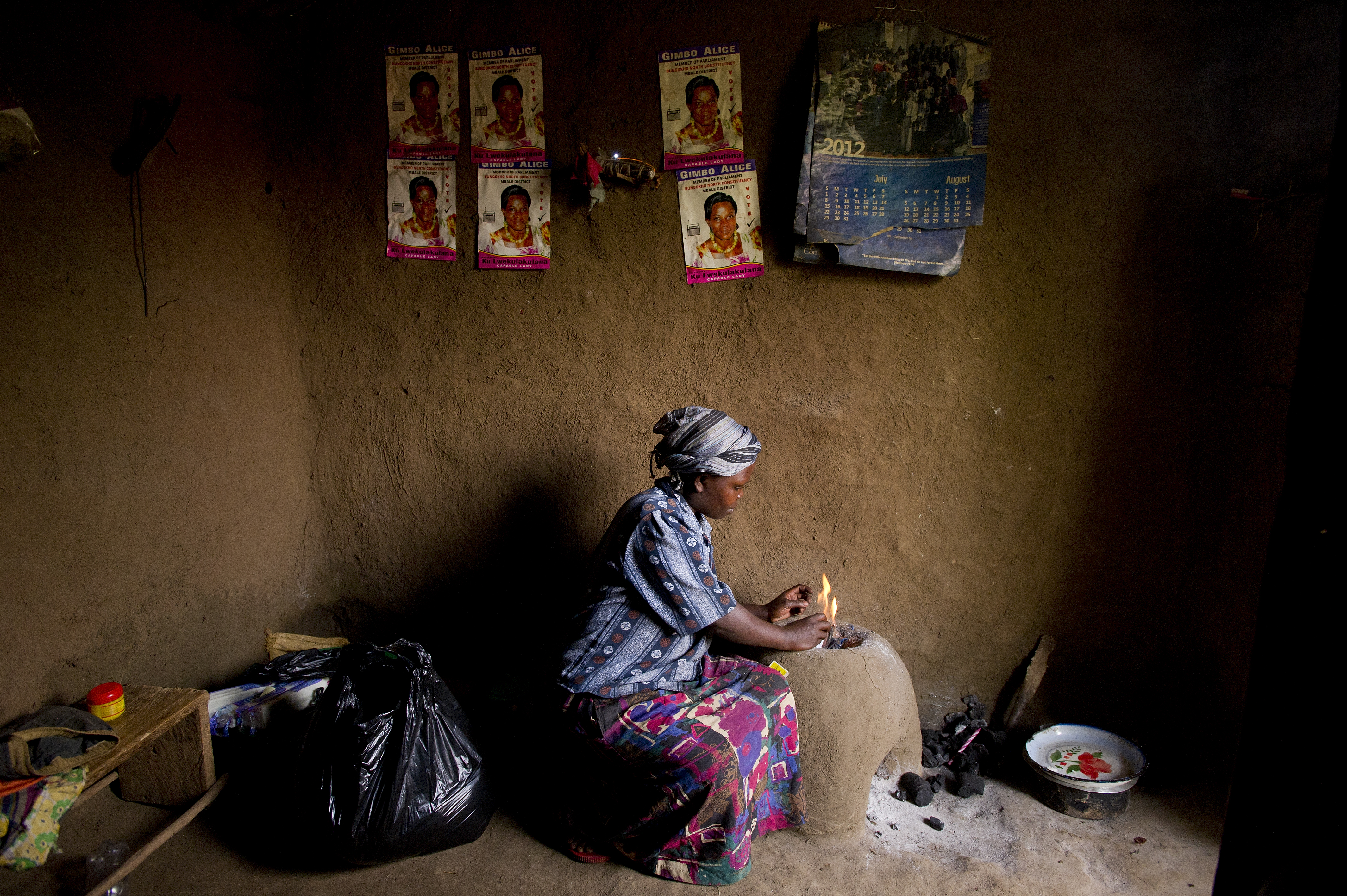 Hadija builds a small cooking fire inside her home.

Hadija never had much of a chance. She barely finished third grade. Growing up Muslim, she married young, around age 13, and delivered her first baby at 14. That baby died, and her first husband left her immediately.

Hadija found a new reason to hope when she met Mwambu, another Muslim. “I don’t care what the village people whisper about you,” he’d said. So Hadija and Mwambu married and moved next to his family’s home in the northern Ugandan village of Bumadada.

Hadija became pregnant for the second time. When she went into labour, Mwambu’s mother, Rebecca, took her to the traditional birth attendant over the mountains where all the women in the village gave birth. Unlike the rest of the women, Hadija did not come back a happy woman. Her child was dead. Not long after, Hadija was pregnant for a third time. But the baby died. And Hadija’s life began to spiral down again. “She’s too lazy to push out the babies,” Rebecca told the family. Hadija’s agony and isolation festered. 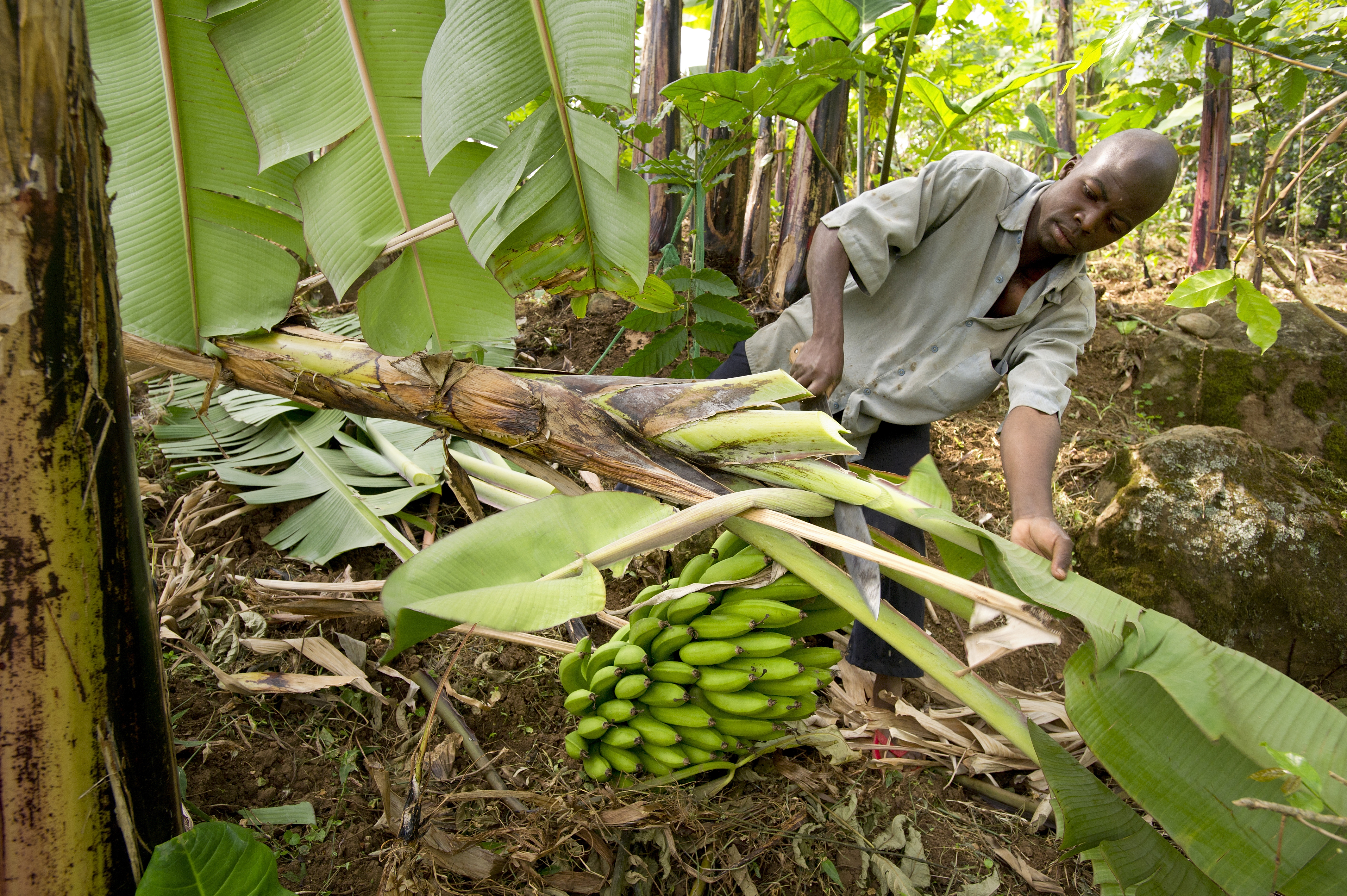 Next came twins. They were born healthy, but when Hadija’s mother-in-law saw them “she cursed the babies,” Hadija recounts. “She clapped her hands in rhythm and screamed over my head, ‘How can this woman give birth to twins?!’ My babies were breastfeeding, but the moment she spoke, they stopped breastfeeding. She then told my husband and me not to buy milk for them because it was against the culture for such young babies to drink cow’s milk. I was helpless and had nothing to feed my twins, so I fed them water every day. Shortly after, one of them died—and the other followed.”

Soon after, Compassion opened the Bufumbo Child Survival Program nearby and Hadija joined, though she didn’t reveal the previous infant deaths. Not long into her sixth pregnancy, Hadija began bleeding and called on her aunt and the Child Survival Program staff for help. By the time they arrived at the hospital, Hadija had lost too much blood, was unconscious—and her seventh baby had died. 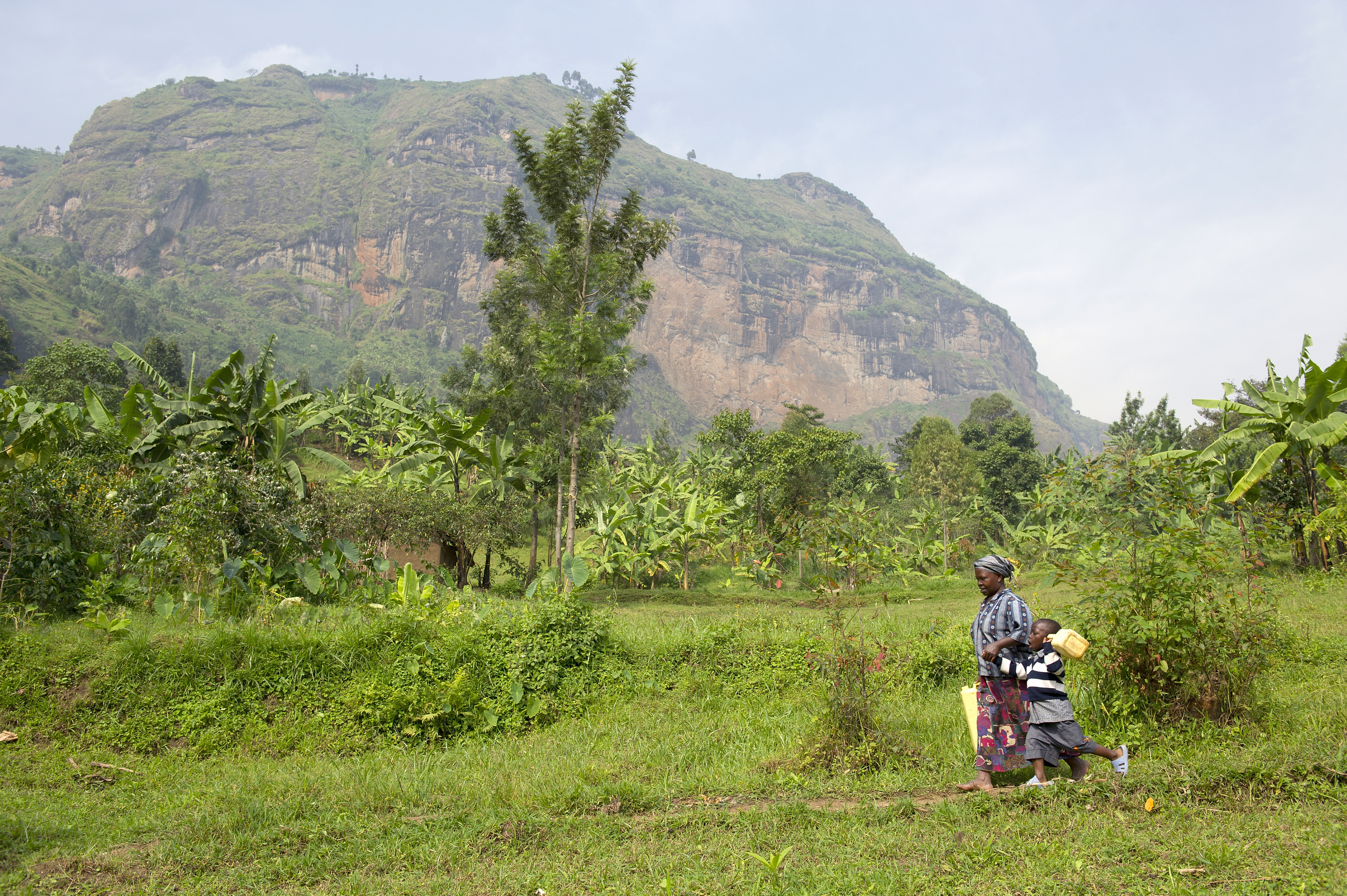 Hadija gathering water with her son

At the hospital, a medical attendant finally explained why Hadija kept losing children. She had a small pelvis and was unable to deliver normally. But the family rejected this and left with Mwambu. As Hadija lay unconscious, Peter, a lead Child Survival Program staff member stayed by her side.

When Hadija was well enough to leave the hospital, Mwambu, ashamed, begged her to come home. Hadija returned home, even more bitter and broken. But this time she had something she’d never experienced before—love, support and prayers from Compassion staff.

Slowly, Hadija began to share her story. And soon she conceived for an eighth time. This time, staff knew her risks and how to manage and monitor them. When Hadija went into preterm labor, Compassion staff rushed her to a nearby hospital where she had a C-section and gave birth to a boy. The infant received intensive care — and thrived. 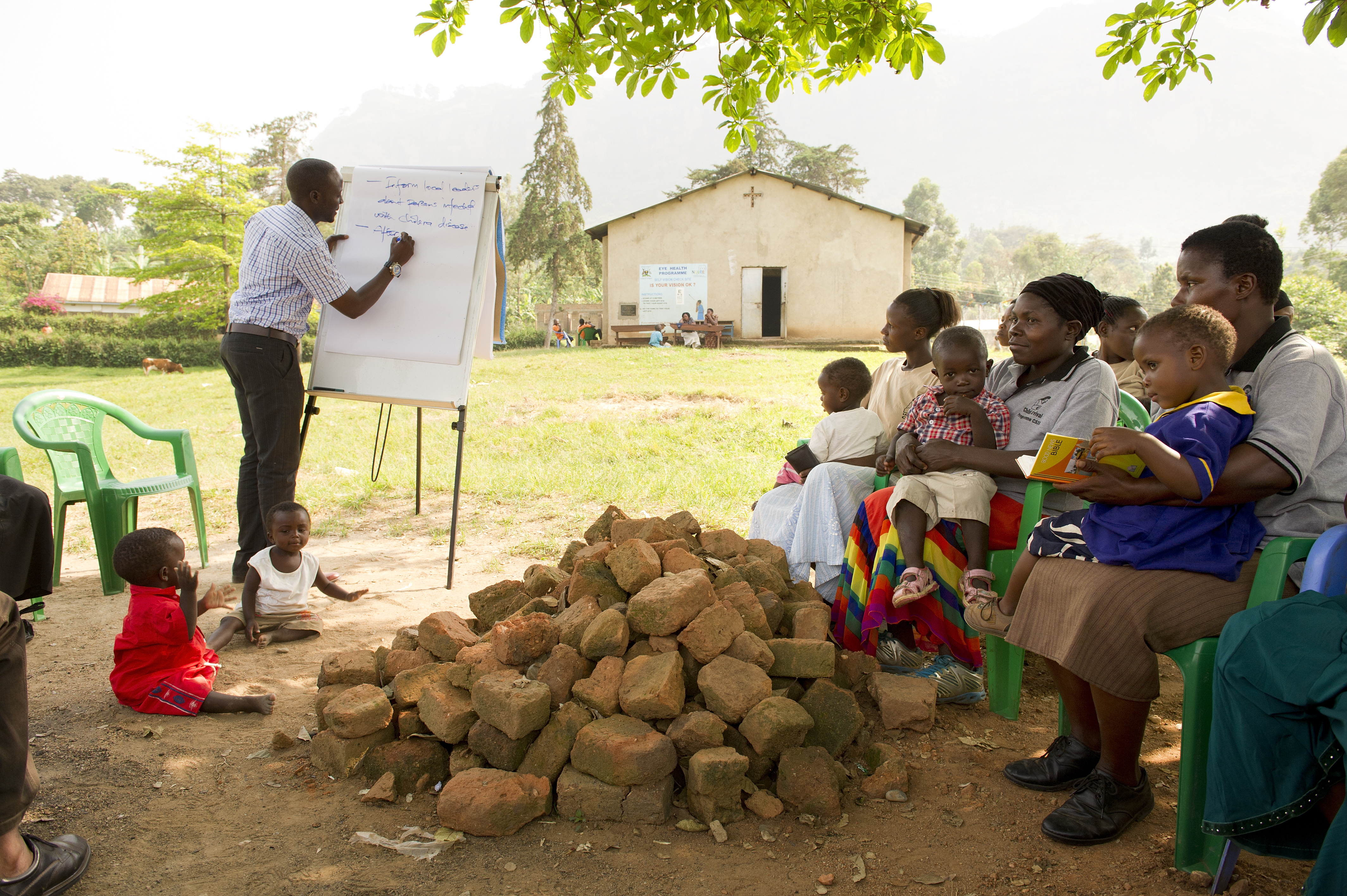 Moms learning at the Child Survival Program in Hadija’s village

Hadija asked the Child Survival Program staff to name her child. They named him Moses Mukisa, which means, “We give God the glory.” Today, Moses is a healthy rambunctious 4-year-old. He also has a healthy 1½ -year-old sister named Loukiya.

Hadija has changed. She is quick to laugh, and smiles as she cradles her children. She says, “I receive great joy when I see my children. I just have so much joy!”

Hadija has also decided to follow Christ and goes to church to pray with other mothers in the Child Survival Program. Mwambu and his family even attended Moses’ baptism at the church with her.

And Hadija keeps a Bible tucked away in her hut, away from the dirt floor and the leaky, crumbling mud walls. She has not yet had success learning how to read. But she hopes Moses can read it to her one day.

Text by Leanna Summers with Caroline Mwinemwesigwa, in Uganda. Photos by Chuck Bigger.

Want to help moms like Hadija? Our church partners give pregnant women and new mothers knowledge and resources to ensure their children not only survive but thrive in these most critical years of life.