Traveling to Monduli Juu village from Arusha, Tanzania, I pass through the Monduli Mountains, thick with forest.  The forest makes this remote village cold and windy. The people here are from the Maasai tribe and live in traditional boma—a group of huts made from sticks and dung and surrounded by a fence of thickets to keep out wild animals.

As I enter one of the Maasai boma, several children approach me and give me a traditional Maasai greeting, bowing before me so I can touch their heads in response. I am ushered into one of the thatched huts and given a chair opposite the father of the house, 38-year-old Jumbe Araya Kilindiwa. His two wives sit around the wood fire inside the hut to listen to our conversation.

Polygamy is a common practice among the Maasai people. At the Compassion centre in this village, 59 per cent of the children come from polygamous families. Although in most of the places where Compassion ministers polygamy is uncommon, it is practiced in a few Compassion-assisted communities in East and West Africa. It is more common in communities that are more rural, poor and in some cases, Muslim. While having a polygamous family can mean a strong support system for a child, it can also deepen the level of poverty the family lives in with many children to care for.

I look around the hut. It has several rooms. One is a bedroom for the children, and another is for the parents. The room I entered into keeps the goats and very young calves. At the middle of the hut is an open space and kitchen where women and children often sit around the fire and prepare the meal. The hut has no windows, so it is a warm place compared to the wind outside.

Jumbe owns five acres of land on which he grows maize. He also owns 15 cows and 20 goats. With his two wives, Jumbe has nine children, ranging between the ages of 1 to 18 years. Three of them are registered with Compassion: 12-year-old Paulo, and 10-year-old twins Joshua and Tumaini.  Jumbe tells me some of the challenges he has faced raising his children.

“We have faced some challenges like sickness and hunger, especially when we have planted seeds and not harvested enough. In such a moment, I have to make extra effort to look for food for my family. Sometimes I am away from home for three months to make sure my cattle have food.”

I want to know why, even with the knowledge of the possible challenges, Jumbe decided to marry two wives and have many children.

“I didn’t know there will be any food scarcity in raising the children,” Jumbe says. “If I knew that, I wouldn’t marry more than one wife. My father had a large number of cattle and could take care of his two wives and 22 children and he didn’t do the farming. But now the land is becoming scarce because of the increase in population. I don’t have any intention of marrying more wives because even with the two wives, I already have nine children whom I have to feed and take care of.”

When there are struggles, children often stay home from school to help their parents take care of the animals. When the husband is gone, the women are left to take care of everything by themselves. Children often don’t receive close attention and some drop out of school. 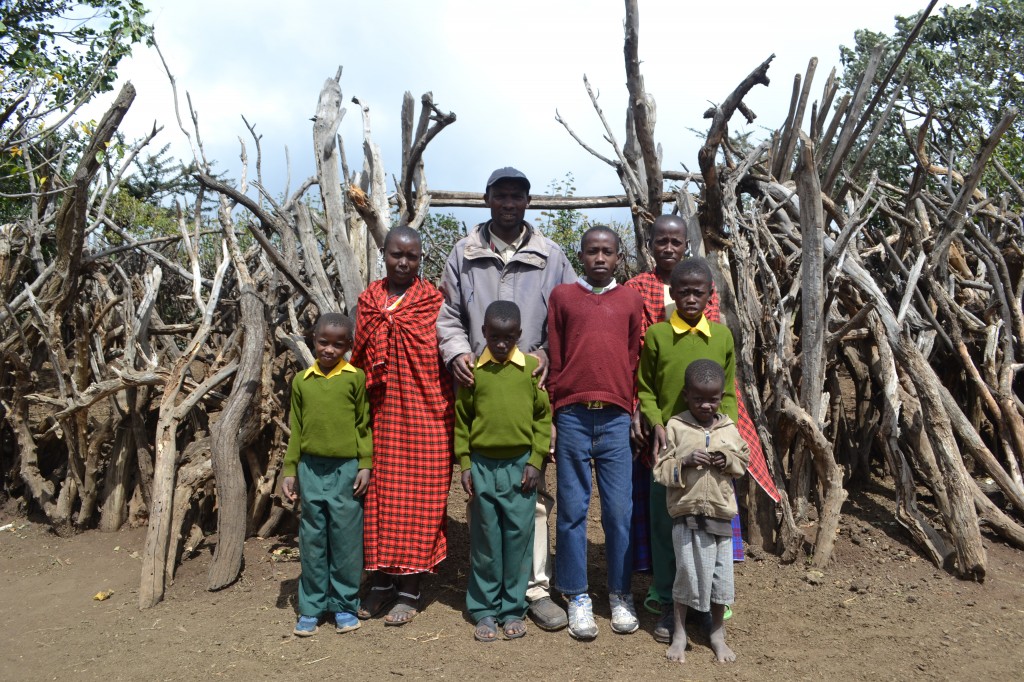 Three of Jumbe’s children are registered in Compassion’s sponsorship program at the local church. This has brought a positive attitude toward school. All of Jumbe’s eligible children are going to school, which is located about 3 kilometres from their home.

Jumbe’s first wife Enoonguta is 30 years old. She has five children, who were all born at home. Her first child was born when she was just 12. It has been a common practice for Maasai girls to marry as young as 10 to 12, although the government is fighting to keep these girls in school.

Jumbe and his two wives are not Christians, but their three children who attend Compassion’s program are Christians and members of the Lutheran Church in Monduli Juu. 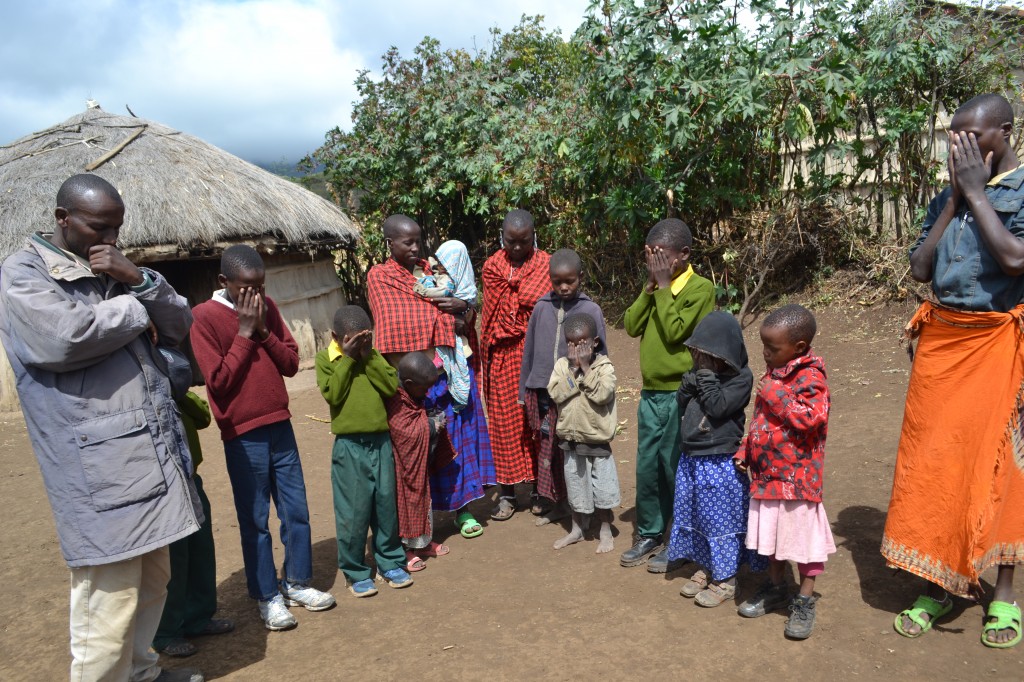 “I hope one day I will also join the church together with the rest of my family. The church has truly stood with us, especially during the difficult moments,” Jumbe says. “Through the registered children, we have received support which has benefited all the children at home, especially food.”

Compassion is helping many polygamous families in this community, where families earn the equivalent of just $16 a month. As families receive the support they need, they are learning the importance of keeping their children in school and their story is slowly changing.