As a sponsor, your encouraging words mean more than you may ever know.

Twice a week, staff from the Tabernáculo Bíblico Bautista Church in Majucla, El Salvador, bring meals and teaching materials in a pickup truck to the neighbouring town of Montreal, El Salvador. On one particular day, the staff found something unexpected.

As soon as they began to unload the pickup truck, the children surrounded them, smiling and excited for the day. Everyone was smiling, that is, except 7-year-old Justin and his sister, who were both in tears.

Edwin Rodriguez, Justin’s tutor, knew something wasn’t right. When he welcomed Justin with a big hug, he saw that Justin was quiet and sad. As the children sat down to eat their meal, Edwin noticed that, although he knew Justin hadn’t eaten in two days, he hadn’t even touched his food.

Edwin sat down with Justin, listening as Justin explained that the night before, his parents had argued and his dad had left the family for good. Justin and his four siblings were crushed.

When the staff heard what had happened in Justin’s home, Estefany Mendez, the sponsor coordinator, quickly looked for any sponsor letters for Justin.

“I thought that maybe if Justin saw a letter or a photo from his sponsor, it would help him feel better,” says Estefany.

Justin sat with his head down, tears rolling down his face, as Estefany approached him with the letter she had found for him. She gently sat next to Justin, gave him a hug and began reading.

“I never imagined the words that came in that letter until I was reading them; we were all astonished,” says Estefany.

She read the greeting in a kind tone: “Hello, my handsome boy!”

When Justin heard those first words, he lifted up his head and replied, “Hello,” as if talking directly to his sponsor.

The letter continued, “I hope you and your family are well. But, before I continue my letter to you, can you do me one favor?” Justin replied, “Yes.”

“Can you close your eyes, and I will close mine,” said his sponsor in the letter.

Justin closed his eyes and smiled.

“And, now imagine that I am right there with you, hugging you and telling you how I love you so, so much! And, now imagine me kissing you all over your little face and tickling you until you laugh out loud! This is what I wish I could do every day! I would walk with you to school and we would talk and sing and laugh. And I would tell you how much God loves you—and how much he must love me to let me have you in my life. And I would leave you at school to learn all those things that you will need to know to enable you to have a good life when you grow up. But I would miss you all day long.”

Each word from the letter made the air lighter, and the room seemed to fill with calm and love.

As the letter continued, Justin replied out loud to each question from his sponsor. He laughed at some of her words, and he loved the photos that she sent him, smiling at the happy photos of different places in another country.

Justin’s eyes revealed that his heart was also smiling.

“It’s amazing the impact that words can have on children,” says Estefany. “Justin’s day ended in a different way because of his loving sponsor, who took the time to write this beautiful letter that came right on time.” 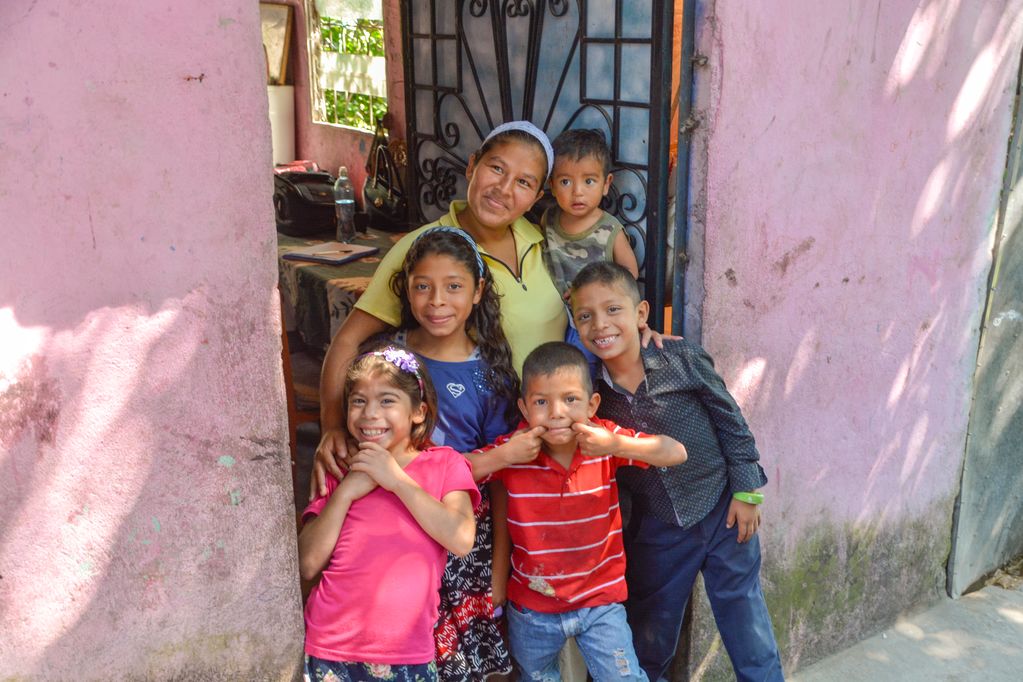 Justin, his mom and his siblings at home

At home, Justin lives with his four siblings and his mom. They all love Justin’s sponsor’s letters.

“I often read Justin’s correspondence at home because it makes us all smile,” says his mom, Zulma. “My other children like to hear such loving words too. I feel beyond blessed knowing that there is someone out there who is keeping Justin and us in their prayers.”

Justin treasures his relationship with his sponsor; he is thankful and prays for her too.

“I love my sponsor; she is the best,” says Justin. “I like what she writes to me because she makes me feel special. I’m thankful because she prays for me and my family. I pray that God blesses her and her family too.” 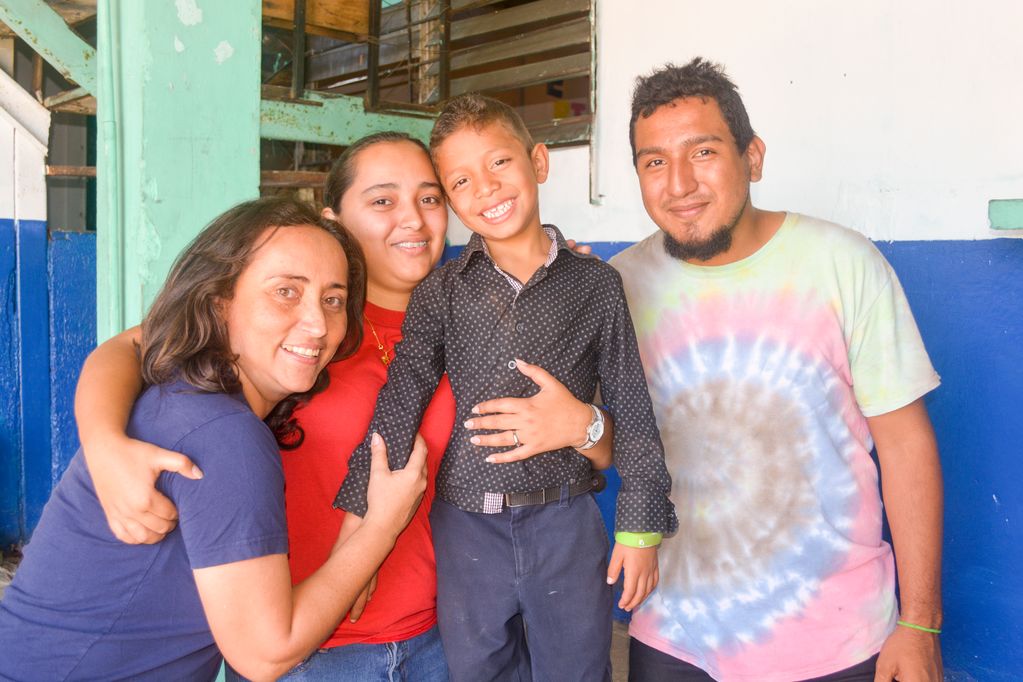 The loving staff who care for Justin at the local church; from left, Wendy, Estefany and Edwin

It takes a village to raise a child, especially when one parent is absent. Justin’s mom is joined in the task of raising her child to be the man God intended him to be by the caring staff of the local church and the words of encouragement of a sponsor a thousand miles away.