The last several years have been a time of economic upheaval the world over. But all the while, the economies of many Latin American countries have been gaining strength—including the countries where Compassion ministers such as Peru and Brazil. Many Peruvians and Brazilians living in city centres have moved from poverty into a growing middle class. And, praise God, some of the churches Compassion partners with in these cities are now able to continue their ministry to their communities without outside assistance. 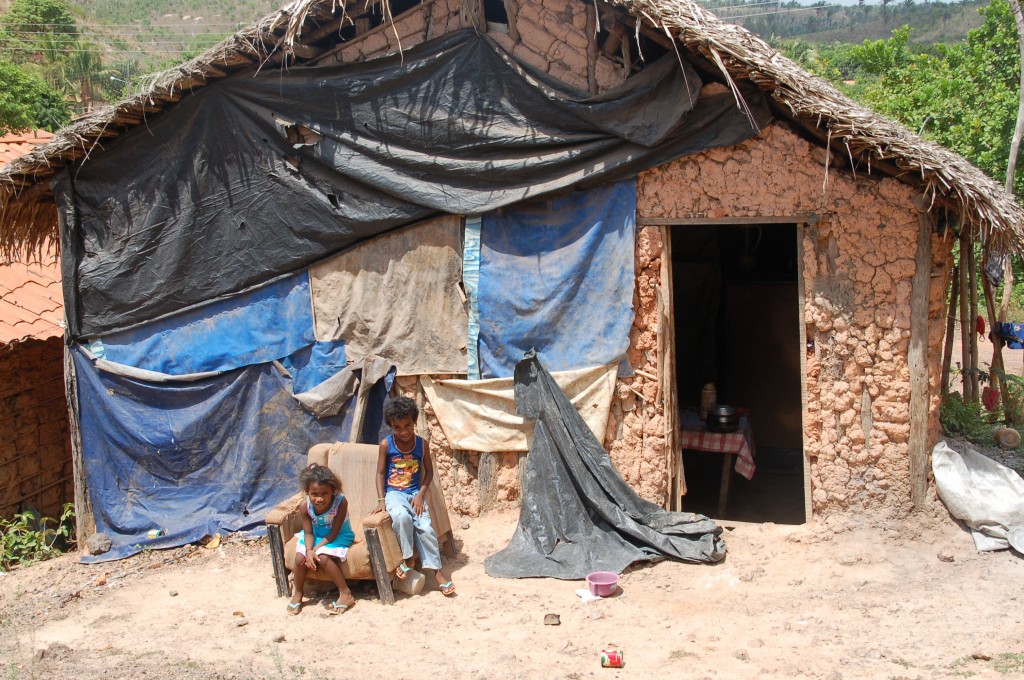 Because of this, Compassion Peru and Compassion Brazil have been able to spread their ministries into even more needy and remote areas of the countries—Cajamarca in Peru and Maranhão in Brazil. It’s an exciting time in the history of these ministries to be able to bring Jesus and the hope he offers into some of the most remote places in the world—the very ends of the earth!

Maranhão is a state in northeast Brazil. The northwest of the state is thick with the Amazon rainforest. But as you move south, much of the forest has been cleared for cattle rearing and agriculture. It is known as “the land of the palms,” as the Babaçu palm is cultivated for oil. Despite its agriculture, Maranhão is still one of the poorest states in Brazil. In the east of the state is the city of Codó, a poor city most Brazilians have never heard of. Because of the great need in Codó, Compassion has opened four child development centres in the city.

Codó has a collection of the worst indicators in Brazil. Seventy percent of the population live without basic sanitation, and there is no public transportation for this city of over 100,000 people. Out of every 1,000 babies born, almost 38 die—nearly eight times higher than the infant mortality rate in Canada and more than twice as high as the rest of Brazil. Girls begin to have children when they are 13 or 14. By the time they are 21, they already have three or more kids, and many have already lost a baby. 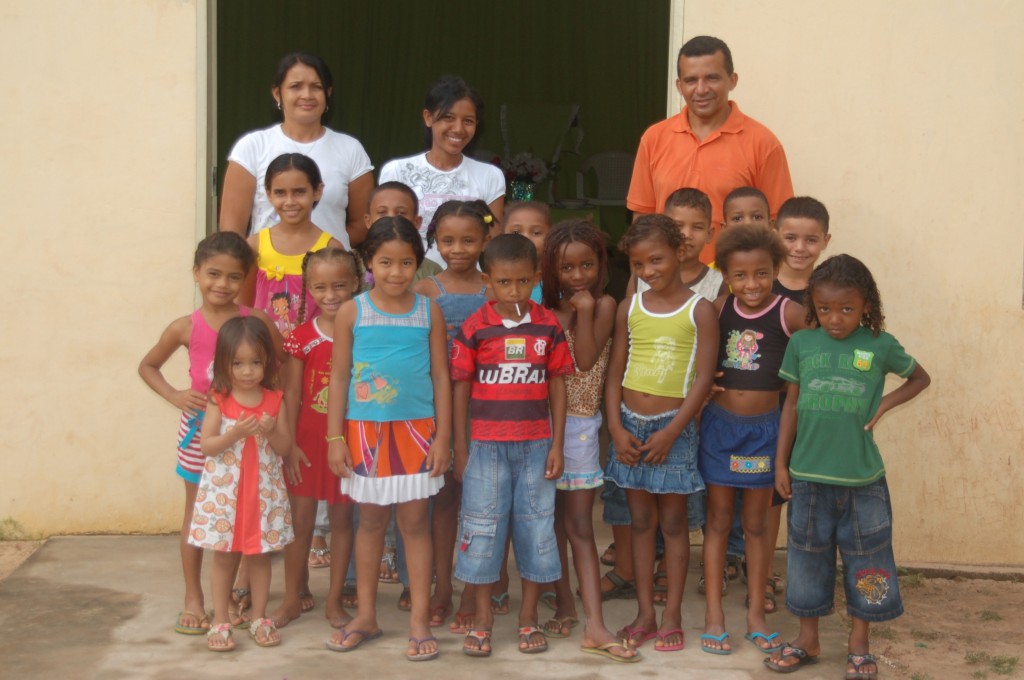 In the rainy season, many children become ill with dengue fever, Hepatitis C, skin infections and parasitic infections. Many children are malnourished because their parents don’t earn enough to feed them well. Almost half of the population is illiterate and more than 60 percent have less than 2 years of education. Without public transportation, it’s too far for many children to walk to school.

But besides all of the physical risks facing children, they are also living in an area known for voodoo. Ninety percent of the population is Catholic, but most also practice macumba in secret. Macumba has its roots in African spirit worship and is a Brazilian variation of voodoo. A famous voodoo wizard lives in Codó who is internationally known and is famous in Brazil because he is rumoured to help some politicians. According to the pastor of one of Compassion’s partner churches in Codó, many people here don’t want to hear the gospel because they are afraid of this wizard.

Into this dark and desperate situation, Compassion’s church partners are now ministering to the children—making sure they are receiving nutritious meals, have access to education and get the medical attention they need. They are also sharing the light of Christ with the children and offering them the true hope we can have in Him.

Thousands of kilometres away, in Cajamarca, Peru, brothers and sisters in Christ are bringing this same hope to mothers of young children through the Child Survival Program.

Because Lima, the capital city of Peru, is gaining such economic strength, Compassion Peru is spreading its ministry to more faraway towns where poverty still reigns. Cajamarca is a region in northern Peru, bordering Ecuador. The Andes mountain range runs the length of the region, making it difficult to access the high mountain towns in the area. The women especially feel the effects of poverty here. 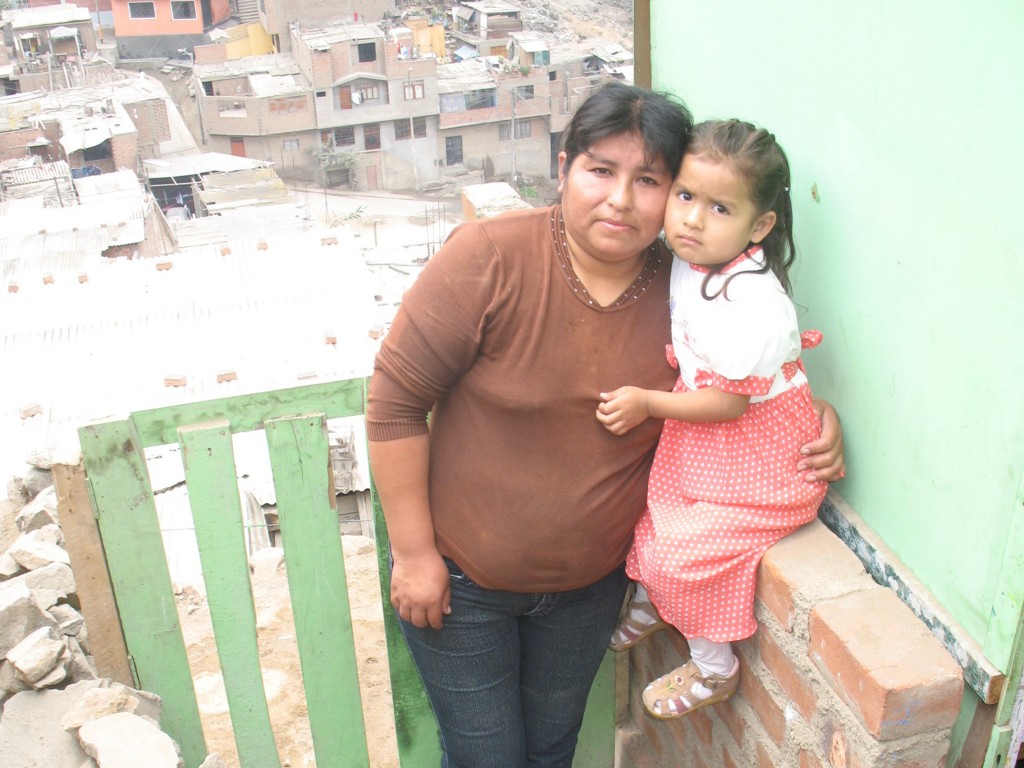 One of the towns where Compassion has opened a Child Survival Program is Bambamarca. Most women here survive by working the land, and they continue to do hard labour far into their pregnancies. About half of the mothers give birth at home. The other half gives birth in a local health centre, where the health workers lack professional training. If there is an emergency, mothers have to go two hours by bus to the closest hospital.

Most of the mothers didn’t study beyond primary school, and many are illiterate. Domestic violence, child abuse and machismo are also common, as alcoholism is a problem in many of the homes. Because of their poverty, more than half of the children are chronically malnourished.

The Child Survival Program is giving these mothers access to health care, training on child care and nutrition, and the opportunity to learn income-generating skills. More than 90 percent of the mothers don’t attend church, but at the program, they are given the opportunity to hear the gospel of Christ.

Both in Cajamarca and Codó a new era is beginning for many of the children and mothers. Not only are they receiving help in desperate situations, but they are hearing and receiving the gospel of Christ, which will make all the difference in their lives.