After Aklobessi was kidnapped and taken to a temple to serve in voodoo rituals, Compassion centre staff fought for her freedom for a year. 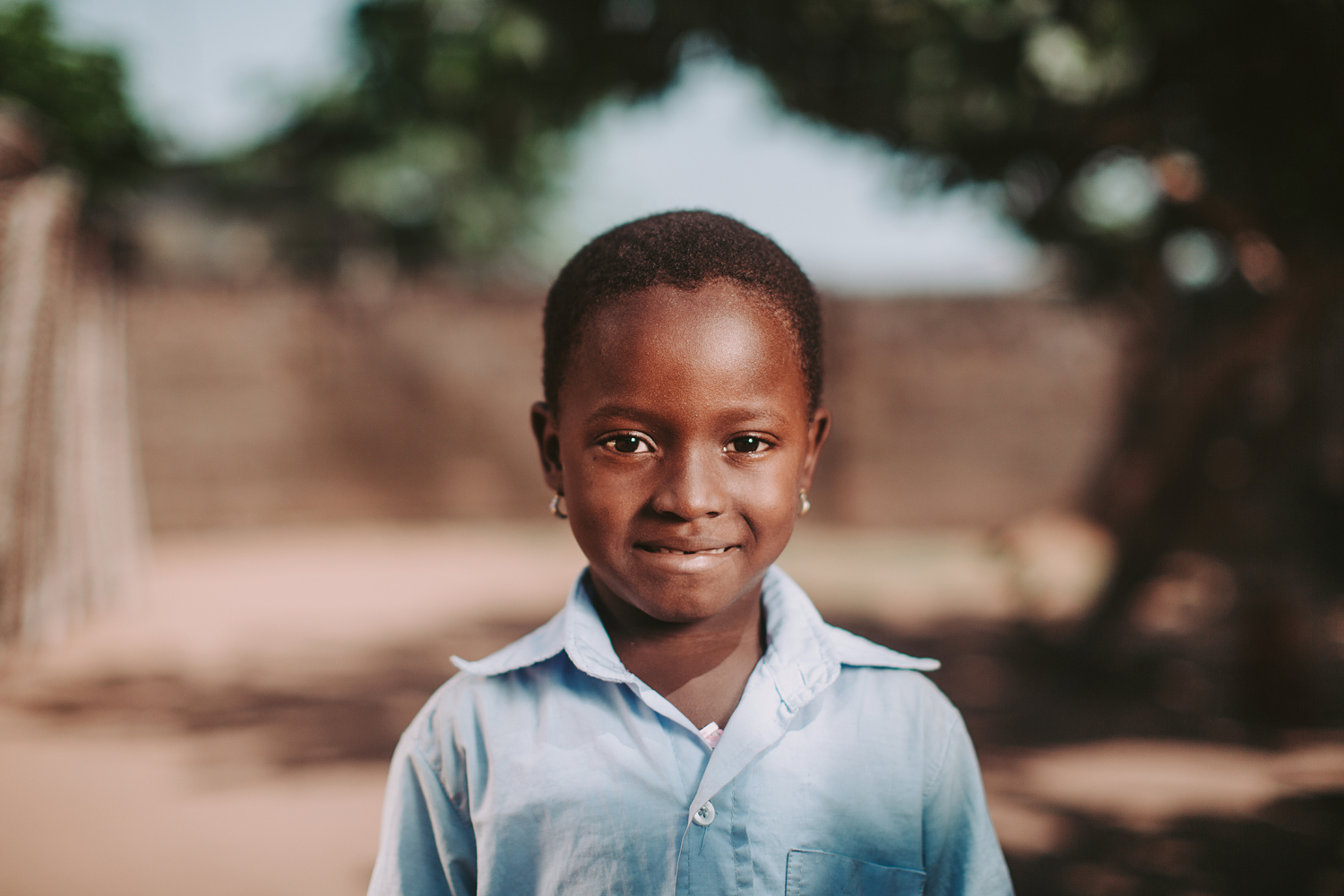 It happened at night. Aklobessi, a sweet four-year-old girl, was home alone. The priestess of the nearby voodoo temple believed she was told by the spirits that Aklobessi belonged to them. So the priestess’ followers waited until night, when they knew her parents were away, to take Aklobessi by force to live in the temple.

In Togo, a sliver of a country in West Africa between Ghana and Benin, more than half of the people practice voodoo. Voodoo, or vodun in the local language, means “spirit” and is a religion that centres on rituals to please, appease and appeal to the spirit world. Most of the voodoo practiced around the world in places like Haiti, Brazil and Cuba originates in these West African nations. In Aklobessi’s hometown of Agbodrafo, nearly every home has a voodoo shrine.

Aklobessi’s parents were no strangers to voodoo. Her father was an upholsterer, but the time he spent working dwindled as he spent more and more time at the voodoo temple participating in rituals. Aklobessi’s mother didn’t work at all, but served in the voodoo temple all day. Aklobessi and her two siblings were neglected and all but abandoned as their parents didn’t have the money or time to provide for them. 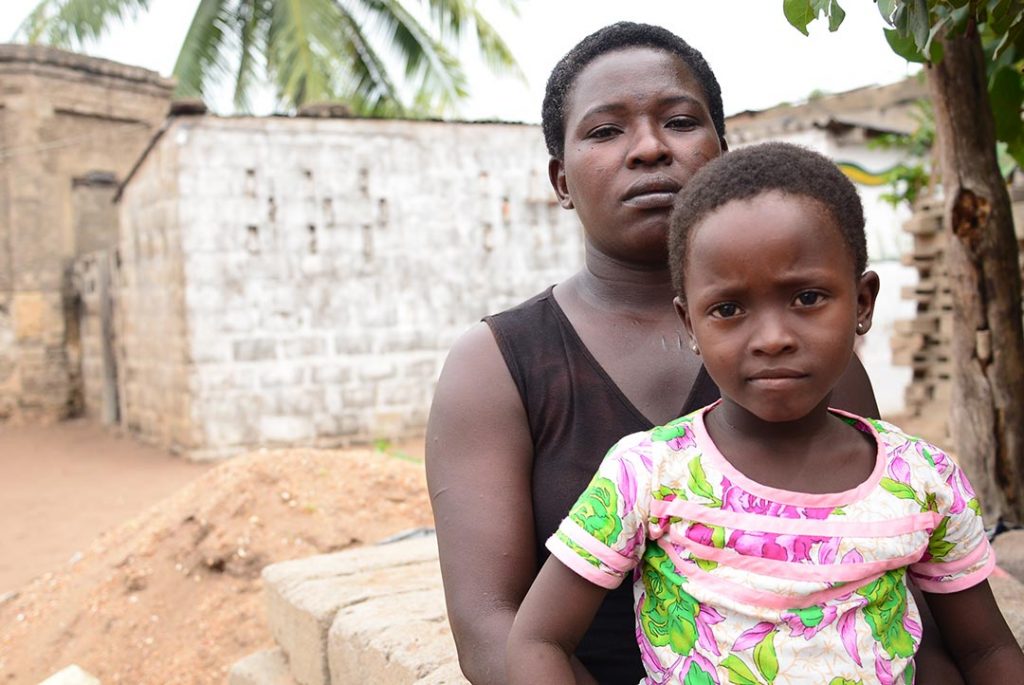 Then in 2015, a Compassion centre opened at the local Christian church. On registration day, hundreds of parents showed up to learn more about the program. When the centre staff told them that registered children would receive a Bible and would come to the church each Saturday for a holistic program, about 100 parents left with their children, afraid of offending their idols.

“Our situation is just complicated. If we dare to leave the idols, we don’t know how it will be. Some of us tried it, and they died. That’s why we are afraid, because we are intimidated every day.”

For some reason, Lossou still decided to register his daughter in the program despite fears of retribution by the spirits.

Just a month after her registration, centre workers realized Aklobessi had stopped coming. Immediately, they began a search for her. They were told the priestess of the shrine where her mother serves was keeping her there for at least three years for initiation ceremonies.

“When I heard that the priestess commanded that the child should be brought to her temple, I was infuriated and frustrated. I rushed to the father’s house,” says centre director Fernand Hloinvi. 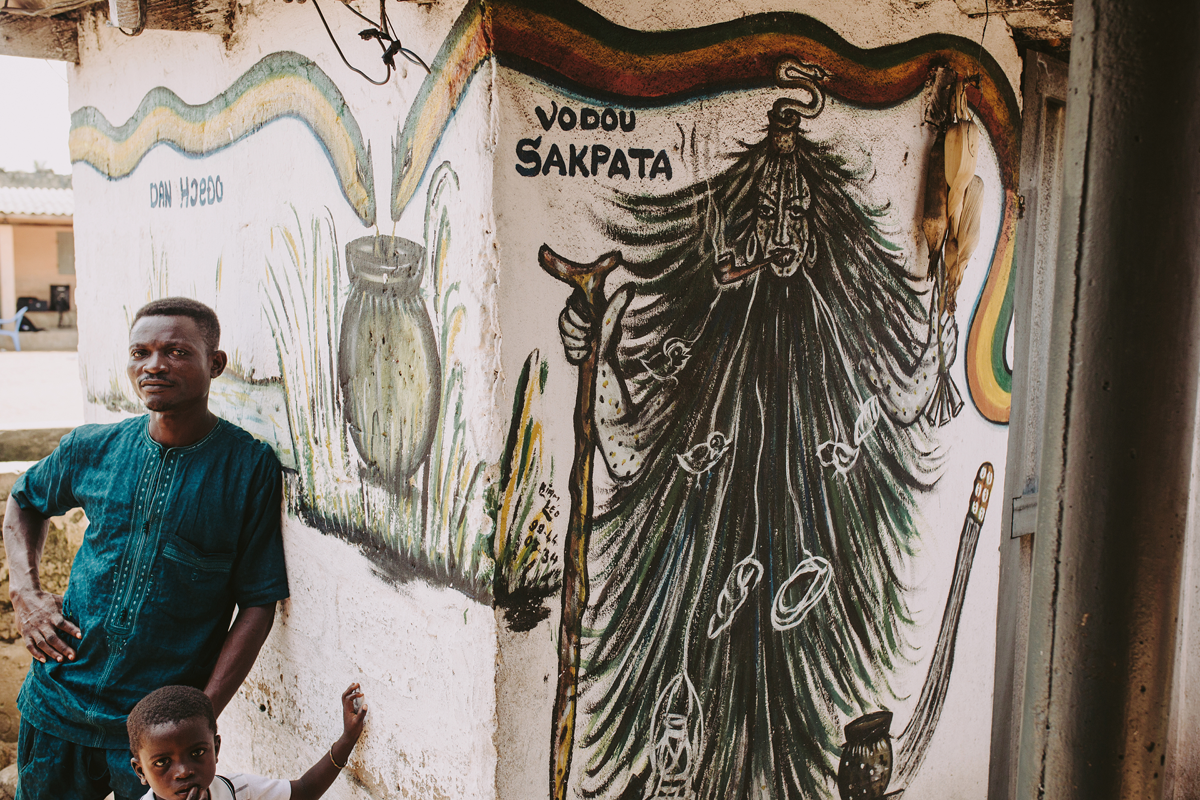 Lossou told him that when the priestess found out Aklobessi had been registered in Compassion’s program, she decided she needed to be taken to the shrine immediately to begin her initiation ceremonies. The parents knew nothing of the priestess’ plans, but they were too afraid to counter her. They didn’t know what the spirits would do to them or their child if they dared interfere.

In a voodoo shrine, much of the time is dedicated to ceremonies and rituals. Children take a key part in the rituals. They must do things like eat raw meat and drink blood. They are sometimes sent alone at night to leave offerings at crossroads. People who have experienced it say that voodoo shrines are the most unpleasant place in the world. You lose all your rights and find yourself doing things against your will. Aklobessi faced this situation for 11 months.

She was miserable. Aklobessi cried constantly and wished she could go to school and play with her friends. The church and Compassion centre started fasting and praying for her. They mobilized the 11 other Compassion partner churches in the region to pray every day for Aklobessi. The centre workers met with the social services governor of the region to try to get him to intervene in her situation. They even met with the priestess to convince her to release the girl, but they were met with obscenities and incantations against them.

“We were not afraid of the priestess and her team even though they intimidated us a lot,” says Fernand. “We knew our God is above all those voodoo spirits because some of us have the same background. Since we came to Christ, incantations do not affect us. We trust God that their incantations will never destroy Aklobessi. That’s why we keep on praying for her every single day. The Lord is our source of determination. Thus, we fear no evil.”

Although they hadn’t been able to get her released, the centre staff did get permission to enter the shrine to celebrate Aklobessi’s fifth birthday with her.

“I remember when Uncle Fernand and his people came in the shrine,” says Aklobessi. “I was so happy because they brought gifts, toys, shoes, clothes and many other things to me. My friends in the centre also sent greetings. When they were going back, I kept on crying because I wanted to follow them.”

Day after day, Aklobessi could not stop crying. This finally moved the priestess to let her go. All of the priests and priestesses in the shrine realized that the child needed her freedom. The priestess asked Aklobessi’s parents to bring drinks and animals for ceremonies to release her. The ceremonies took a month, and finally Aklobessi joyfully came home. 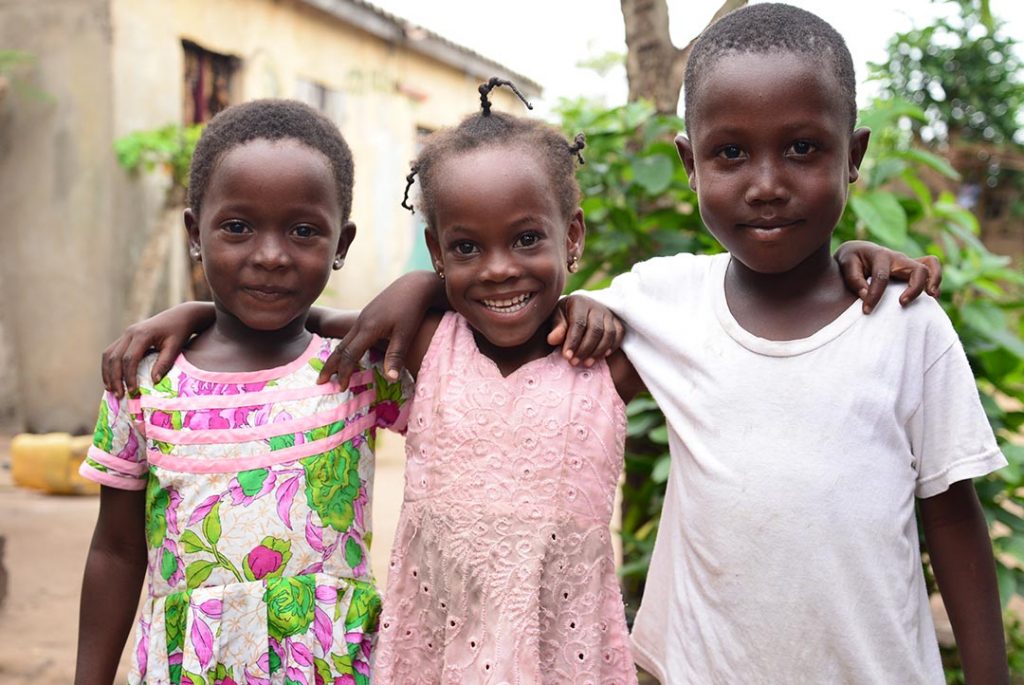 Aklobessi reunited with her friends

Her friends at the Compassion centre welcomed Aklobessi back with great joy and congratulations. A feast was organized on her behalf. After consulting with the centre director, her father agreed that it was not safe to keep her in her hometown, where the priestess was likely to take her back to the shrine for annual ceremonies. Instead, she will move to live with her aunt in the capital city of Lomé where she can still be a part of Compassion’s program.

“She will leave the village and enjoy the goodness of the Lord,” says Fernand. “Praise God, she will not end up as a voodoo priestess or a follower like her mother.”

Aklobessi now has rights again. She is no longer enslaved to a shrine to take part in grisly rituals. Instead, she will be able to start school with the other children. She believes that God will make her a medical doctor when she grows up, but for now she is glad to just be a kid.

“I am so happy to see my friends and have fun again,” she says.

We thank God for the church and centre staff who fought for Aklobessi’s freedom. We pray along with them that God will raise advocates in every area where children are deprived of their rights.