“I feared fresh air. I dreaded going outside. I thought, if I stay outside long enough and breathe the air, I would die right then and there,” says Fetire.

COVID-19 has taken a toll on the health of millions of people around the world. And under the weight of the fear and unknown, many, like young Fetire, have also suffered with their mental health—dealing in silence with feelings that suffocate.

Since schools in Ethiopia closed because of the virus,14-year-old Fetire had become paralyzed by anxiety about contracting the virus. She spent her days in her home, terrified of feeling even a light breeze. 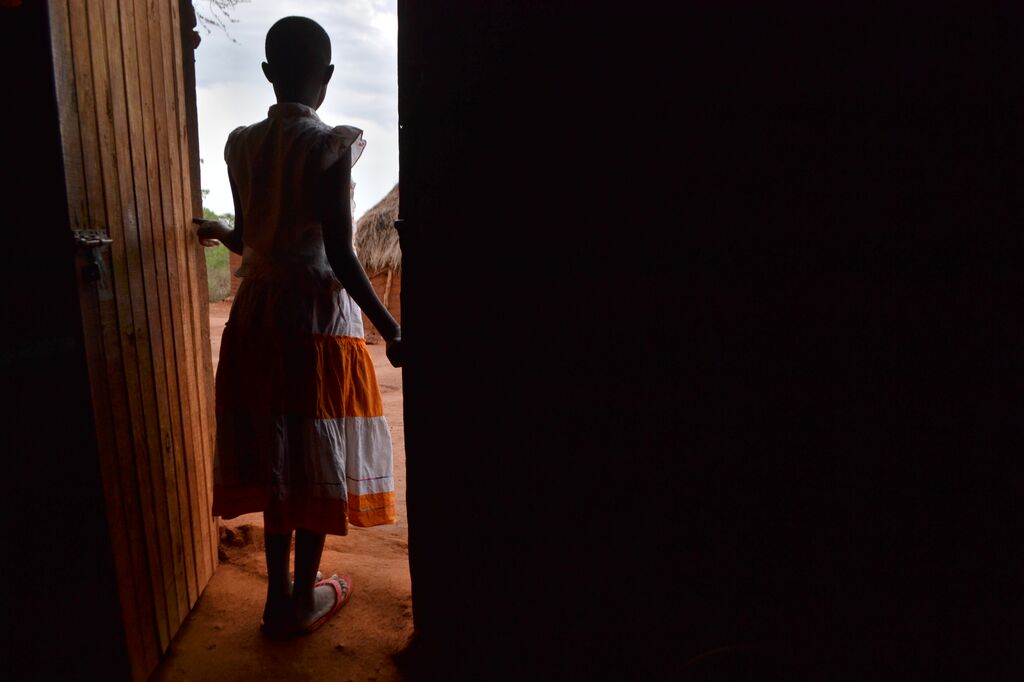 Youth around the world, including in Ethiopia, have struggled in new ways with their mental health during the COVID-19 pandemic.

The anxiety had swallowed Fetire’s usually cheerful and light-hearted demeanour, replacing it with distance and irritability. Noticing she wasn’t sleeping well or expressing her feelings as she normally would, Fetire’s mom quickly became concerned.

In a nearby village, 16-year-old Sadam had been suffering in silence with similar anxieties. Day after day, his thoughts were filled with a darkness he couldn’t escape.

“It all happened fast. Normal life ceased to exist with that very first COVID-19 case reported in our country,” says Sadam. “School closed and we were told to stay at home. I couldn’t understand it. All I could think about was death. I was scared.” 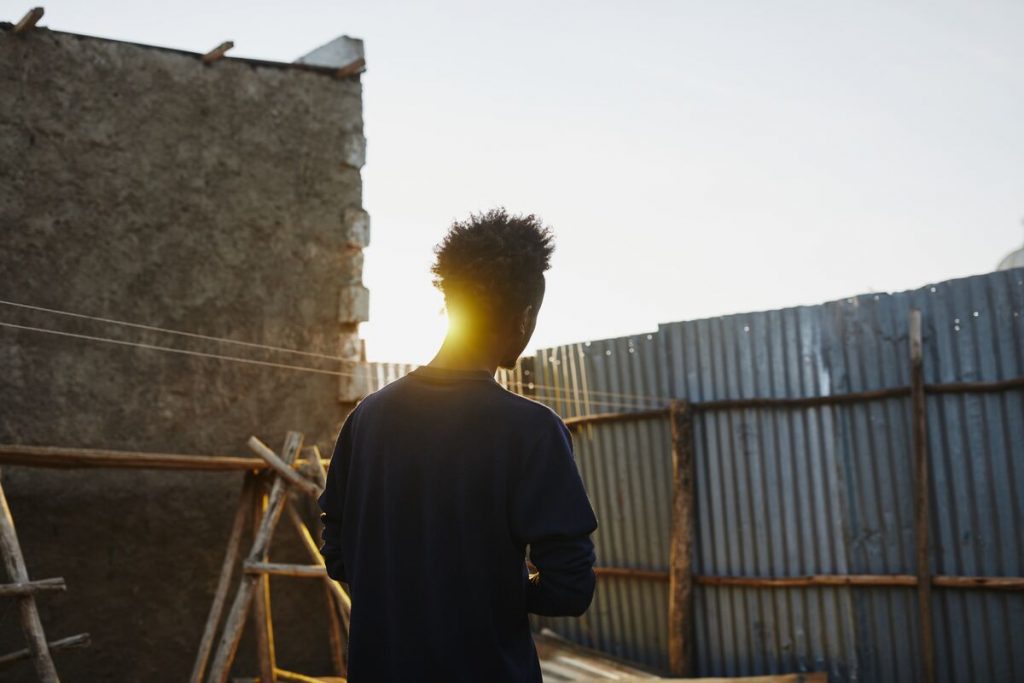 Eventually, his anxiety heightened to the point where he stopped talking altogether. First because of the fear that engulfed him, and then because of the pain of an infected tooth. When he first noticed severe pain in his tooth, he vowed to bear it in silence. If I go to the clinic, he thought, I will contract the virus.

He convinced himself that by keeping his pain to himself, he could protect his family, as well as the Compassion centre staff who he knew would take him to the clinic if they found out. But no matter how little he spoke, he couldn’t hide his pain from his mother, who noticed the swelling in his cheeks and the fear in his eyes.

Fetire and Sadam represent many children and youth around the world who are consumed with anxiety and panic in a world that seems hopeless. Sadly, their suffering often goes unnoticed.

Myths and misconceptions surrounding the virus have taken root in children like them. Exposure to a continuous flood of international and domestic news has caused many like them to lose sight of which risks are real and which are terrifying lies in their mind. Seeing the rising number of infections and global death toll statistics have clouded their view of hope. 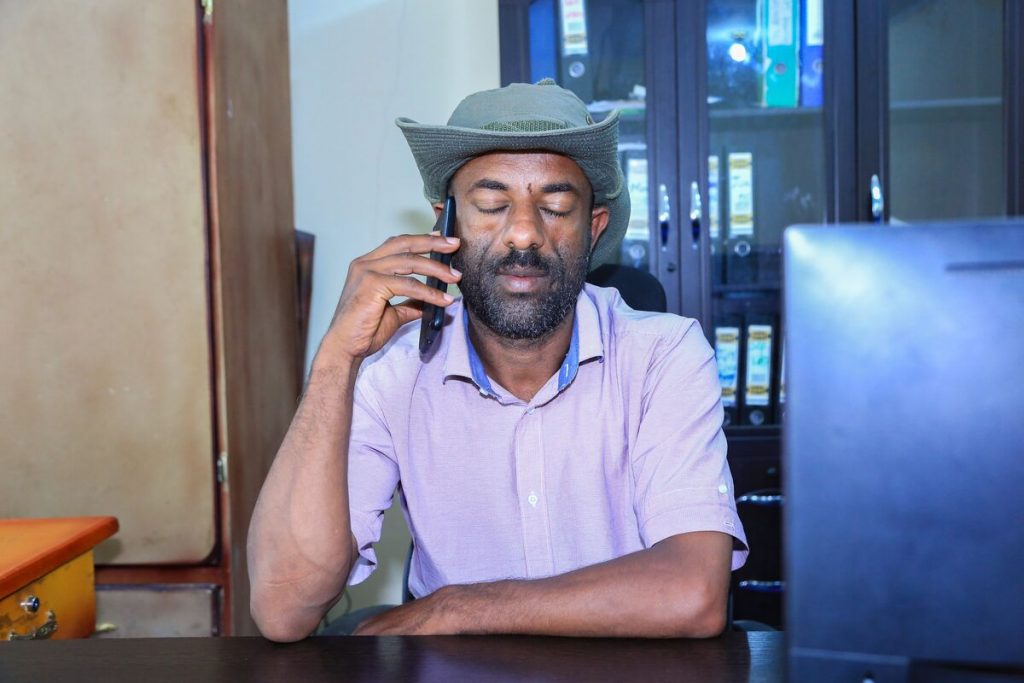 At a nearby Compassion centre, director Letarik has been aware of these realities and the way that the virus has impacted children and youth in a deeply emotional way. He knows that now more than ever children need tangible hope.

“I believe that it is in times like this that children need us to bring back normalcy in their lives,” says Letarik. “They trust us enough to expect words of hope from us.”

Determined to bring hope to the children and youth in their care, church members, volunteers and centre staff started brainstorming creative ways they could serve the children.

Hope is a phone call away

Staff and volunteers providing support were provided with comprehensive training that would help them identify children’s specific emotional needs through their conversations. Each was assigned five children to call every day—each child receiving one phone call every week. 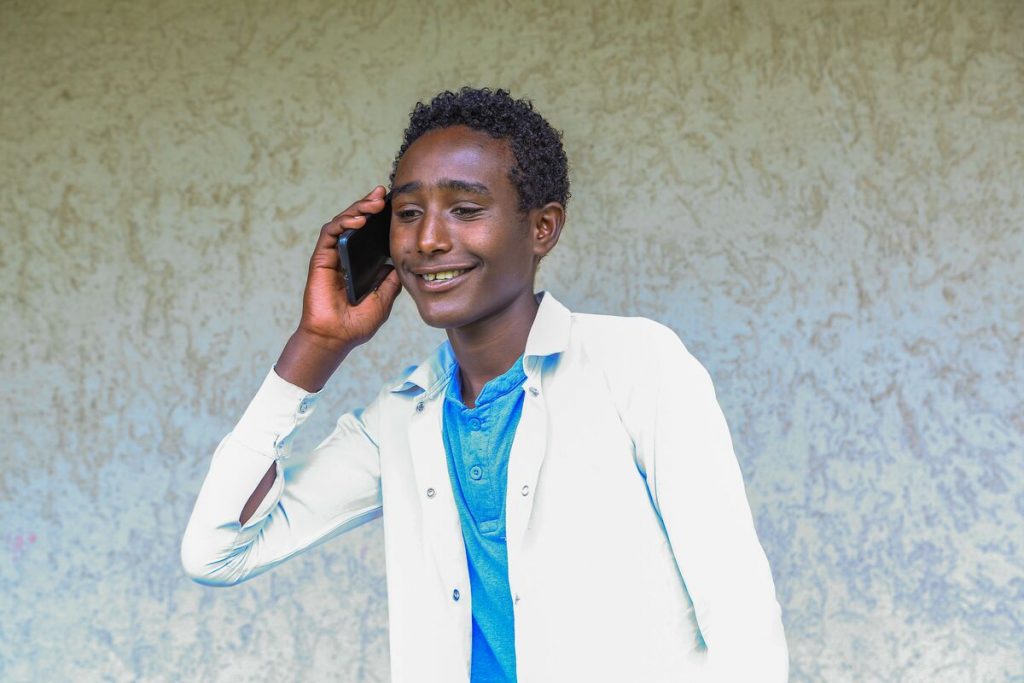 Sadam is one of the youths who has benefitted from the phone calls from his centre staff.

As they started their first round of calls, it became abundantly clear how much this consistent psycho-emotional support was needed. From the other side of the line, children quickly began revealing that they were anxious, and some, depressed.

Often through tears, staff and volunteers prayed, counselled and listened.

“I was shocked to receive a phone call from the Compassion centre,” shares Gobene, Sadam’s mother. “Not because I wasn’t happy to hear from them but because the phone call meant that my prayer was heard. I didn’t know what to do with my son. He was in pain and I couldn’t convince him to take him to the hospital. All of us were scared.” 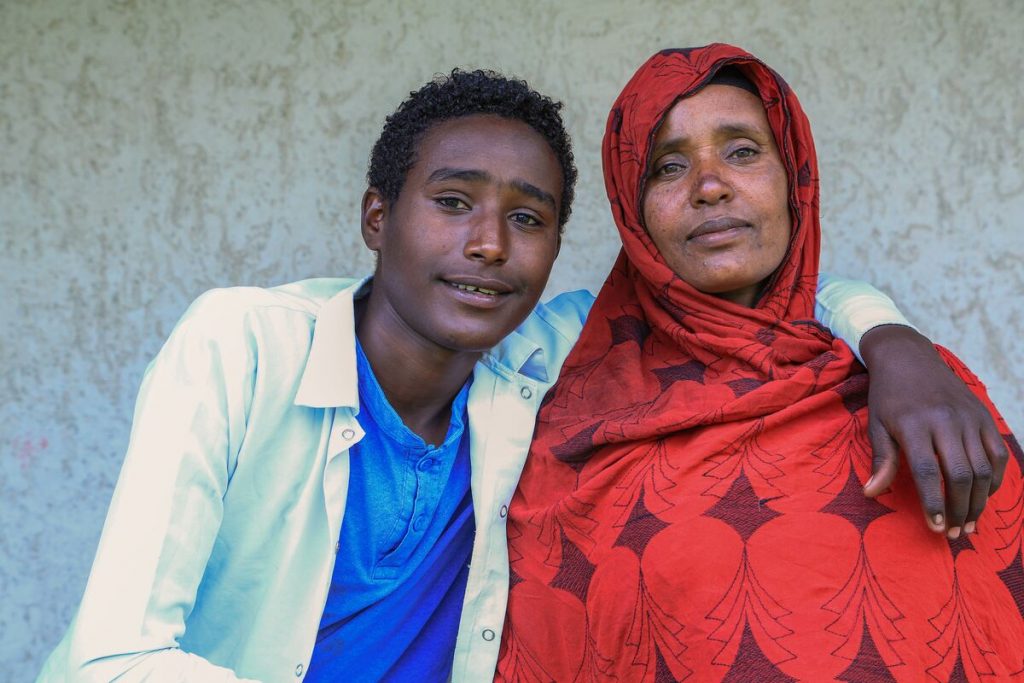 When volunteers reported Sadam’s case to Letarik after hearing about his struggles, he immediately reassured Sadam, and took him to the dentist where he received treatment. The constant phone calls afterward have deeply encouraged Sadam. Now, he looks forward to every phone call that always ends with a word of prayer.

“I can see the joy that faded from my son is coming back,” says Gobene. “He has gone back to being the caring and witty boy that he was. It is not just him that waits for the calls, but the whole family, because they put everything in perspective for us.”

As for Fetire, who was once too paralyzed by fear to go outside, she has found peace again thanks to the prayer and counselling she regularly receives over the phone. 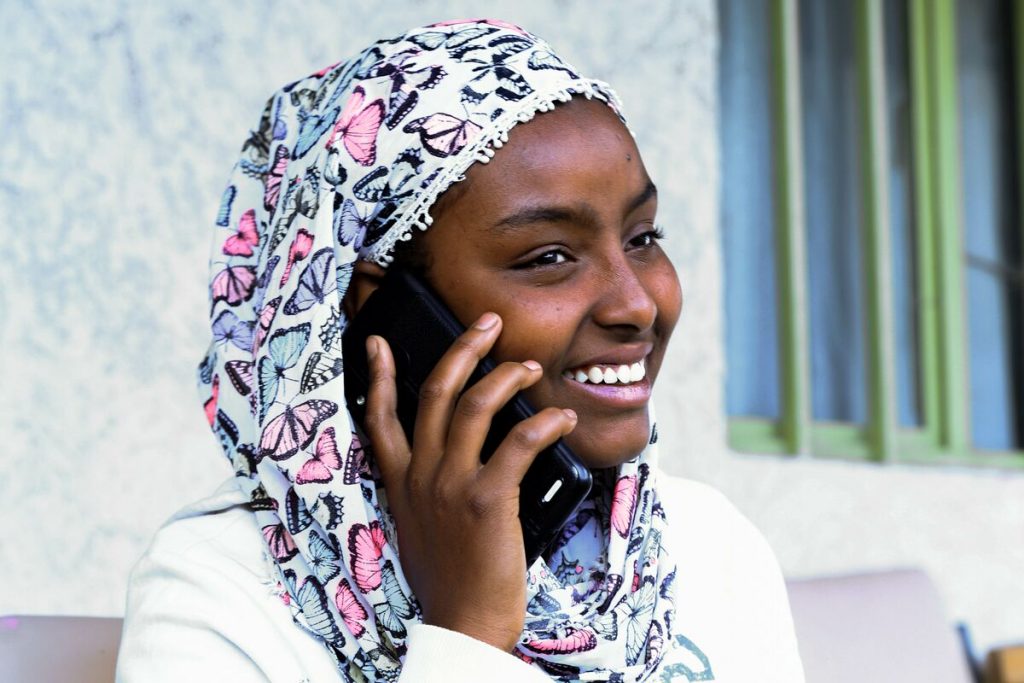 Fatire talks on the phone with a Compassion staff once a week, as well as receives support from a psychologist.

“I was excited to hear the voice of the staff from my Compassion centre,” she says. “My heart leaped with joy. For the first time since I stayed home, I felt hopeful. I told them I was depressed and didn’t know what to do. They prayed for me. As always, it worked.”

As well as receiving regular support from the centre, children and youth like Fetire who required extra support were connected to psychologists, providing them with further opportunities to heal.

From fear to thriving 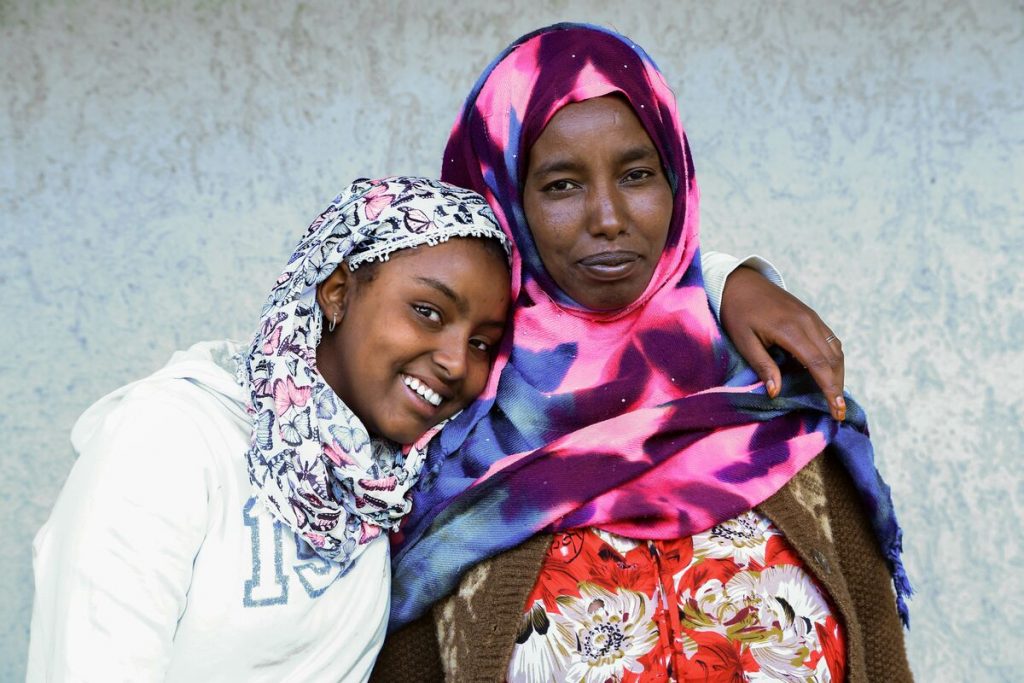 Fatire and her mom.

Now that the children and youth have gotten used to the calls, they have started calling their designated volunteer just to chat. They have become relaxed and their understanding of and attitude towards the virus have completely changed.

“The weekly phone calls have brought back my daughter’s beautiful smile,” says Fetire’s mom. “In addition to the encouraging words of the staff, my daughter is now focused on doing handcrafts that are helping her cope.” 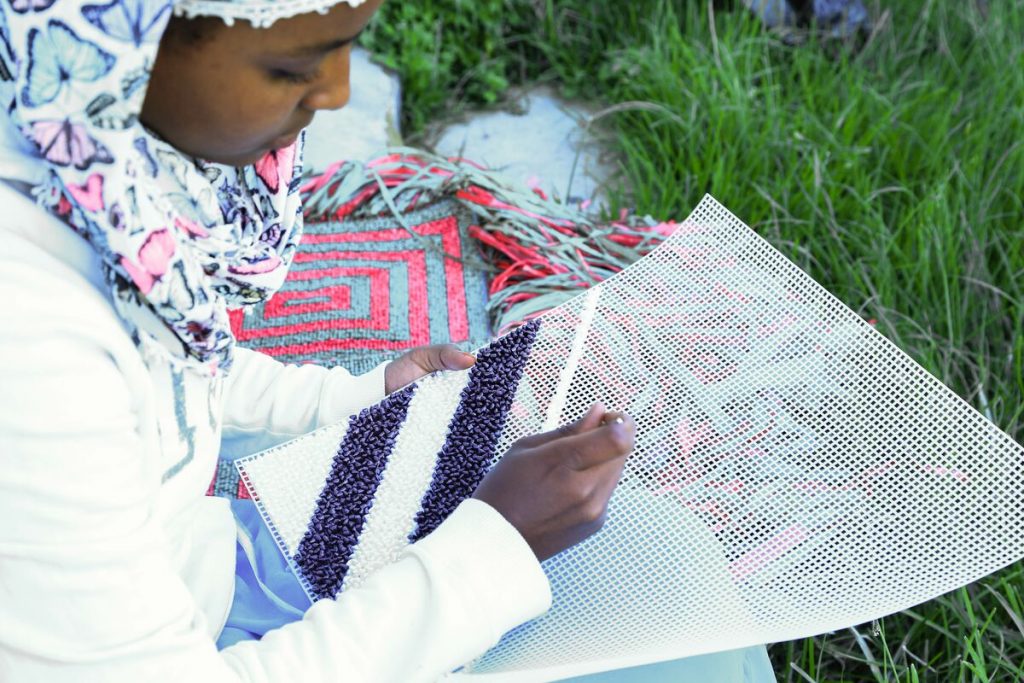 Fetire has found handcrafts to be another helpful resource for her anxiety.

Today, Fetire steps outside without fear to enjoy the kiss of a warm gentle breeze. Sadam enjoys a laugh with his family, who is enjoying his witty character that has always brought the family together.

“Our joy is in strengthening and encouraging our children in this crisis,” says Letarik. “We are committed to coming out of this more united and our bond with our children even stronger.”

No one should suffer alone—especially children. Find out how you can support your children through the difficulties of quarantine today.