In February, Compassion partnered with Inspire Our Nation at the INSPIRE Youth Speakers’ Bootcamp. Teens had the opportunity to hear from speakers across Canada, learn and practice communication skills and prepare their own 5-minute talk on a topic of their choice. We were so inspired by the teens who shared about their faith, mental health, identity and making a difference!

Fourteen-year-old Junia from Toronto, Ontario chose to speak about Compassion, challenging her peers to take action in the fight against poverty. Watch her inspiring 5-minute talk below.

We had a chance to ask Junia about her experience at the bootcamp and why she believes youth can make a difference. We hope you’re as blown away by this inspiring teenager as we are!

Compassion Canada: First, can you tell us a little bit about yourself?

Junia: My name is Junia and I’m from Toronto, ON. I am 14 years old and I have four brothers and one sister, so there are six of us in all! I play violin and piano, and I’m going into Grade 9. Some things I like to do in my free time include calligraphy, reading, any kind of art, being outside and playing with my dog, Chester. 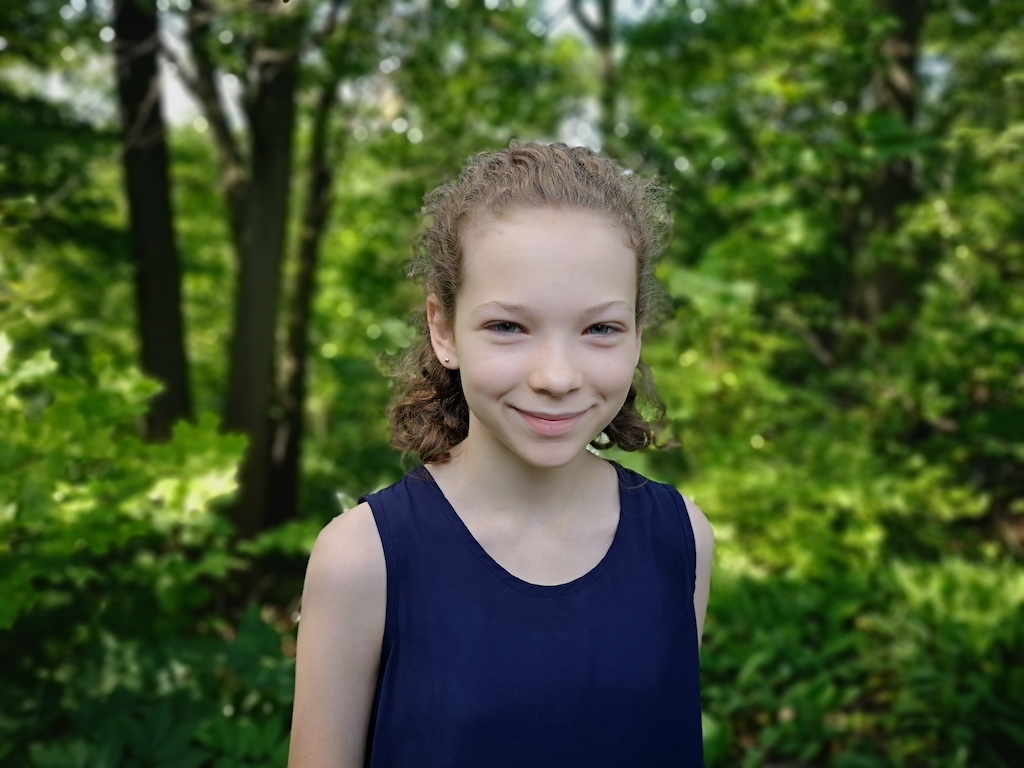 CC: You were part of the INSPIRE Speakers Bootcamp back in February. What drew you to being a part of that?

J: I hadn’t heard of it until less than a week before, when my friend invited me to attend! I wasn’t sure what to expect, but it was very helpful and encouraging.

J: I knew about Compassion from my parents, as they sponsor twins from Rwanda, but was never super engaged or interested in it. After hearing about it more in-depth at the Bootcamp, I was drawn to speaking about it because I think it’s something that people need to know about. I had never really known how bad people’s living conditions and lives were, and hearing it spoken about really drew me to craft a talk about it. It’s great how through Compassion, people like us can change someone’s life across the world.

CC: Can you share anything new you learned while crafting your talk?

J: While crafting my talk, I learned how to speak up about things I care about, and be confident while speaking. I think that it was super helpful that before I even thought about what I was going to speak about, we heard different talks by different people about all sorts of subjects, which was when I got inspired to speak about Compassion. Just hearing people speak passionately and confidently about different subjects helped boost my confidence to speak up.

CC: What was your biggest learning or takeaway from the Bootcamp?

J: It was speaking with confidence, and not being afraid to sometimes do “silly” things while speaking. Another important takeaway was how to craft my talk to fit the situation and audience I’m presenting to. It really helped me to learn how to engage my audience and make them interested in what I’m speaking about (for example, if you’re speaking to kids you should include things in your talk that they’re interested about, like sports and games, and tie that into your subject).

One of the people who presented at the Bootcamp was Alison Springer, a youth speaker from Calgary. Her talks were funny and interesting because she wasn’t scared to do things that I might be embarrassed to do in front of people. She spoke with such confidence that I was so engaged and interested in her talks.

CC: Why do you think it’s important for youth to get involved with things like poverty alleviation?

J: Youth can make a difference too, not just adults. It’s a good thing to get involved in because so many youths these days don’t have anything they really care about, and will often spend their free time not knowing what to do, or doing stuff that doesn’t benefit anyone. If you know about poverty alleviation, you’re more likely to do something about it. Even doing simple things, like giving to something like Compassion, which will put it to good use to help reduce poverty, makes a difference. Imagine if every youth did a little bit. A lot would be accomplished.

CC: What encouragement would you have for other teens who want to raise their voice and speak up about causes that are important to them?

J: Don’t be nervous or embarrassed while speaking. The more confident you are, even in doing something you think is scary, the more people will listen and do something about it. We’re always our own worst critic, and something you might think is embarrassing, other people don’t even notice.

On International Youth Day, you can empower a teen living in poverty through child sponsorship.