Do you ever wonder about the long-term impact of sponsorship? Or where your sponsored child might end up 30 years from now? So many sponsorship graduates say Compassion changed the direction of their lives—teaching them to love God and serve others.

Here is what three former sponsored children are up to today. 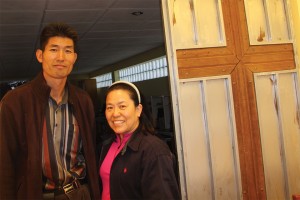 Esther: A Missionary to Bolivia

Kim Sung Je, or Esther, as she’s called in Bolivia, was a sponsored child in the first country where Compassion ever ministered—South Korea. Her family lived in extreme poverty because her father was ill and couldn’t work. Through Compassion, Esther got the chance to go to school.

She gained more than an education:

“Since my mother was the one who worked, she didn’t pay much attention to me. But my sponsors used to send me letters and gifts and I loved that very much. They prayed for me a lot, and that’s why I wanted to become a missionary.”

Seventeen years ago, Esther moved to Bolivia as a missionary because she heard of the extreme poverty there. She met another Korean missionary, Caleb, and they married and started a church. Now they not only lead this church, but they also minister to 350 children through a Compassion centre at their church.

Esther says she gained this vision through being sponsored.

“In Compassion, I learned to have a vision,” she says. “I wanted to be a missionary to help children and evangelize them.”

Now Esther is passing on what she gained from Compassion Korea to the next generation of children in Bolivia. 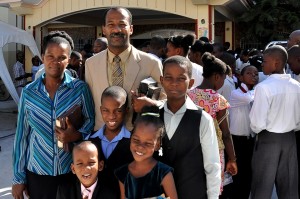 Jean: Feeding the Poor in Haiti

Jean Saidel is his father’s 30th child. His mother, one of his father’s five wives, died when Saidel was only three years old. His father was abusive, and Saidel’s early years were difficult.

But when he was just a boy, Saidel got sponsored. Through the Compassion program, Saidel learned music theory and found he had an affinity for music. He became the choirmaster of three church choirs. He also learned vocational skills that he later used to put himself through college.

Saidel is now 40 and the only one from his large family to have attended college. He studied administration, accounting and music.

Over the last 20 years, Saidel has been giving back by serving God and others. He was the director of programming for the two most popular evangelical radio stations in Haiti. He used every opportunity to deliver a message of hope to the next generation. Now Saidel serves as music director in his church, supervising musical groups and choirs.

“Today, not only can I take care of my family, but I am also helping others in need,” he says.

Saidel and his wife also run a restaurant that serves people who have nothing to eat. They hope the restaurant will serve as an evangelism centre where people can eat for free and also hear the good news of salvation through Jesus Christ. 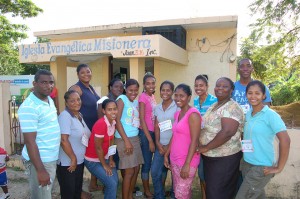 Apart from poverty, one of the biggest problems in Los Asises, Dominican Republic is voodoo. Voodoo feasts are common in this small town. People eat glass, cut themselves with knives and drink large amounts of alcohol. Becoming possessed is one of the main events of the voodoo feasts.

Unfortunately, children often participate in these feasts and grow up surrounded by spiritual darkness.

But the Evangelical Missionary Church in Los Asises, in partnership with Compassion, is shining the light of Christ in these dark places. Hector Ulises Casanova was one of the first children ever sponsored through Compassion at this church.

“I was enrolled in the Compassion program at the age of six,” Hector remembers. “As a child, that moved me very much. We were given new shoes and new clothes. I kept growing in the church and acquiring the necessary knowledge [to be a pastor].”

Now Hector is the pastor at the Evangelical Missionary Church, leading his community to advocate for children.

Recently two girls became very ill. Local doctors missed that they were sick with dengue fever and cholera. But the diligence of staff at the centre ensured these girls got treatment that saved their lives.

The church is also helping educate their community about nutrition to lower the rates of malnutrition.

But most of all, Hector is leading his church in sharing the transforming love of Christ in this town once dedicated to voodoo.