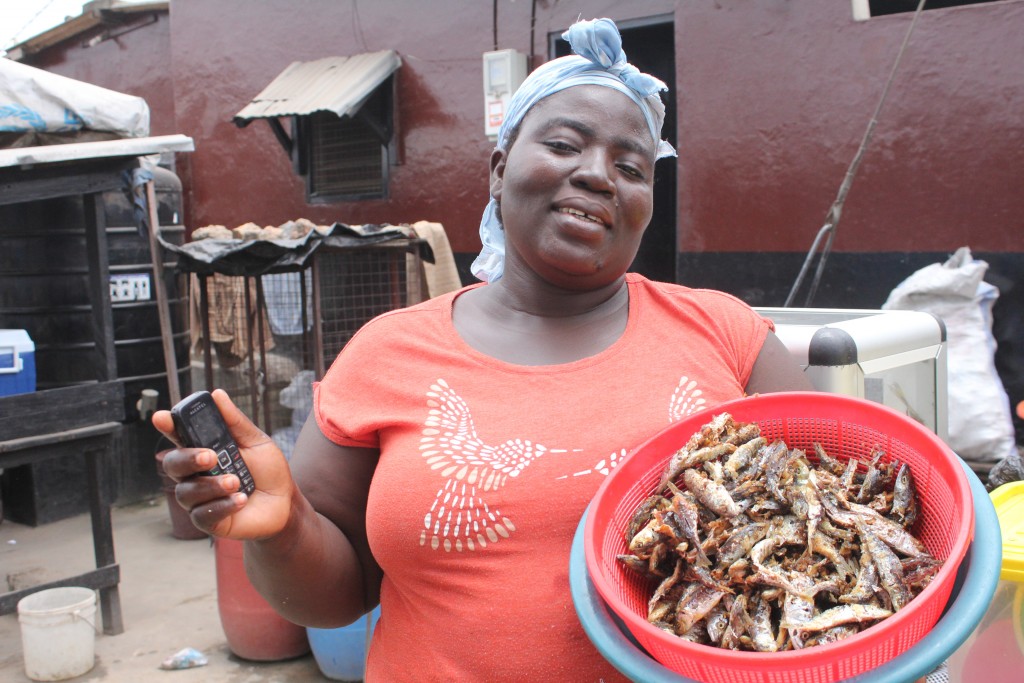 If you’ve ever visited low-income communities abroad, you might have been surprised to see how many people have cell phones. From businesspeople in suits to women hawking tomatoes on the streets, everyone seems to have a cell phone in their hand.

This can lead people to ask, “If they are so poor, why do they have a cell phone?”

In years past cell phones were a luxury, a supplement to a landline. But today cell phones are an affordable way for people living in poverty to manage and grow their small businesses and communicate with their loved ones.

Call plans aren’t expensive. A SIM chip is about six cents, and it automatically gives you a phone number. To maintain this number, you only need top-up cards to add minutes to your phone. Top-up cards can cost as little as three cents. Although the initial investment of a cell phone is expensive for someone living in poverty, the ability to grow your small income and better feed your children is worthwhile. And people living in poverty do not have landlines or computers at home to communicate, so it is their primary means of communication. After all, can you imagine trying to get a job, maintain a business or gain clients if you had no means for people to contact you other than walking to your home? 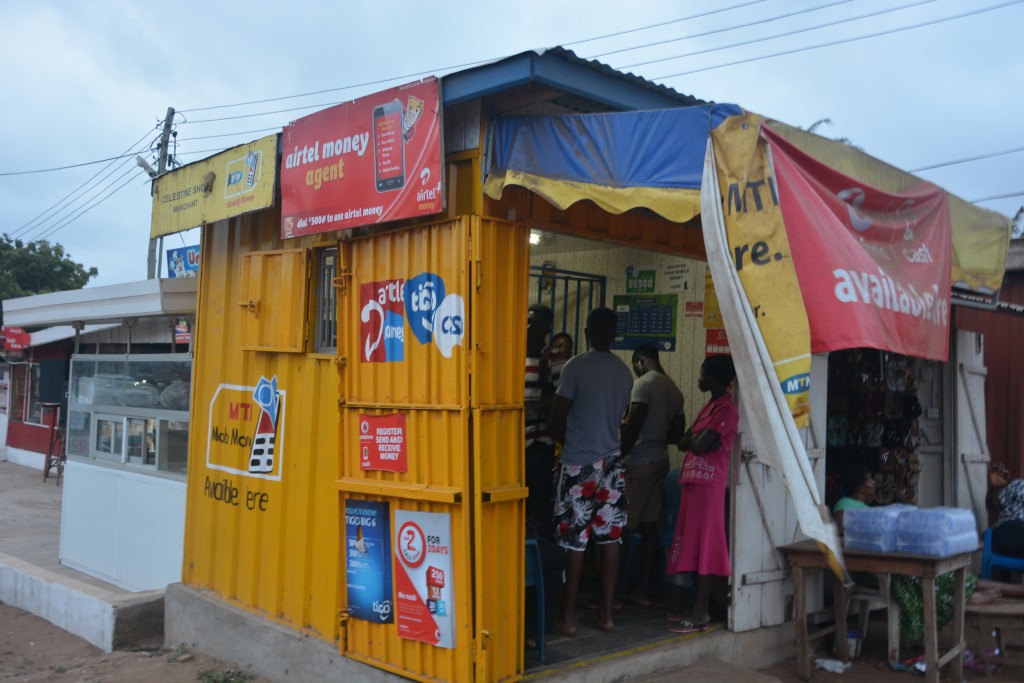 Now nearly every adult you encounter in the capital of Accra or any major city or village in Ghana has a cell phone. The parents of Compassion children are no different.

Adams Adama Tagoe is a father of three children and a professional photographer. His phone enables him to serve his customers effectively. Because he is able to keep in constant communication with his clients, he is able to easily deliver photos to them. Because he has a phone, he has been able to get more work from clients who passed his number on to others.

Adams was able to pay for his phone over three installments. It was a stretch, but it was worth it because, as he says, “money begets money.”

Amina Abubakari is mother of a Compassion child who has a cell phone. She received her phone as a hand-me-down from an adult nephew. She uses her phone to stay close to family members who live far away. She also saves hours of travelling to the market centre to buy ingredients each week for her food-selling business. Rather than spending money and time on transportation, she can call vendors to supply her at home.

Mary Kisiwaa, another mother of a Compassion child, recounted an incident when her child fell sick in school and the teachers were able to reach her quickly on her cell phone. Even though Mary relies on her phone for her business selling fried plantains, she values it even more because she can be linked to her relatives quickly. 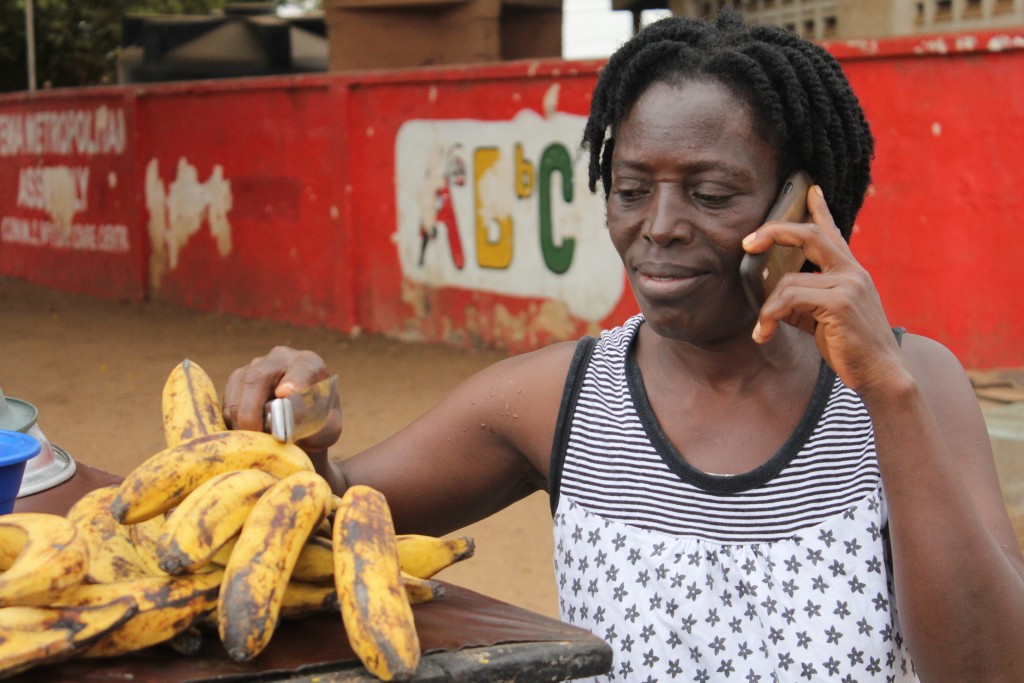 Compassion centre staff also see cell phones as an essential and important tool in their day-to-day dealings with children and their parents. Alfred Mensah, a centre director, shares an example of the importance of a cell phone:

“About two weeks ago, a caregiver of one our teenage mothers in the Child Survival Program called me in the middle of the night. The mother had gone into premature labour. The caregiver was confused and did not know what to do,” Alfred said. “I calmed her and instructed her on what to do. We kept talking even when they left the house until they were safe in the hands of the doctor at the hospital. Everything went well, and at the end of the day, mother and baby were saved. After this incident, I kept asking myself, ‘What if this caregiver did not have a mobile phone? What would have happened?’ I have not stopped thanking God for the mobile phone invention,” he said, laughing.

Godfred Tetteh Abbey is another Compassion centre director who believes cell phones are important for people living in poverty.

“Caregivers who have mobile phones make our work as child development workers easy. We are able to contact them fast, and issues affecting the children are dealt with promptly.” Godfred says he is happy that a lot more people are able to own cell phones now because it is becoming more and more affordable. He prays that they become even cheaper for all to have.

It is time for people to see cell phones as a tool to improve people’s lives. Cell phones are not an extravagance, but a vital tool that allows people living in poverty to improve their livelihoods while linking people together, even the poor and needy.