As you enter Rawa Village in western Kenya, you’re serenaded by clucking chickens and bleating goats. The soil is rich in this green village, and it looks like an idyllic country life.

But something sinister has touched this place.

Rawa Village has been devastated by HIV/AIDS, in part because of the practice of wife inheritance. When a husband dies, his brother inherits his wife—and if his wife has been infected, the disease spreads further. The number of orphans and widows is staggering; virtually every home has been affected.

Askin is an AIDS widow who cares for 12 children.  “When my husband died, I was left with eight children of my own and four orphaned children of my relatives who died of the disease.”

Florence isn’t a widow, but is taking care of an orphaned child. “I decided to assist the girl with basic needs and emotional support when I realized that she did not have a guardian,” she says.

Celestine cares for her two grandchildren, whom her daughter left with her as she finishes school. Celestine battles severe high blood pressure because of the responsibilities.

The church on the hill

St. Stephen’s Anglican Church sits on a hill, and people like Florence and Askin stream through its doors every week. They come with joy and praise, but also with hurts and pain. 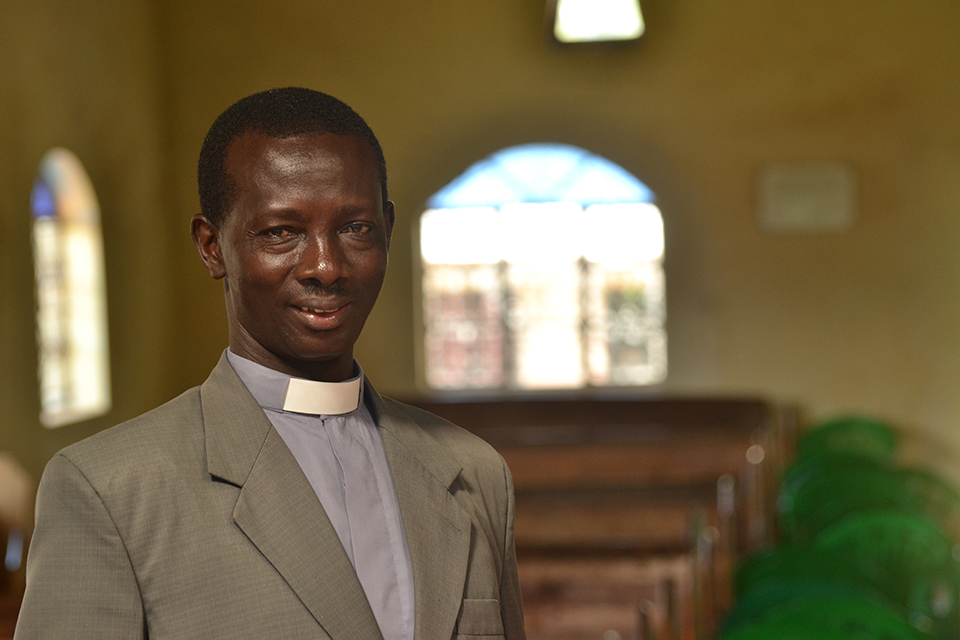 Reverend Caleb Amollo saw the great needs in his community and knew they had to act. “We needed to change our way of thinking from that of only preaching the gospel to becoming more deliberate in assisting the community in times of need,” he says. “We realized the need to empower people economically and serve the children who were exposed and ignored.”

The church made a concerted effort to reach out. Groups taught mothers and fathers small business skills to earn a living. But children who had no parents, who had been orphaned by AIDS, were still destitute.

So in 2005, St. Stephen’s partnered with Compassion to reach out to these vulnerable children. The church now ministers to 262 orphans through Compassion. Although it’s a start, it is just the tip of the iceberg—many other children still need guardians who can care for them.

“We shared ideas for various ways of enabling one another,” says Florence who, together with other parents of Compassion-sponsored children, including Askin and Celestine, decided to come together for a cause. “Last year, we decided to rear chickens for commercial purposes. The Compassion program helped us with training and the initial capital. I am planning to expand my shed to accommodate 200 chicken of my own.”

Askin now has 100 chickens that lay eggs every day. She sells the eggs, and the proceeds have enabled her to put her eldest son through school, buy a cow and care for her 11 other dependents. “I feel like I have been helped to bear my burden,” she says.

Celestine’s efforts have made her the talk of the village.

“Since I got involved in this project, my life made a turn around. I started with 50 chicks, which increased to 200 in a short time,” she says. “All of a sudden, I did not have enough room to keep all the chickens.”

Celestine saved enough money to build a new house, turning her old home into a chicken house. “These chickens have given me a new home,” she says. “I was able to save money, little by little, until we finished this structure. I also have managed to buy sheep, goats and two dairy cows.”

Giving back to Rawa Village

It would be easy for these mothers to care only for their families. But St. Stephen’s challenged them to reach out to their neighbours.

“I was challenged to help the many orphans in our community,” says Celestine. “We used to see them go without food, clothing and a chance to have an education. We decided to feed them every Thursday and contribute some money for their school uniforms. So far, we have 20 other committed adults in our group, and each member is responsible for three children. We support 60 orphaned children, and one of them has just become a college student.”

Now others in the community are coming to the widows to learn how to start their own businesses. The church has gained respect from the community as a genuine ally. Many people have come to know God. Celestine never used to attend church. But now she, along with many other widows and orphans, has found a family in the church.

Story and photos by Silas Irungu, photographer and writer for Compassion Kenya. Silas is not only a singer and lover of the great outdoors, but also a graduate of Compassion’s Leadership Development Program.