Before the morning sun had even peeked over the horizon, 11-year-old Yunita was up and ready to accompany her grandmother, Welmince, to fetch water at the well. With the particular coolness of dawn hanging in the air, the two set out on their daily hike at 5:00 a.m. sharp, hoping to be met by a thinner crowd at the well.

Yet despite their early start, they were still greeted by a line at the end of their half-kilometre journey for water. It’s a daily routine that takes at least two hours each day with a yoke balancing two buckets for water balancing on their shoulders.

“Sometimes I didn’t want to wake up, because I felt tired and my shoulders have become painful doing the same thing every morning,” says Yunita. “But I should help my grandmother, even when I feel tired. I’m happy to do it because she has been taking care of me since I was a baby.” 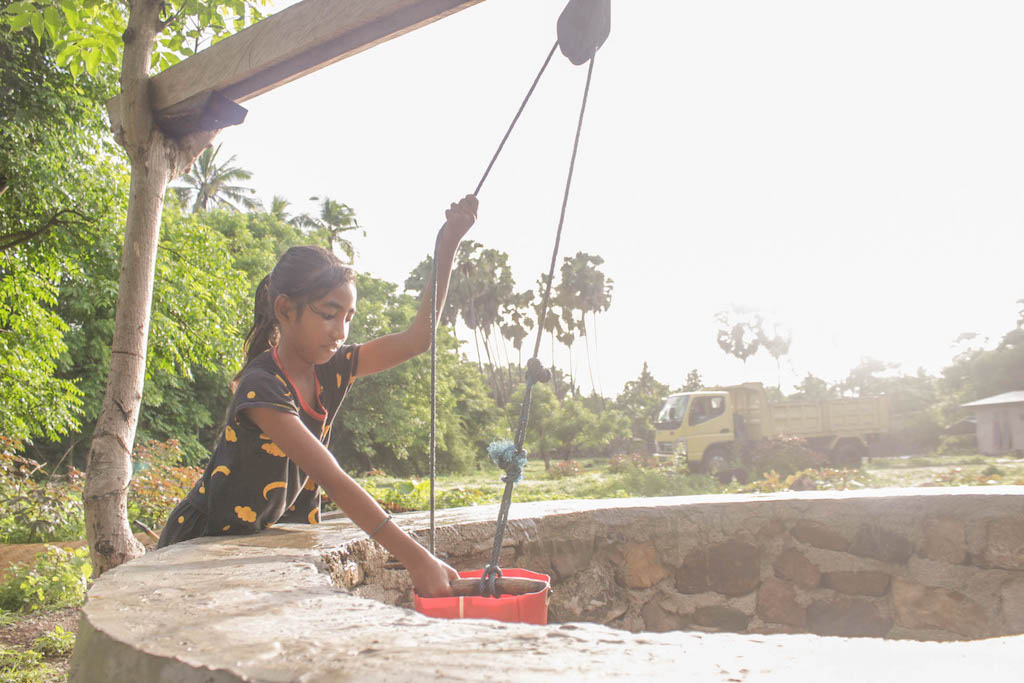 What makes the situation even more cruel is that the water Yunita and Welmince collect isn’t even safe or clean—it is usually mixed with mud or sand. Water shortage is a big problem for Yunita’s community on Sabu Island in Indonesia. Only two of eight wells in their village have water. The rainy season on the island is short, between 11 to 69 days from December to March, while the dry season can last for up to eight months.

“If only we could get clean water quickly, maybe I could have slept a little longer,” says Yunita.

According to the United Nations, despite progress, 2.2 billion people around the world still lacked safely managed drinking water in 2017, including 785 million without basic drinking water.

A lack of access to safe water, as well as proper hygiene and sanitation, has far-reaching effects on people living in poverty. As we’ve all been reminded of in the past year, handwashing is a vital part of limiting the spread of deadly diseases. Beyond that, unsafe drinking water can lead to the spread of deadly diseases such as diarrhea and cholera. According to the World Health Organization, “contaminated drinking water is estimated to cause 485,000 diarrheal deaths each year.” 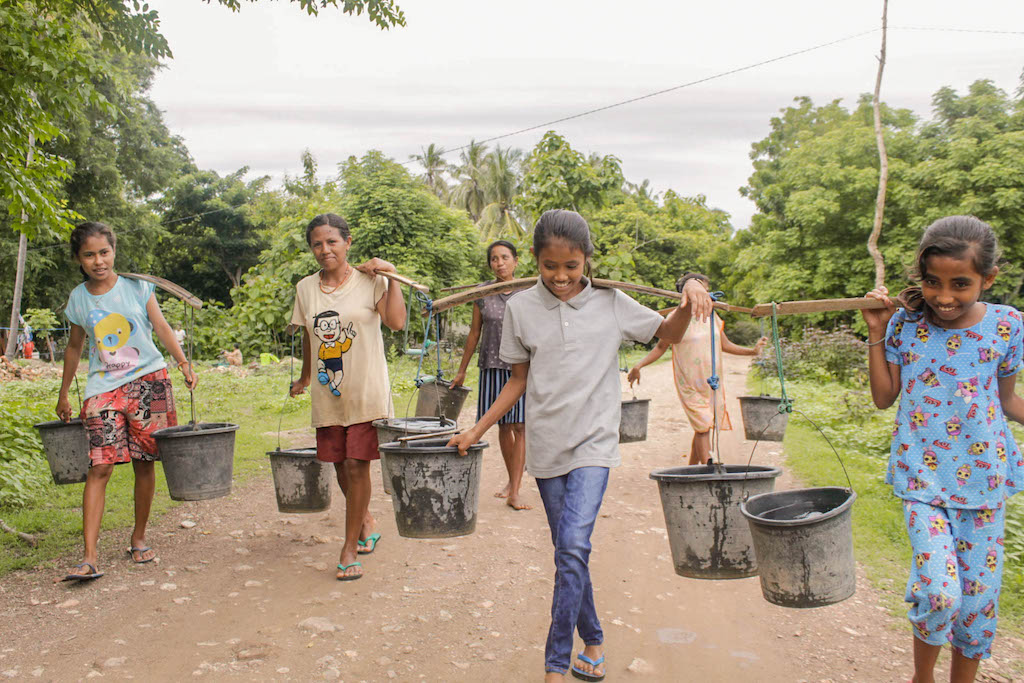 And globally, the burden, dangers and negative effects of a lack of safe water fall disproportionately on women and girls (UN Water). Walking to fetch water or using a communal latrine can leave women and girls vulnerable to abuse or attack. It can also keep women and girls from pursuing education or work. In 2016, it was estimated that collectively, women and girls spend 200 million hours every day collecting water (UNICEF).

Some of those hours were the ones spent by Yunita and Welmince. That is until everything changed for the better.

A clean water project changes everything

In October 2020, the Compassion centre at the local church partner in Yunita’s community began a project to build a well in the village. “It sounded like a prayer answered,” says Jibrael, the centre’s director.

Thanks to funds raised for safe water by Compassion supporters around the world, the Compassion centre in Yunita’s community was able to complete the well by mid-January 2021. It was a pivotal moment in Yunita’s life—and in the life of the community.

“Now I can get water easily and we don’t need to spend two hours every day collecting it. The water is much better and cleaner than the water I collected from the old well,” says Yunita.

She can now bathe regularly and doesn’t need to worry about saving the dirty water. “I no longer have to worry about the water running out at home because I can go to the project every time, turn on the tap and get water.” 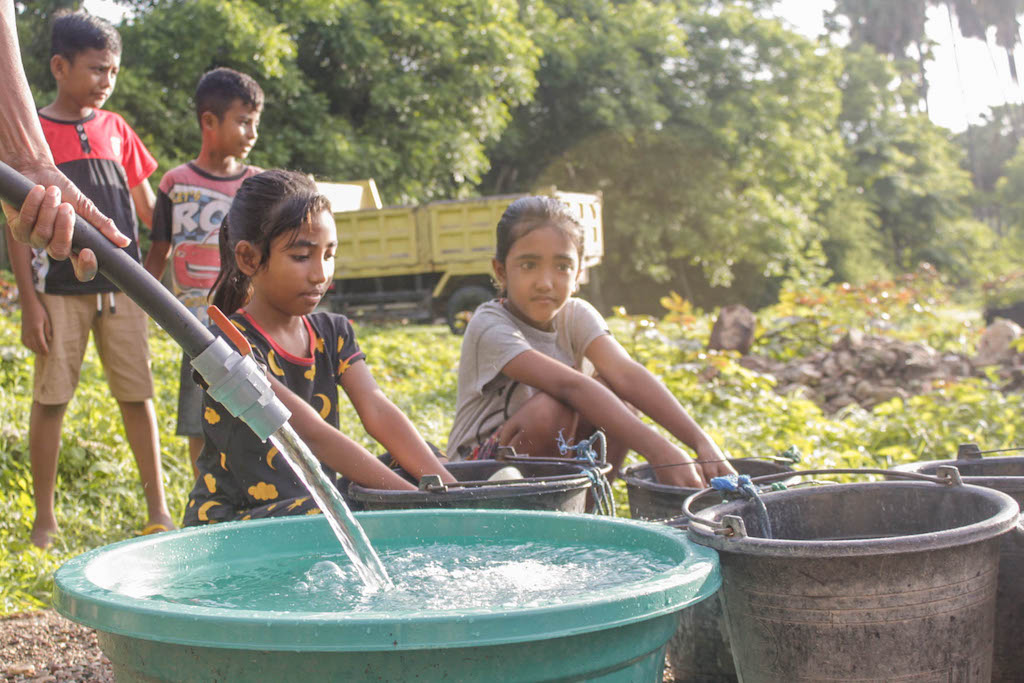 For caregivers in the community like Welmince, life has changed too. “I have more time to spend with my granddaughter,” she says.

The extra time is also being put to good use at the Compassion centre, where Jibrael says caregivers now have the time to participate in meetings and workshops about parenting and income generation.

For the community as a whole, things are better too. The Compassion centre has saved money now that they don’t need to buy clean water. The people in the community are now able to consider growing their own vegetables, something that was never possible before due to water shortages.

“Partnering with Compassion has brought a lot of positive impact and solutions in our community,” says Yosua, the pastor of the church. “Compassion helps not only the children but also the community where the children live. We are working on a program so that parents can grow vegetables in their homes and access water from our well.”

It’s all about sustainable solutions

The experience of this community in Indonesia has happened in communities all over the world where Compassion works. Our Water, Sanitation and Hygiene (WaSH) initiatives sustainable and life-changing. 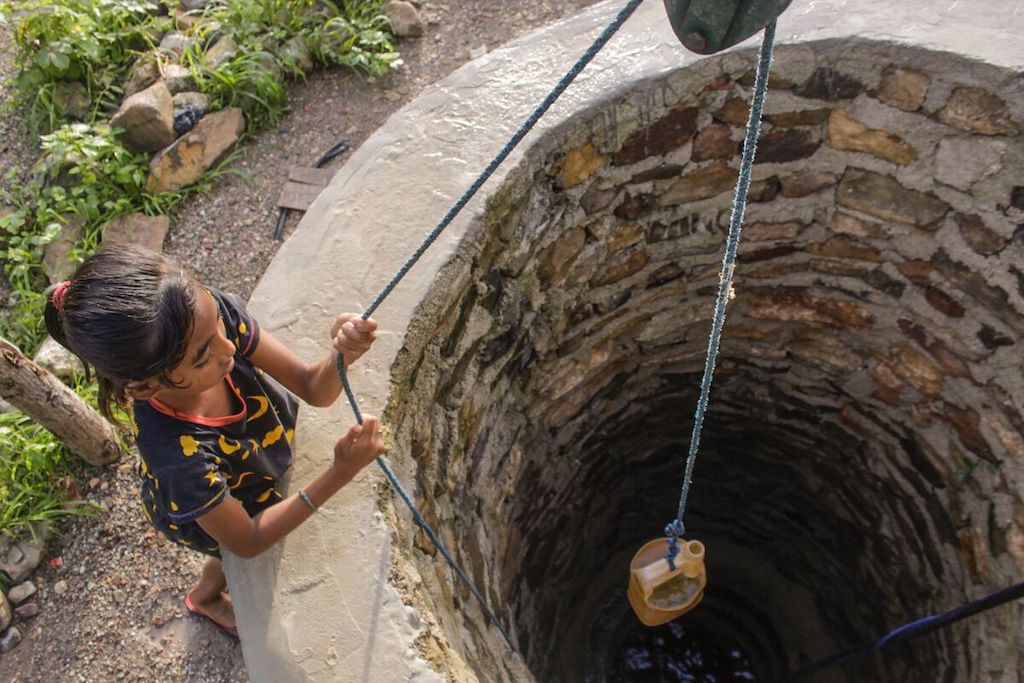 Many international development experts criticize clean water projects like boreholes and wells because they are known to fail within a few years due to lack of local ownership. However, in a 2013 study, 89 per cent of Compassion’s sampled initiatives were still working after two years, and 79 per cent of Compassion centres were able to repair their water projects without outside help. Compassion’s community development interventions are always initiated and implemented by our local church partners, ensuring a high level of local ownership!

Our WaSH initiatives impact entire communities too, as is the case with the well in Yunita’s community. In the same 2013 study, we found that between 41 and 75 per cent of Compassion’s sampled WaSH initiatives were open to the general community and not just Compassion-assisted children and families.

Clean water initiatives can transform entire communities—particularly when they are led and owned by local church partners who are motivated by a desire to see children thrive. 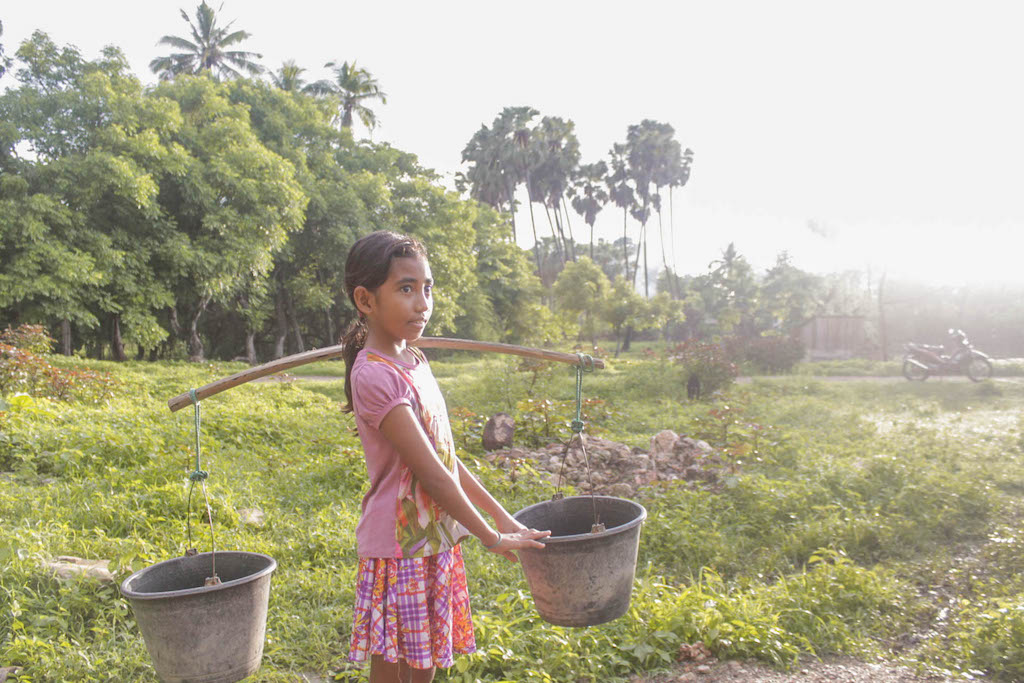 That’s certainly been the case in Yunita’s community. She and her grandmother are saving time that they are now empowered to choose how to use—whether that’s planting a vegetable garden, spending time together or, for the growing pre-teen, sleeping in a little bit longer.

What’s evident is that life for children, women, the church and the entire community has transformed. As Jibrael says, “I know that God has answered our prayers.”

Give the gift of clean water to a child and their entire community.