It wasn’t long ago that Fataw spent his days at the local Compassion centre. Now, his days are spent keeping the streets of Burkina Faso safe.

Job opportunities in Burkina Faso are limited. The ever-increasing rate of youth unemployment doesn’t make it easy to find a well-paying job.

For Fataw, a Compassion program graduate, the story is much different.

“I know that it was God’s plan for me to become a policeman because I couldn’t make it by my own efforts or knowledge.”

Fataw grew up in a struggling family. His father earned a living repairing printers, while his mother sold charcoal in front of their house. Fataw’s parents could hardly provide for the modest needs of their four children.

But in October of 2004, there was an opportunity for Fataw to be registered at the Compassion centre at the local church. 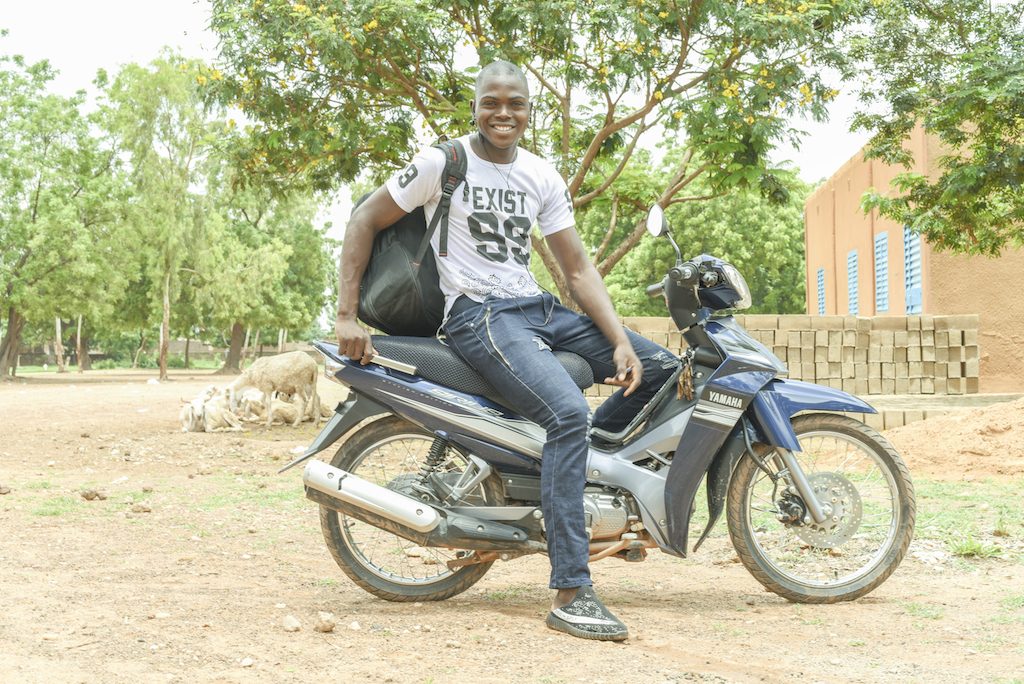 “My parents used to drop me at the centre when I was just 7. I received a good education and Bible teachings at the centre that led to my success. I learned to always trust in God and pray prior to any planning or project in my life,”  Fataw says.

It was at his Compassion centre that Fataw started dreaming about what he could be after he graduated. Developing a keen interest in both policing and mechanical engineering, he decided to pursue policing after gaining the support of his friends and centre director, Joel.

“I applied for the police recruitment for the first time in 2015 when I was 18, and I succeeded by the grace of God.  I know that it was God’s plan for me to become a policeman because I couldn’t make it by my own efforts or knowledge,” Fataw says. 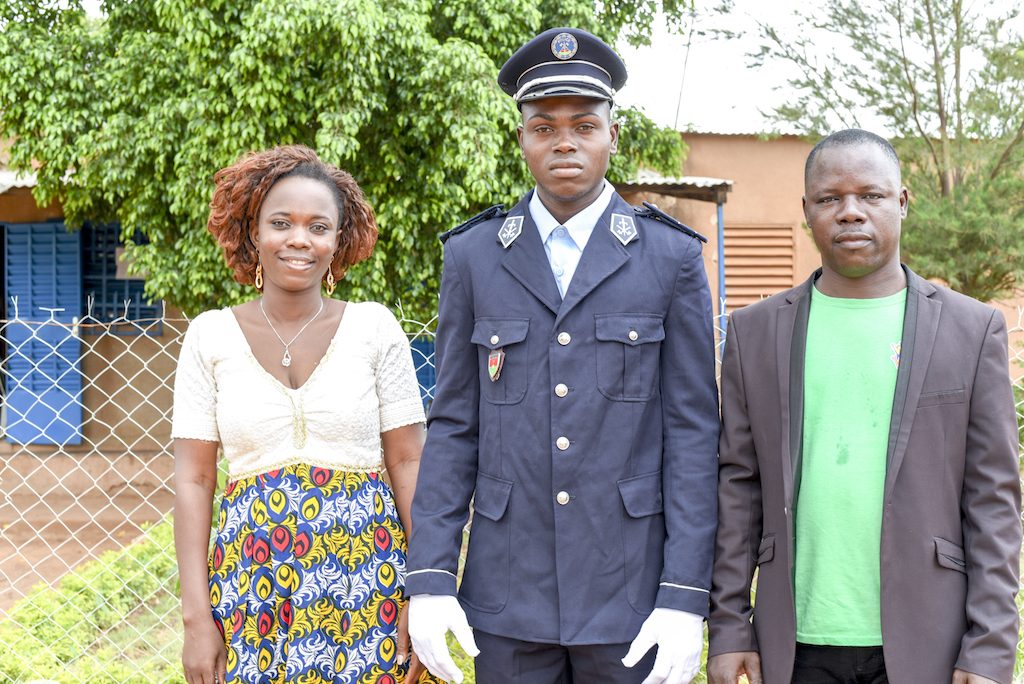 Fataw is grateful for the support and guidance he has received from his Compassion mentors and teachers like Mrs. T (left) and Joel (right).

Fataw has recently completed two years of training at the National School of Police. Now a young police officer, Fataw is ready to serve his country amidst increasing challenges of insecurity and a lack of civic virtue.

“Children who want to succeed in life need to, first of all, be committed to prayer, to then ask for advice from their parents, teachers and mentors and finally to always remember that God has put special skills and talents in every child,” he says.

“I want to be able to sponsor other children in the future through Compassion as a way to give back what I have received.”

“I lack words to say thanks to my teachers at the centre for their daily support and advocacy for children. I am also grateful to Compassion and my sponsors for providing many gifts, school fees and letters because writing and reading sponsor letters have certainly enhanced my school grades.”

The new police officer still relies heavily on the daily prayers of the Compassion centre workers as well as his former sponsors as he seeks to do his job with excellence.

“Please remember to pray for me so that within 10 years I will have completed all the grades to become a police captain. This is now my dream and I know God will make it [happen]. Most importantly, I want to be able to sponsor other children in the future through Compassion as a way to give back what I have received.”

Do you want to be a part of the village that raises a child to do good in their community?