Dancing with her tambourine, Bea commands the room with her beautiful vibrancy. “See good in all things” is not just something Bea wears on her shirt—it is something she wears on her heart.

Just 16-years-old, Bea is a beacon of light everywhere she goes. She loves to bring out joy in the people around her—cracking jokes and dancing spontaneously just to see someone smile. With her luminous spirit and care free demeanor, it would be impossible to know the darkness that has impacted Bea’s family life greatly—that is, the darkness of growing up with an incarcerated father. 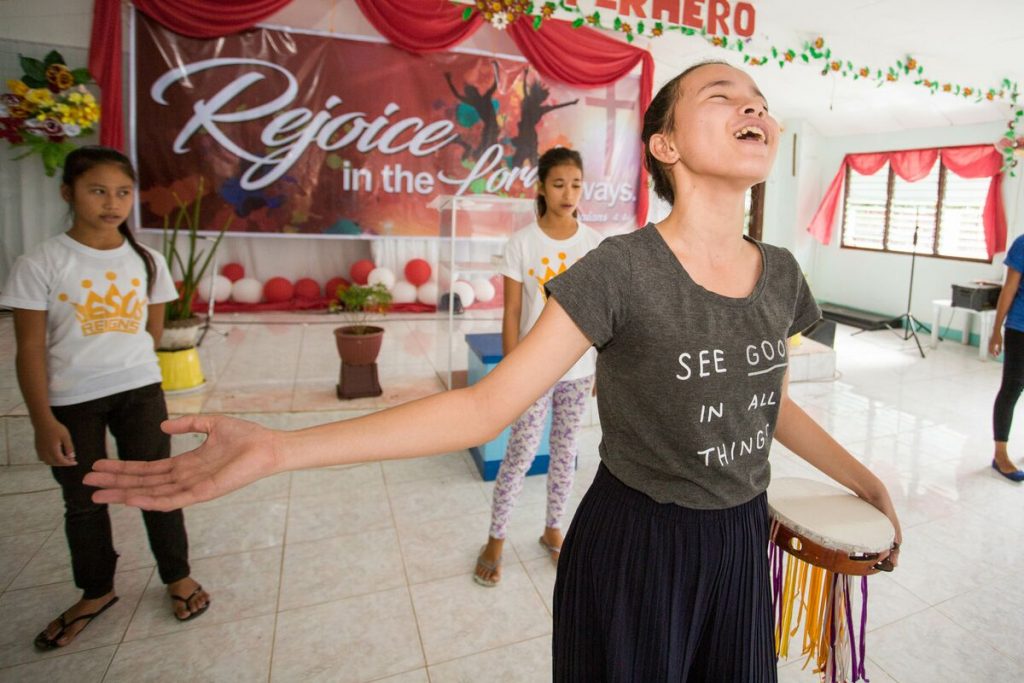 Growing up, Bea’s parents Dax and Norissa were never able to hold steady jobs. With Bea and her younger sister Cassandra to provide for, the gravity of unemployment felt steep for the family.

For years, Dax earned a living undertaking short stints of odd jobs around their community in Bantayan Island in the Philippines. But eventually, Dax moved onto to a more dangerous and surefire way of earning income—selling drugs.

“Those were the darkest days of my life,” Norissa says. “We used to fight a lot because [Dax] let his buddies into our tiny house even at very late hours in the evening. I threatened to kick him out of the house. Jesus was clearly not yet the centre of our family back then.” 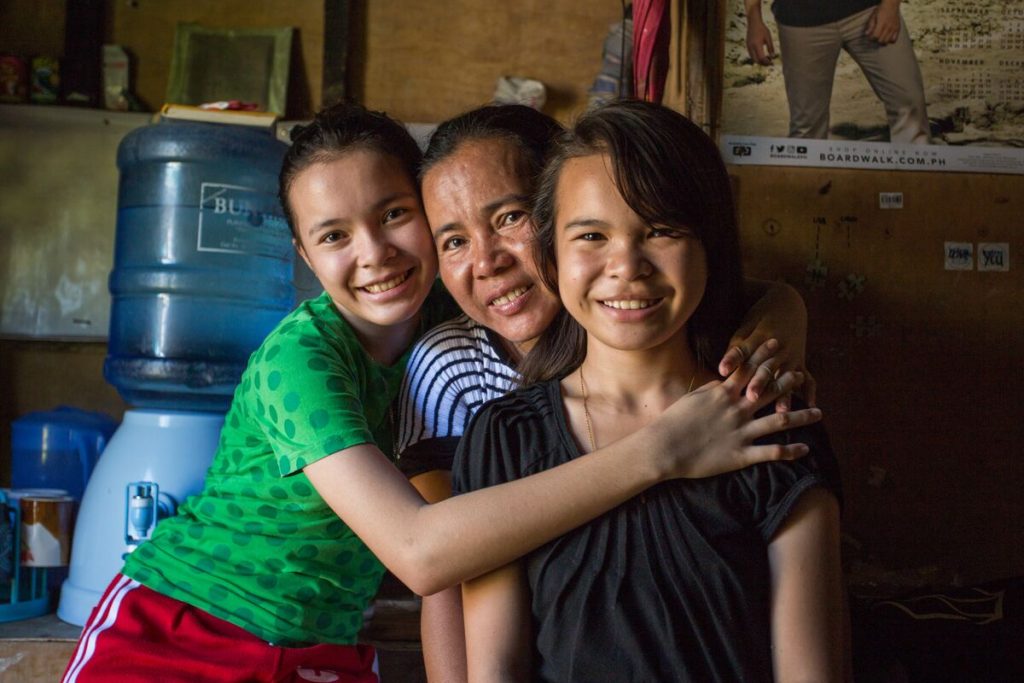 Bea with her mother, Norissa, and her little sister, Cassandra.

Two years after his drug venture began, Dax was arrested by the police and put in jail for drug possession and trafficking. And so, Bea and her sister Cassandra were forced to grow up in this new reality, without their father by their side. How would the family go on?

Around that time, a group of staff from Christian Life Church, a local church in the family’s neighbourhood, approached Bea’s home and shared about Compassion’s Child Sponsorship Program.

“[The staff] said they were sponsoring children so that they could grow to become educated, healthy and godly individuals,” Norissa says. “They wanted to register my daughter in the student centre, but I hesitated.”

Norissa wasn’t quite sure what to make of the offer. But it was her husband, Dax, who convinced her to let Bea join.

“He said it is good for our child to hear about the Bible, and we need the help because we are very poor,” Norissa says.

So, at 6-years-old, Bea was registered at Capstone Generation Child Development Centre at Christian Life Church.

It’s now been 10 years since Bea was asked to join the local Compassion Centre—and her life is completely changed.

“I’m keeping myself busy for God because that makes me happy,” she says. 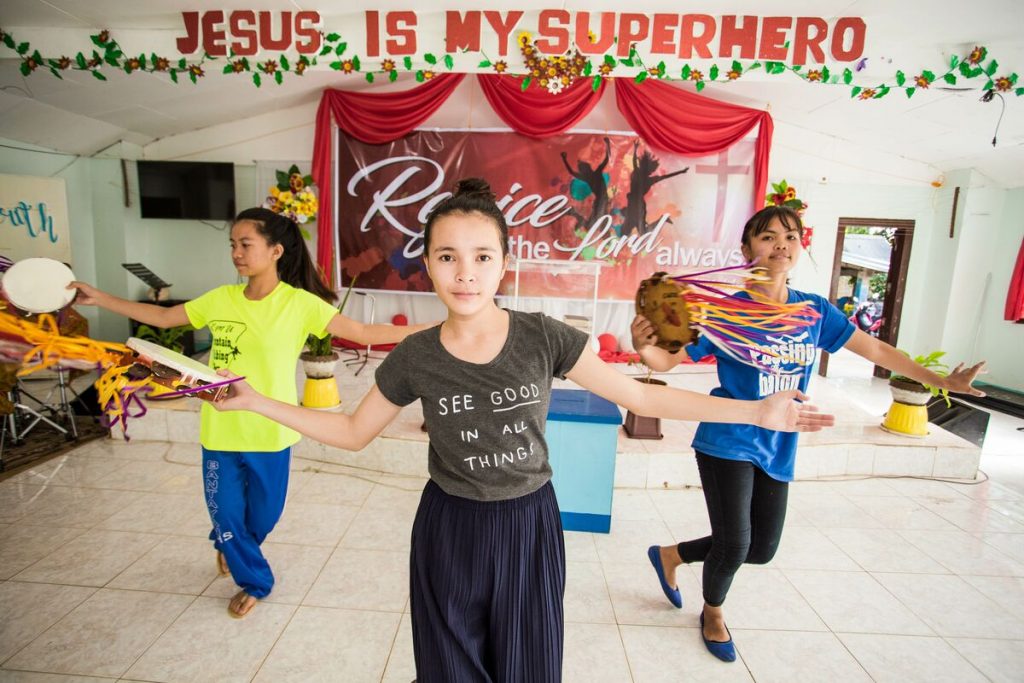 “Keeping busy” may just be an understatement. Each day of the week is spent either at the church—or sharing about it.

Bea is one of the youth leaders at her church. Her weekends are filled with time at the church—prayer meetings, dance practices, worship and fellowship. During the week, she is a student leader at her school, in charge of making policies that promote good student behaviour. Between all of that, she is always looking for opportunities to share the gospel.

She also disciples younger Compassion children, translating their letters to their sponsors into English.

“This is one of the reasons why I am really grateful that I became a sponsored child,” Bea says. “It was here at the centre where I received Jesus as my personal Saviour, it was here where my faith in God was strengthened and it is here where I am now serving God.” 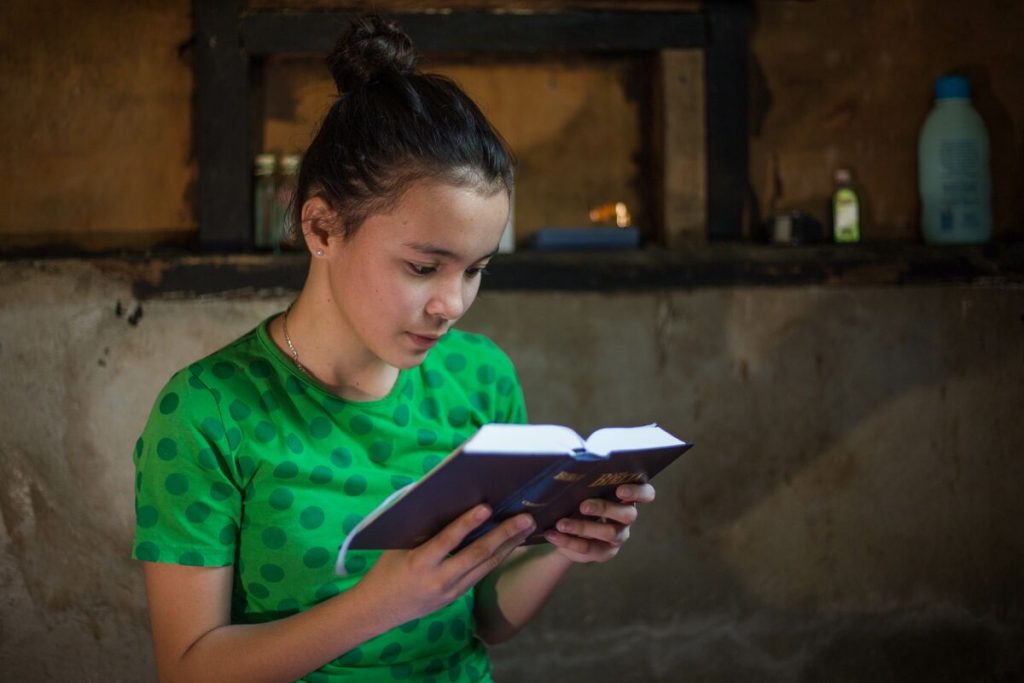 Bringing the gospel to prison

A couple of years ago, Bea’s church started a Bible study inside the district prison. Bea’s father, Dax was one of their first attendees.

Now, every Monday, a volunteer pastor from the church gathers with the inmates to study scripture after a time of worship that they lead among themselves. According to Bea’s mom, Norissa, who visits her husband three times a week, Dax finds great peace knowing that his daughter is growing in the Lord. It motivates him to grow in his own faith.

Today, more than 80 of the inmates have come to know Jesus and regularly attend the Bible study because of the local church. 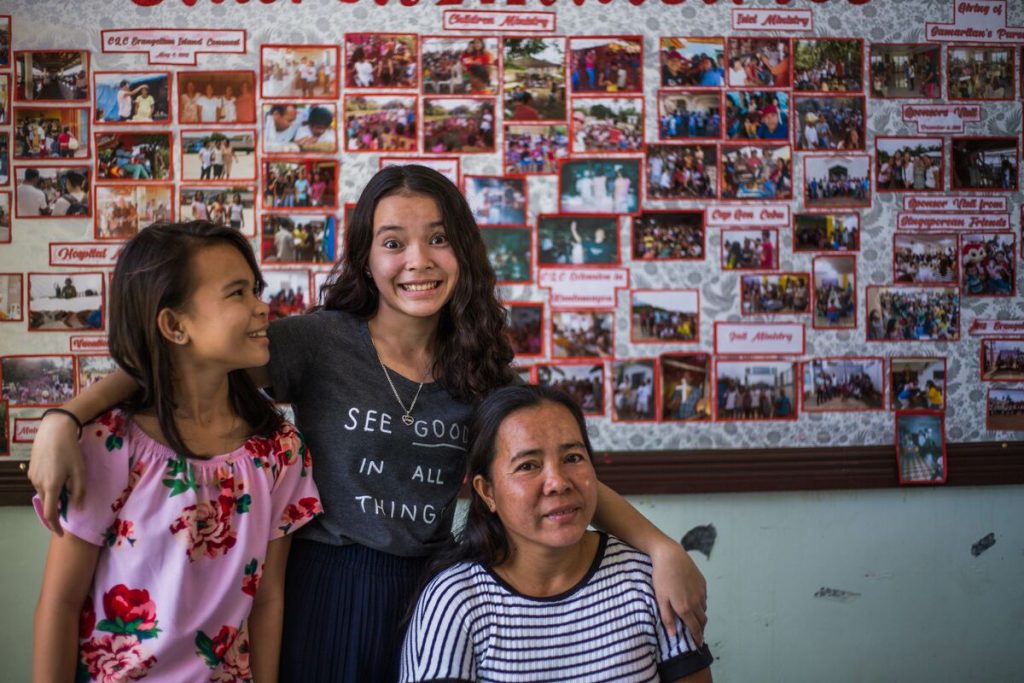 Jesus is the glue

Even though Bea isn’t able to have her father around in the capacity she hopes to, she is quick to see God working in the family’s tough situation.

“The only thing really that could make me sad is when I think that my father is in prison,” Bea says. “But when I think again, I become happy because there he is not doing drugs anymore and he goes to Bible study.”

There is no saying when Dax could be released, if at all.

“But we continue to pray for that day to come, and the first thing I would like to do is to go to church with my father. Then I will really be the happiest girl at church,” says Bea.

“It may sound cliché, but I really am happy when I think of the Lord. Jesus is the glue that holds our family together. If God were not the centre of our family, with our father in prison, there’s no telling what kind of a person I would be now.”

A version of this story originally appears in the Summer 2019 edition of the Compassion Magazine.