On Wednesday, February 20th, many of us had a chance to hear from Compassion Canada’s President and CEO, Barry Slauenwhite. Barry has been with us for 30 years—so he has so much wisdom and knowledge to share. 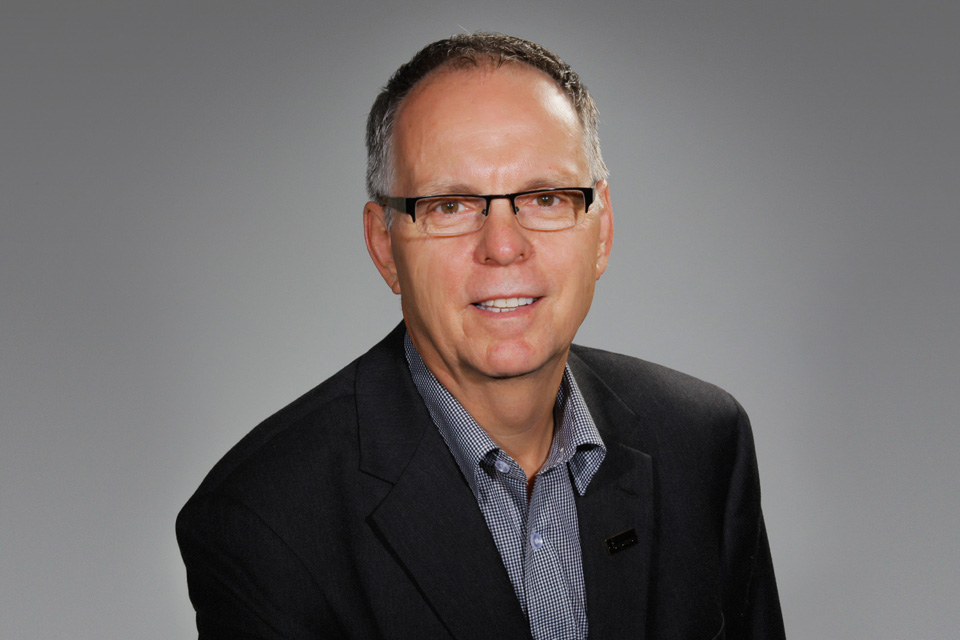 Here are a few highlights from his interview if you weren’t able to join us:

How long you have been serving with Compassion and when did you begin your leadership role as our President?

I’m celebrating my 30th year with Compassion. I’m now in my third career. I started in business, and then moved to full-time pastoral ministry. I did that for eight years and loved it. But during that time, God put a real calling on my heart and my wife’s heart for children.

In 1983, I learned about Compassion, and it became very clear that was what my whole life had been leading up to. When I joined Compassion, I felt I had reached where God had been preparing me for my whole life. Around the 10 year mark, God opened the door to become the president and CEO, which is where I’ve been for 20 years.

How has Compassion stayed the course over the years—not wavering from the gospel and our Christ-centred ministry? How has this been challenged?

It has not been without challenges. Anyone could say that about their life and walk with God. When we try to serve God, the enemy tries to distract us. It’s the same thing with Compassion. But let me tell you this, I say with full confidence that Compassion is more Christian today than it ever has been. I’ve been here 30 out of 50 years, and I have never seen Compassion so focused and strong in following after Christ. In fact, just yesterday I had the sad privilege of having a sponsor cancel because we were too Jesus focused and too much about the gospel. It was sad, but we will not compromise, even if it means we lose you as a sponsor. We could easily be 10 times larger than we are, if we were to take out the whole Jesus component. But it’s not about being big; it’s about being a godly organization that brings people to Christ.

What are some of the amazing opportunities we have by working through the local church?

I met a pastor named Joel in Manila. God called him to plant a church in a very large slum. He’d walk from his house through the slums to get to church. People would hurl insults and tomatoes and eggs at him. The church was robbed and broken into so many times they built a wall with razor wire to protect their equipment. But one day, his church became a Compassion church partner, and they were able to minister to kids in that slum. Through that process, God opened so many doors as parents brought their kids to the centre and they saw people loving their kids. They’d come home with knowledge about the Bible, kids accepted Christ, and their behaviour was changed. Now he says the problem is that it takes him several hours to get to church because everyone wants to talk to him, invite him in their homes and pray with them. He says they’ve seen such a revival, their church can’t hold all the people.

What are some of our obstacles to growth in Compassion?

There’s really only one main obstacle, and that is resources. I was in a meeting a few months ago with staff in Asia. They are prepared to double in size as soon as we have enough sponsors. In almost every area, we could double or triple, if we had the resources. We don’t want more sponsors just for growth; it’s about getting more kids the help they need and an opportunity to find Christ and be transformed.

Almost every day of the year 400 to 500 kids come to faith in Christ through Compassion’s program. You can easily multiply each of those children by four, as every child takes the gospel home and you see brothers, mothers and uncles coming to Christ. That motivates me. If we could add another sponsor today, we can bring another child to hear the gospel and that’s what it’s all about.

What are some of your dreams and visions for the next 30 years?

Back at the turn of the decade, a group of Compassion leaders from around the world asked God to give us a vision for the next 10 years. We had never asked God for that before. We called out to God and asked what His dream for ministry was. God very clearly spoke to us and gave us worldwide a vision that we believe is from the heart of god. That vision is that by 2020 we will care for 4 million children. We care for 1.4 million now. That’s enough to keep you awake at night.

We prayed and sought God, and we all agreed that’s what God was saying. We’re part way to our 2020 vision, and we’re seeing God at work in a big way. But we need everybody to get on board with us. God will need a big army of people.