Most of India’s rural population does not have access to safe water and sanitation. The World Bank estimates 21 per cent of communicable diseases in India are from using unsafe water. Diarrhea claims more than 1600 lives each day.

Illiteracy and lack of knowledge about basic hygiene continue to affect the health of children and adults in many rural communities. This is the case in one such community in the state of Madhya Pradesh, where Compassion has been working to care for 267 children and their families since July 2011. 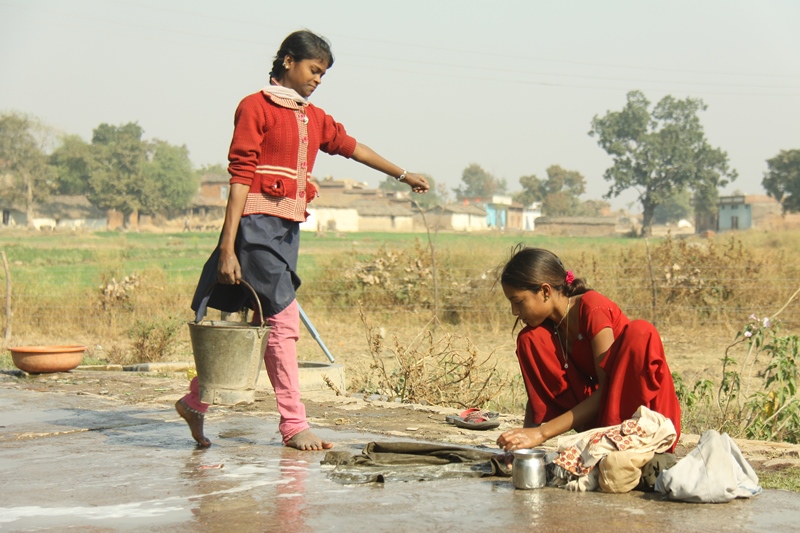 Access to clean drinking water during the summer has remained a big challenge for the people of this community. Insufficient rain over the last few years has resulted in a sudden drop in the ground water level, causing acute water shortage during summertime. The region dry and rocky, causing rainwater to flow into the streams instead of absorbing into the ground. When these streams dry up in summer, the villagers have to walk two to three kilometres in search of potable water because the wells in their village don’t hold water throughout the year.

Initially, it was difficult for Compassion staff to meet the children’s basic needs.

The project used to buy 10,000 litres of water every week. But water is expensive and the amount was still not sufficient to meet the needs of so many children. The kitchen staff tried ferrying water daily from another village.

“It was not easy riding a bicycle with filled water jars on the bumpy village road. I had to travel five times back and forth every day and my health was breaking,” says Rahul, a member of the kitchen staff. 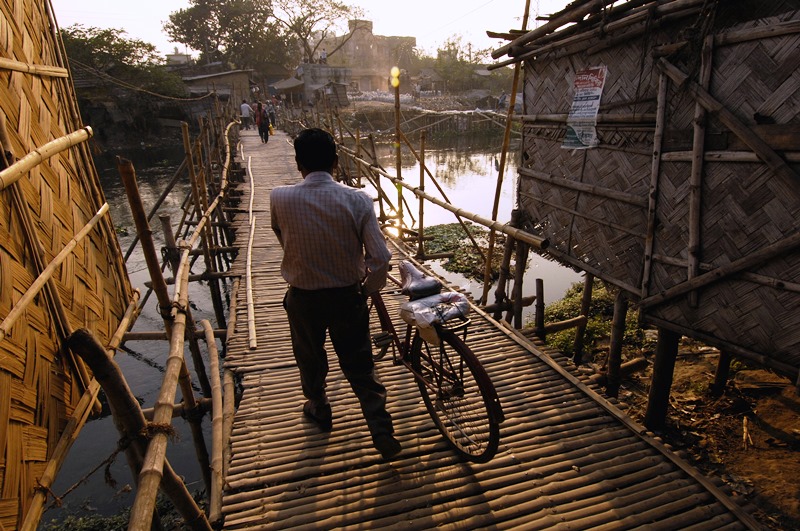 The lack of water and sanitation facility at the centre disrupted normal activities. The girls often went home when they had to relieve themselves. Sometimes, children missed the activities to fetch water for their own families.

“My mother and I would go to fill water in the morning. When we had to wait in the queue, I would be late for school and the centre,” says Dhiraj, a registered child.

When the centre ran out of water, children used well water. Shortly after, they started falling sick with frequent bouts of vomiting, skin infections, and stomach disorders. 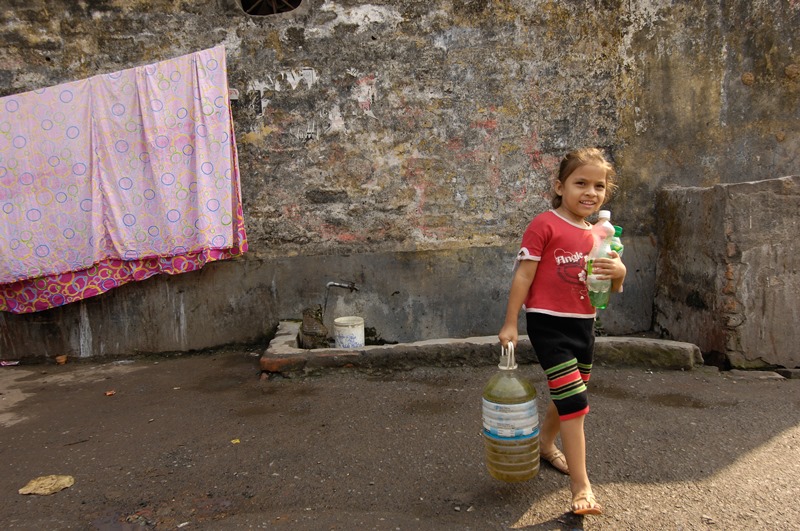 “The well water was smelly. Many children got diarrhea but as there was no other water source in the vicinity, we used to drink from it,” says Rajesh, a registered child.

The centre realized the problem needed to be addressed urgently. Through Compassion’s Response Programs, construction began on a hand pump, digging an open well, installing a water purifier and cooler, buying a generator to pump the well water into the overhead tanks, building a rainwater harvesting structure, and the construction of toilet blocks for the children and staff. 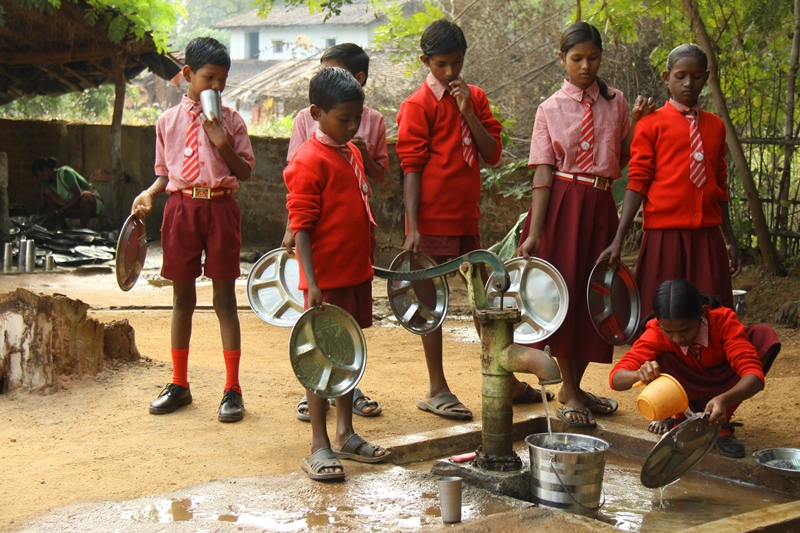 The installation of the water facility and toilet blocks at the centre has brought significant improvement in children’s hygiene and health. The incidence of sickness in children has reduced drastically. Child absenteeism has reduced from 12 per cent in 2012 to 5 per cent in 2013. Children have received water bottles from the centre in which they carry sufficient water to school and do not have to depend on the unsafe water sources like before.

“We no longer drink the well water because we have access to clean water at our centre. In summer, it feels good to drink cold water from the water cooler,” says Rajesh.

Before the installation of the water and sanitation facility, children also lacked basic knowledge of hygiene. Hand washing is not common in the villages and this triggered frequent sickness among the children. The centre now organizes hand-washing exercises periodically to reinforce the importance of hand washing among children. 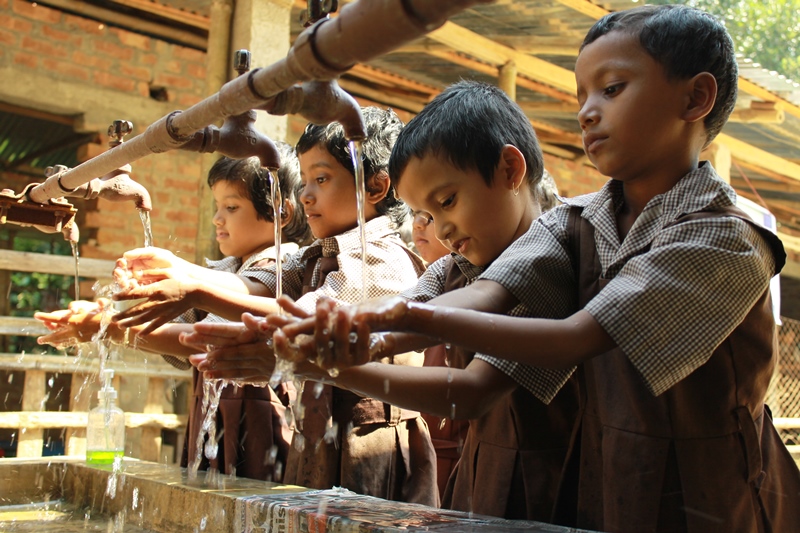 However, improving hygiene habits among the parents was difficult and time consuming. This was addressed during the monthly parents meeting, during which the centre continually emphasized the merits of hand washing toward health preservation, different health and hygiene related issues, and the importance of using toilets instead of going into the groves to relieve themselves.

Today, the water and sanitation facility at the centre not only benefits children, but many families who live in the area. To ensure activities aren’t disrupted, the facilities are opened to villagers for three hours in the morning and evening. Almost 50 Compassion-assisted families are using the centre’s facility at present.

The centre has also made a significant contribution by educating and empowering the community residents to get united for their own cause and voice their concerns at the right place to find a solution. In 2012, the centre mobilized more than 100 beneficiaries’ parents as well as the village committee head and they met the district collector to discuss the water issue. Hearing their case, the matter was referred to the higher level and within a month, some engineers were sent to survey the village. The work order was approved and three hand pumps were installed in three villages surrounding the community. 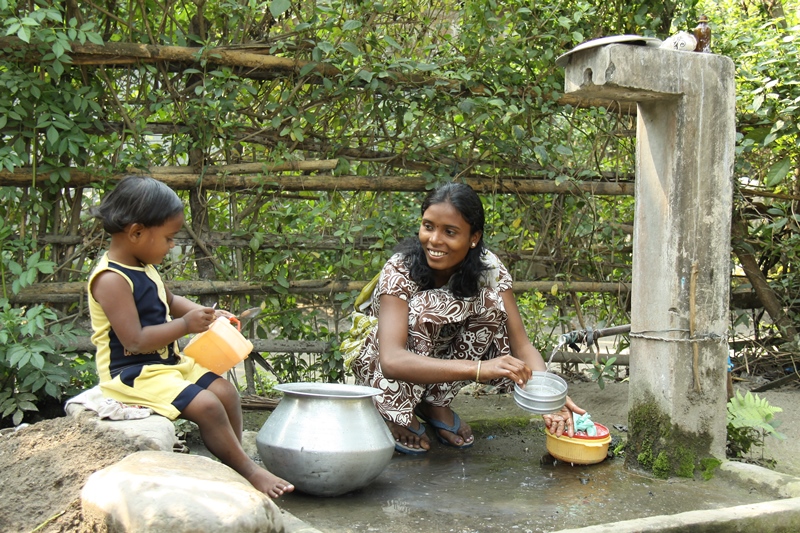 The hand pumps have ensured that villagers no longer have to struggle for safe drinking water. During an open air meeting with the community head and the beneficiaries’ parents, Mohan, the centre’s project director, proposed the idea of digging ditches around the village. He explained this initiative would allow them to collect rainwater which will recharge the ground water and help retain the water level in the hand pumps and dug wells during summer. The idea was accepted and the villagers themselves executed the work of digging ditches around the entire village, especially near the hand pumps and dug wells.

“It has only been a year but the new initiative has proved successful. The community’s wells now have sufficient water even for irrigation. The water level in our community has risen because of this initiative, and it has influenced other community heads in the surrounding villages to replicate our model,” says Mohan.

The wait for safe drinking water in the community is finally over. Many families are gradually coming forward to build toilet blocks at their home–a big mind-set change for the villagers of this community.

Thanks to Compassion’s Response program, children who were once without hope are living healthy lives, sharing their learning at home and educating their peers in the neighbourhood to live a disease-free life by embracing good health practices.

Join us as we work to bring clean water to children across Uganda! Check out Compassion’s water initiatives today.