A look at basketball around the world 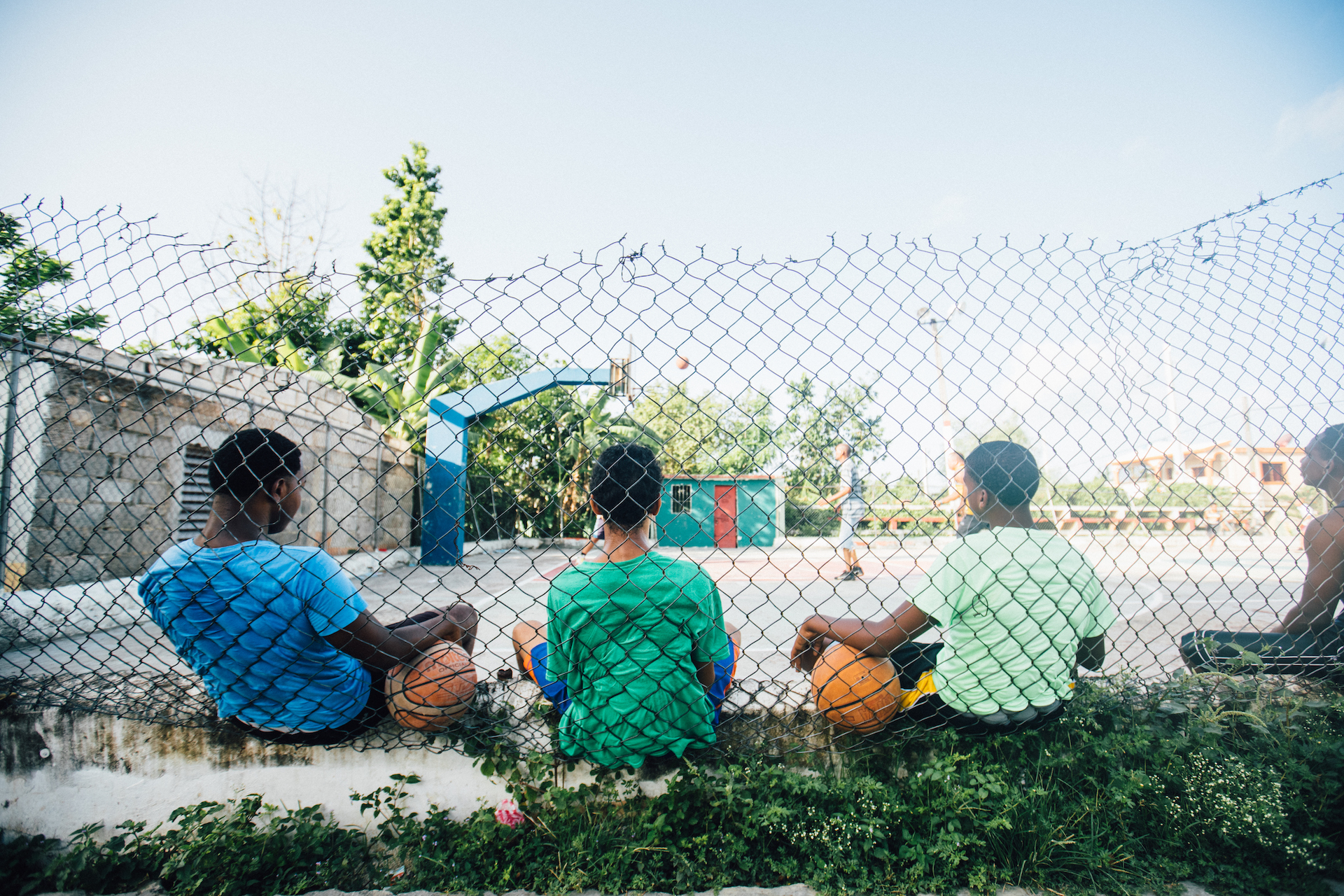 It’s been just over a month since the Toronto Raptors won the NBA championship. Old news or not, I’m still celebrating—and will be all summer!

While football—what we North Americans call soccer—might be the world’s sport, basketball isn’t far behind. Even though every country may not have as many basketball hoops as the Philippines or the United States, spotting a group of kids playing a game of pickup is becoming more and more common.

An increasing number of NBA players come to the league from around the world, and more and more leagues outside of North America are gaining popularity. Kids—no matter where they’re from—have tons of inspiration to play the game and reach for big dreams. 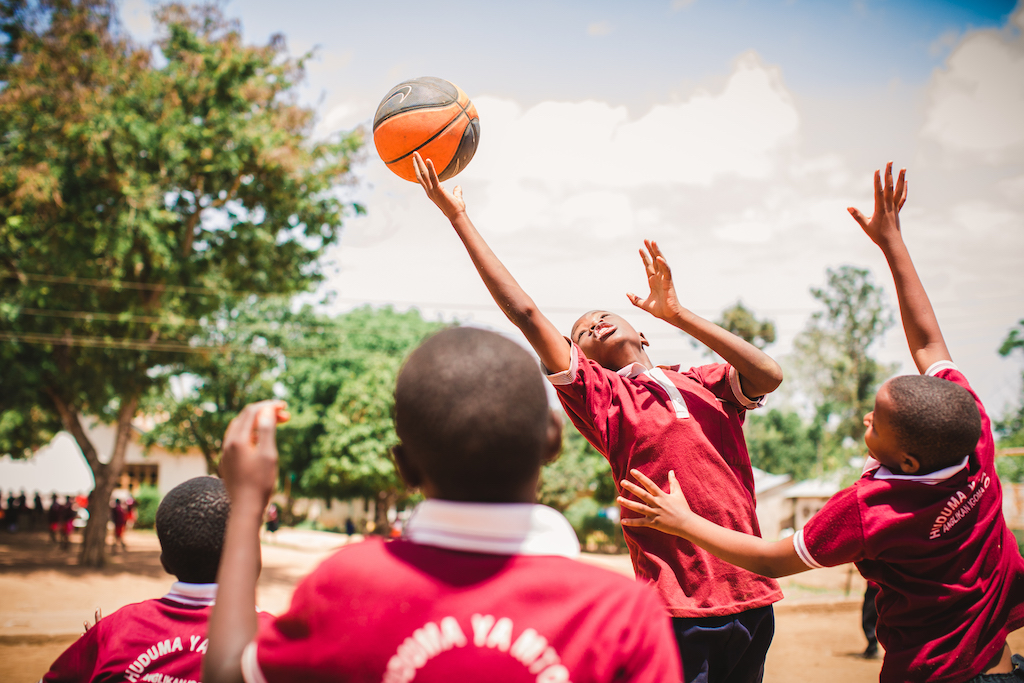 The Raptors’ win got me thinking about how basketball has the ability to bring people together.

I loved seeing so many people, and especially kids, across Canada get excited and inspired by the Raptors. I believe that’s why sport is so beloved around the world—it brings people together regardless of things that might try to keep us apart. Everyone can cheer, everyone can get behind the buzz around a basketball court. Being inspired by your favourite players and getting outside to play is a universal experience. And for many kids in Compassion’s programs, their Compassion centre is one of the few places they can play in a safe environment.

With all that in mind, I thought I’d keep the championship celebration going by sharing some everyday basketball moments from Compassion children around the world. 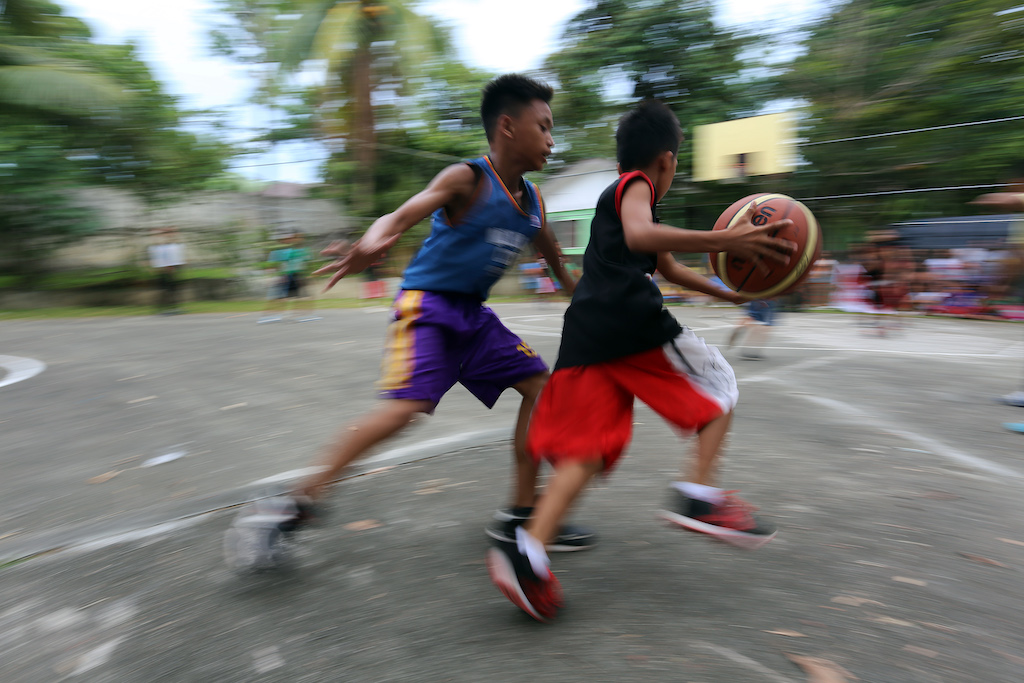 Two boys faceoff in a fast-paced game of basketball at a regional tournament organized by a group of Compassion Centres in the Philippines. These events are a way for kids in Compassion’s program to meet kids from other Compassion Centres! (Photo by Edwin Estioko.) 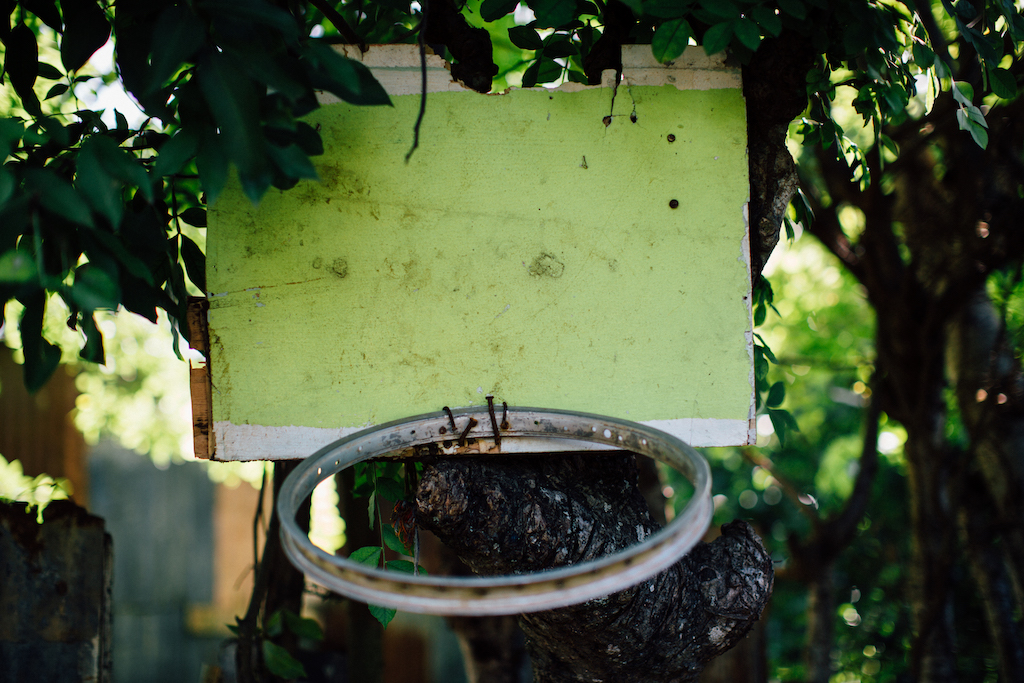 People get creative to be able to play their favourite sport! Makeshift basketball hoops come in all shapes and sizes, like this one in the Dominican Republic. (Photo by Ryan Johnson.) 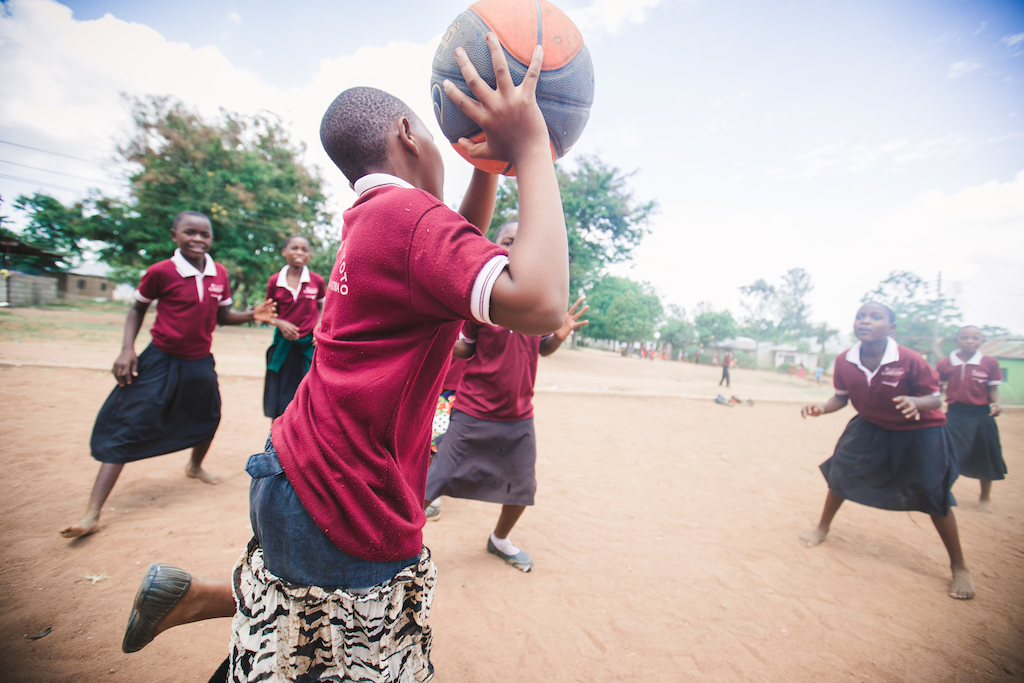 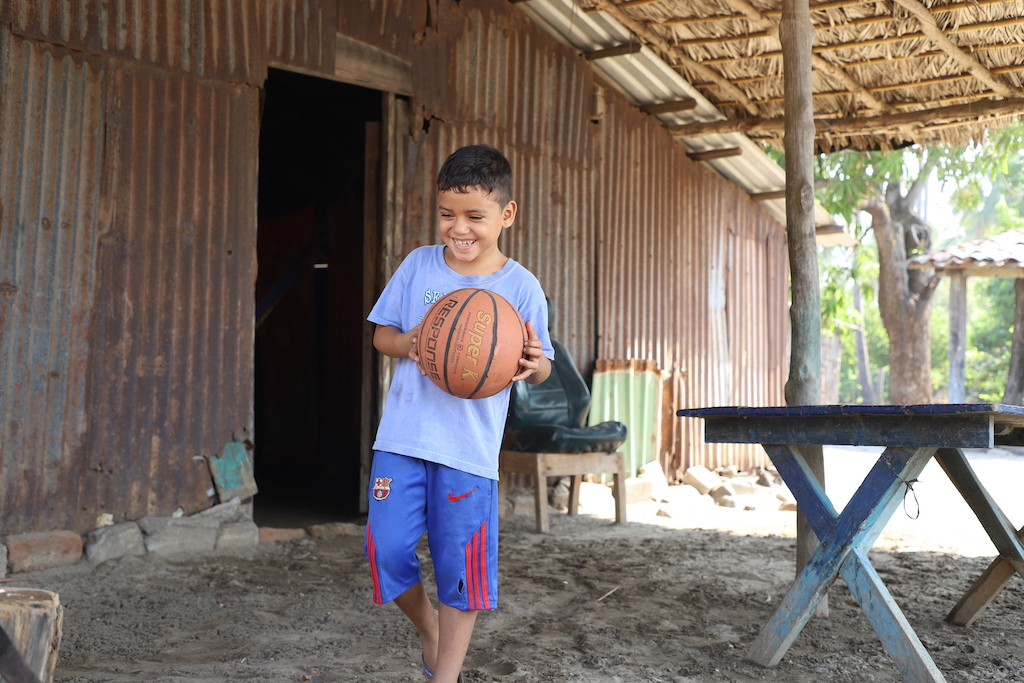 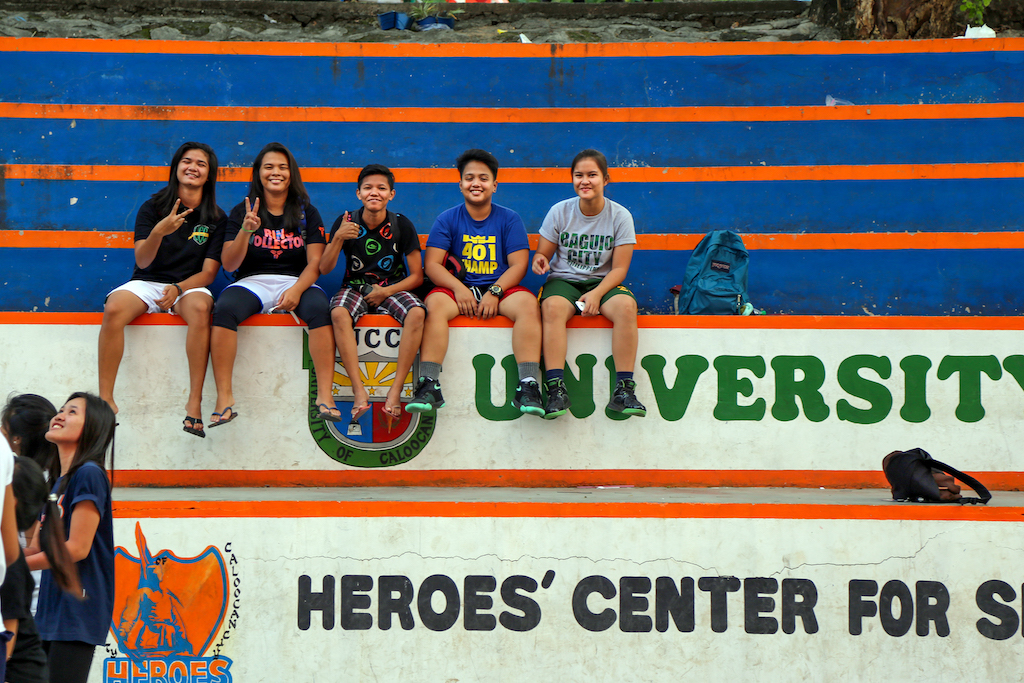 Mary Cris (far left), a Compassion student in the Philippines, sits with some friends while waiting for her turn on the court. She is the captain of her school’s varsity basketball team and sees basketball as a way to share the love of Jesus with her friends. (Photo by Edwin Estioko.) 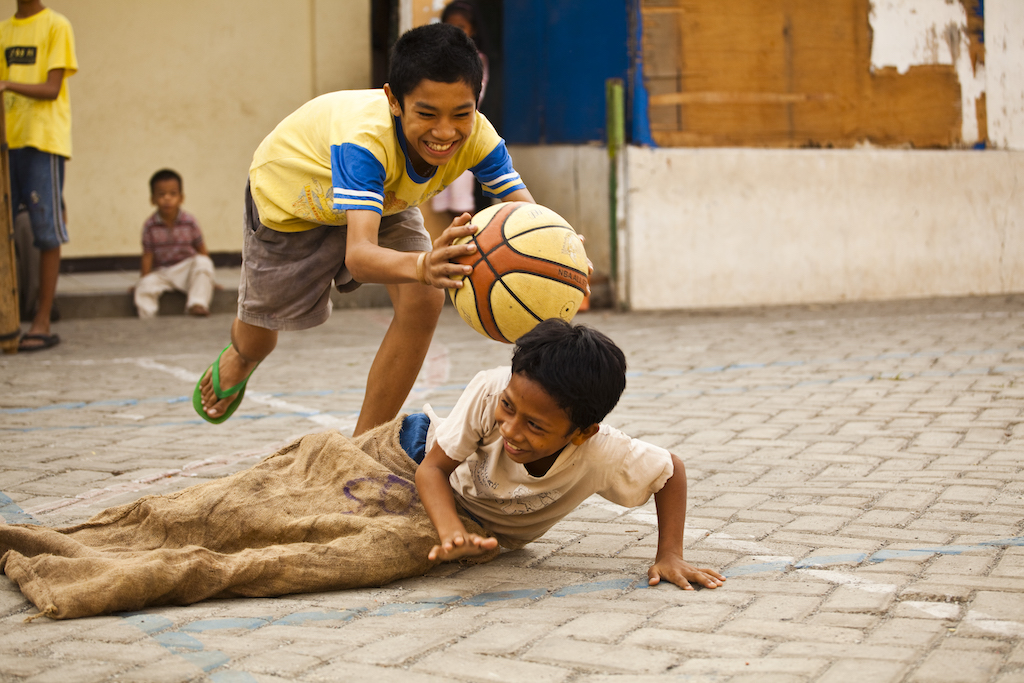 Sometimes a basketball is used in other games, too, as demonstrated by these boys at a Compassion Centre in Indonesia. (Photo by Ben Adams.) 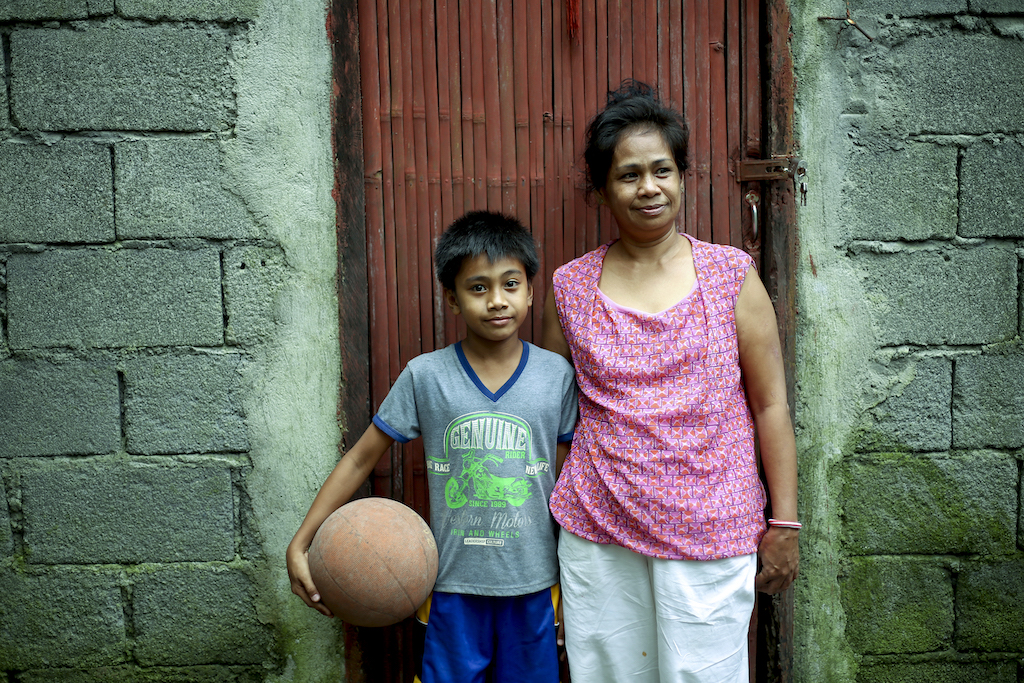 Dominic and his mom, Alicia, stand in front of their home in the Philippines. Compassion helped to rebuild their home with sturdier materials, after their previous bamboo home was destroyed in a typhoon. Of course, Dominic is holding an ever-present basketball. (Photo by Edwin Estioko.) 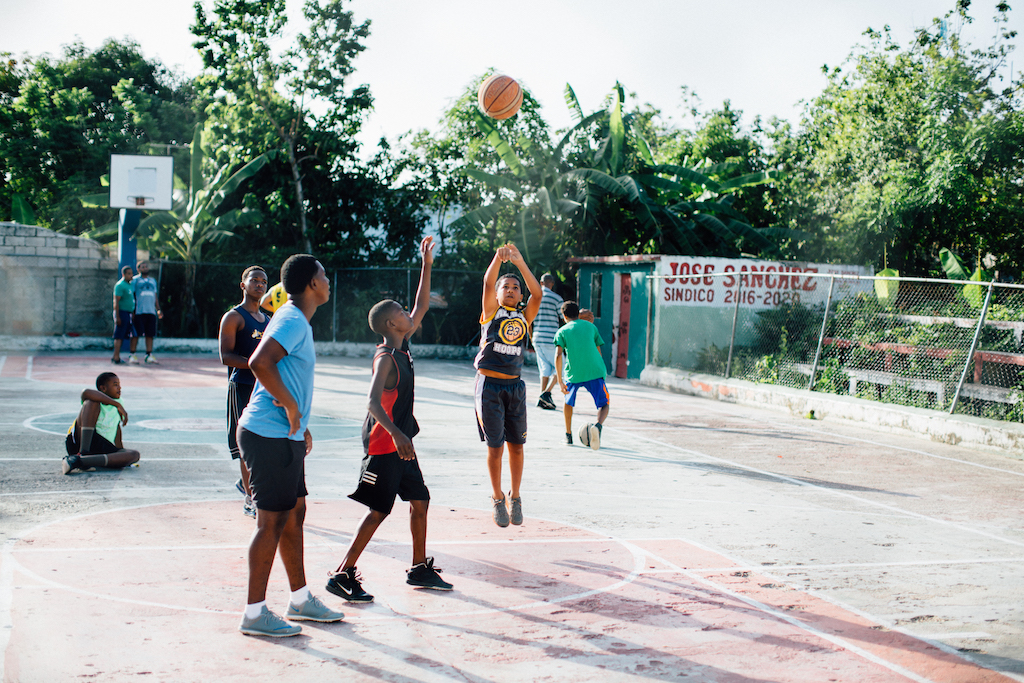 A group of boys play a pickup game at an outdoor court in the Dominican Republic. (Photo by Ryan Johnson.)

Many children living in poverty don’t have the freedom to play, connect and learn safely with their peers where they live. But at Compassion centres based in local churches around the world, children are known, loved and protected—and are able to play and dream.

Will you give a child the freedom to play?